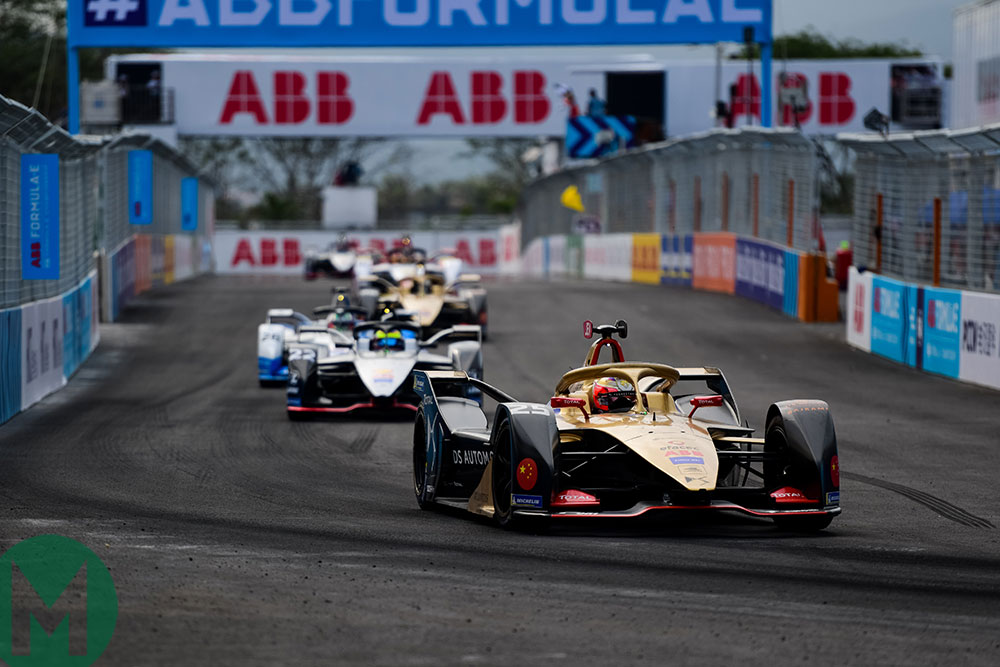 Reigning Formula E champion Jean-Éric Vergne at last got his 2018-19 championship challenge up and running by winning round six, at Sanya in China.

DS Techeetah’s Vergne has a had a frustrating title defence, with even his strongest previous result – finishing second in Riyadh’s season-opener – coming with frustration as he likely would have won that race but for a penalty.

In Sanya’s first race, he ran second from the off behind Nissan e.dams’ poleman Oliver Rowland, then seized the lead from him in a fine ambush move midway through the race. Vergne stayed ahead for the rest of the way. The result means that there have been six different winners in six FE rounds this season.

In something also becoming typical for FE races this season though, there was a red flag interruption. This time it was caused by BMW Andretti’s Alexander Sims, who had been running in the leading group, hitting the wall and stopping on track.

While in another increasingly typical feature of this FE season there were several post-race investigations and penalties meted out. It looked indeed that for the second races in a row the winner could be changed post hoc, as Vergne had not stayed within the required 10 lengths of the safety car during the post-red flag restart. As it was Vergne escaped with a reprimand only.

The other two podium finishers – Rowland and BMW Andretti’s António Félix da Costa – were investigated too, in their case for a mid-race clash. The stewards decided that no further action was necessary.

Vergne’s position in the table suddenly looks more rosy. He leaps up to third place, eight points shy of the new championship leader da Costa who finished third behind Rowland. Da Costa is now a point clear of Mahindra’s Jérôme d’Ambrosio who finished sixth in China.

Points leader entering the round, Sam Bird of Envision Virgin Racing dropped out on the first lap after contact with Stoffel Vandoorne’s HWA. Bird is now level on points with Vergne, fourth in the table.

From the intense drama of Silverstone and the British Grand Prix, attention switches this week to Formula E’s return to London for the first time since 2016 and a new…