Formula E broke through as a magnet for manufacturer interest after the 2016/17 season and the competition’s about to heat up, says Sam Smith 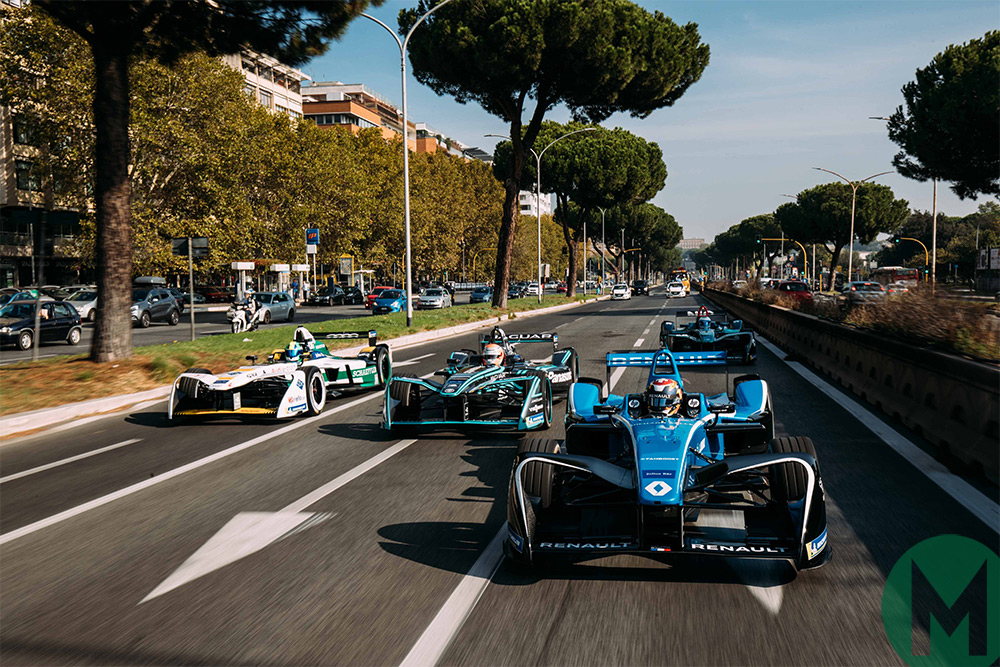 The series now enters a new season at Hong Kong this weekend with its pulse buzzing at an all-time high. But 2017/18 is something of an interim season, one which series founder and CEO Alejandro Agag has readily acknowledged the need to get more eyes and ears on the product.

This generation of FE car will have its final hurrah as the rules cycle approaches its zenith, providing the closest ever season of electric racing action before the 2018/19 season kicks off, with a new ‘generation two’ car package.

That’s the theory but the reality, as evidenced at the official pre-season test at Valencia in October, may beg to differ.

Audi has a clear advantage of 0.3-0.9 seconds, depending on who you asked at the test.

Yet Circuit Ricardo Tormo is a track designed for bikes, and the test was genuinely unrepresentative, in terms of simulation, compared to the usually sinuous E-Prix street circuits. But it still rings true that the new lightweight Audi e-tron FE04 design has the pace of a car that would be quick anywhere.

This, remember, is the first full on Audi factory Formula E programme after the ABT team had run and spearheaded the first three seasons. Its new team principal is a man not known for his pre-season hyperbole – this man is Allan McNish.

“I tend to take the performance with a big pinch of salt until you get to Hong Kong, even until you see qualifying – not even free practice – and then you see where everyone is after the first race.”

So, as McNish attests, the sheer nature of Formula E and all its technical and sporting peccadillos can often scramble the pecking order anyway. This is, after all, the same series which stirred to its season three plot recovery, from a broken leg for di Grassi, two missed races for the champion elect Sebastien Buemi, before that astounding Montreal meltdown for the unfortunate Swiss.

If season four has half of the drama of its predecessor then stand clear and savour. 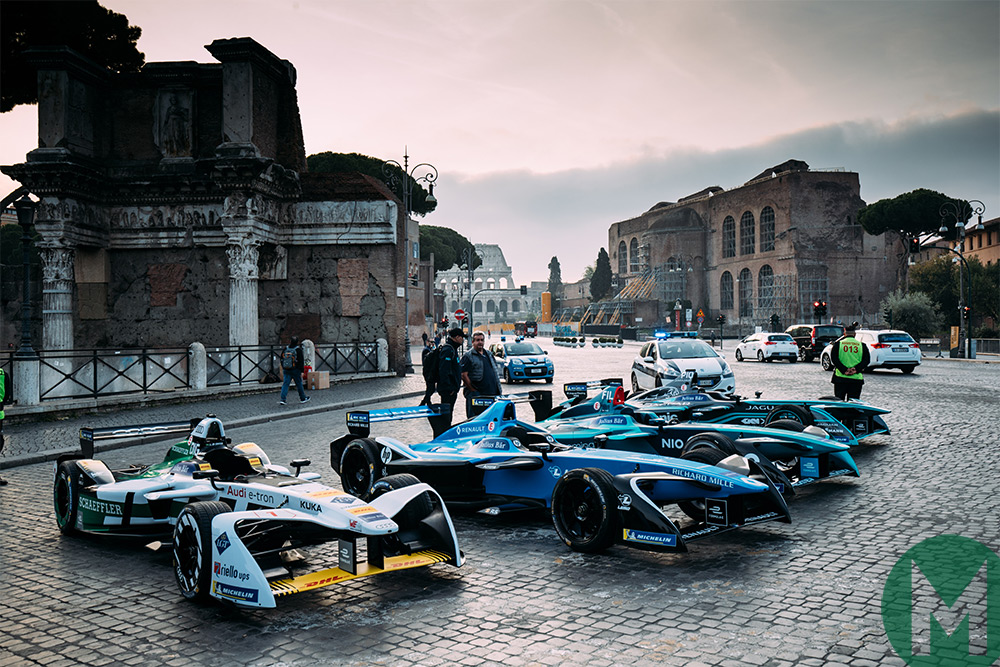 Well, there is plenty new and plenty blue as three teams – Andretti, NIO (nee NextEV) and Jaguar – have remarkably all gone electric blue. That’s sure to have presenters and pundits, such as Vernon Kay of Family Fortunes fame, in something of a funk.

As already stated the newly named Audi Sport ABT Schaeffler squad now has pukka factory Audi status. Its intent has already been shown with a revolutionary change to its season three technical package.

Now down to one gear, and showcasing a sleek carbon casing for key aspects of the powertrain, the team looked frighteningly imperious in Valencia.

With significant weight saved, it means that reigning champion Lucas di Grassi and team-mate Daniel Abt will be able to switch on the front tyres more easily due to a more forward orientated weight distribution.

There was, however, one unforeseen fly in the ointment though as the team packed its equipment for the opening round.

Di Grassi’s engineer Franco Chiocchetti announced his resignation from the team and a replacement will be scrambled next season to make the transition as seamless as possible, once Chiocchetti works out his notice period.

Audi’s nemesis – Renault e.dams – heads into the season without the tag of favourites around its Gallic neck. The three-time teams’ champion has made no significant changes to its package, preferring instead to major on the fifth season when the package makes it debut.

The crux of this matter is that Renault will cease to be in the championship. This is because Nissan will take over the slot after a re-alignment of the Renault-Nissan Alliance sporting strategy was confirmed last month.

Sébastien Buemi has conceded that his outfit, like everyone else’s, is likely to be the chaser, not the chased. This could suit the season two champion down to the ground in a team where he has mostly ruled over team-mate Nicolas Prost.

Last season the Indian Mahindra team was the most improved outfit scoring a debut win at Berlin and three pole positions all gained by rookie Felix Rosenqvist.

The Swede, who has been courted by Chip Ganassi Racing for a possible 2019 IndyCar seat at the team, should add to his wins tally this season.

Along with Nick Heidfeld, Mahindra possibly has the best pound-for-pound line-up on the grid and, with a new one gear set-up and continued support from technical partners Magneti Marelli, it could challenge Renault for second.

On paper this should be a title-challenging outfit but, with little development on its powertrain other than software upgrades, it might be a tough ask for the team to win more than one race this season.

The intrigue around the team is likely to centre on what its future holds, as it has long been speculated that DS Performance, which registered as a powertrain provider for season five, will join up with rival Techeetah for the 2018/19 season. 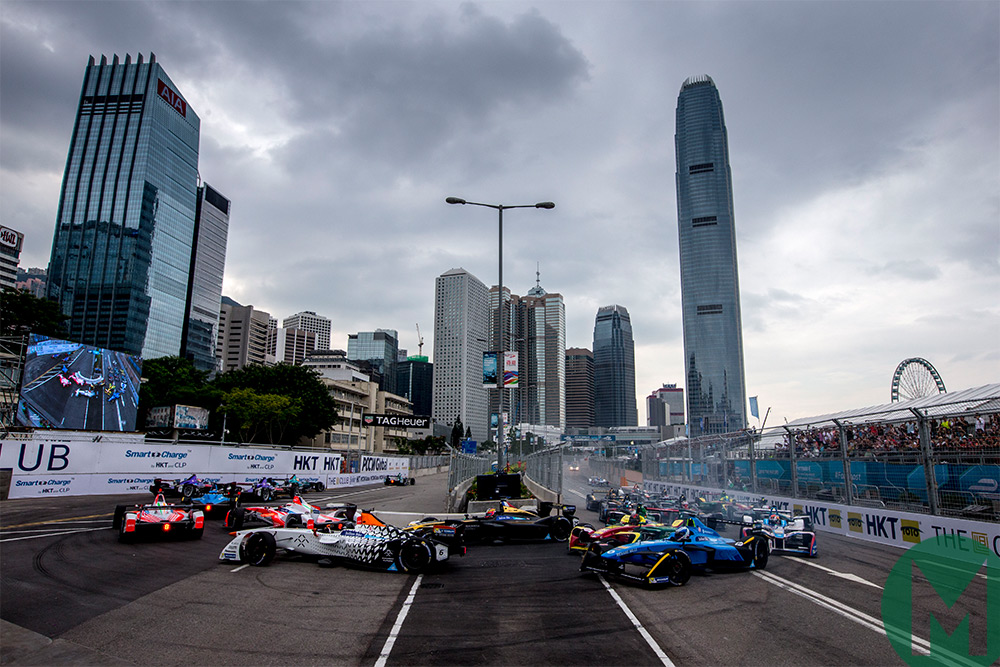 Techeetah, which uses a customer Renault powertrain, is likely to tread water this season after claiming its first win at the Montreal finale last July.

With Jean-Éric Vergne and outgoing Porsche endurance ace Andre Lotterer in the cockpit, it will have two absolute chargers on its hands.

With no testing under its belt, due to the regulatory decree that manufacturer customers must relinquish their allotted test days, the Chinese team will be hard pressed to revisit the top step again this season.

Panasonic Jaguar Racing enters its sophomore year with pressure starting to rise after a low key, at least on the track, first season.

Jaguar was given some necessary and expected slack last season but that won’t be so forthcoming this term as it has geared up for the campaign by signing inaugural FE champion Nelson Piquet Jr.

The Brazilian has had a tough two seasons since he was crowned champion, but looks hungry and motivated with a brace of new engineers – Phil Charles and Paul Davison – whom he has worked with previously in GP2 and Formula 1.

Piquet will have to watch his back, as team-mate Mitch Evans will be plotting how to maintain his top dog status at the team with which he scored 22 of its 27 points after a string of fine performances.

The newly branded NIO team, formerly Team China Racing and then NextEV, could be the dark horse.

A mountain of work has been undertaken by new team principal, former Jordan and Caterham engineer, Gerry Hughes, after the disastrous twin-motor set-up of season two consigned the team to being also-rans.

Now, with Piquet having departed to Panasonic Jaguar Racing, Oliver Turvey is thrust into the de facto role of team leader. The Cumbrian is more than capable of revelling in this position and is, without doubt, one of the (as yet) unsung heroes of Formula E. Turvey’s new team-mate is former GP2 race winner and IndyCar podium visitor Luca Filippi. 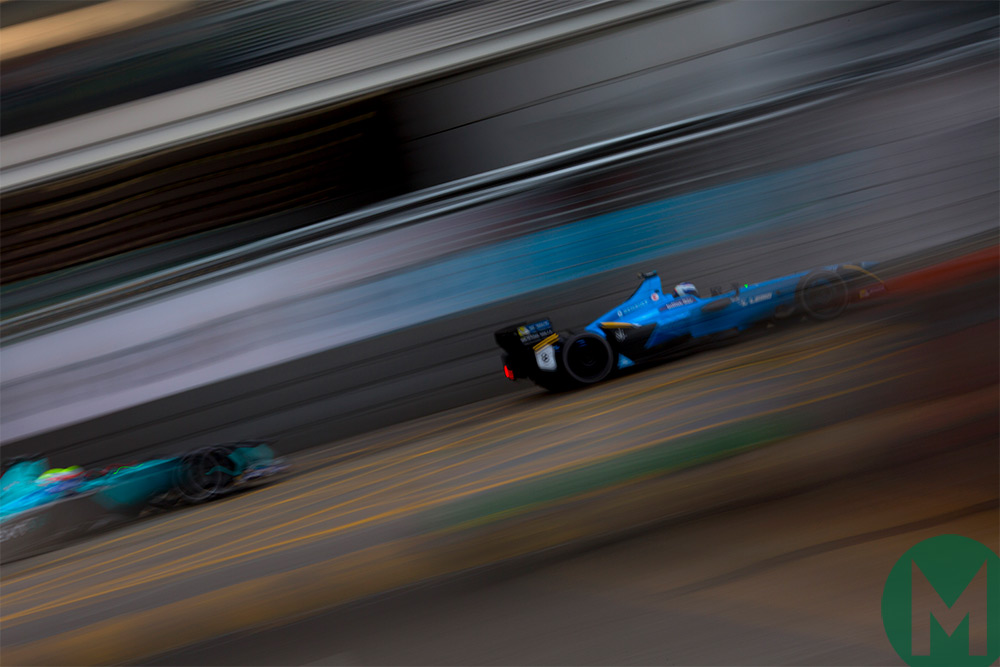 Dragon Racing has said goodbye to its curious and sometimes bizarre technical partners Faraday Future for the new season.

Jay Penske’s team looked set to form a mutually beneficial engineering relationship with Porsche ahead of the Weissach marque’s own entry in 2019/20. This was, surprisingly, curtailed following the Valencia test when Porsche engineers were seen to be integrating into the American team.

How this now sits with Neel Jani, who was drafted in to replace Loïc Duval, remains to be seen. The Swiss ace, given a car worthy of his talents, will make an impact at some stage during the campaign. Jérôme d’Ambrosio, a two-time race winner, stays on for a fourth season.

Andretti comes to season four after a ghastly third campaign in which its ultra-talented duo of António Félix da Costa and Robin Frijns largely fought against an increasingly strong riptide of uncompetitive performances.

Unfathomably, Frijns was shown the door in the summer despite eclipsing his highly rated team-mate more often than not.

It looked like BMW contracted drivers Alexander Sims and Tom Blomqvist would replace the Dutchman, with a shared seat alongside Da Costa.

Then along came Kamui Kobayashi and several dozen lobbyists for the Japanese driver to race in the series.

This was largely led by Andretti’s Tokyo based sponsor. So with a few runs up and down the Donington Park perimeter roads just days before the cars left for Hong Kong, the dextrously talented ex-Sauber and Caterham F1 driver found himself stuck with the unenviable task of learning one of the hardest current racing disciplines on a street track during a double-header weekend. Good luck!

Venturi comes to season four with a fine driving line-up in the shape of Maro Engel and Edoardo Mortara. The two street racing aces could surprise all-comers if they get a reliable car. This was more often than not the case last season but, after chronic gearbox maladies were rectified, Engel proved quick and capable of points.

ZF now provides the gearbox but issues with a rogue batch of components at the Valencia test scuppered any useful progress. All in all, it was a somewhat familiar story for the passionate EV tech exponents from Monaco who, as the manufacturers start to get serious, face an increasingly difficult task to compete inside the top 10.