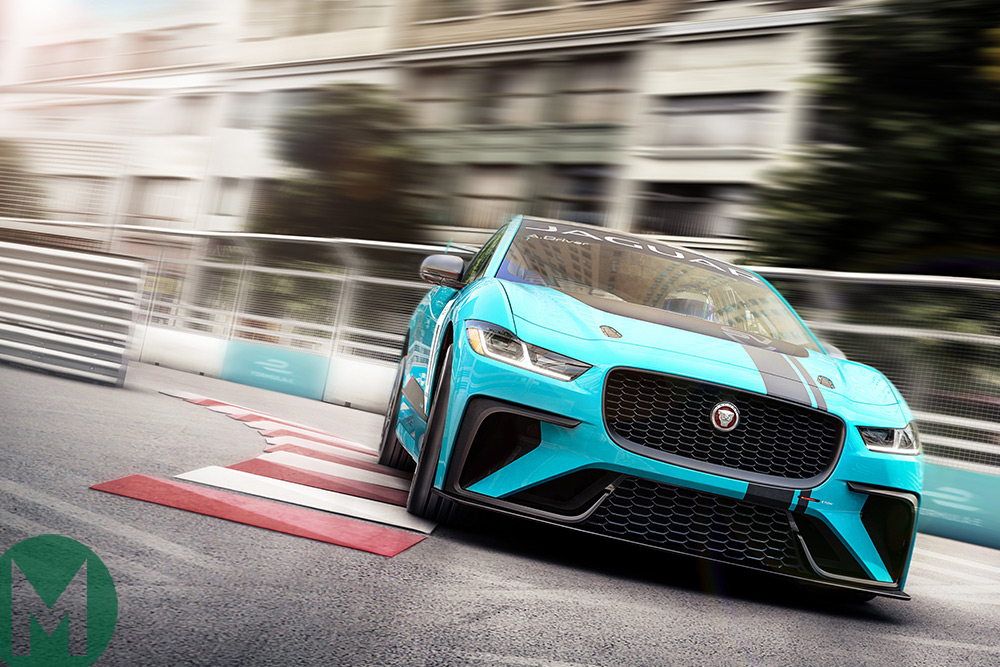 Hailed as a “game changer” at a ceremony at the Royal Automobile Club in central London, Jaguar’s all-electric I-Pace Concept was awarded the Dewar Trophy, which celebrates British engineering achievement.

The I-Pace Concept, which goes on sale in road car form next year, will make its track debut in the support race series for the new Formula E season. Called the I-Pace Trophy the series is claimed to be the world’s first international electric production car series. The inaugural race will take place ahead of the Hong Kong FE race which kicks off the 2018/19 season in December.

Featuring two electric motors and a Lithium-ion battery with a capacity of 90kWh, the I-PACE Concept delivers 700Nm of torque and 400PS and can accelerate from 0-60mph in around four seconds. Its range has a range of 310 miles, although this will be significantly reduced in race form.

The Dewar Trophy is one of the most distinguished awards in motoring which was first presented in 1906. Past winners have included Rolls Royce in 1907 for its 40.5 bhp engine and the British Motor Corporation and Alec Issigonis for the original Mini in 1959. More recent recipients have been McLaren for the P1 hybrid supercar (2013) and Mercedes AMG High Performance Powertrains for the hybrid engine that won the 2014 Formula 1 world championship.

Receiving the Dewar Trophy, Dr Ralf Speth, Chief Executive Officer, Jaguar Land Rover, said:  “The I-Pace Concept is a pioneering vehicle – and it is a great honour that the Dewar Technical Committee has recognised this and given us a cherished place in the pantheon of automotive innovators, once again.”