With a new green title sponsor on board, should Formula E be doing more with its environmental message? 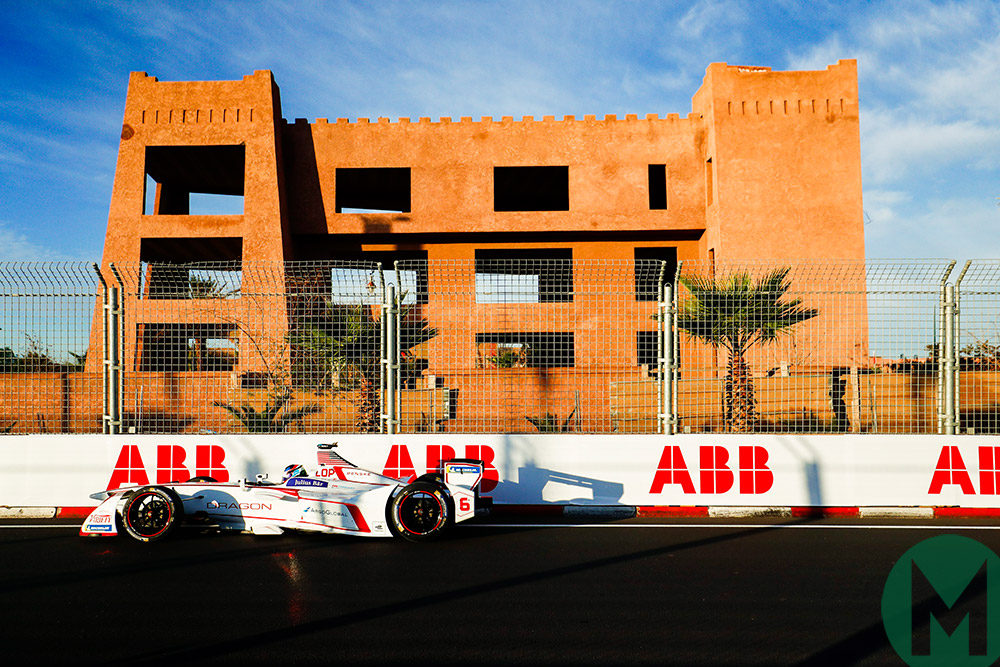 Regardless of your opinion on Formula E’s lack of noise and its choice of venues, the series has undeniably hit the ground running. Attracting manufacturers such as Audi, Jaguar, Mahindra, Renault and, from the 2019-20 season, Mercedes and Porsche, the electric single-seater series is in a position of enviably rude health.

The addition of electronics giant ABB as a title sponsor in a multi-year deal, however, is potentially the biggest coup so far, with some suggesting an annual fee of around $15 million finding its way into the coffers.

It flies in the face of the current motor sport climate, one in which Santander has pulled its $40 million annual sponsorship of Formula 1 and Ferrari to enter the Champions League in 2018; McLaren enters another new season lacking a major sponsor; NASCAR continues to wrestle with Monster Energy to renew its contract and IndyCar has lost the support of Verizon.

By bringing on board a title sponsor that earns nearly $34 billion of revenue per year, Formula E has seemingly bucked the trend. Significantly, it could now turn a profit for the first time.

The results of the partnership, a week after FE made its announcement in London, were instantly clear at Marrakesh, with towering banners sporting the electronic giant’s name lining the circuit for its first round as sponsor.

But it wasn’t immediately clear why billboards sporting the ABB logo were there, or who ABB was. Even the company’s executives admitted that the giant suffers from a lack of identity when it comes to consumers.

“In the past, I think we were too humble as an engineering company to portray what we were contributing, which needs to change,” said Nicolas Ziegler, the head of global brand management, to a reporter from The Drum.

The trouble with longstanding energy infrastructure corporations is that they don’t have an obvious tangible product for spectators to engage with. ABB has been working behind the scenes since 1883, for example, and still anonymous to the wider world.

Those at ABB are adamant that Formula E will help the company shed its clinical image, as CEO Ulrich Spiesshofer’s impassioned speech stated: “Together, we will write the next phase of this exciting sports activity and foster high-performance teams,” he said.

“Together, we will write the future – one electrifying race at a time.”

Back at Marrakesh, ABB’s intentions were set out much more gently. A mock electronic charging station stood next to a model of its new fully electric ‘flash-charging bus’ –complete with battery changing robotic arm, which drops in a fully charged power supply from stop-to-stop.

The company also produces electric car chargers – more than 5000 are present in 56 countries around the world, with a growing business in charging networks. It should be noted that electric mobility isn’t ABB’s priority, but it’s an evolving part of a colossal firm that primarily focuses on producing the backbone behind electric grids, world over.

Those products alone make the reasoning behind its sponsorship of FE much clearer, and series founder and CEO Alejandro Agag’s bullishness over the series’ staying power seems to match comfortably with the tone of Spiesshofer.

Even more fitting is the fact that Morocco, which hosted the first FE round under ABB sponsorship (and the second of 2017-18), produces the fewest carbon emissions per capita out of any location in the calendar, with Chile, Mexico and Uruguay all relatively low CO2 emitters.

Switzerland lifted its ban on motor racing for the first time in more than six decades to welcome Formula E in 2017, and it derives nearly 60 per cent of its energy from renewable sources.

It is puzzling, then, as to why the United States is hosting the penultimate (or final, depending on whether FE secures a double-header on July 28-29) round after the electric grid hits Zurich on June 10.

The country is a thorn in the side of attempts to fight against climate change, with a lack of drive to reduce CO2 emissions and no signs of its leadership tearing the country away from its lucrative stash of fossil fuels; the round in New York seems an ill-fitting way to end the season.

It’s not just the USA. The presence of Hong Kong on the calendar, which sources a negligible proportion of its energy from renewable sources and has a continuing thirst for coal, should place the series at a crossroads.

A Birmingham round has been touted to be FE’s season-ender but, with a sponsor pushing its own green credentials and a series that urges a sustainable low-emission motor sport, perhaps there are more fitting locations than the United Kingdom to host the final two races of the 2017/18 series.

The CEO of ABB also questioned the UK’s motivation to increase the capacity of its charging network at the Formula E announcement in London: “The UK has a big population that really wants to contribute to a greener, more sustainable world,” said Spiesshofer.

“But there’s always a question of whether it’s quick enough. In the next couple of years, it’s in the interest of everybody to make sure the infrastructure is coming up.”

While the series will face questions over the lack of noise, the quality of racing and the choice of circuits, its barometer of success rests on whether FE’s environmentally friendly mission with ABB contains lasting substance. Or whether it will disappear under a smoky cloud. 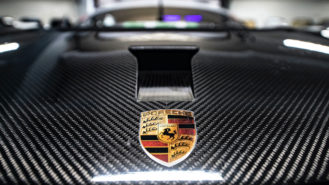 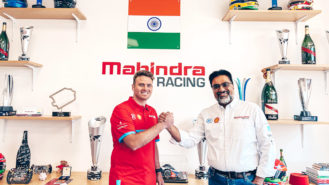 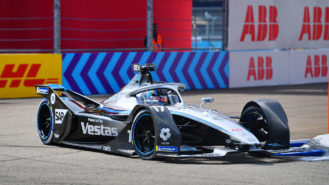