Twenty minutes before I’m due to speak to Oliver Rowland, confirmation lands that George Russell will be a Mercedes-AMG driver beside Lewis Hamilton in 2022. Talk about stealing your thunder. It’s just bad luck that Mahindra Racing chose to confirm its Formula E driver line-up for season eight on the same day the worst-kept secret in Formula 1 – and the biggest driver signing of the season – also went public.

Rowland smiles. “When I saw the Valtteri news [on Monday] I knew this would happen. I’m happy for George.” He even sounds like he means it.

Six years Russell’s senior, it wasn’t so long ago that Rowland was touted as the next young Brit to shoot for the F1 stars. But hey, he’s hardly alone on that score. Another, for example, is the man he replaces at Mahindra, Alex Lynn, who also smacked into that familiar old glass ceiling after showing promise in GP2/Formula 2. By coincidence, both Lynn and Rowland raced for DAMS in 2015-16 and ’17 respectively, with the latter moving into the team’s Nissan e.dams Formula E squad in ’18 when Alex Albon was seconded into Formula 1 by AlphaTauri (née Toro Rosso). That was a stroke of luck for Rowland, whose career prospects at the time looked alarmingly limited.

Now after three seasons with Nissan e.dams, in which he notched up five pole positions, five podium finishes, two fastest laps but just one race win, Rowland has a reputation as one of the fastest drivers in the electric-powered series and finds himself landing back at Mahindra for whom he made a one-off Formula E debut at Punta del Este way back in 2015 as substitute for Nick Heidfeld.

So any lingering regrets that F1 never happened for him? “Not at all,” Rowland bats back. “I’m very happy in myself and also in my personal life. It’s actually quite nice. Obviously the dream was to be in F1, to achieve many great things there, but the closer you get the more you realise it’s not quite as you thought when you were a kid. Of course what Max [Verstappen] and Lewis are doing, that’s what you dream of. However, there’s a very small amount of seats with that capability. 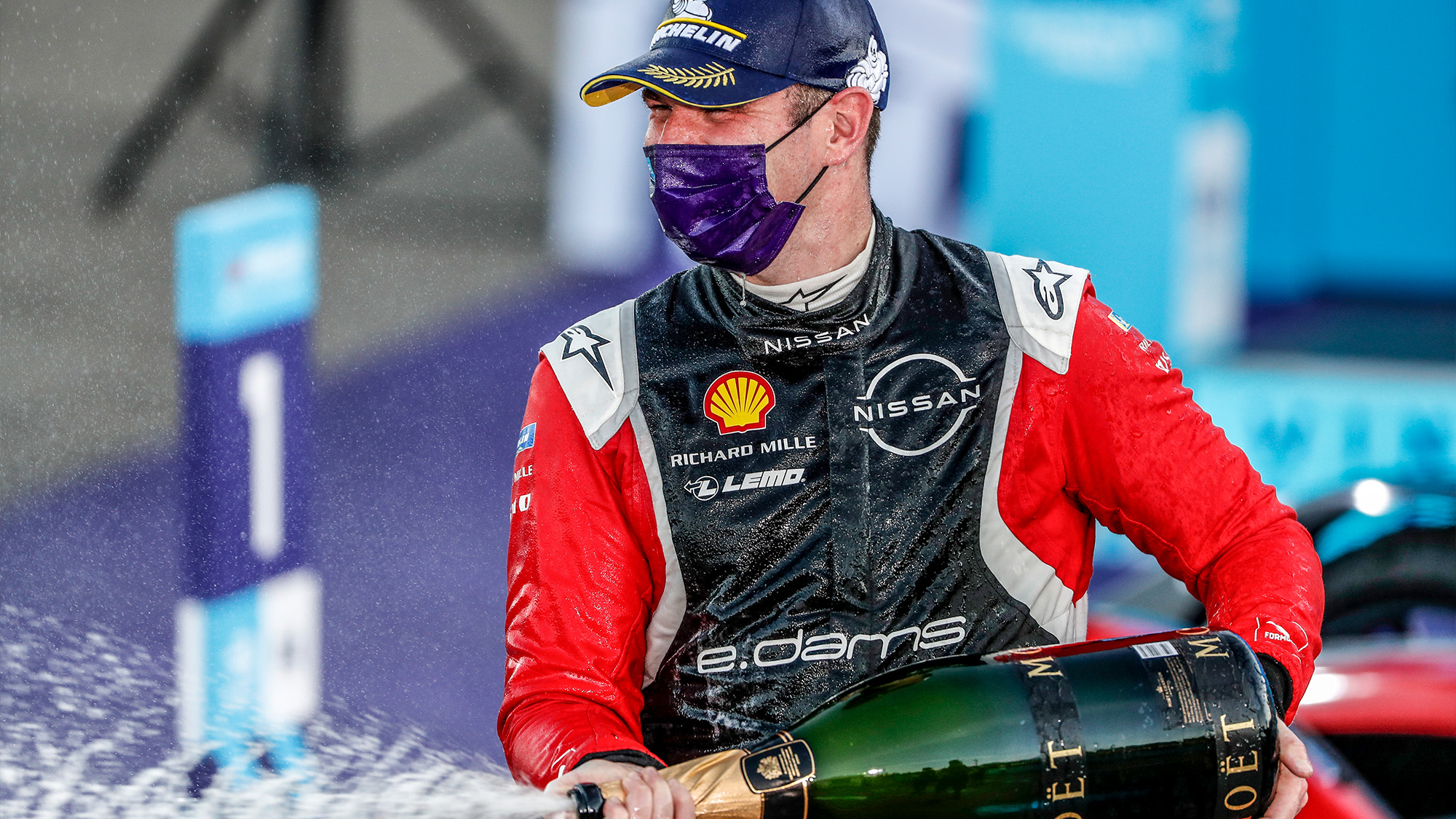 “Ultimately I race because I love competing and want to win. As much as you have that against your team-mate in F1, here almost anybody can win and that’s what I really like about the championship. I’d much rather be doing this than driving around three seconds off the back of an F1 field, to be perfectly honest.”

Mahindra’s decision not to retain Lynn for a second campaign is harsh on the back of a season seven in which the Londoner scored a podium and inherited his first win in the series in his home town, and also took a third place in Valencia. OK, he was only 12th in the final points, but Alexander Sims – who remains at Mahindra for a second season – was down in 19th. From what Rowland says, it’s clear Lynn shouldn’t be taking the snub to heart. The Banbury-based team run by Indian sustainability entrepreneur Dilbagh Gill has been chasing Rowland for some time and it’s been said the deal was done long before the London e-Prix. Whatever Lynn achieved, it probably wouldn’t have been enough for him to be retained. Rowland might have missed out on F1, but he’s hot property in FE.

At first he pursued a new deal with Nissan e.dams, believing quite reasonably that he deserved an early commitment from the team to keep him beside Sébastien Buemi for a fourth season. But that commitment didn’t come – and like most racing drivers, Rowland wanted to feel loved. Gill took his opportunity to strike.

“I was very keen early on to get things sorted [with Nissan e.dams] even post-Berlin season six [last summer] because I didn’t want to go into season seven worrying about doing a new deal,” says Rowland. “To be honest, at the time I just wanted to sort something out so I could have a really clear head for season seven. Unfortunately that didn’t materialise very quickly and when that happens you start to have other discussions, and then immediately it became very clear… I liked that I was wanted.”

Rowland says he had other options too, that he’s chosen to come to Mahindra, just as Sims did last year when he defected from Michael Andretti’s BMW squad. It’s a sign of the growing regard Mahindra is now held in, particularly since it has expanded into a well-equipped and large new base just off the M40 in Banbury.

“Over the past three years they have shown a good and decent amount of progress,” says Rowland. “The question mark going into season seven was did they have enough efficiency for Formula E because in season six it looked tough for them at times. But last season they improved that side.

“I’m well aware it’s an extremely tough championship and to perform at the top you have to be on top of every aspect. Given those improvements and their performance I thought it was a good time to move and hopefully I can make a name for myself. There have been people here in the past like Pascal [Wehrlein] and Felix [Rosenqvist] that really shone and it did them a lot of good. So that’s why I decided to come here.” 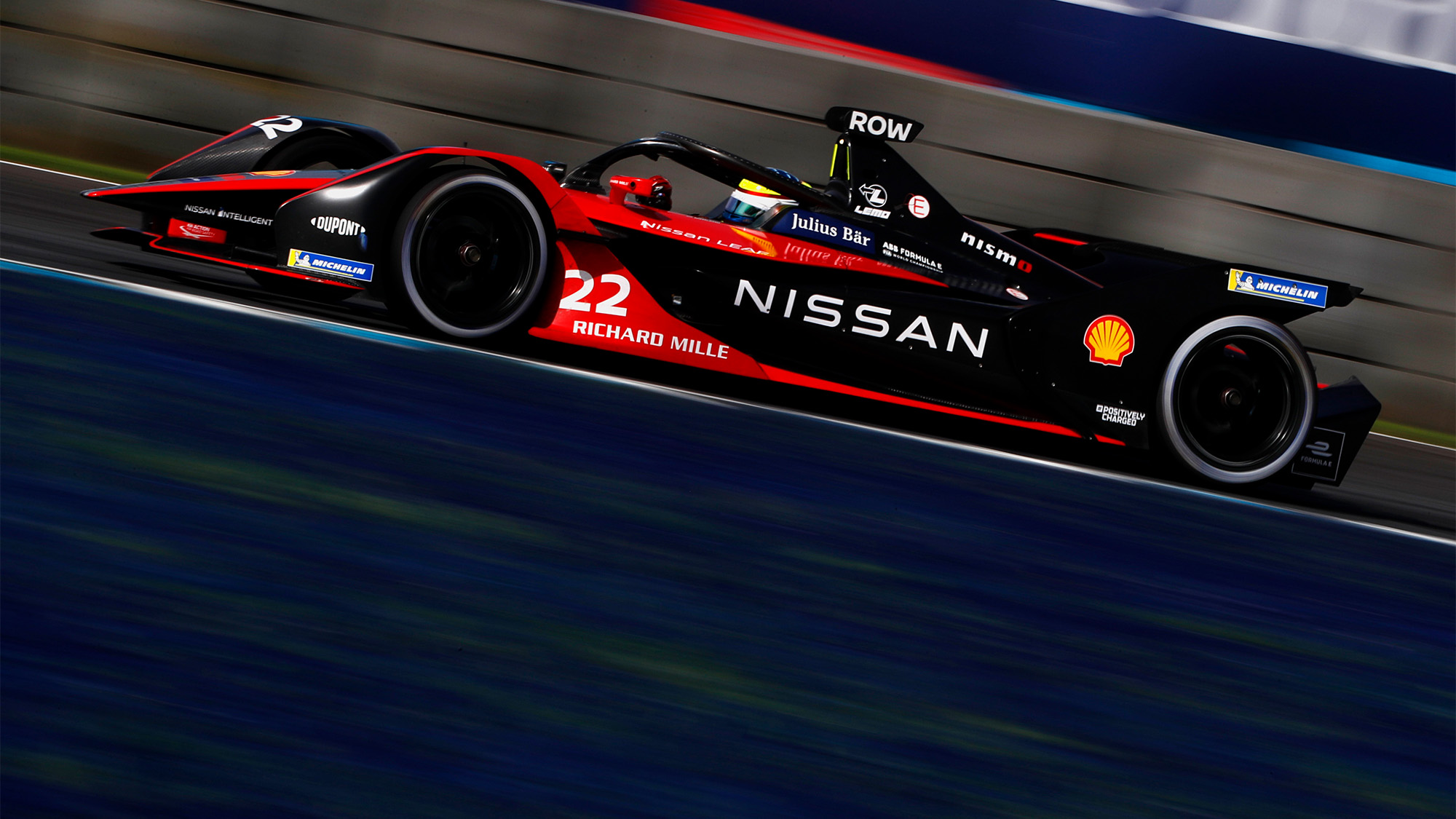 When an early contract with Nissan didn’t materialise, Rowland began talking to Mahindra

Rowland by reputation is an edgy character, but at 29 it’s reasonable for him to expect that he can now throw off his old persona as a slightly troubled soul. He almost rolls his eyes when I dredge it up… “People always say that and revert back to many years ago,” he says. “It’s probably 10 years ago when I was a bit of a rogue coming into Formula Renault from karting. Since I won the Renault World Series [in 2015], went to DAMS in F2 and did a very good job there, then had my chance at Nissan, I think I’ve shown my speed. In the beginning I was young and crashed a little too much when I arrived in Formula E, but I’ve got more of a mature approach now I’m slightly older. I’m at that age where I’ve learnt from what I’ve done wrong, but I still have a bit of youth. Hopefully I’m in a good stage of my career and I actually feel really good in myself. I’m pretty excited.”

That more mature approach is shown in his attitude to new team-mate Sims, similarly well regarded in Formula E but who is coming off the back of a frustrating season seven. “I’m really looking forward to working with him,” says Rowland. “It’s always nice to have a new team-mate. It’s different when you are in the junior formulas when you just want to kick your team-mates’ arse and that’s the main goal. Your team-mate is your main reference and while you are trying to prove yourself as a driver that’s very important.

“However, what I’ve learnt in Formula E is you need two guys pushing in the same direction. You can’t do it on your own. If you look at the guys who have succeeded in Formula E, the last three teams’ championships have gone to DS Techeetah and Mercedes this year, and they had two strong drivers fighting at the front week in, week out. There are going to be times when I will be struggling in free practice and that’s when you need the other car up there, giving the reference and data for the engineers and me to learn from. That’s very important. I’ll be here to give him as much support as I can to drive the whole team, plus him and me, forward. Hopefully that is reciprocated as well.”

Rowland claims he’s fully focused on season eight, which begins in Diriyah, Saudi Arabia on January 28/29, and won’t discuss the length of his new deal. But he’ll obviously have considered season nine in 2023 when the new Gen 3 era begins. Mahindra was the first team to commit to the next generation, which will feature more power and fast charging. Rowland too is invested in FE and unlike many of his rivals, claims he isn’t even thinking about a dual campaign in sports cars.

“I love it,” he says of FE. “For me it’s one of the biggest challenges I’ve ever faced as a driver. Because of the nature of the circuits it equals up the performance between the cars, especially over one lap. For me it’s amazing to be racing against these guys. There are a lot of guys who should have been in F1 and should still be in F1 in terms of speed and ability. It’s just a pleasure to race against them.”

Derek Warwick saw something of his younger self in Rowland and took him under his wing when Oliver was making his uncertain way on the junior slopes. Like the grand prix veteran when he was on his way up, Oliver was something of a ‘rough diamond’ back then. At Mahindra, he’ll be hoping those rough edges have finally been smoothed off and now it’ll be time to sparkle.