Denis Jenkinson’s company car was the star of the show at a sun-drenched celebration of all things Jaguar E-type at Shelsley Walsh last week.

Those without close ties to Motor Sport Magazine, may highlight instead a rare public appearance of E2A, the so-called missing link between D and E types, while others may opt instead for a first UK sighting of the fully restored original racing E-type BUY1, run by John Coombs at Oulton Park in 1961 where Roy Salvadori brought it home in third place. Film fans would undoubtedly choose the red E-type from The Italian Job as the show-stopper.

And those were just some of the cars in the paddock: in the public car park, hundreds more E-types had made the journey to help celebrate the 60th anniversary of the sixties icon.

The event, called E-type 60, was the brainchild of publisher and E-type enthusiast Philip Porter and organised via the Jaguar E-type Club. “The E-type is an intoxicating mix of pure automotive sculpture, thrilling performance and a great heritage. Our E-type 60 event at Shelsley Walsh Hillclimb is designed to be a fitting tribute to the sensational E-type and a fabulous celebration of the car and the period into which it was born, a period when people and cars could be free spirits.” 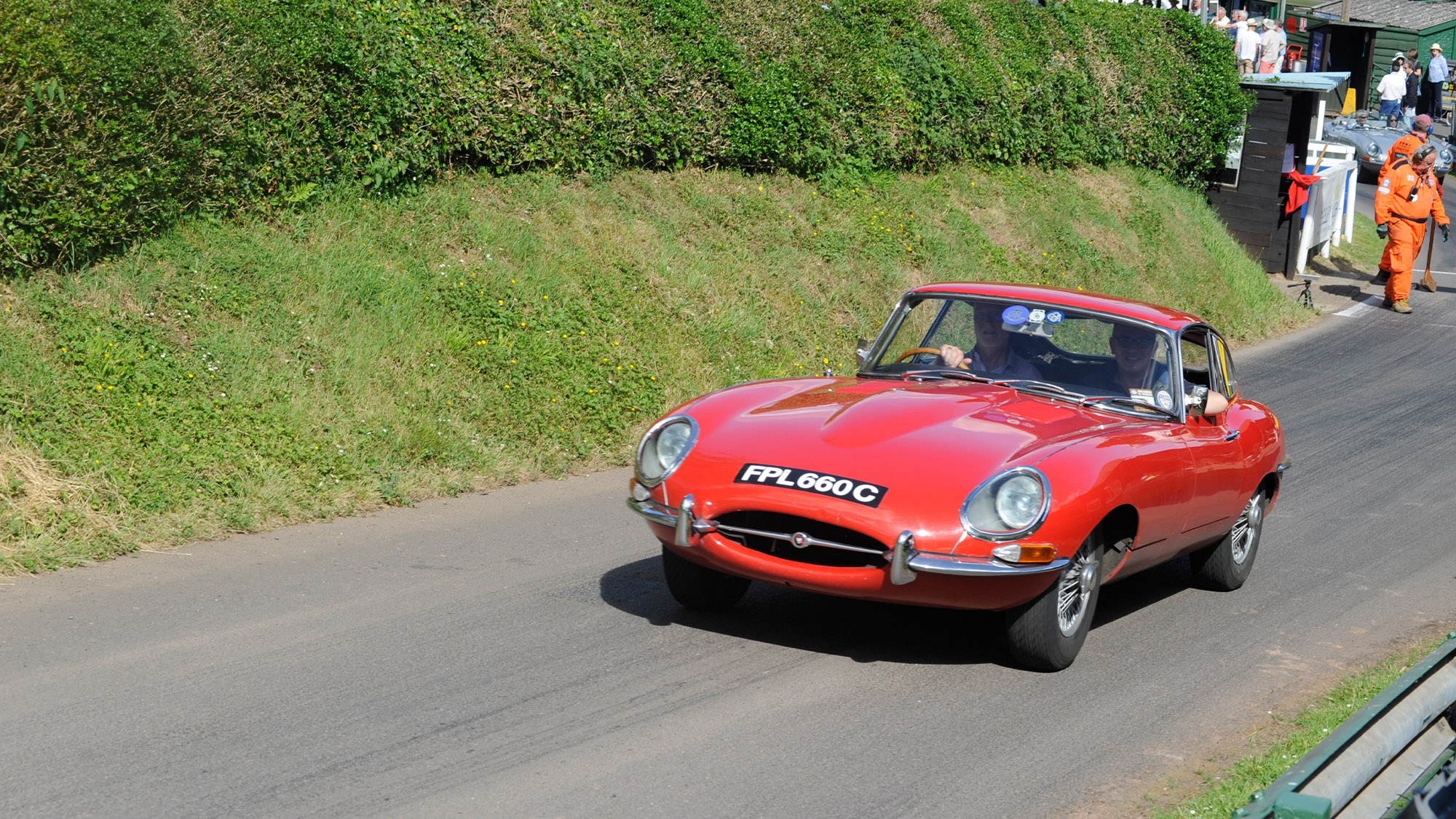 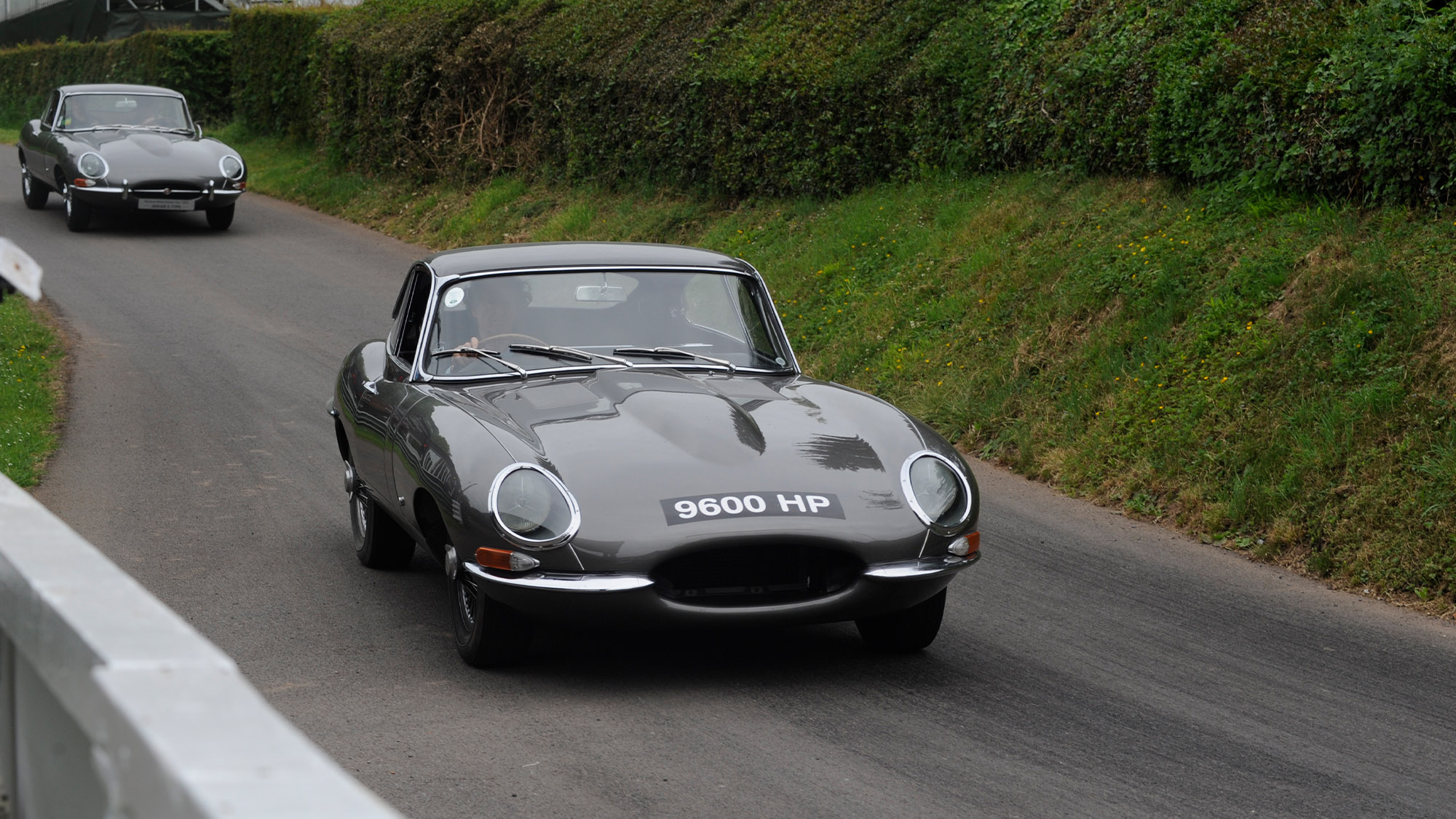 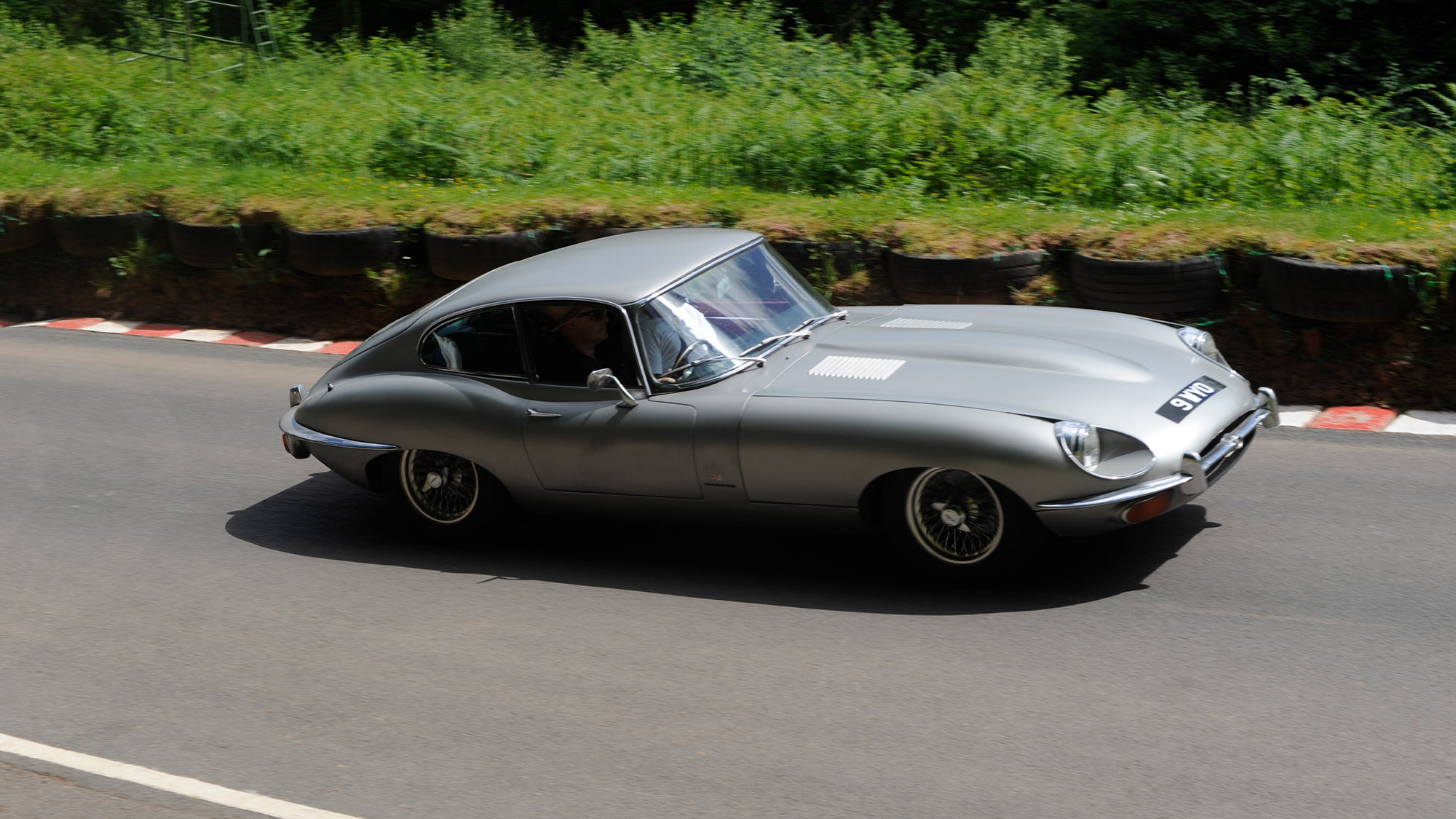 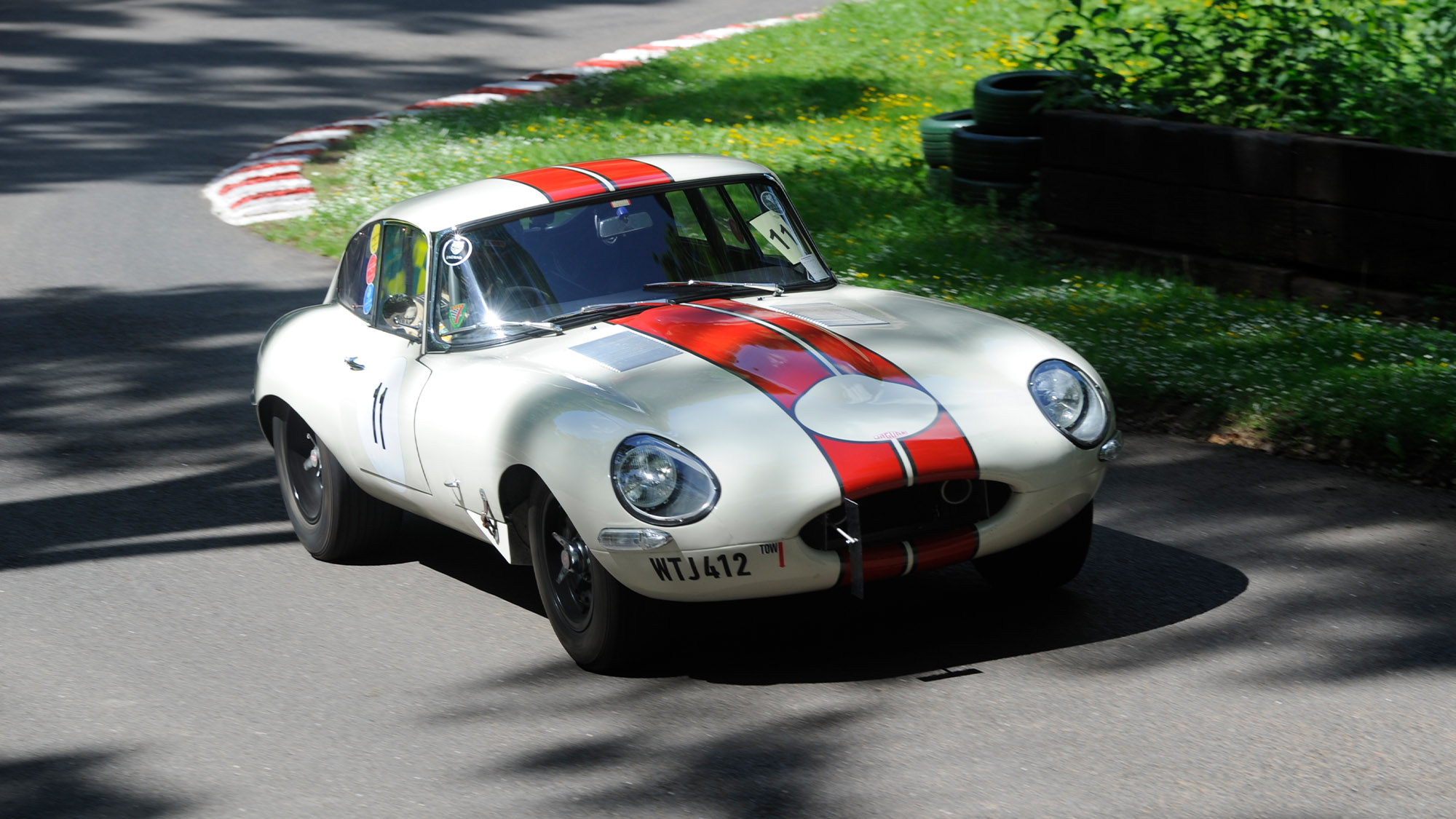 Another major draw on the weekend of June 12-13 was 9600 HP. Originally built as a prototype, 9600 HP was famously driven on a mad dash from Coventry to its display stand at the Geneva Motor Show in 1961 by Jaguar PR man Bob Berry. He made the 700-mile journey with just minutes to spare.

Given its sprint history it was only right that 9600 HP was the first car to tackle the hillclimb on the Saturday, and it was followed by both E-types and other period cars over the course of the weekend.

In keeping with the atmosphere of the Swinging Sixties, visitors wearing period outfits also got the chance to hear from racing legends including Richard Atwood and Paddy Hopkirk via a live stage show as well as interviews with Mary Lyons, the daughter of Jaguar founder Sir William.

Meanwhile the sense of madcap fun, given extra poignancy by the fact that for many this event marked the return of large scale gatherings since the easing of lockdown, was emphasised with a re-enactment of scenes from The Italian Job complete with period Minis, Vespas and of course that gold-laden coach.

As for Jenks’s E-type, the car which was registered to Teesdale Publishing, the former owner of Motor Sport magazine, and used by DSJ in his role as continental correspondent, made several runs up the hill driven by current owner Roger Falcon.

Motor Sport editor Joe Dunn took the passenger seat on one of the runs: “This car has been to Monaco to see Graham Hill take his third consecutive victory, it’s seen Jim Clark win the French grand prix, and witnessed Gurney, Amon and McLaren compete at Le Mans. It might not be the most valuable or have the most important race history of all the E-types here this weekend, but it captures the unique spirit of the car and it is great to see it here among many others.” 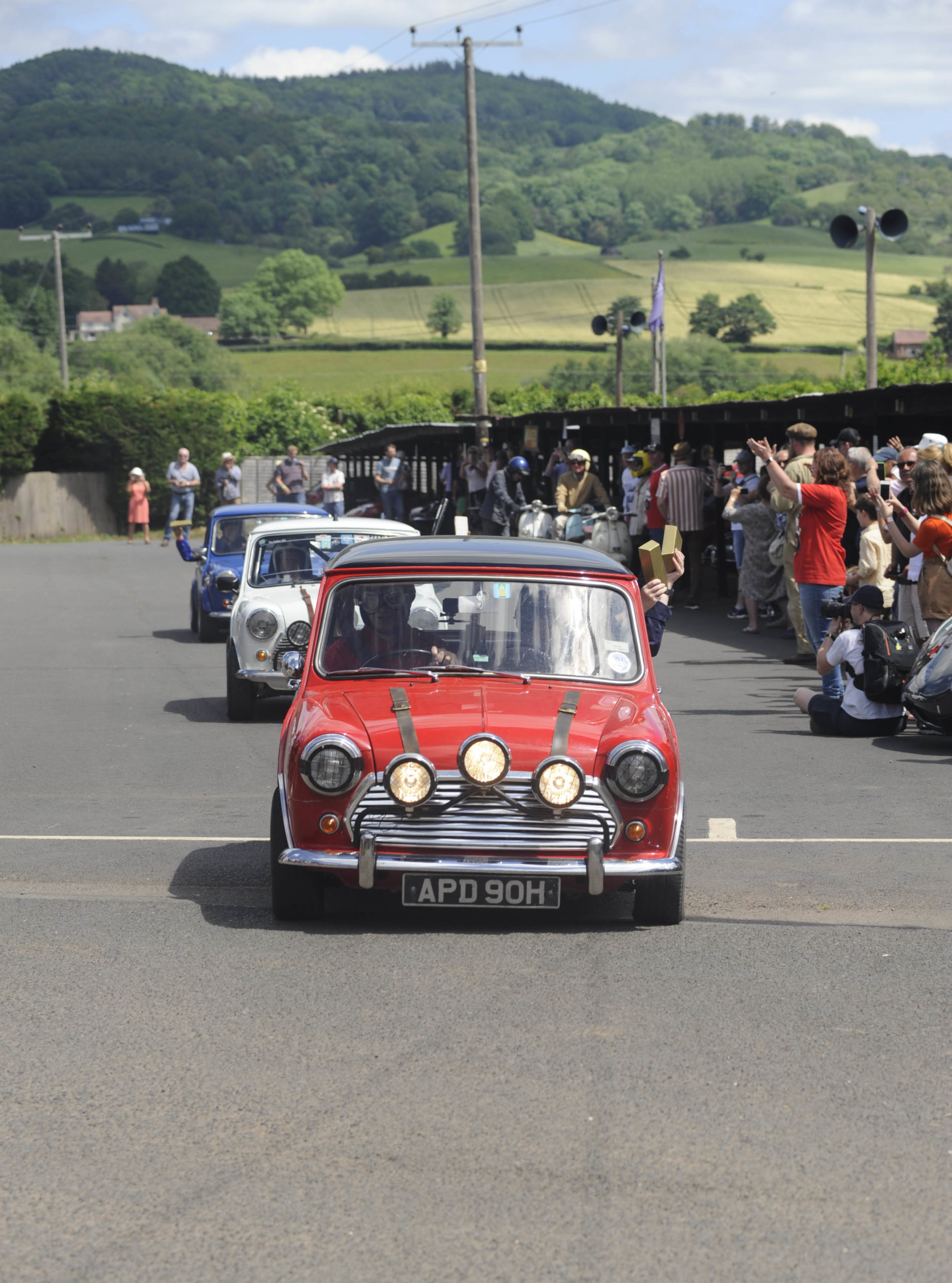 Italian Job re-enactment included Minis, Vespas and the E-type used in the film