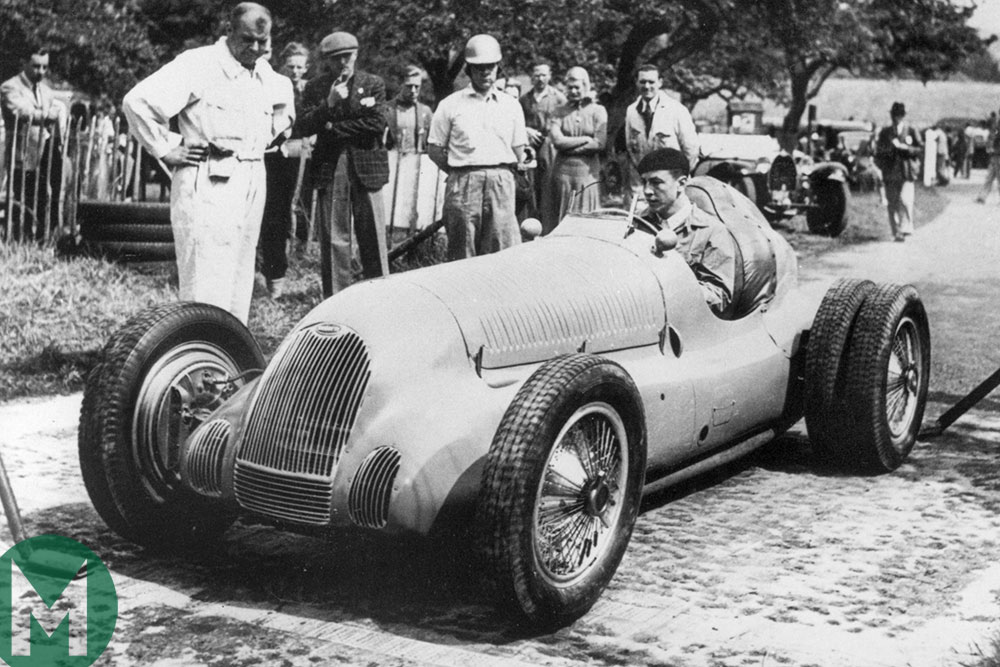 Images courtesy of The Bugatti Trust

A world-famous Works 59/50B Bugatti is set to return to Prescott hillclimb for the first time in 80 years, as part of a special exhibition this summer that celebrates the Bugatti Owners’ Club’s 90th anniversary.

The car will be on display at the Bugatti Trust as part of its summer exhibition ‘Jean Bugatti and Jean-Pierre Wimille – Prescott 80 years ago’, which will run until September this year. The exhibition is one of a number of festivities marking 90 years since the founding of the Bugatti Owners’ Club, the oldest Bugatti club in the world. The club also owns and operates Prescott, as well as being based there.

This year also marks the 80th anniversary of a remarkable part of Prescott’s history. On Sunday July 30, 1939, it held its first ever international meeting, a Bugatti Owners’ Club event, and this very returning Works monoposto Type 59 fitted with an 8-cylinder supercharged 4.7-litre type 50B engine Works 59/50B Bugatti not only took part, legendary grand prix driver Jean-Pierre Wimille was behind the wheel.

Jean Bugatti accepted an invitation to attend the 1939 Prescott hillclimb meeting and he brought with him his famous works driver Wimille, who was fresh from winning the Le Mans 24 Hours for the second time.

The 59/50B had without doubt the most powerful engine built by the factory and was fitted with twin rear wheels specially for the Gloucestershire hill climb’s challenges.

Motor Sport’s report from the event at the time called it “a truly beautiful car.

“So wide was it, twin shod at the rear, that it could not use the return road,” the report continued. “Wimille wore a beret and drove with great care and polish, clocking 46.69sec on his second run, after an initial ascent in 47.50sec, excellent times on this course for such a powerful car.

“Afterwards, Wimille watched other climbs in company with Earl Howe and Jean Bugatti.”

Despite the unsuitability of his car Wimille still got the event’s second fastest time, shy only of Raymond Mays’ ERA which stopped the clock at 46.14sec.

Afterwards Jean Bugatti wrote to apologise for using such an incompatible car for the course and promised to return the following year with one of his new 1-litre machines. 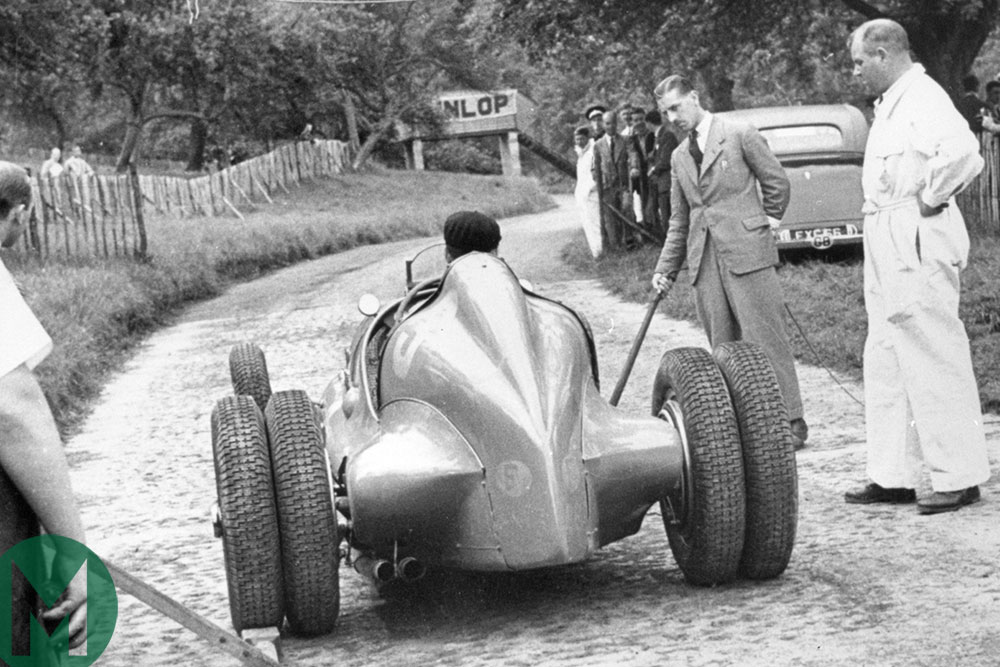 The onset of the Second World War just five weeks later ensured this was not to be; further the 59/50B was only driven one more time, in 1945 again by Wimille at the Coupe des Prisonniers in the Bois de Boulogne in Paris.

It was retained by the factory until it was acquired by the Schlumpf brothers for their Cité de l’Automobile museum in Mulhouse, France. It has now been loaned by that collection to Prescott.

This year’s anniversary events also include the Bugatti Trust joining the festivities of Prescott’s popular annual French and Italian themed ‘La Vie en Bleu’ weekend, taking place on May 25-26. It is anticipated that over 90 Bugattis will be present at that.

“We are delighted that the Works 59/50B Wimille Bugatti will make an historic return to Prescott,” said general manager of the Bugatti Owners’ Club, Chris Rogers. “The Bugatti Owner’s Club and Prescott Hill Climb have played a significant role in the history of the car and its famous French driver Jean-Pierre Wimille.”