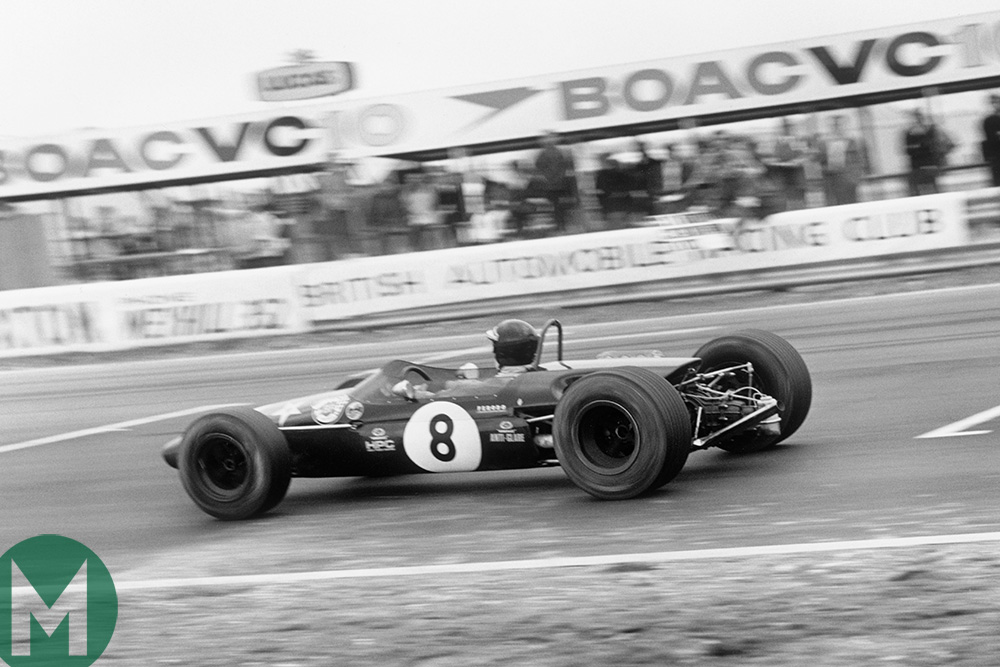 ‘My feeling is’, wrote Bill Boddy in 1968, ‘that Thruxton will provide fast, interesting racing on account of its wide curves’.

Fifty years on, his assertion has proved true countless times.

The Hampshire circuit replaced Goodwood, closed to competition two years previously in 1966, as the home of the British Automobile Racing Club and began its life as a permanent racing venue with a members’ meeting in March of 1968.

Racing had been an infrequent fixture at the Thruxton aerodrome for 18 years – ‘The new circuit at Thruxton Aerodrome on Salisbury Plain promises to prove interesting but will doubtless suffer from the usual aerodrome troubles’ – with motorcycling holding sway. Geoff Duke dominated the opening meeting in pouring rain, beating John Surtees a year later.

‘Thruxton has great possibilities, especially if the full 2.4 mile perimeter could be used’, concluded Motor Sport’s report, 16 years ahead of the future.

The outlay to create the UK’s fastest circuit in 1968 was no small sum: £75,000, around £1.2million in today’s money. The first event didn’t go without issue, ‘A gate left open near the aircraft park resulted in spectators, including a child in a pram, circulating towards the unfenced sections of the course’, reported Boddy.

It was built with a commercial future in mind – ‘A short Club circuit of about 1.4 miles would become available, but this, and the possibility of permanent rentable buildings for teams and commercial firms, are for the future. It may be possible to have a skid-pan, on which visitors can drive their own cars.’

The first major meeting was an unforgettable one. Jean-Pierre Beltoise, Henri Pescarolo, Jochen Rindt, Derek Bell, Piers Courage, Jackie Oliver, Jo Schlesser, Guy Liger and Kurt Ahrens were among the entry for the F2 race, with Rindt claiming victory – despite spinning from the lead into a ditch.

He’d be unbeaten at Thruxton, winning in 1969 and ’70 – the former being the first on-the-road defeat of Jackie Stewart without either retiring.

But more big names followed: Frank Gardner, Graham Hill, Ronnie ‘SuperSwede’ Peterson, Pesca, Ian Ashley, ‘happy’ Jacques Laffite all won in F2 in the 1970s. Johnny Cecotto, who like the circuit had his fair share of two and four-wheeled experience, and Mike Thackwell claimed ‘80s F2 wins, while Emanuele Pirro was among the later F3000 winners.

International meetings are long gone, with national series such as the British Touring Car Championship and British Superbike Championship the headline attractions among the few meetings a year that grace the circuit.

Track days and driving experiences have become the venue’s bread and butter, not only keeping the circuit alive but allowing Joe Public to drive in the wheel tracks of history.