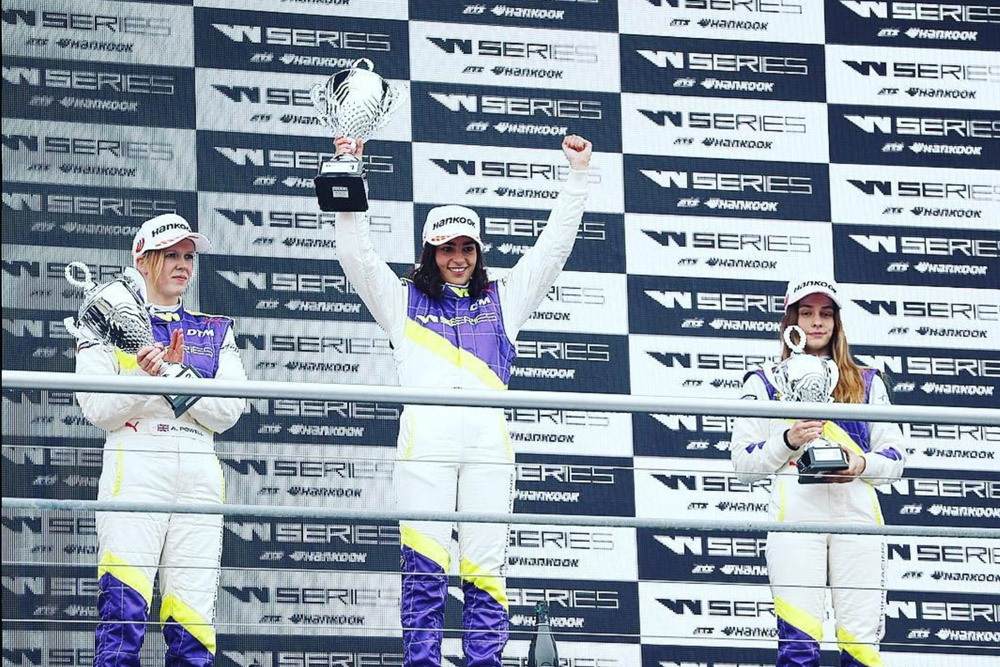 It was a rude awakening for the new all-female W Series in its debut race at Hockenheim, won by a dominant Jamie Chadwick.

It rained on qualifying, Chadwick taking pole with a lap of 1min 58.894sec to qualify nearly two seconds faster than Liechtensteiner Fabienne Wohlwend, with the whole field split by nearly nine seconds.

Then, when the race started, the slick Hockenheim surface was a catalyst for wheelspin.

Polesitter Chadwick locked up and ran wide at the Hairpin while Canadian Megan Gilkes and Finn Emma Kimilianen collided, bringing out the safety car on the first lap.

Briton Sarah Moore restarted in the lead ahead of Chadwick with Alice Powell bringing up the rear of a British 1-2-3, but Chadwick quickly retook first, then locked up again into Turn Two. Powell spent the next few laps cutting down Chadwick’s lead, notching up purple sectors in the process.

Marta Garcia followed, the three remaining within 2sec of each other.

But with around eight of the 30 minutes remaining, Chadwick (below) developed a solid rhythm and Powell was out of the fight for first as Chadwick led to the finish, even as she suspected that the Tatuus F3 car had developed a gearbox issue. 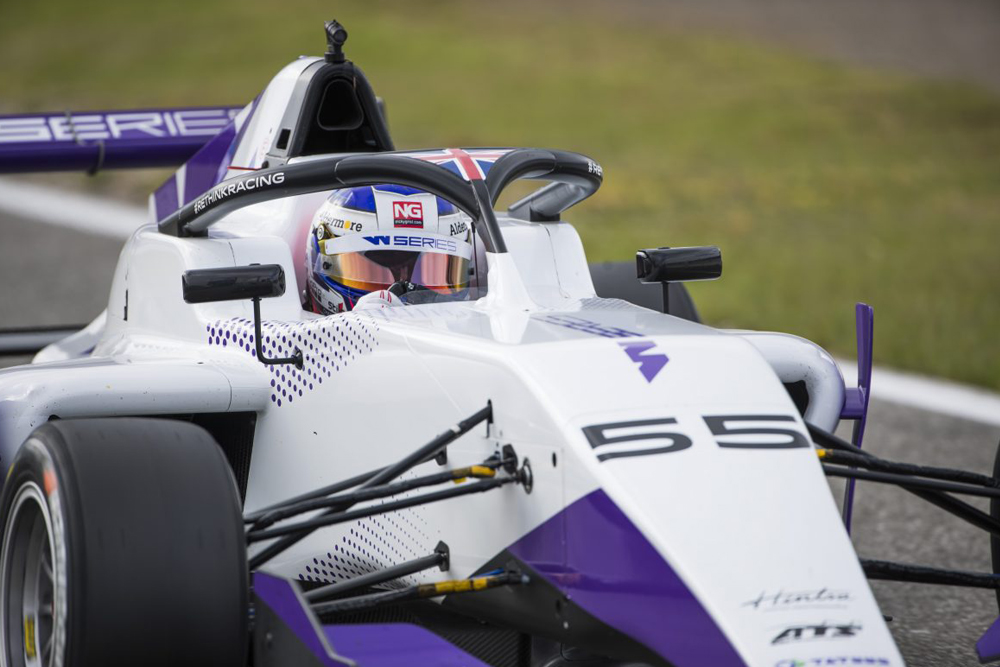 Powell’s second place was under threat from Spaniard Garcia, however, and on the final lap – after the 30 minutes had lapsed – Garcia was half a second off second place. In the end, Powell hung on.

Beitske Visser missed out on a podium but the battle for her fourth place was very close, Sarah Moore – who fell back after the restart to fifth – constantly badgering Visser with Liechtensteiner Wohlwend (sixth) always close behind.

Starting 17th, Miki Koyama’s incredible restart put her in the middle of the field and she finished seventh in the end, owing to some incredible moves including one on the inside of Italian Vicky Piria on the inside of the Hairpin with seven minutes left.

Piria later spun off at the same Hairpin and lost out on points – handed out to the top-10 finishers – as she finished 15th, behind Sabré Cook.

It was an even ruder introduction for American Shea Holbrook, who qualified last and finished 16th owing to the two retirees. And that underlined just how unenviable a position this grid of racers, many of whom were making their F3 race debuts today, were in to have their tough learning process televised.

Teething problems such as audio issues in the pre-race commentary, a lack of live timing screens and a very abrupt end to the television coverage, will be ironed out, hopefully, as it was an uncomfortable debut to watch at times.

And it looks like Chadwick could sweep the championship owing to her stellar performance on this first weekend.

But W Series is a compelling prospect and it will show the evolution of 18 drivers over a tough inaugural season on terrestrial television – an insight into single-seater racing that many other championships just can’t compete with.