Juan Manuel Correa will return to racing this year, 20 months after suffering serious injuries in a fatal Formula 2 crash at Spa.

The Ecuadorian-American will race for ART Grand Prix in this year’s Formula 3 Championship, as he resumes his pursuit of an F1 seat.

He was placed in an induced coma for two weeks following the first lap collision in the 2019 F2 feature race which killed Anthoine Hubert.

Correa suffered severe injuries to his legs, spine and lungs, requiring 25 operations. He faced the possibility of having one of his legs amputated and was told that he would not be able to race again until at least 2022.

But he created his own rehabilitation programme and returned to the scene of the crash last year, saying that he was determined to race in 2021.

“I’m extremely happy to be back after what I’ve been through,” Correa said today in a statement. “F3 is a transition year, my dream is still to reach F1 and this is the first step in my comeback.” 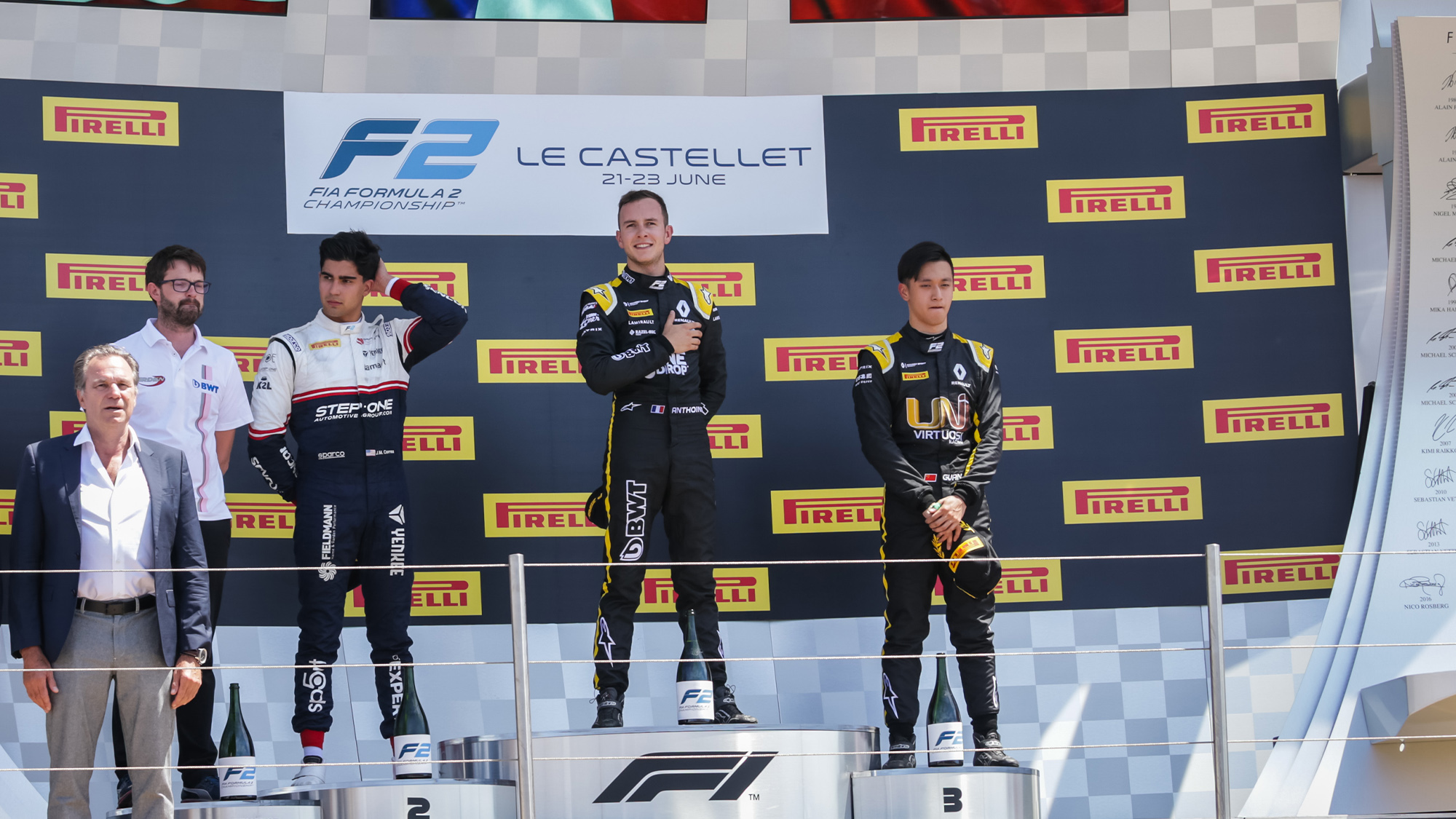 Correa was part of the Lotus F1 Junior Driver Programme and won races in the Italian F4 Championship and the Toyota Racing Series as he rose up the ranks.

He joined the F2 grid in 2019 with the Sauber Junior Team, and was named an Alfa Romeo development driver in the same year.

Correa tested a Formula 1 car during the summer and had finished on the podium twice during his debut F2 season by the time the series arrived at Spa in August. 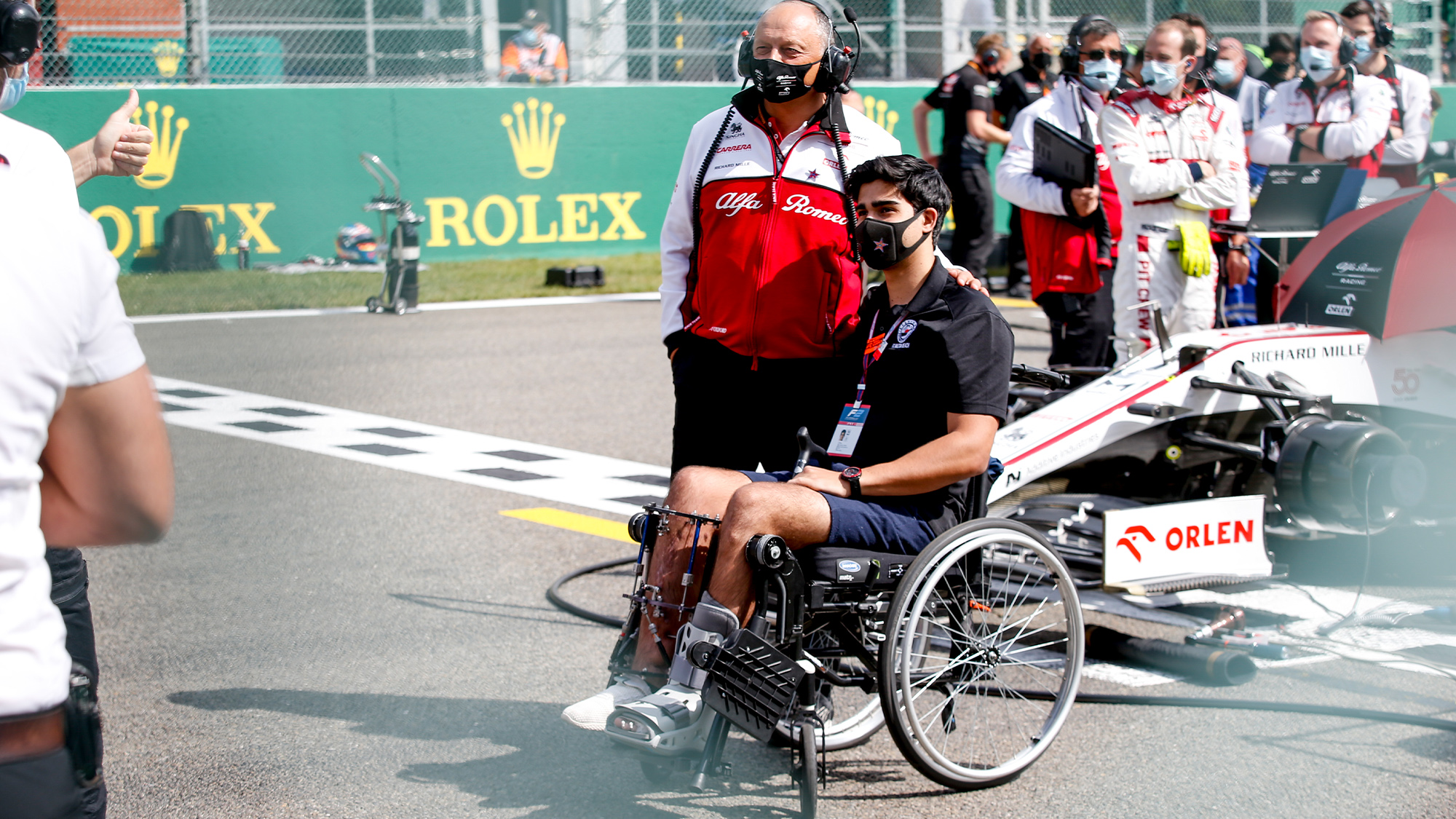 “I want to thank the motorsport community and the fans for their unconditional support,” said Correa. “I have no words to thank ART Grand Prix for believing in me and for being part of my story. I would also like to take a chance to honor the memory of Anthoine, as I will keep him very close to my heart in every race and try to carry his legacy as best as I can.

“My targets are a bit ahead of myself, because I still have to do a lot. I have not driven a car for a year and a half and there is a big learning curve ahead. I’m entering this season with an open mind, I won’t put pressure on myself, I will do my best, I will do what I love and that’s already a victory.”

Pierre Gasly, Charles Leclerc and Jack Aitken were among the drivers who spoke of the affection and respect they have for Anthoine Hubert, as they return to Spa Francorchamps — a year after the F2 driver lost his life at the circuit.

Sébastien Philippe, ART’s CEO, said that Correa still has the ability to reach the top of motor racing. “Juan Manuel has been through a lot of phases, always fighting while keeping in mind that he did not want to give up on his dream to keep racing at the highest possible level,” he said.

“Juan Manuel is an example of bravery and tenacity and ART Grand Prix is proud to give him the opportunity to return to racing.

“He is extremely strong mentally, he is still fighting to be as fit as possible and he is hungry. Behind the wheel, his talent is immense, as shown by his achievements in go-karts and then his first few years in motorsport.

“We are keen to accompany Juan Manuel to resume his career and to help him climb the ladder once again. He will give the team the benefit of his talent and experience.”