The Motor Sport team at the Henry Surtees Foundation Team Karting Challenge always approaches the event in the same way: try not to embarrass ourselves, try not to get black flagged and try not to injure ourselves. Ultimately it’s a fundraising event for an extremely worthy cause. This year was a little different, though, with the absence of a star driver. 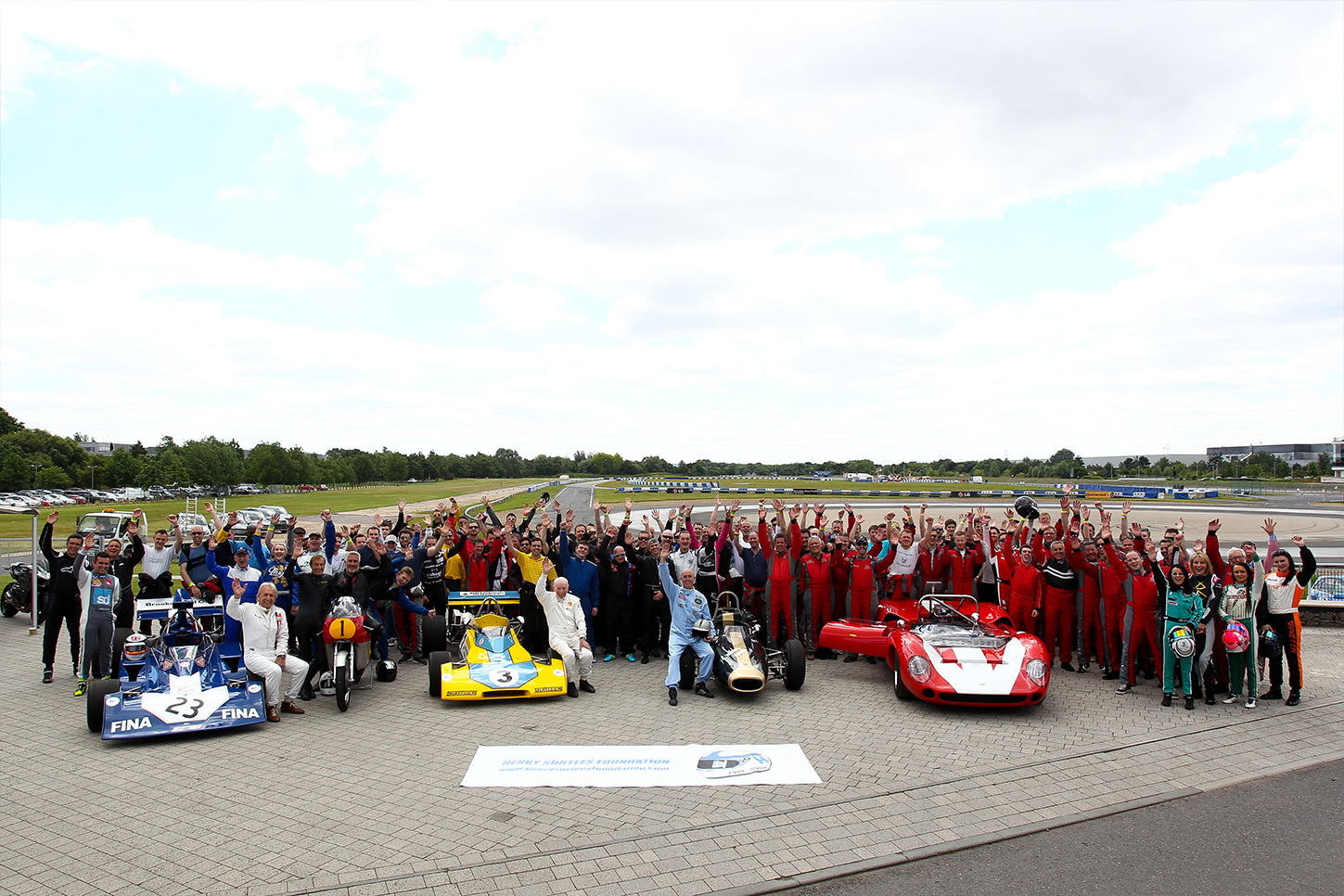 Simon Arron: He still wears his TVR overalls from 1901 and wanders around the paddock with a camera over his shoulder. When asked whether he could take a shot of the Motor Sport team he had to decline because the lens he brought only worked on objects more than 10 miles away. This year, out of over 100 drivers, he was the only one not to sign all the forms necessary to get on track.

Damon Cogman: Known to many of you as the brains behind Motor Sport’s design. Feels sick when he races karts, but he’s managed to keep that in check in recent years with a sick band (yes, seriously). For this year’s race he went out to do 20 minutes, but was signalling to come back in after 17mins (“bloody tiring, that”).

Kit Brough: The closest thing to a ringer in our team. Kit spends his day selling advertising in Motor Sport and his weekends karting in Rotax or X30. A penchant for the occasional beer hampers his rise to stardom, though, and despite trying to talk the rest of the team through a perfect lap Simon, Damon and I got distracted by lunch when he was still on turn three. The sausage sandwiches were delicious by the way.

Ed Foster: The heaviest in the team, the last time I was in a kart was the same event in 2015. The time before that was the same event again in 2014. According to Damon the commentator mentioned that someone – who I might have just punted off – was giving me a middle finger during my stint. Evidence of a little too much aggression, perhaps.

Highlights of the day, as in years past, included the parade of cars and bikes between qualifying and the race. David Brabham drove his father’s 1966 championship-winning Brabham BT11/19 and, with similar overalls and helmet to his dad, it was a wonderful sight even on the twisty confines of the karting track. John Surtees was behind the wheel of his Can-Am-winning Lola T70, Stuart Graham rode Surtees’ 500cc MV Agusta, Derek Bell drove the TS14 F1 car that Mike Hailwood used to finish second in the 1972 Italian Grand Prix and chef/cake-maker Paul Hollywood was also in attendance. 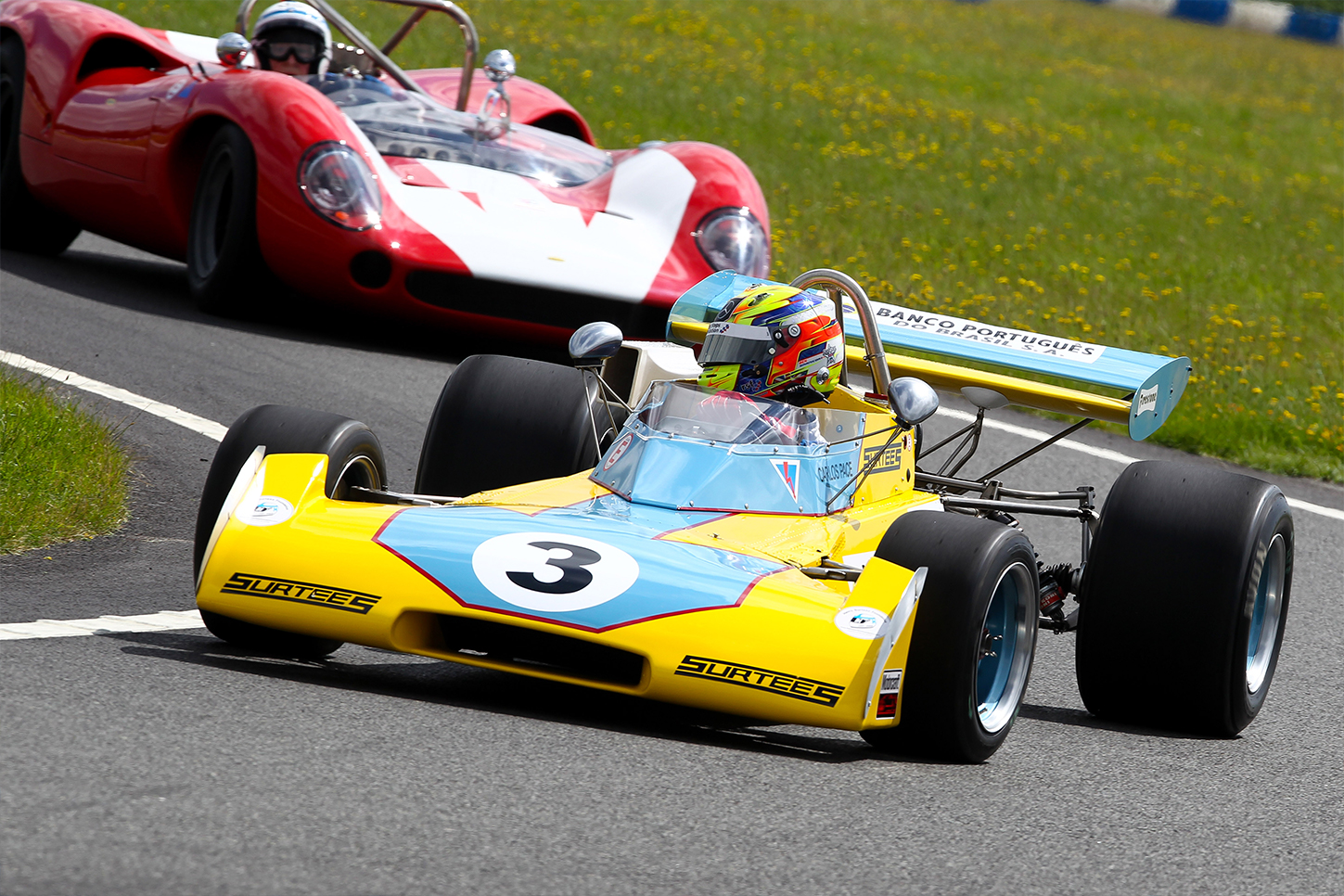 By the time the race came the Motor Sport team was 10th on the grid and very full of sausage sandwiches. No matter, Arron was in the kart first in among a top-15 filled with proper karters and racers. He heroically fought himself up to ninth on the opening lap before carving his way back to 14th. Red flags – due to someone rolling at the hairpin – did mean Arron spent 10 minutes of his stint sat still in a queue of karts. Notably he was the only person on the grid in animated conversation with the man next to him.

Cogman was next up and, having decided that 20 minutes in a kart was a ridiculous length of time, he handed over to me a little earlier than expected. In the panic of getting to the kart and putting my helmet on I tripped over a lump of grass and knocked over two chairs. With 40 minutes to go Brough took over, refuelled and ran until the end of the race. His smooth inputs and lines went some way to explaining how our ‘opposite lock, two wheels on the grass’ technique was slower no matter how hard we tried. Still, everyone thought twice about passing us for fear of being punted off towards the A3.

It was during the last 30 minutes of the race that we spotted the top teams chatting to their karters on track via radio. Our pit-to-kart communication amounted to one of us waving a brightly coloured helmet in the air to signal the driver to come in. Quite what else you need to know in a two-hour kart race I am not so sure. I don’t think any of us were ever driving at eight-10ths in order to save the super brick tyres. Nor did we ever drive so hard they would go off… Still, it made us feel all the better for finishing ninth out of 32 teams. The winners were Titan Motorsport (who also won last year) and they were closely followed by Racing Steps Foundation and Choctails.

The great news, though, was the amount of money raised was £59,000 for the Henry Surtees Foundation. We look forward to ‘racing’ again next year. 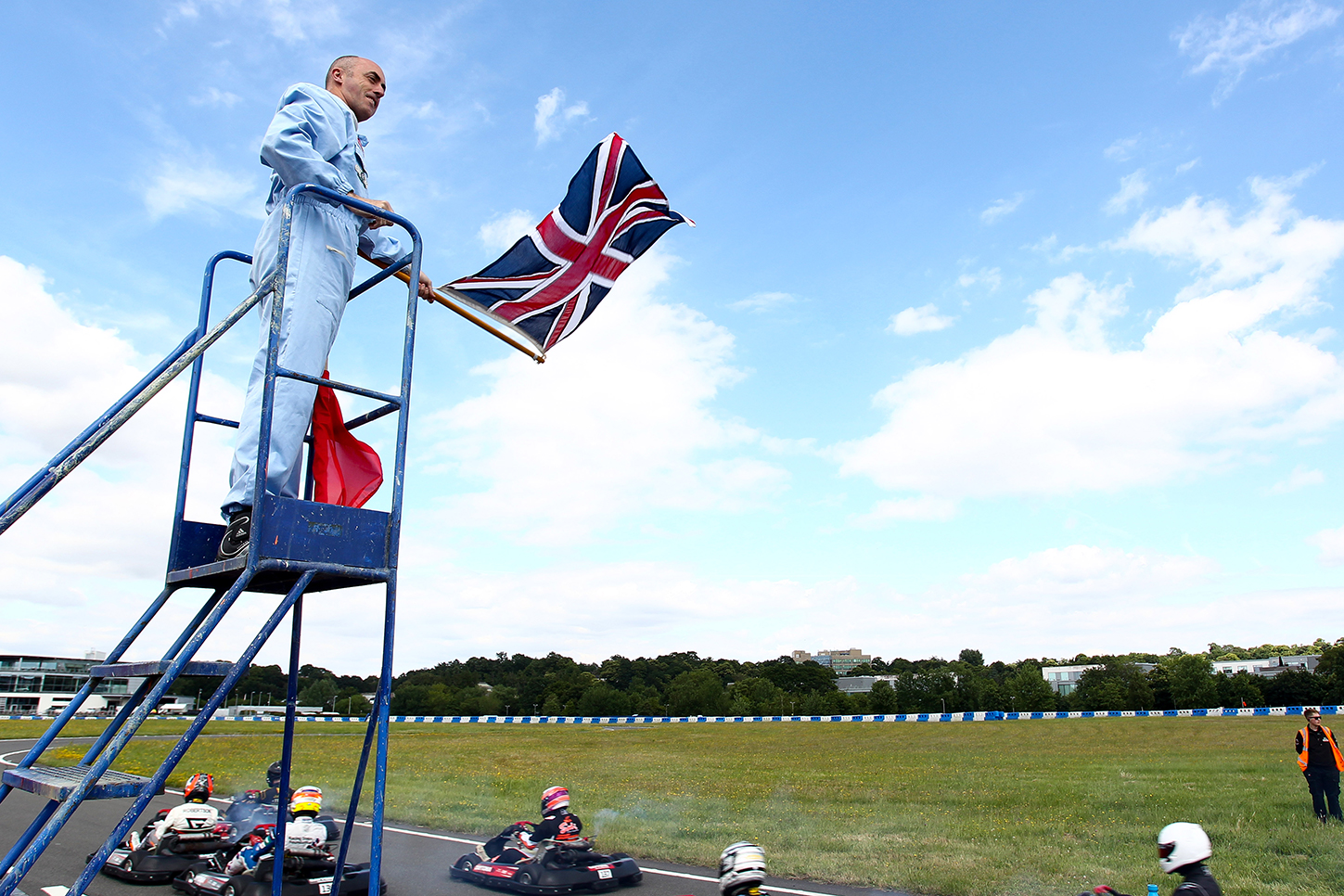