Luca Corberi, the kart driver who threw a front bumper towards a rival on track during a World Championship race has had his licence suspended by the Italian karting federation.

Corberi’s father and the Lonato track that the family own – where the incident took place – have also had their relevant licences suspended by ACI Sport as a “preliminary measure: while an investigation by motor racing’s governing body, the FIA continues.

Footage of the 23-year-old Italian crashing out of last weekend’s event and throwing his front bumper on to the track at a rival as racing continued, was shared widely on social media. Cameras also captured a post-race paddock brawl involving Corberi and the same driver.

It was reported that Corberi’s father, Marco, was involved in the scuffle.

In a Facebook post the day after the incidents, Corberi apologised for his actions and said that he had asked officials to take his licence away. “I’ve decided to don’t take part to any other motorsport competition for the rest of my life,” he wrote. “It’s simply the right thing to do.”

The KZ World Championship was won by French driver Jeremy Iglesias, who held off a train of rivals that was closing quickly in the final laps to produce a nail-biting finish.

But the drama was completely overshadowed by the actions of Corberi.

He had been running ahead of Paolo Ippolito when the pair collided. Footage from the event showed his kart embedded in a trackside barrier.

Seconds later, in the video above, he was shown standing at the side of the track, bumper in hand, which he hurled on to the track as Ippolito passed.

Corberi then walked across the live track, back to the paddock, rather than waiting at the marshal’s post for the end of the race,

More was to follow, as fan footage showed Corberi lunging at Ippolito when the race had finished, with several people getting involved.

“This episode will be remember[ed] as one of the worst in our sport and that’s something I’ll never forget,” wrote Corberi.

“I’d like to apologise to the motorsport community for what I’ve done. There are no excuses to explain why I’ve done such a disgraceful act, this has been something I’ve never done in my 15 years of career, and I really hope it won’t be seen by anybody else in the future.

“I’m not asking any indulgence, because I don’t deserve it. I will totally agree with the punishments required.

“I’m writing today to say sorry even if it’s not enough, because after all the bad things that happened during this event, the worst ever has been done by me, a guy who love this sport and after the worst day of his life will still remember his good racing memories.”

Both Corberi and Ippolito were disqualified from the race for the initial collision; Corberi for failing to use the track at all times, and Ippolito for being at fault for the contact.

“This behaviour is unacceptable in our sport,” he wrote. “Those individuals will face the consequences of their action.”

Former F1 rival Jenson Button called for Corberi to be banned for life in a social media post, which was echoed by Zak Brown, McLaren Racing’s CEO.

Luca Corberi has been karting for 15 years spending his youth competing alongside Charles Leclerc, Max Verstappen and George Russell in European and World championships.

From 2010, he recorded a series of podium finishes in international and European races, and beat Callum Ilott, Russell and Lance Stroll to the KF3 World Cup in 2012 after starting 11th on the grid.

But as many of his contemporaries moved up the single-seater ladder, Corberi remained in karts and began working more closely with the family business: the Lonato circuit. 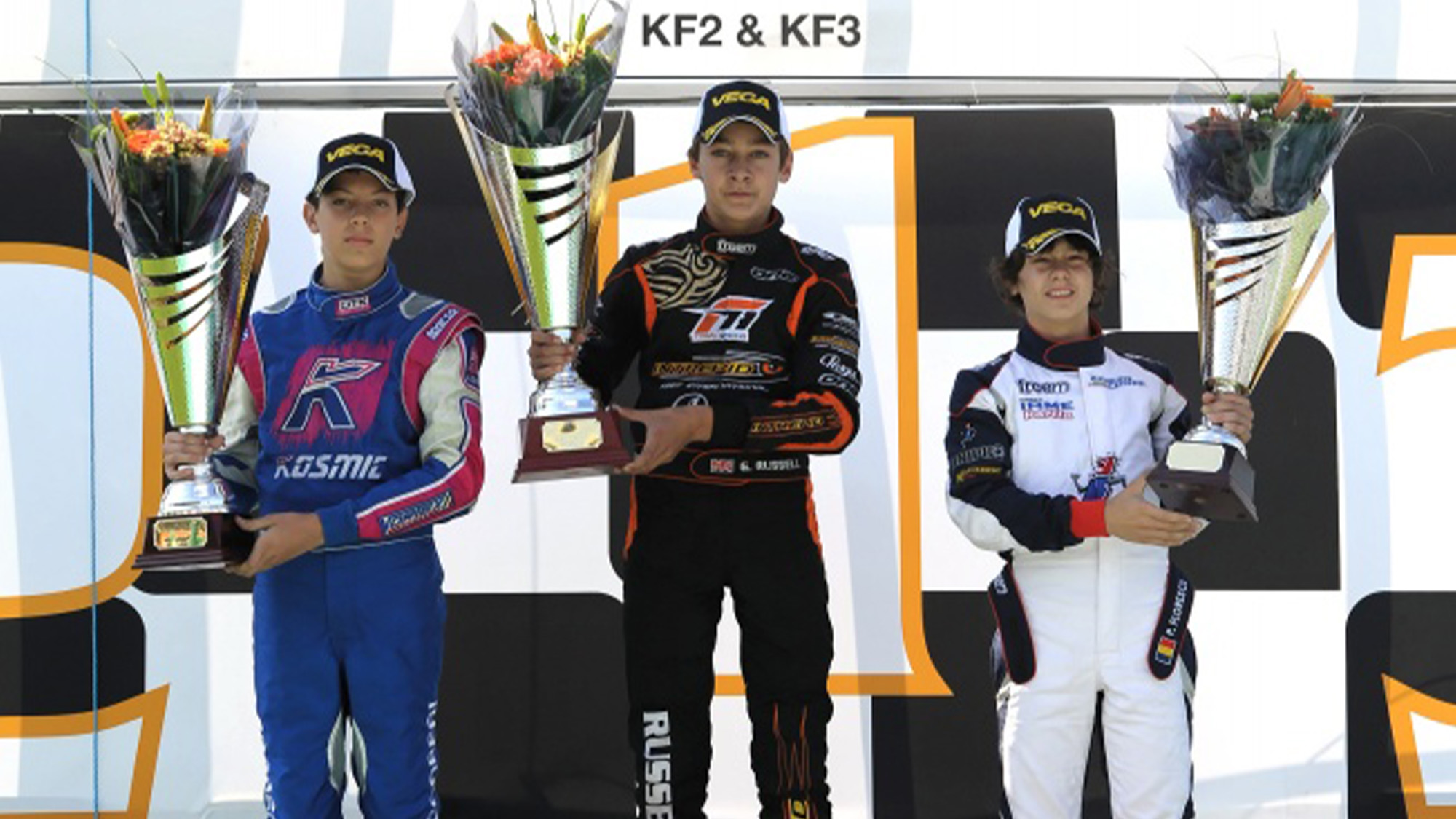 Earlier this year, in an interview published by the FIA, Corberi said that he had ended his karting career and was becoming more involved with managing the kart track in northern Italy.

“We are delighted at the idea of hosting the FIA Karting World Championship,” he said. “We will do our best to make it a successful event.”

At some point he decided to enter the race, leading to the events of last weekend.