Silverstone, March 1984. At that time the former Wellington bomber base was still the British Grand Prix’s alternate home and its layout had not greatly changed in 35 years.

Yes, the original, magnificent Woodcote had been diluted by a chicane during the previous decade, but much of the rest was unmolested.

And it still had its basic – but wonderful – Club Circuit, a 1.6-mile ‘triangle’ (give or take the left-handed sweep through Maggotts Curve) that promoted some of the UK’s closest racing.

Not only was the action often compelling, but the period press box offered better views than any other in the land.

Located high in the Dunlop Tower to the outside of the pit straight, it allowed writers to watch packs of 12 or more Formula Ford 1600 cars slipstreaming pretty much all the way from Becketts before invariably trying to take Woodcote as one.

But this was not such a day. The Silverstone season used to be book-ended by low-key, grass-roots meetings run by regional car clubs, events of a kind that are sadly long extinct and at which you’d often see machinery that simply didn’t appear anywhere else.

I can’t recall precisely who won the Libre race that day – I’m fairly sure it was a Formula 5000 car, quite possibly a Lola T332C driven by Mark Hales – but there were a few Formula Fords scattered among the heavyweights… and one in particular stood out.

A Lola T644E finished in stealth black, its driver was a complete unknown in the car world – and his approach to the task in hand was like few things I’d ever seen. Lap after lap, he’d flick the car sideways long before Woodcote’s apex – and hold it in an elegant drift all the way to the exit. 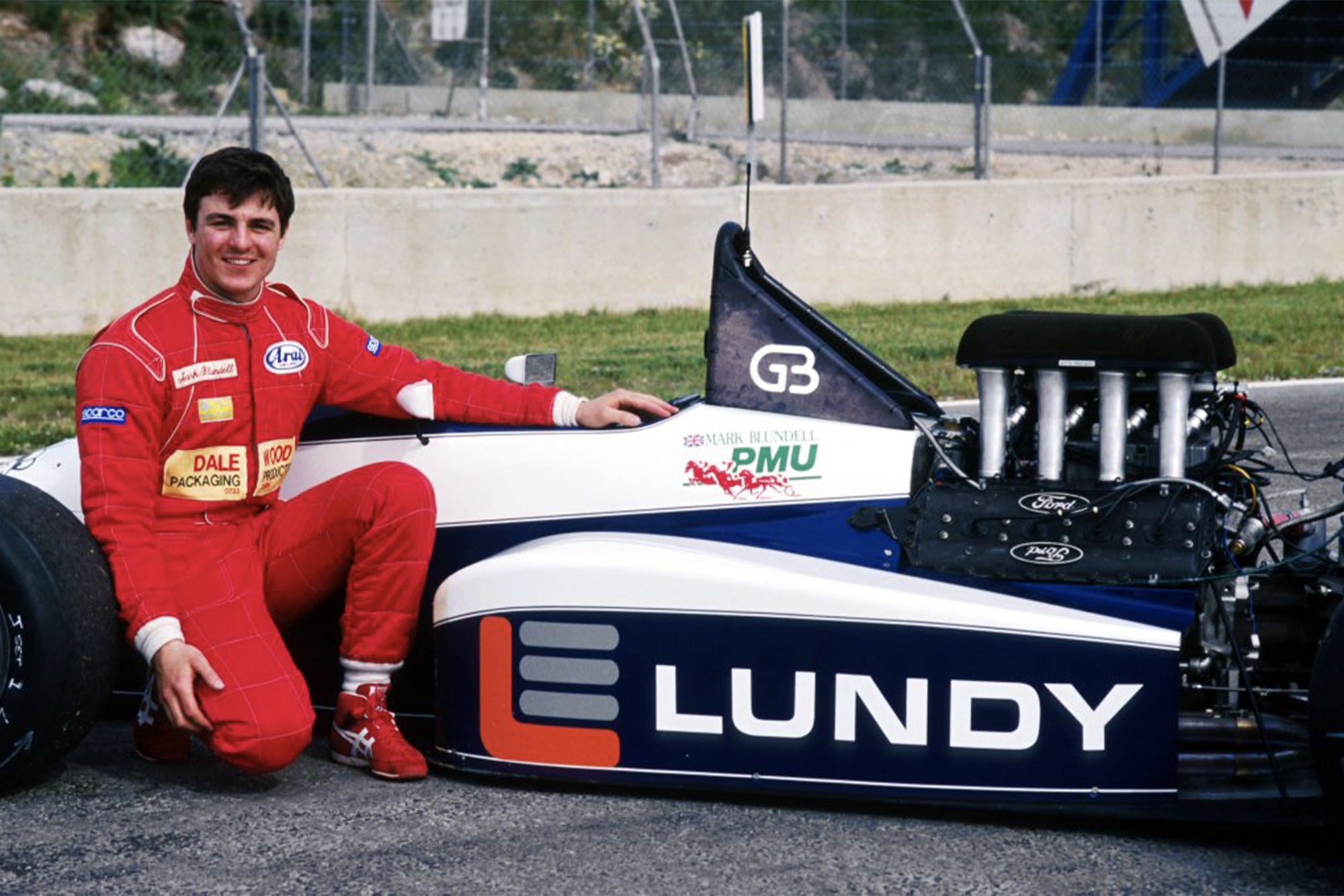 Blundell next to his Lola ahead of the 1988 F3000 season | Photo: Motorsport Images

On first acquaintance it looked like a rookie on the verge of a sizeable accident, but that was simply the way 17-year-old Mark Blundell drove. Speaking to him about it years later, he explained that it was simply because he knew no differently.

He hadn’t raced karts but had come to FF1600 via success in motocross, which had taught him all about balance…

There were few realistic benchmarks by which to judge his performance that day, but those came soon enough.

As he reined in his technique (slightly, at least), he became a formidable competitor in the mainstream junior FF1600 series – but also stood out for his eagerness to take part in as many races as possible during a day (another throwback to his motocross mindset).

If there was a local championship round taking place, why not have a go at that, too? By the campaign’s end he had contested 70 races, notched up 25 wins and earned a string of awards and accolades.

It heralded the dawn of a career that was to yield more than 60 grand prix starts, three F1 podium finishes, an outrageous Le Mans qualifying lap (he took pole by more than six seconds for Nissan in 1990, tearing out his radio cable so that he could no longer hear his team’s warnings to switch off because the engine was on the cusp of self-destruction), Le Mans victory with Peugeot in 1992, three wins in the ultra-competitive US-based CART series and much else besides. 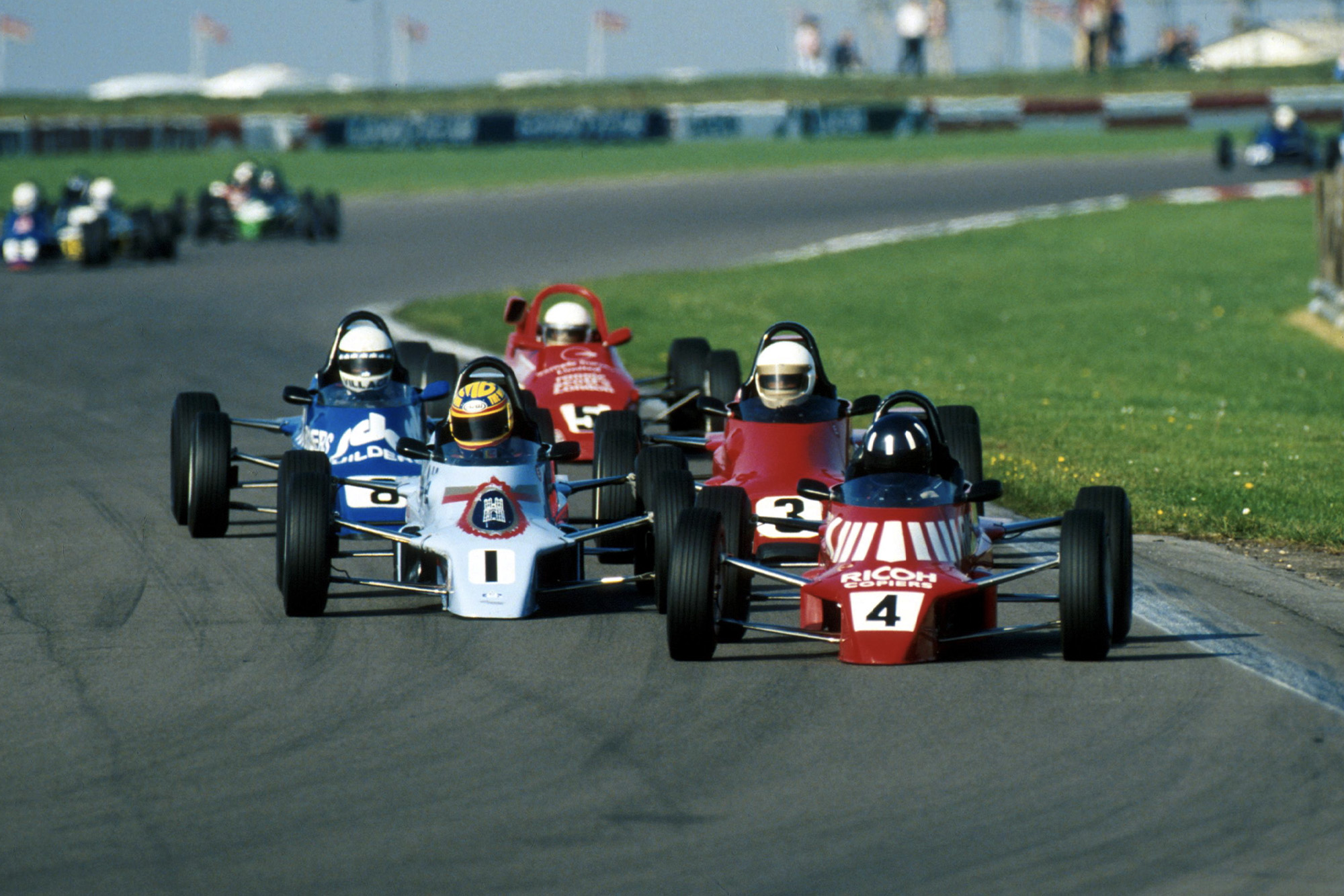 I retain clear memories from several steps of that journey. A Castle Combe meeting in 1985, for instance, after a particularly fraught FF1600 race in which Blundell and long-time nemesis Bertrand Gachot came to blows both on and off the track; the stewards were still debating what to do as the sun contemplated setting.

Or a wet Spa in 1987, when Blundell led the factory FIA Formula 3000 teams – and many well-heeled rivals – in a second-hand, family-run Fleetray Racing Lola that was fondly nicknamed ‘The Shed’ (motocross had taught him how best to locate grip, too).

As the track dried and it became clear that a switch to slicks would be necessary, rival teams pitched in with equipment Fleetray didn’t possess, in a bid to facilitate the change. In the end it didn’t much matter, because an accident elsewhere caused a red-flag stoppage and Blundell had been running second when a result was declared.

That was among the most remarkable results in the championship’s 20-season history, but as Blundell steps away from full-time racing I’m not sure any memory remains quite so distinct as that carefree debut at Silverstone almost 36 years ago.