Mick Schumacher and Callum Ilott will go into the final Formula 2 weekend of the season separated by 14 points, with two and three race wins respectively in 2020.

With 48 points to race for over the Feature and Sprint races, either man could walk away as champion — into very different futures.

Both drivers are part of a Ferrari Academy system that has shone this year and had been in the running for a Formula 1 seat next season. Schumacher has won that particular battle, having secured a Haas contract, and will be looking to move up as champion.

But it was fellow Ferrari Academy Driver Robert Shwartzman, who as the star performer from the Scuderia’s stable at the beginning of the year. Having graduated into F2 as the 2019 F3 champion, his early-season form was strong but as the season wore on his form dipped. Though he technically still has a mathematical chance of clinching the title, he is all but out of the running for this year’s crown, heading into the final round fourth in the championship.

Schumacher’s 2021 Haas team-mate Nikita Mazepin has had his moments this year, with victories at Silverstone and Mugello in the feature races elevating him in the standings, but with a 43-point gap to the championship leader, his hopes are realistically over as well.

That leaves the top two to battle it out around the outer-loop layout that is sure to provide some overtaking into heavy braking zones. For the contenders, those are the areas where they can make their race and championship, or for things to all fall apart at the final hurdle.

Last weekend, Ilott emerged with the better points haul but needs an even more favourable set of results in the next round to close the gap to the championship leader. His P2 finish in the feature was followed up with P16 in the sprint event, while Schumacher’s steady fourth and seventh-place finishes kept his head above water and in the lead of the championship.

Schumacher’s conservative modus operandi last weekend shone through in his driving. He failed to better Jehan Darvuala for another trip to the podium during the Bahrain feature race, while his rival picked up a P2 finish.

It’s the story of his season: Schumacher hasn’t been as spectacular as the likes of Shwartzman and Ilott this season in his performances, but consistency throughout the year has put him on course for the all-important prize at the end. One more weekend like that should see him over the line.

Ilott is the one in need of the major points haul to take the title from the Haas-bound driver. He wasn’t helped when a mistake led to contact with Daravula in the sprint race last week but was fortunate to have his penalty imposed during the same event, so he avoids a grid penalty this weekend.

Ilott’s last win came at round eight at Monza in the sprint race following Schumacher’s victory the day prior, but neither has taken to the top step since Schumacher’s win in Sochi in September.

All to play for then with neither driver in top form…

The case for Ilott 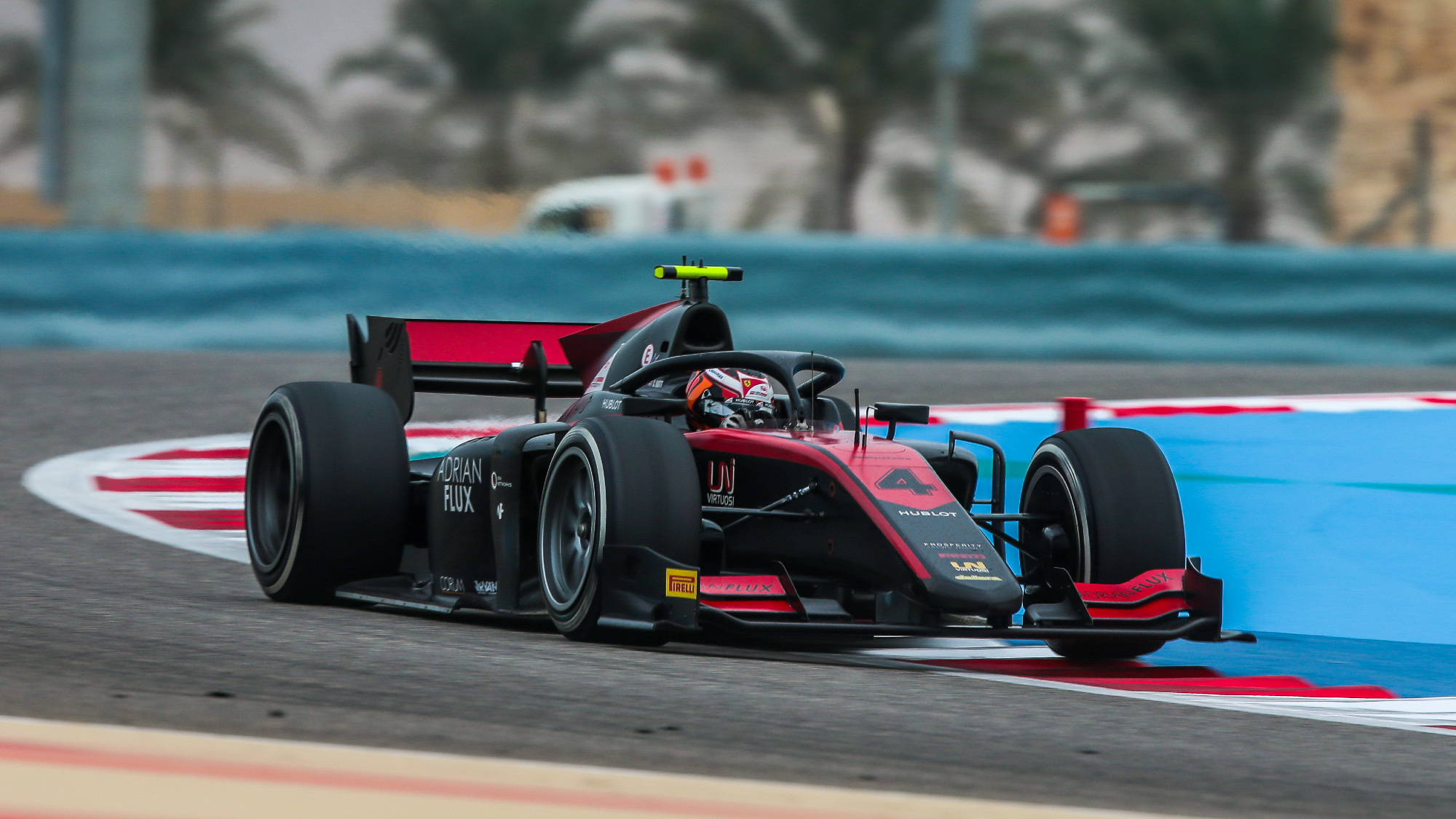 At this point, Callum Ilott has nothing to lose. His chances of a Formula 1 drive have dried up and he confirmed earlier this year that he would be unlikely to repeat another season in Formula 2 even without winning the championship due to funding issues.

So it’s all or nothing really as the young Brit looks to end his F2 campaign on a high note, and on last weekend’s showing he has the edge on Schumacher when it comes to speed around the Sakhir International Circuit.

There was no chance for anyone else to take pole and the four points that went along with it last weekend with a red flag in the dying moments of the session.

F2’s last visit to a power circuit was back at Monza, where Ilott won in the sprint. Schumacher was victorious in the feature race the day before, but it was Ilott who started the race from pole position.

It is time i announce that I have been told I will not be racing F1 in 2021. Obviously I have known this for a couple weeks now. I am disappointed, but I will just work harder and do what it takes to make sure it happens in 2022. Anyway, I have a championship I want to win ✌🏻 pic.twitter.com/hOzplyi1Bj

He may well have gone on to win that Monza race had he not suffered a nightmare pit stop and stalled on exit having led the opening phase of the race comfortably from Schumacher.

The outer-loop layout will once again prioritise straightline speed and braking performance, and that might just tip the scales in Ilott’s favour once more.

The two points for fastest lap in both of the races could be vital also. Add a further four points if he can continue his qualifying pace and start on pole, and it would go a long way to helping him take the title from Schumacher’s hands.

With five pole positions already this season, he’s started from the front more than any other driver on the grid.

The case for Schumacher 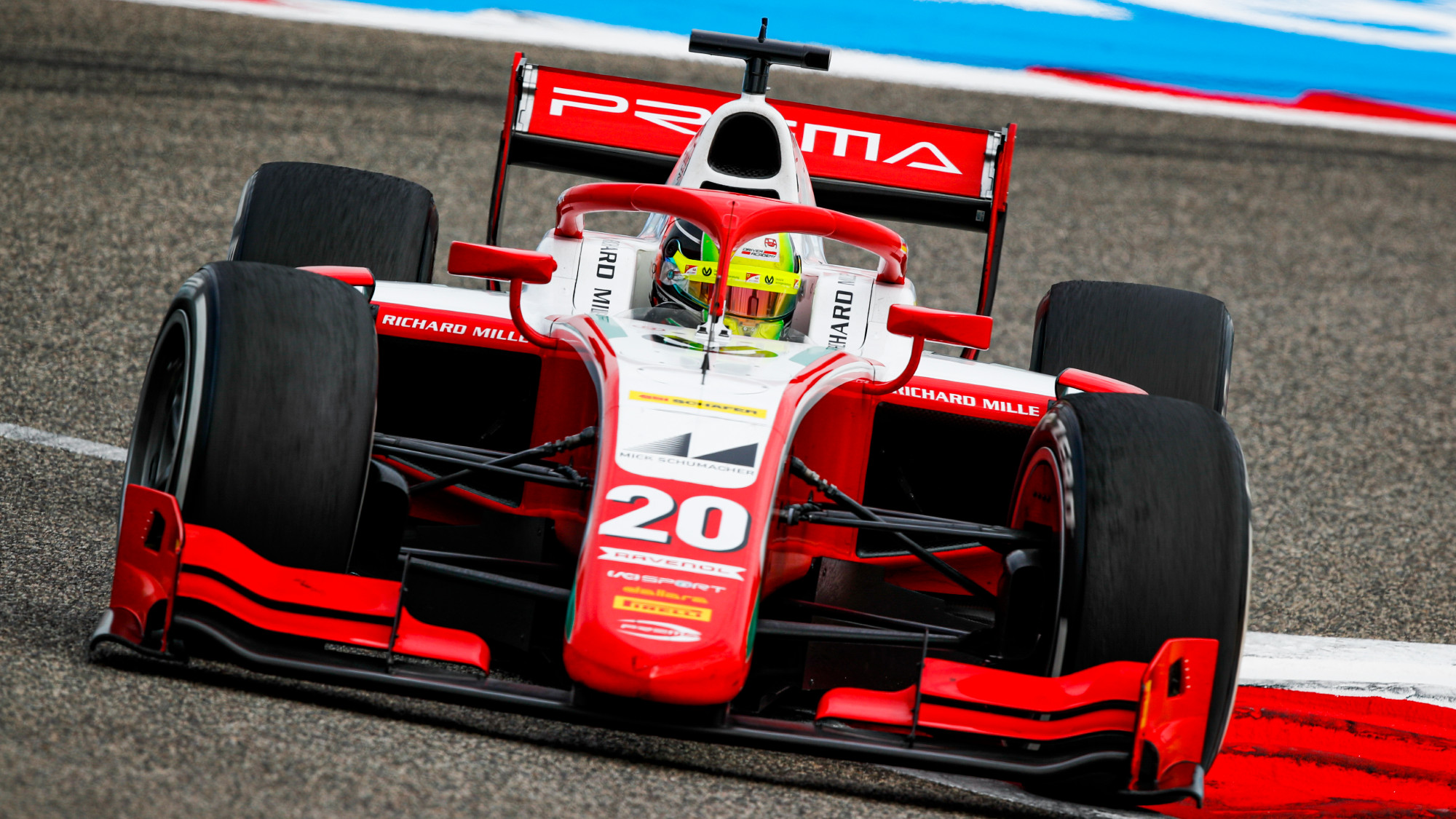 Boosted by the announcement that he will be graduating into F1 for next season, Schumacher enters the final F2 race weekend of the year as the favourite, despite missing out on the podium last week.

Obviously, going into a title decider ahead in the championship puts him in the best position, but there is more to his title hopes than a numerical advantage.

Schumacher did not qualify well for the Bahrain race but his starts have been otherworldly this season. He has risen from the lower reaches of the top ten to the frontrunners on several occasions this year. He did just that last weekend, rising from 10th on the grid to fourth on the first lap.

Daruvala deprived Schumacher of a podium during the feature race on Saturday in Bahrain, with his defence enough to prevent the Prema driver from taking his 11th podium of the season, but it was an overtake Schumacher didn’t necessarily have to make with the bigger picture in mind.

Schumacher’s consistency has seen him with double-podium appearances in three different rounds in 2020, including a feature race victory at Monza. In contrast, Ilott hasn’t produced any. He’ll be looking for his first those weekend, to give him the best chance of clawing back the title gap.

All Schumacher has to do is keep his nose clean as he has done for much of the season, barring a clash with Shwartzman back at Silverstone racing for the lead, and he should come out of the other side as the 2020 Formula 2 champion.