Both are the focus of Hitler’s Supercars, a Channel 4 documentary that airs this Sunday and charts the rise of German might on the race track and in the world.

Rare footage shows the first appearance of the Ferdinand Porsche-designed Auto Union Type A, with its mid-engined supercharged V16 engine at AVUS, where it immediately set records and put Mercedes’s nose out of joint.

The rivalry between the two firms went on to drive a frantic pace of development that brought domination for German teams on the grand prix circuit.

It was a propaganda bounty for Hitler: the irresistible lure of racing success and its reflected glory, that sponsors pay millions for today, were broadcast to the nation on state radio and screened before films in cinemas.

Sport and politics were inseparable: as the Nazi-funded Auto Union team delivered a crushing pole at Montlhéry in 1934, the Night of the Long Knives played out the very same evening in Berlin. 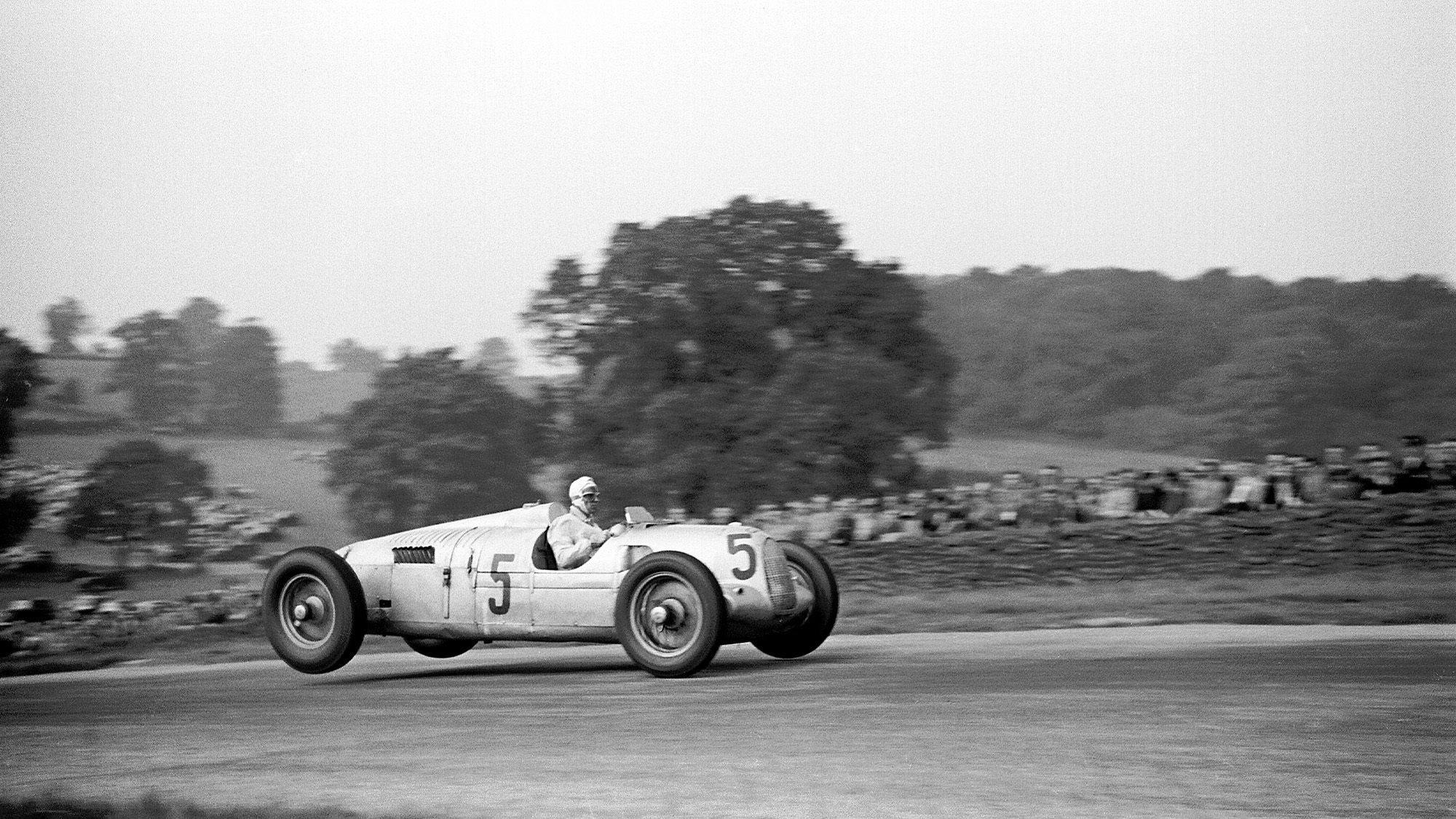 The programme also highlights the discomforting imperfections of sporting heroes, with Bernd Rosemeyer, the brilliant motorcycle racer who had switched to four wheels to tame the wild Auto Unions.

His legendary performances on track made him an “Aryan superhero”. The blond-haired, blue-eyed racer was half of a celebrity couple along with his wife, Elly, a German aviation pioneer he had met on the podium after the 1935 Czech Grand Prix.

Should a top German racing driver in the mid-1930s have turned down an open door to one of the most successful, best-funded teams in the world? It’s a question left open.

German grand prix dominance was so predictable that crowds at Donington booed the Silver Arrows to slow down in 1936. At this point in time, the documentary wisely shifts focus to the ‘Reich Record Week’ speed trials.

These were held on a stretch of autobahn each January ahead of the Berlin Motor show where Hitler would be “presented” with a string of new records set by his gleaming silver machines. As they both competed to out-do each other, the event became a ‘space race’. 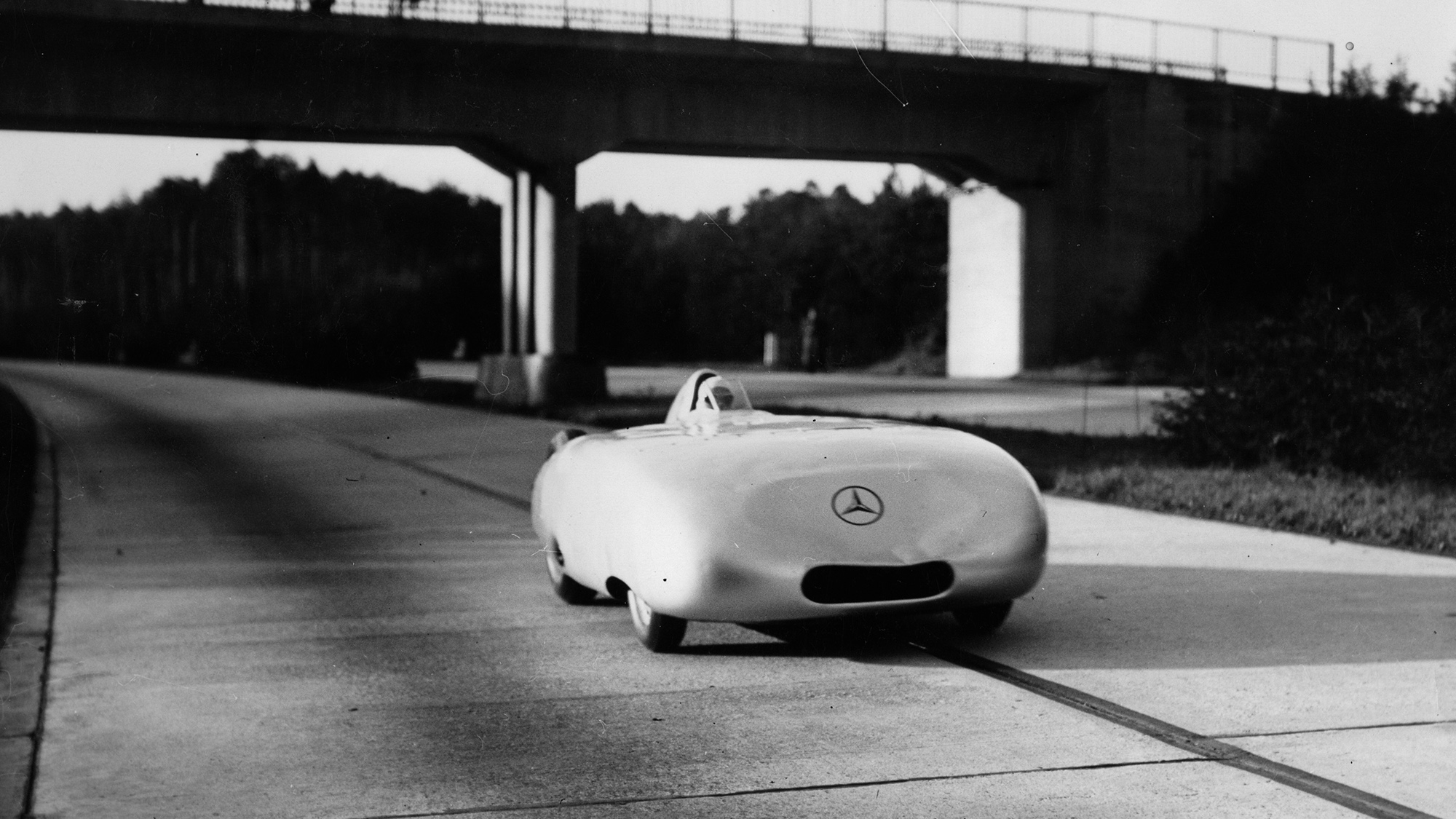 Caracciola on a record run in 1936 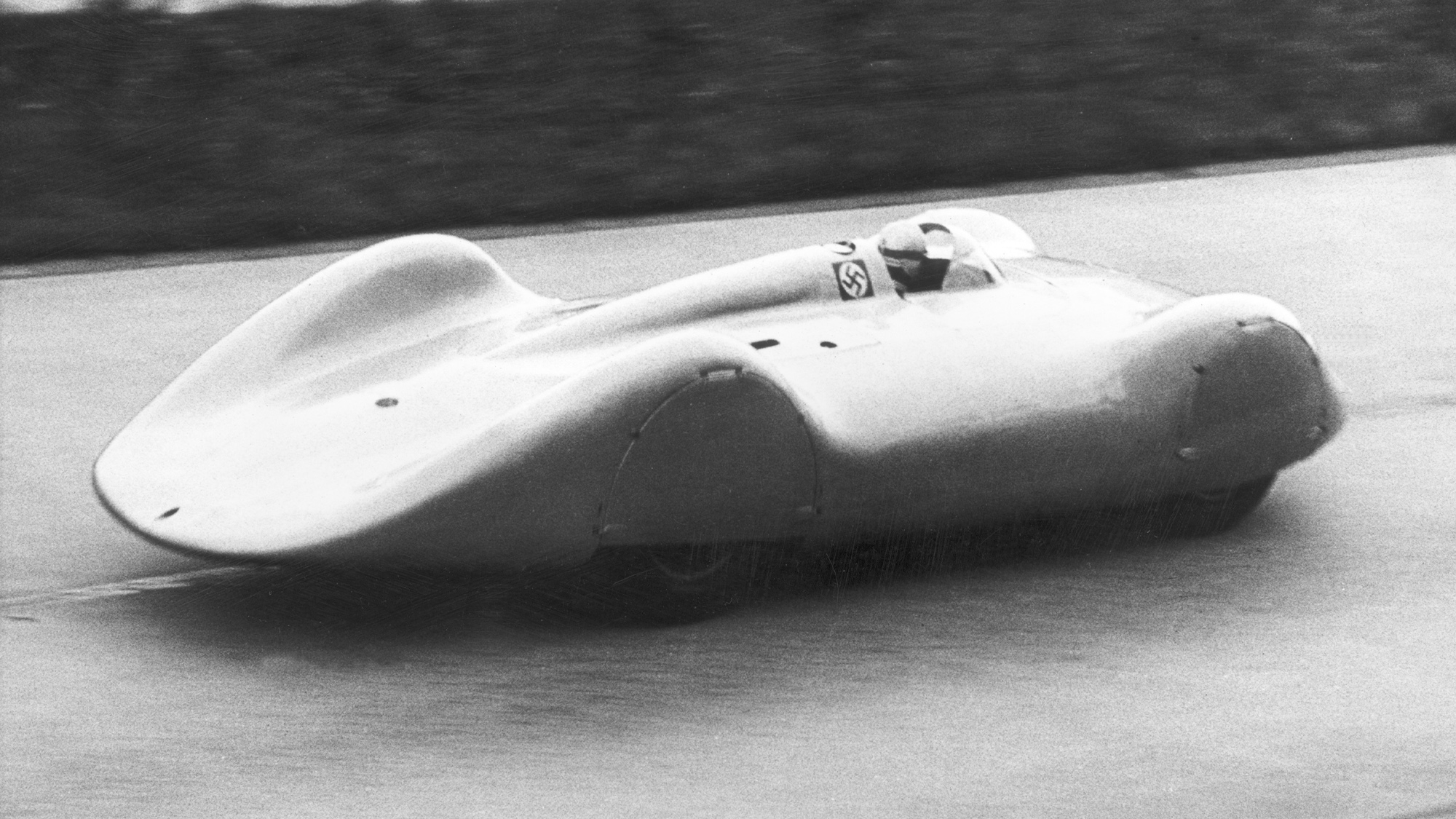 An autobahn run from Rosemeyer in 1937

Caracciola recorded 235.5mph in Mercedes’ 1937 challenger, developed from its V12 grand prix car, and then refused to drive it again, complaining that the front wheels were lifting off the ground. Rosemeyer took his turn in the Auto Union, and almost lost consciousness as he hit 252mph.

Inevitably, tragedy came. The following year, a crosswind on an autobahn sent Rosemeyer’s car tumbling into the woods. His funeral was hosted by the SS — against his widow’s wishes.

Mercedes continued to chase performance, as Hitler looked for an overall land speed record that would cement Germany’s might. New analysis commissioned for the programme shows that the spectacular Mercedes T 80 would probably have set a new record of more than 375mph had it ever run — although an aerodynamic flaw could have seen its driver, Hans Stuck killed in the process.

Time was running out, though. The T 80’s planned run in autumn 1940 was overtaken by tragedy on an incomparable scale. The bodywork is now in the Mercedes-Benz museum in Stuttgart, hanging in the air — the final evolution of Hitler’s supercars.