After what must have felt an eternity to the drivers, Formula 2 returns this weekend as support to Formula 1 at the brand new Jeddah Corniche street circuit.

It has been two months since the last round in Sochi and plenty has unfolded since that has changed the landscape and careers of the main contenders of the Formula 2 championship, mainly, the Alfa Romeo seat has been finalised. Guanyu Zhou will become the first Chinese F1 driver leaving the other contenders out in the cold over an F1 future.

For Theo Pourchaire, he is the championed young talent of Sauber’s driver academy but won’t be on the Formula 1 grid in 2022 despite his clear ability and sizeable potential. His plans for next season are far from finalised after rival Zhou’s confirmation.

Focus for now though is on tackling the newest and fastest street circuit in single-seater racing. Jeddah’s fast sweeps and long straights will be something of a wake-up call to the drivers after so many weeks sat on the sidelines.

While F1 is set to get three hour-long sessions to get to grips with the brand new venue, F2’s hard-chargers will be thrown in at the deep end.

The circuit has been barely finished in time with the bulk of the intrastructure in place though it will be a basic facility compared to what was fully intended. According to Pourchaire, the task of acclimatising will be much easier for the F1 drivers than those competing on the supporting bill.

“The good point in F1 is that there is three free practice sessions so there is a lot of time to get used to a car or track compared to F2.

Thoughts of F1 won’t be far away either. Back in the same paddock and under the watchful eye of Alfa Romeo boss Fred Vasseur, who reportedly rates the Frenchman very highly, his chance in an F1 car could be soon.

Rules around young driver tests are a topic of conversation behind the scenes and changes to the regulations to ensure young drivers get a chance could be implemented in 2022.

Finishing the F2 season as strong as possible will go a long way in ensuring he is handed any available opportunities, and for Pourchaire, it’s a chance to be even stronger with more time in the car.

“I don’t know [what I’ll be doing] yet to be honest,” Pourchaire told Motor Sport. “I think it’s a possibily that I’ll drive FP [free practice] in Formula 1. My seat is already done, we just need confirmation from Alfa Romeo but I’m quite confident on that in the moment managing other problems. 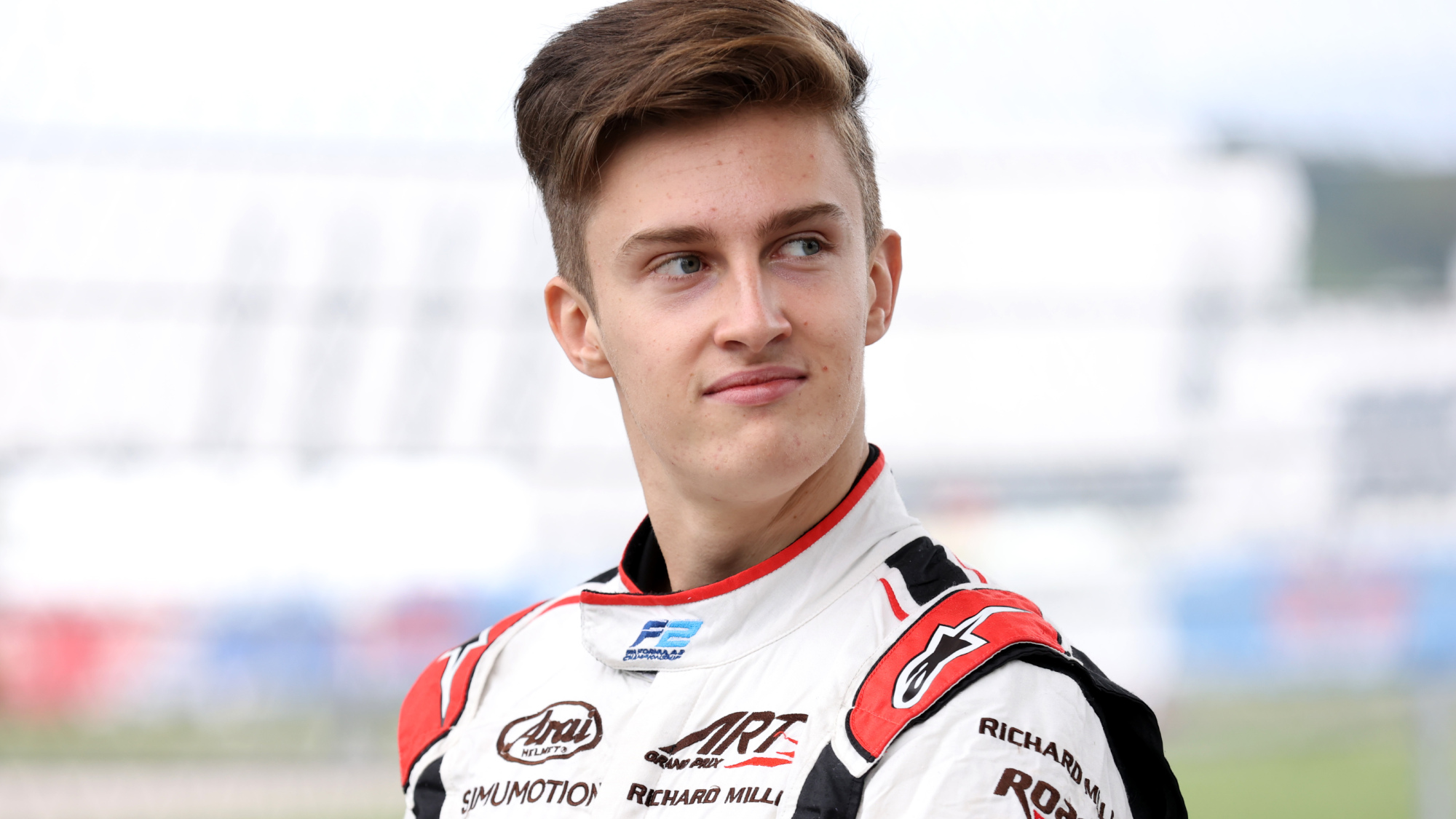 Pourchaire faces an uphill battle to clinch the 2021 F2 title

“It would be fun for me, if I don’t have a chance to do an FP1 I will give my best next year if I have the chance to go to Formula 1.

“That’s what I’m always saying to Fred [Vasseur] because in Formula 1 you have 10 sets of new tyres before the qualifying whereas in F2, we have 45 minutes maximum 10 push [laps] and then go to quali. For me, F1 on that side is easier but of course it’s a lot harder on the technical side, there is a lot of other things to manage.”

Even though the Alfa race seat won’t be his next season, Pourchaire insists the team is exploring all the options available to him for next year.

F2 rival and current championship leader Oscar Piastri won’t be racing in another series in 2022 should he claim the title, but Pourchaire has more avenues available to him after speaking to his team.

“We spoke about that together [Alfa Romeo 2022 seat] and the other options. Every option [for me] is clear and interesting. Even though I’m not going to F1 next year, Sauber has a great plan for me.”

Fifth in the F2 standings, Pourchaire isn’t mathematically out of the reckoning just yet and for him, that’s more than good enough.

An injury sustained from a crash during the Azerbaijan feature race back in June cost him performance. With his fractured arm, he soldiered on in the next round at Silverstone but his performance was impacted.

Despite that and with just six rounds and two feature races left and a 58-point gap to make up, Pourchaire is aiming to take the championship from his F3 rival from last year and current points leader Piastri.

“It has been a pretty good season from my side. The only bad point was the injury, the crash in Baku that cost me a lot of points. As well in Silverstone, I was not ready and it was almost impossible to drive [at Silverstone] but I wanted to drive to not lose any points to the others. That’s what I did, I only scored 10 points but that was the minimum goal.

“I’m proud of that because I didn’t want to give up but it was impossible to drive with so much pain. Unfortunately, we only have eight race weekends, I’m P5 in the championship and I can still win it. I’m focused on the final races and hope I can have the title of champion or vice-champion. I will give everything.”