Remember a time when single-seater racing cars used to develop interesting CVs, long after their original purpose had been fulfilled? From Formula 1 downwards, chassis would serve on the frontline – with professional or factory teams – before being sold on to privateers, for use in Formula Libre events and suchlike. You’d turn up at Aintree or Silverstone on a wet Saturday morning and discover the remnants of a half-decent European F2 Championship entry scattered around the paddock. 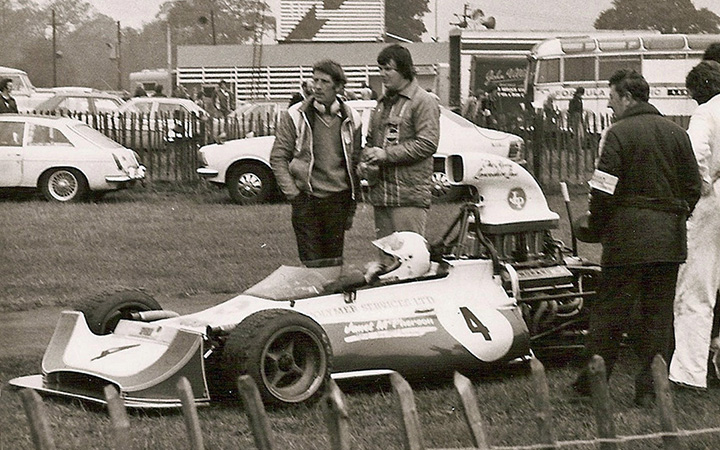 Today those same cars form the backbone of many a Historic Sports Car Club meeting, but there are few modern equivalents to the Libre races of yore. Chassis in the AutoGP series are based on a 12-year-old Lola F3000 tub, but there is little market for cast-off GP2, GP3 or Formula Renault 3.5 cars – and in any case they are bereft of the distinguishing features that endowed their forebears with such charisma.

The first of this week’s two shots was taken at Oulton Park on October 2 1976, with Janet McPherson (“The Flying Lancashire Lass”) poised to head out for practice ahead of a round of the British Open Single Seater series, which featured everything from F1 cars to Formula Ford, via F2 and Formula Super Vee. Janet’s M19 might have been an F1 chassis (said to be M19A/2, first raced by Denny Hulme in the 1971 Dutch GP), but it was in F5000 spec with a 5-litre Chevy V8 installed.

She had acquired the car after a promising Formula Ford season in a Crosslé 30F, but – if memory serves – the steering fell apart after a couple of races and she went off to drive in other categories (including Mini Miglia) while her family rebuilt the McLaren. 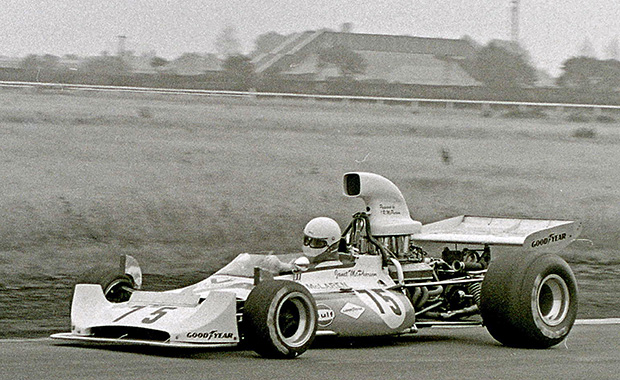 Shot two shows her brother Stuart (behind the car, to the right, in the Oulton picture) racing the M19 at Aintree circa 1981, when it was back in Yardley livery but still listed with a 5-litre V8. Note his twin-window Bell Star: remember those?

The contemporary equivalent would be somebody turning up for one of the HSCC’s end-of-year Formula Libre races in a Judd-engined McLaren MP4-20.