There are now two sure-fire ways to get behind the wheel of a Formula 1 car. One requires the backing of a Canadian billionaire, the other a (slightly) more modest sum of £1.5m.

That’s the price to own a newly refurbished Sauber or Marussia car that last saw competition in the 2011 and 2012 Formula 1 seasons.

The updated cars, badged TDF-1, retain their original F1 chassis, aerodynamic profile and weight distribution, but their high-maintenance V8 engines have been replaced with a 1.7-litre four-cylinder turbocharged engine from Mountune.

It might no longer scream like F1’s fondly-remembered V8s but the engine is claimed to produce 600bhp and doesn’t need a service after every track session.

Performance is claimed to be within 95 per cent of a comparable Formula 1 car, with a top speed of more than 200mph, and acceleration from 0 to 60mph in under two seconds. However, the wick can be turned down to 350bhp, depending on your confidence level.

A wider power and torque window should mean that that the engine is more forgiving for drivers without the talent of Sergio Perez or Timo Glock, who first drove these cars almost a decade ago.

Other developments to make the car more usable include a simplified steering wheel and a DRS flap that automatically closes if a steering, throttle or brake input that could destabilise the car is detected. 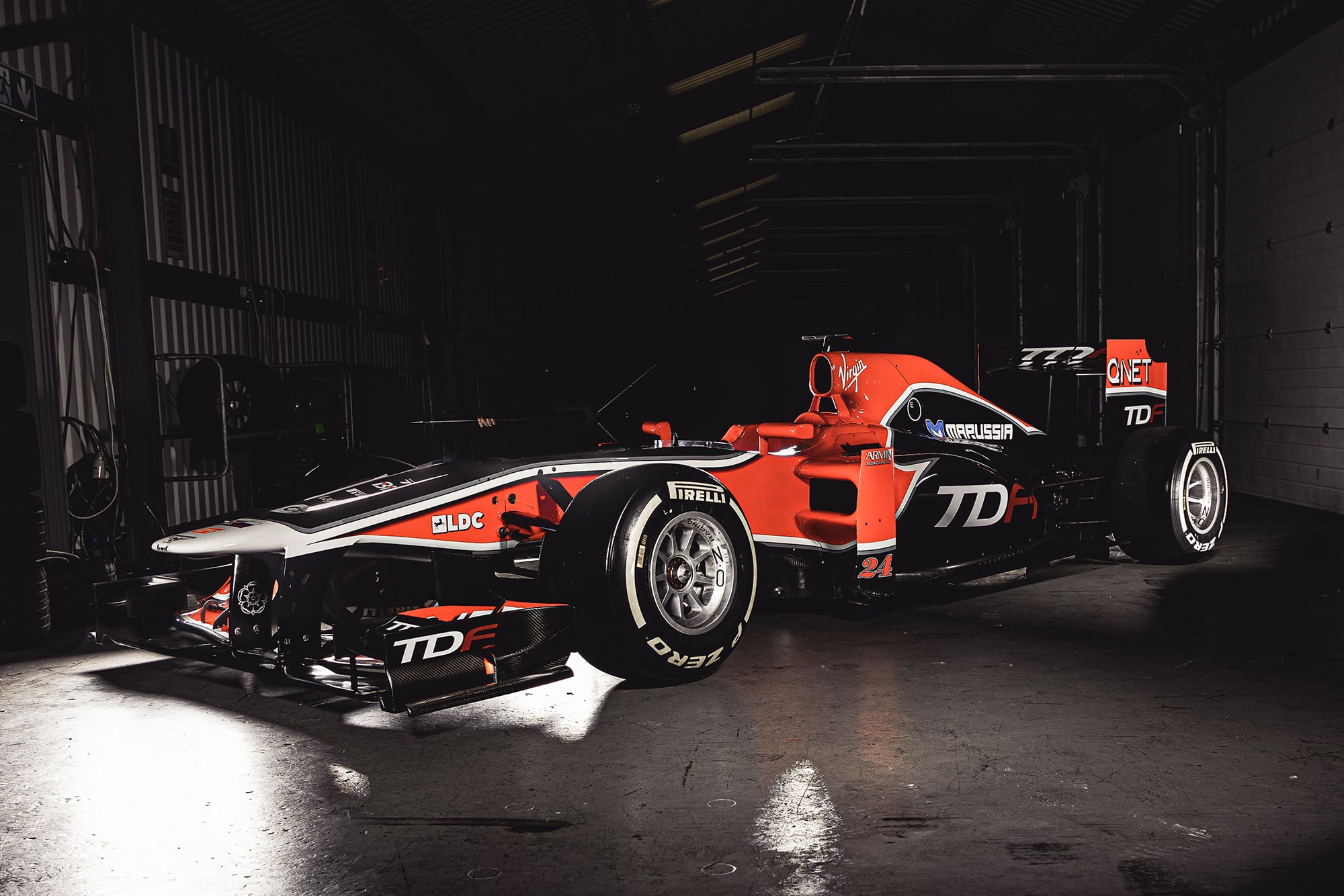 Produced by Tour De Force Engineering (TDF), which restores and runs other historic F1 cars, in Bedfordshire, the TDF-1 models come with pit equipment, spares and driving equipment, including a helmet and HANS device. Flight cases to ship the ensemble to circuits around the world are also included.

Customers get a bespoke seat fitting, as well as a day of driver training, led by W Series star Jessica Hawkins.

TDF says that it plans to host a series of driving days at international circuits, but the cost of entry is just the start. You won’t need a full pit crew to run the car, but at least one mechanic is needed, while servicing costs with TDF are £50,000 a year – or 3,000km (1,865 miles) whichever comes sooner.

The TDF-1 sits between full Formula 1 cars, which require the delicate maintenance of full race machinery, and near-F1 cars, such as the Rodin FZED, which promise the thrilling performance of a top-level single-seater, at a more reasonable cost.

TDF says that its car takes the route of least compromise because it started life in Formula 1. “With TDF-1, we wanted to create a package that allows driving enthusiasts the ability to have a genuine F1 experience that is more accessible and cost-effective,” said Matt Faulks, the company’s director.

Drugovich clinches F2 title at Monza despite retirement: 'The dream has become truth'

Despite an early collision in Monza, Felipe Drugovich clinched the F2 title after Theo Pourchaire's non-score