How do you think the average Formula 1 driver kept their driving skills sharp in lockdown and then the off-season before 2021? Running an old Toro Rosso like Yuki Tsunoda? Doing a spot of rallying a la Valtteri Bottas? Or cleaning up celebrity sim-racing honours as did Fernando Alonso?

This weekend at the Red Bull Ring, there might be no greater contrast to this grand prix prep than the indefatigable W Series driver Sarah Moore. She spent last year’s lockdown not behind the wheel not of a racing car or sim rig preparing for the all-female category’s return, but a supermarket delivery van.

Once racing finally opened up again and the 2021 W Series was announced, so strapped for cash was the female racer that she had to crowdfund her own helmet.

Yorkshire-born Moore, who will be competing at the Austrian Grand Prix-supporting W Series round after almost two years out of racing, told Motor Sport signing up for shifts at the supermarket resulted from her almost reaching breaking point in lockdown. 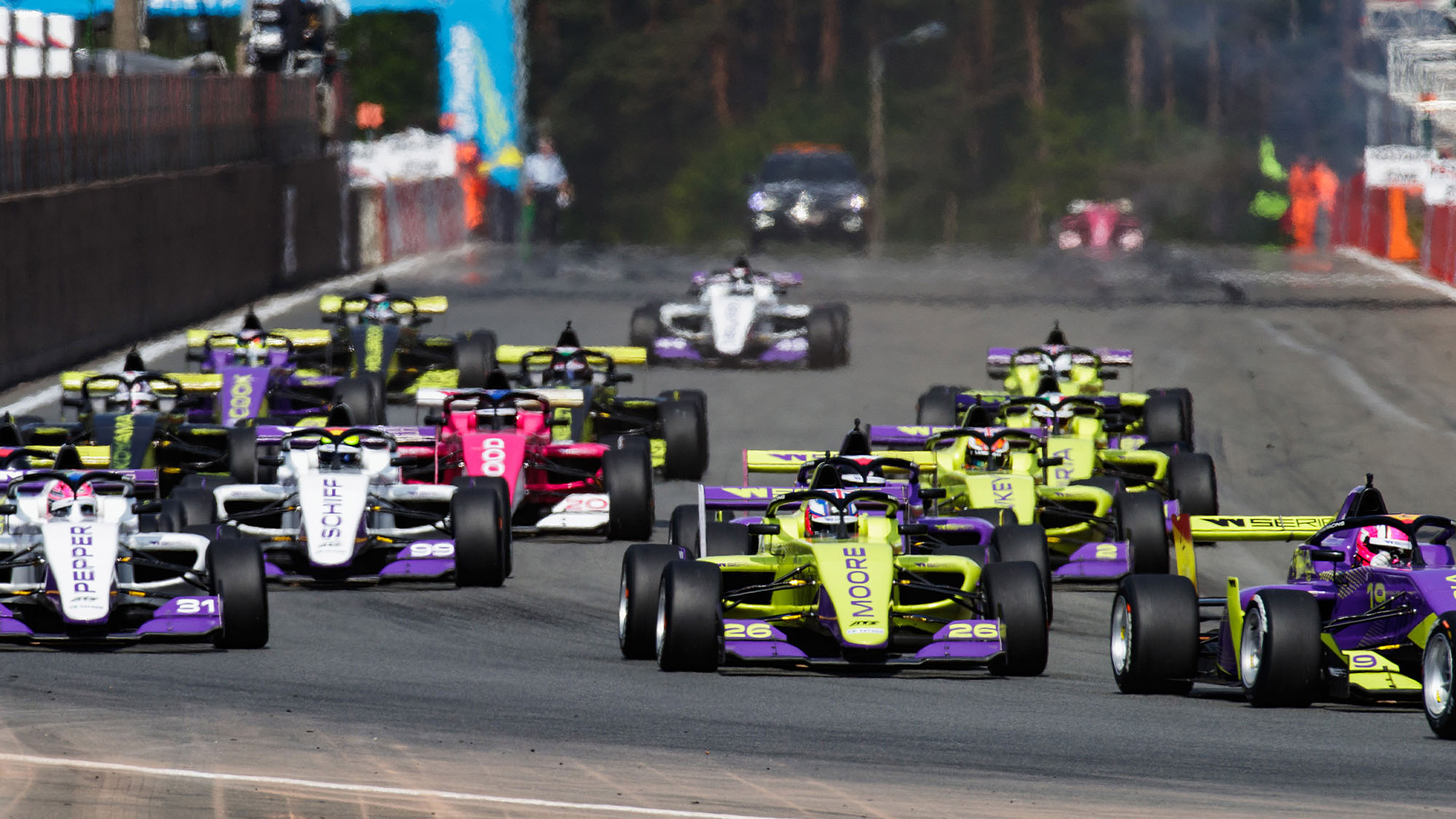 “After two months in lockdown, it got quite difficult because I’m used to being away from home pretty much seven days a week, whether it’s working as a driver coach or racing,” she says, in between pre-season testing sessions for W Series in Anglesey.

“I started as delivery driver, actually at the time more so for my mental health, because I was going absolutely insane just being been at home and staring at the same four walls.”

Moore soon found it therapeutic, not just from being a chance to get back in the driving seat, but also the positive emotional exchange of helping others. She says the life lessons learnt have been carried into her now-resumed racing career.

“I think taught me to have a bit of patience just in normal, everyday day-to-day life,” she says.

“I think the one thing that I’ve enjoyed the most out of it is kind of feeling appreciated by others.

“The fact that you’re supplying food to people that really are in need and really can’t go out the house – it made me realise how lucky I am to be able to still work, and be helping other people out at the same time.

“It was nice to put smiles on the faces of everyone else and it put a smile on my face whilst doing it.”

Eventually, after what must’ve felt like a lifetime for professional racers like Moore, the 2021 W Series was announced after being cancelled due to Covid-19 last year.

Moore qualified for participation by dint of finishing in the top 12 of its inaugural season – even better for this year, all eight rounds are official F1 support races.

While she was obviously delighted with the development and increased spotlight for the W Series, this new boost also brought its own problems.

“I’ve come from a racing family, so always used my brother’s hand-me-downs,” she explains. “But now we’re running with Formula 1, the spec of helmet that is advised is the ABP helmet. The circuits that we’re running on, they’re going to be much higher speed; it’s a safety issue.”

Helmets are one of the few driver costs that W Series doesn’t cover and ABP models cost a minimum of £2,500. After a year of being starved of her usual driver coaching income before she took up the supermarket job, Moore had to seek an unusual route to find the crash helmet cash.

She put out a public appeal via a gofundme campaign and the response was overwhelmingly positive for the Harrogate racer. Eventually £3,820 was raised, beating the original £3,000 target.

“It was quite emotional actually, I honestly didn’t expect it to take off the way that it did,” Moore says.

Now she’s suited and booted, the W Series entrant is looking to build on her solid results in the 2019 season, in which she scored two-top on her way to eighth on the championship. She’s confident about improving on that this year.

A MASSIVE thank you to everyone who donated towards this, it means the world and I can’t thank you enough ❤️

“My aim is the same is for top five in the championship and podiums, but I think it’s definitely going to be a very, very tough season,” she says. “The drivers in this championship are absolutely fantastic, even the new girls coming in – they’ve proved themselves in testing.

“I think it’s going to be a very tight season, but with limited track time on a race weekend, it’s definitely going to be interesting to see who can adapt to each track and get the car dialled in the fastest.”

Amongst the stiff competition is reigning W Series champion Jamie Chadwick, who is now an F1 development driver for Williams as well as competing in Extreme E for Veloce. Another strong opponent in the field will be Beitske Visser, who finished ninth in the LMP2 class at Le Mans last year in an impressive debut showing for the Richard Mille squad.

Does Moore believe she can make the same progress beyond W Series – and because of it?

“Yeah, definitely – I think W series is creating those opportunities,” she opines. “Jamie being linked with Williams, I believe that is off the back of the W series in 2019 and her success.

“My personal goal is WEC and Le Mans in the prototypes. I plan to race in the Asian Le Mans Series LMP3 class this winter. I definitely feel that with the help of W Series I will get there.”

While there have been negative comments from some about what they view as ‘segregated racing’, Moore says she’s only ever been behind the idea of an all-female racing series designed to give women a platform in motorsport. 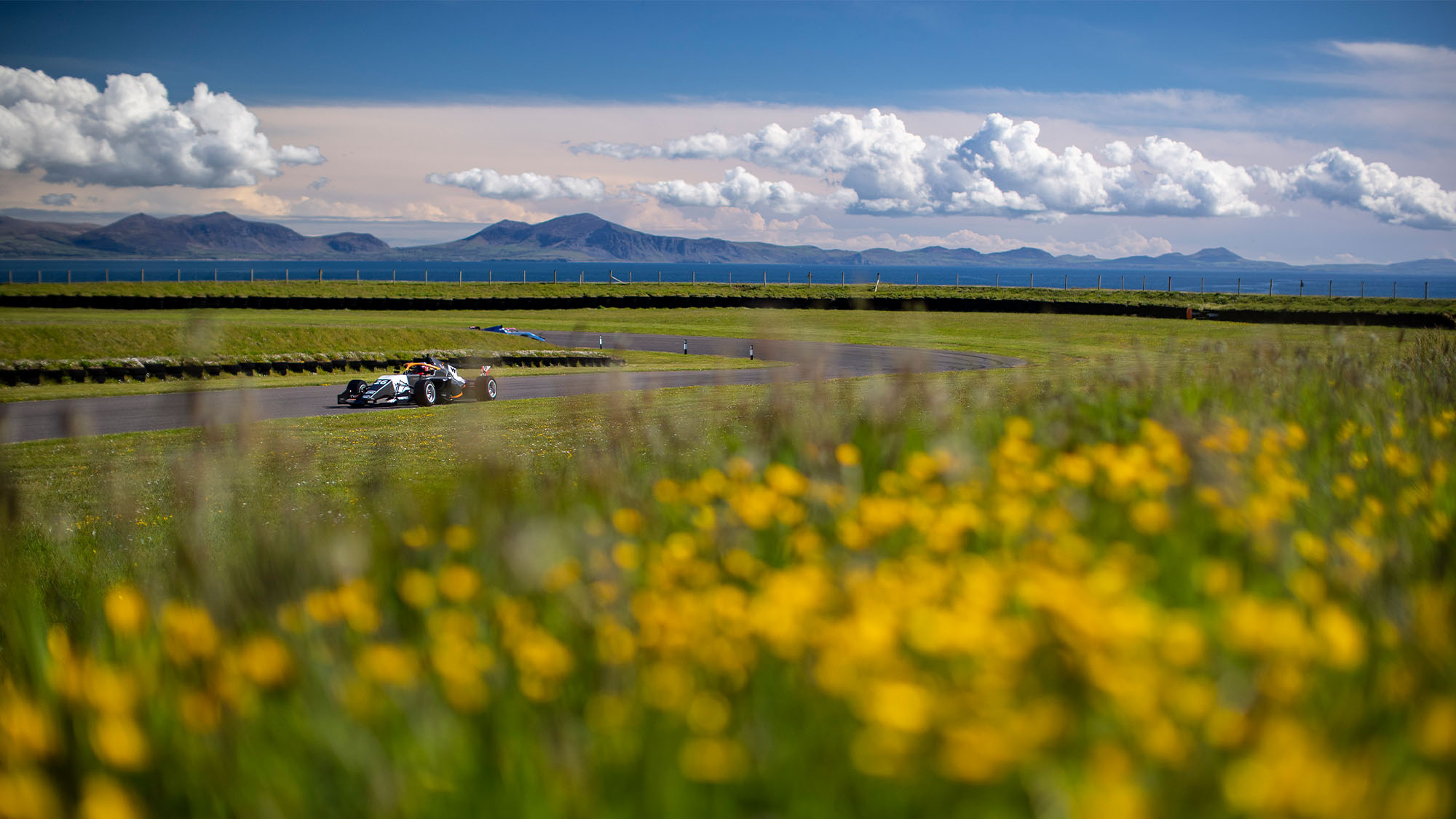 Testing at Anglesey earlier this year

“I heard about W Series through one of my friends before it was announced and I was pretty much all for the idea, because there just aren’t enough women in motorsport,” she says. “When I was younger I never had a female role model in the discipline.

“For me, I think what they’re trying to achieve is going to be amazing for, generations for years and years to come. There needs to be women within the sport for people to look up to.”