Women-only motor sport: is there really a need for segregation? W Series was contentious from the start and for some it will continue to be divisive as season two kicks off this weekend. But ask any of the 20 racers who have won their place to compete and they all throw one key word straight back at you: opportunity. Without W Series, many of these ambitious talents would have been lost to motor sport through a shortfall of budget.

If it has fallen off your radar, you won’t be the only one because it’s been an awfully long time since the end of season one: August 2019, when Alice Powell scored a memorable victory at Brands Hatch as compatriot Jamie Chadwick clung on to claim enough points to win the inaugural title – not to mention a plentiful bounty of $500,000 (£720,600). The prize money remains, along with the centrally-run fleet of Tatuus T318 Formula 3 cars managed by former McLaren man Dave Ryan and his squad of mechanics and engineers.

But there’s one major change that could make a world of difference to W Series this time: it’s now a Formula 1 support series, beginning this weekend and next at the Red Bull Ring, ahead of the British GP and concluding after a total of eight rounds in Mexico at the end of October.

Series boss Catherine Bond Muir says she’s intrigued to find out “the unknown impact F1 will have on us and the excitement of racing on motor sport’s largest global platform”.

“When I was in the planning stages of W Series, if someone had told me in your second year you would be having all your races with F1 I would have laughed,” she says. “It’s an enormous endorsement of the team, for people like Dave Ryan. I hear now from people at F1 that they were sitting watching it in the first year and actually a whole number of F1 people came down to our race at Brands Hatch just to have a look at it.” 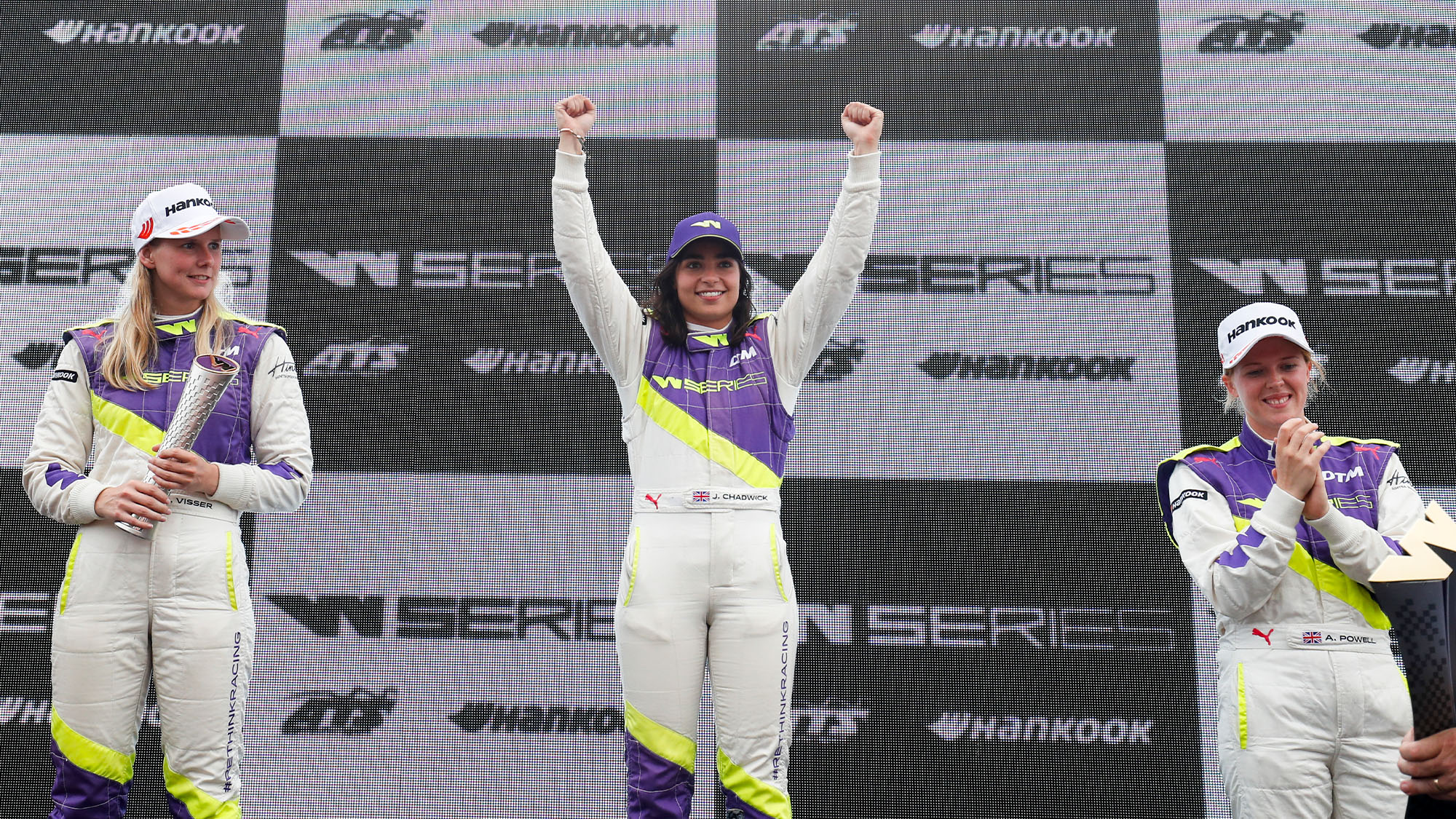 But why did W Series disappear for so long during the pandemic when more or less every other major series returned in 2020? “What people have to remember is W Series is set up differently from others,” Bond Muir replies. “We own the cars, we pay all the drivers’ expenses, we’re bringing 20 in from all over the world. In other series the teams are responsible for two drivers. As it stood I don’t think we could have got all our drivers in from all over the world. Unquestionably it was the right decision from a logistics point of view.

“I look back and I am pleased that for our second season we didn’t end up with a W Series ‘Lite’. We are returning and going full-throttle, if you’ll forgive the pun, presenting ourselves in the best way we possibly can on a number of circuits across the world. That’s better than having six to eight races in Germany” – a pointed reference to how Formula E completed its 2019/2020 season last August with a series of races in Berlin.

Bond Muir reminds us that the W Series esports series that launched last summer amid the boom in virtual racing added another dimension, especially as it turned on a new audience not made up of “middle-aged white men” – ahem, not that there’s anything wrong with motor sport’s traditional fanbase, you understand…

Now the target is further “audience growth” and its strong TV package, which includes UK terrestrial coverage via Channel 4 once again, is key to the exposure W Series needs to thrive. “In 2019 it was one of the most important deals we did,” says Bond Muir. “It was a massive endorsement and demonstrated that we were on to something, that even before we had proven ourselves a major broadcaster had picked us up.” 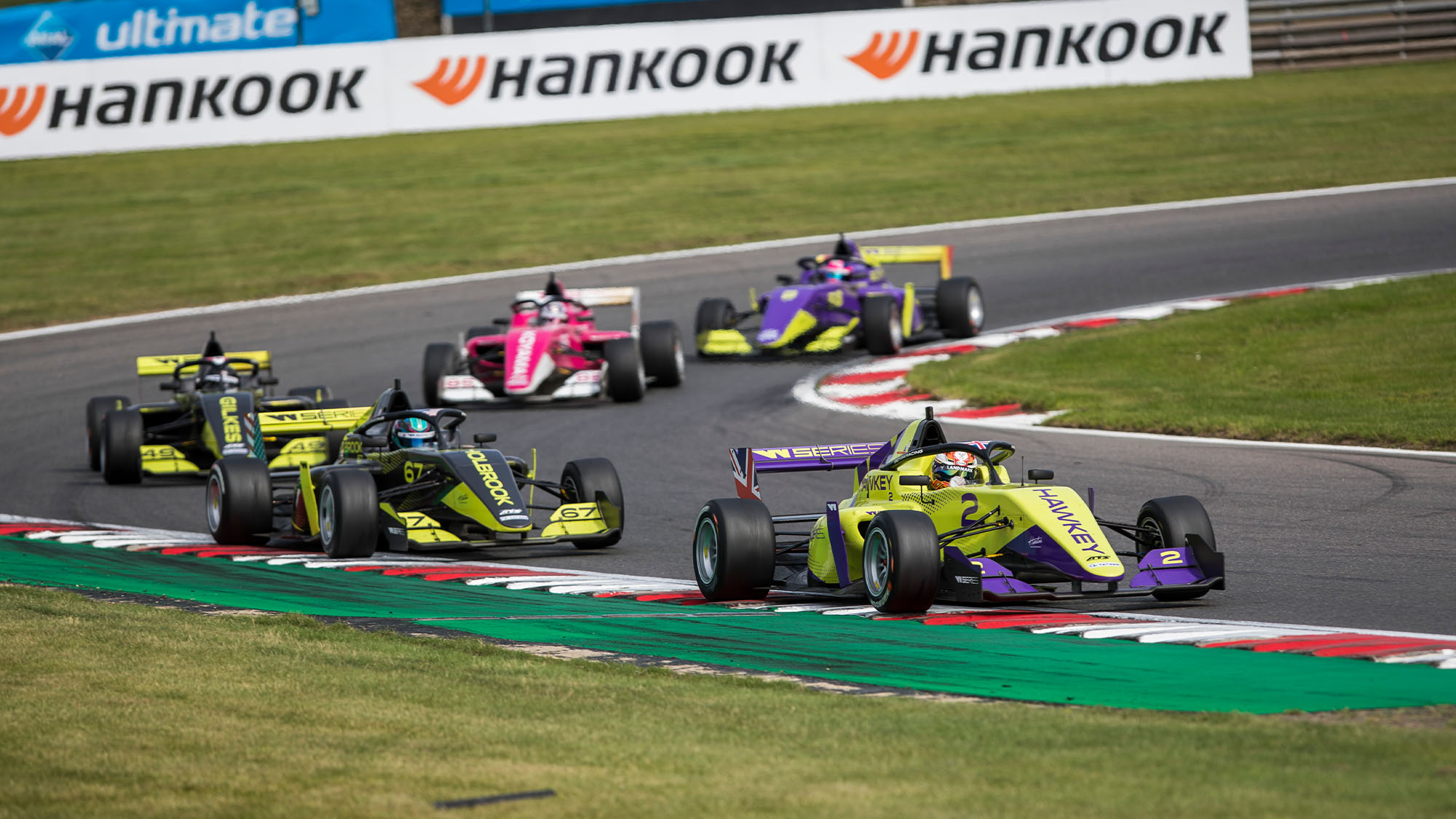 Promoting female sport is certainly in vogue as society opens up to a change in attitudes perhaps most positively described as better late than never. “In the past two years the strive for diversity and equality has continued at a pace, but if we go back two years ago that wasn’t necessarily a given,” says Bond Muir. “Channel 4 picking it up again this year just shows that we did produce good entertainment. If broadcasters don’t get the audience and the sort of audience they want they just won’t pick it up again. In 2019 in the UK we were the second most watched motor sport, just with our six races, and we were the second most watched female sport after football. That is the massive impact C4 had on us. We need to build on that and on our audience across the world. Terrestrial TV is important.”

But will audiences really tune in regularly and in consistently large numbers to women’s sport for the long-term? TV executives used to pour cold water on such an idea – and some probably still would. “The world has changed 180 degrees since we had the idea,” counters the series boss. “When I was initially developing a business plan in 2015 and 2016, I was speaking to lots of people in finance and sport. They said right at the outset that it was a really good idea, that women are massively under-represented in motor sport, but no one watches female sport. So 2019 was this extraordinary watershed year that demonstrated that at least people would watch World Cup soccer for women. We demonstrated that people would watch female-only motor sport. It was a massive sea-change.”

When I ask her to confirm the prize fund and champion’s earning of $500,000, she does so in one syllable. Bond Muir is prickly on one of W Series biggest draws – despite it being a clear reason why the likes of Chadwick was convinced to sign up in the first place. During season one, Bond Muir found it aggravating when I asked whether the prize fund would remain as healthy for season two, which at the time should only have been a matter of months away. Why? Perhaps because that’s where the pressure lies. W Series needs sponsorship and new income to guarantee a return for its investors, if it is to continue through the decade on the same basis it has launched with such success.

But Bond Muir, whose background includes time spent in corporate finance, is adamant women’s sport has a pull that will make W Series attractive to future backers. “The opportunities that a global boardroom push for greater diversity give us is [access to] a lot of the money that has gone historically into exclusively male sport – over 98% of sponsorship in 2013 went into male sport,” she says. “Now there is a massive shift at boardroom level that if you support a male sport you have to support women too, not only from a diversity point of view but for morale internally. They don’t want to see their brands just supporting the men’s side. That movement has already started and it will change significantly in the next few years.” 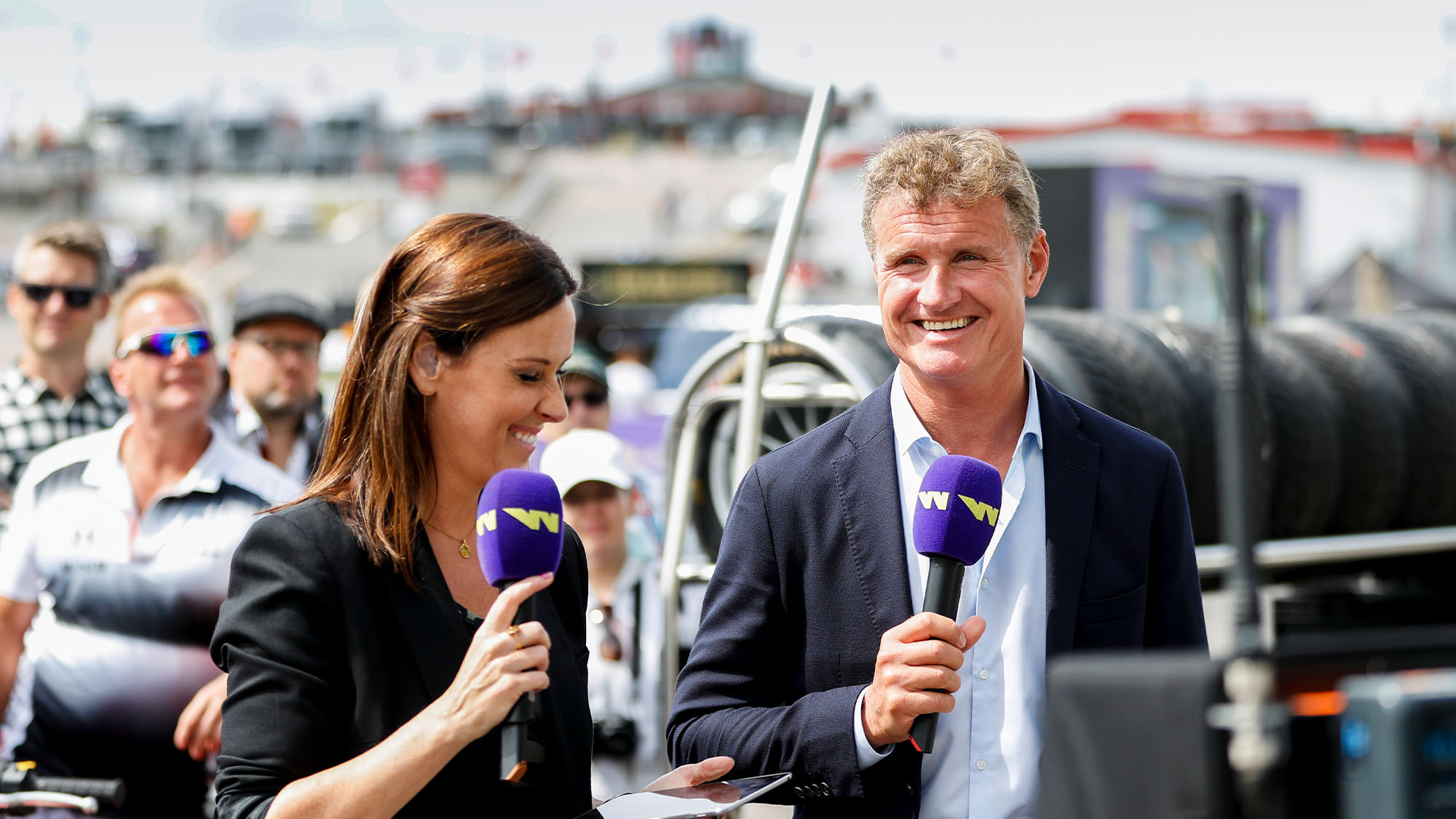 Expect to learn more in the TV coverage this year about this “extraordinary bunch of women”, as Bond Muir describes them. Having established the series two years ago, it is hoped one of the benefits of supporting F1 will be to help build up the drivers’ characters, both new and old to the series. Chadwick is back to defend her title, as is Powell to try and wrest it off her. Then there’s Emma Kimiläinen, who rivalled Powell as the in-form driver at the end of season one, plus the other 2019 race winners Beitske Visser and Marta Garcia. Then there are the new recruits, including ex-Grand Tour tester Abbie Eaton, initially a W Series vocal critic but who is now happy “to put my hands up and admit I was wrong”. A series in which you don’t have to pay to race and compete on the same bill as F1, with the chance to win decent prize money? No wonder she changed her mind.

What will really seal the deal for W Series is if one of its drivers moves on to a platinum-grade seat in a mainstream international championship – and then thrives. It doesn’t have to be F1 (although that would obviously be ideal), but motor sport is crying out for a female racer to come through who can score big results on a major stage. Is that one of the current crop from W Series? If it isn’t, perhaps the women who compete this year will inspire young girls tuning in to Channel 4 to chase their own racing dreams. The main thing holding back women in motor sport is not necessarily prejudice, but simple mathematics: not enough girls and young women are being encouraged to take up racing, and therefore the chances of a top-grade talent coming through are smaller than they should be. W Series is part of the increasingly vocal narrative that is attempting to change that, and for that reason alone it has to be a good thing it has survived to make it to season two.