There never seems to be any shortage of sports bidding for inclusion in the Olympic Games. But when did you last hear anyone clamouring for motor sport to be part of the quadrennial summer extravaganza? Or maybe someone being a bit more specific and arguing that rallying — studded tyres and all that — should join the winter version? Not to matter now, because our sport has its own Olympics and it’s called the FIA Motorsport Games.

The inaugural event took place at Vallelunga in Italy early in November and, as it sort of says on the tin, it brought together different disciplines from around the world of motor sport. And a nice cross-section at that.

Sports car racing, touring cars and single-seaters were all represented. There was also karting, esports and drifting in the six-event contest. So the inaugural games reached out to many corners of the motor sporting world, if not quite them all.

Ours is a diverse sporting disciple, and that goes at least some of the way to explaining why there has never been a serious movement to get motor racing in any of its forms on the bill at the summer or winter Olympics. What category would you pick? Could you imagine the bickering in a sport that sometimes appears to get off on infighting and intrigue?

To my mind, a single-seater category and, say, drag racing have little if anything more in common than say tennis and squash. Single-seaters and drag racing involve cars with engines and take place on some kind of asphalt course. Tennis (part of the Olympics since 1988) and squash (not an Olympic sport, in case you didn’t know) involve racquets and a ball, and take place on a roughly oblong-shape court with lines painted on it.

That’s why there’s a good argument for motor sport in all its multifarious forms, of at least some of them, to have an Olympics of its own. That’s certainly what GT boss Stéphane Ratel and the FIA think, and explains the creation of the Games. 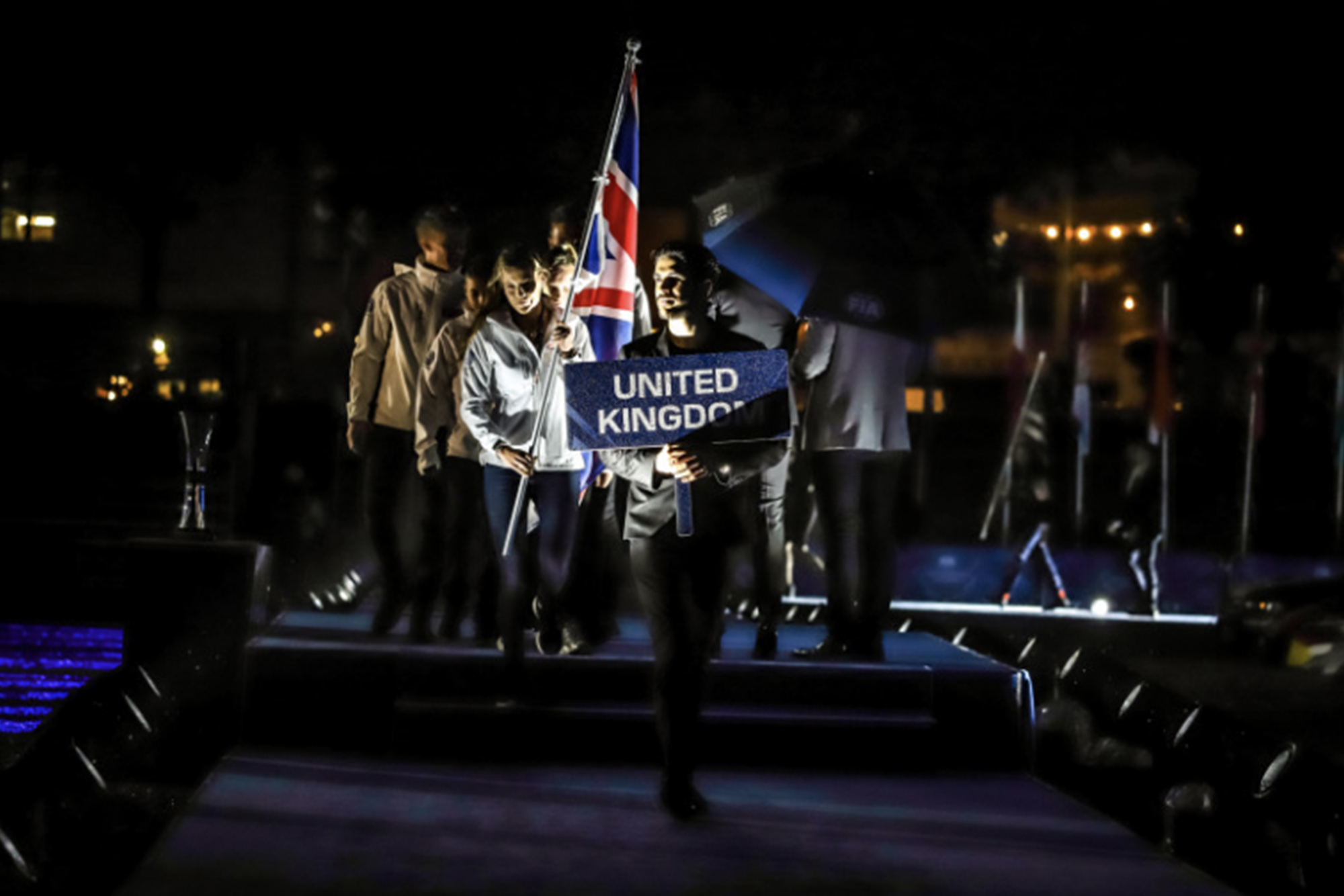 The UK team, here at the opening ceremony, was among 49 national teams

Ratel, whose eponymous organisation racing surely promotes more racing around the world than any other, had the idea as long ago as the early noughties. It didn’t go anywhere, but when the FIA asked for tenders to run a pro-am equivalent of the FIA GT World Cup that has taken place on the streets of Macau every year since 2015, he stuck his hand up. The Stéphane Ratel Organisation put in a tender to run the event, but with a difference.

He came up with the idea of organising it along national lines, and so the FIA GT Nations Cup was born. The success of that event, won by Turkey, in Bahrain at the back end of 2018 provided the impetus for a wider-reaching competition fought out between nations.

The FIA Motorsport Games at Vallelunga had many of the trappings of the Olympics. There was a glitzy opening ceremony in the centre of nearby Rome, complete with nine-time Le Mans 24 Hours winner Tom Kristensen ‘driving’ a chariot, and medals dished out for the top three in each of the competitions. And there was a rolling medal table to decide the overall winner of the event. 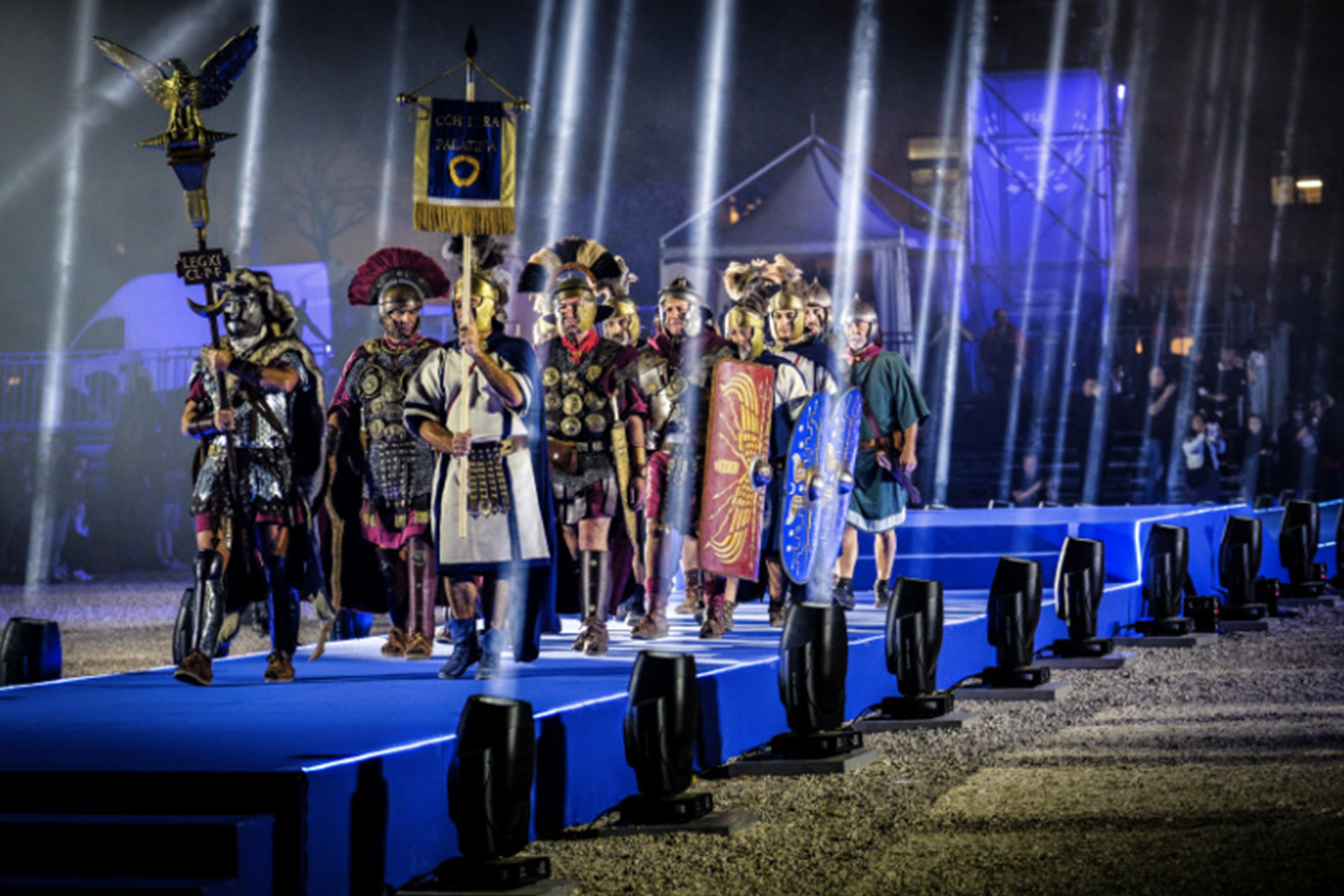 Racing finds its Roman connection at the opening ceremony

There was significant buy-in from national sporting federations, through which entries had to be made. The flags of 49 countries fluttered in the inclement weather that hung over Vallelunga on November 2/3 and four ASNs made sure they were represented in each of the half dozen competitions.

Those included the host nation of Italy and Russia, which topped the all-important medal table. Motorsport UK liked the idea, too. It made a concerted attempt to have a British entry in every category, though ultimately fell one short.

The weather put a downer on the opening ceremony and much of the weekend, but there was some good racing in between the safety cars that broke up the racing out on the circuit.

The pick of the action came in the Touring Car Cup for TCR machinery. Klim Gavrilov took gold for Russia in the tin-tops, a result that was based on points scored in two of the three races. No nation won more than one event, which meant that the bronzes picked up by Russia in the drifting and the slalom karting event ensured it finished to the medals table. 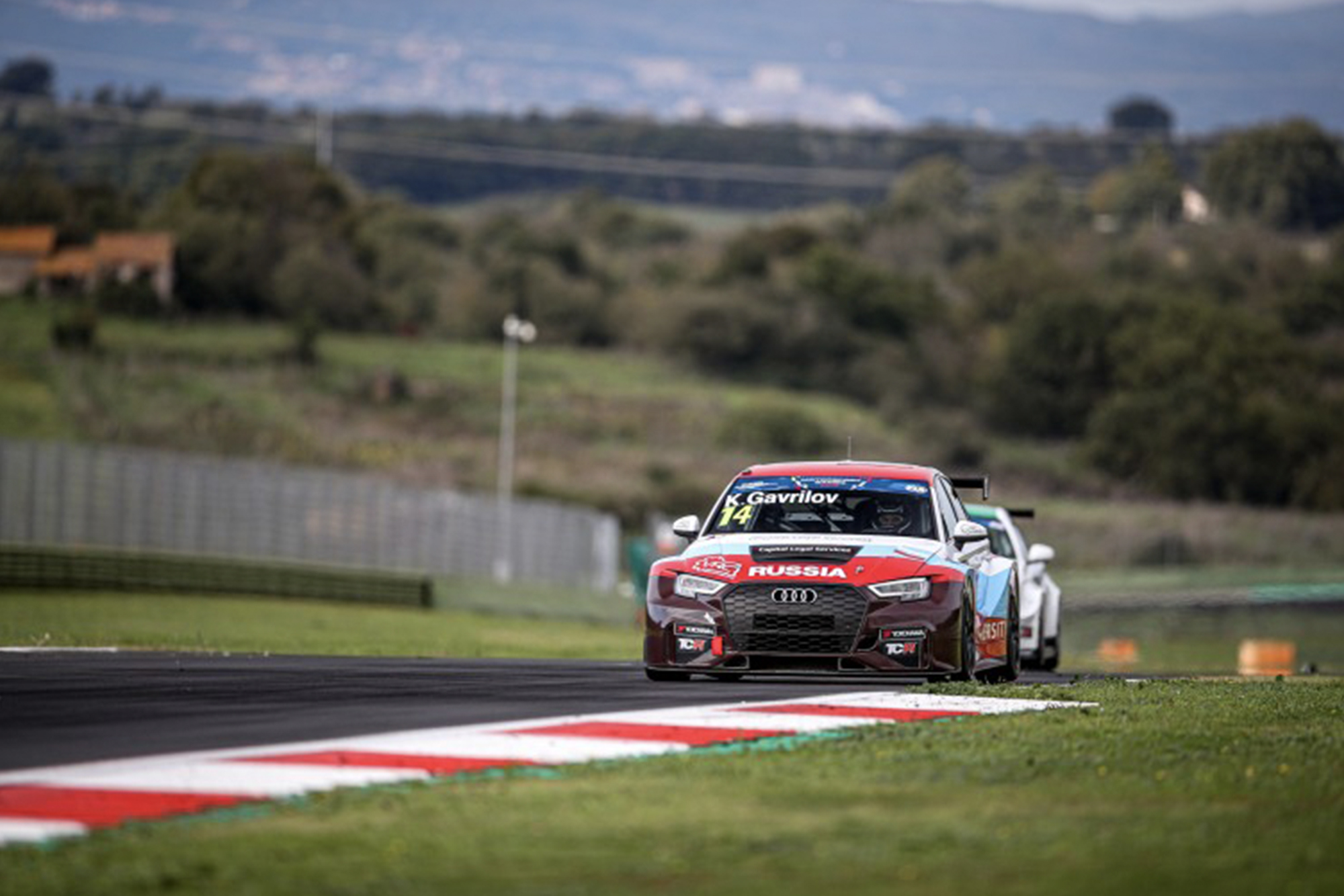 No doubt they were paying attention back in Russia, just as the winners of the Nations Cup in 2018 grabbed the headlines back home in Turkey. Yet the Games appeared to pass more or less unnoticed in what might be called the developed motor sport world.

Ratel pointed out that the Games had come together in double-quick time. SRO’s contract to promote the event wasn’t signed with the FIA until early in the summer, which meant the official launch came only at the end of the July.

The Frenchman has big plans for the future, however. Ratel wants to double the number of events for 2020 when he intends to move the event to Paul Ricard, which is a kind of Queen Elizabeth Olympic Park and then some.

The French venue allows for two configurations of race track to be used at once, it has a CIK-sanctioned karting venue and it has its own rally stages. There’s a hillclimb nearby aligned to the venue and right next door is an airfield that would make the perfect drag strip.

The Nations Cup, an event for TCR tin-top machinery and Formula 4 single-seaters were the classes of car racing on the bill at Vallelunga. TCR and F4 were obvious choices for the Games, because, like the GT3 category from which the Nations Cup grid is formed, they have spread around the world.

The LMP3 prototype division, another category that has cars racing all round the globe, could join them next year. Ratel wants an endurance event and talks have already started with the Automobile Club de l’Ouest, which conceived the P3 division. Finding other classes where a grid of cars with one and only one representative per nation — something on which Ratel is insistent — might be slightly harder to achieve.

Some might argue that the games can only ever be some kind of novelty event in a sport that in recent history hasn’t been drawn up on national lines. But the flags of 49 nations flying over Vallelunga suggests that ‘our’ Olympics can become an important event on the motor sport calendar.

Le Mans Hypercars will be permitted to run against LMDh cars in IMSA from 2023, prompting fears the former could dominate – some aren't scared though, with team boss Wayne Taylor relishing the challenge

Brian Redman, a four-time winner of the Spa 1000kms, has described the initial sheer terror that driving a Ford GT40 around the famous circuit induced in 1966