Toyota, Glickenhaus and Alpine will head up the new hypercar era in the World Endurance Championship (WEC) as the entry list for the 2021 season has been unveiled.

Five entries have been confirmed for the hypercar category along with the strongest LMP2 grid in the history of the season.

Toyota will continue with its six drivers from the 2019/20 season with its hypercar programme and two entries. Glickenhaus will also enter two cars into the top class with Ryan Briscoe, Gustavo Menezes and two-time Le Mans winner Romain Dumas confirmed as part of its line-up. However, there is no sign yet of ByKolles’ 2021 hypercar entry.

Alpine has moved up to the top class with one entry, having taken over Rebellion’s LMP1 car, running it this year as a grandfathered car.

The LMP2 class will be the largest in WEC history this season, with 11 confirmed entries, including the all-female line-up of the Richard Mille Racing no1 squad.

Sophia Floersch, Tatiana Calderon and Beitske Visser will form that team while plenty of familiar names comprise the rival entries in the class.

Porsche and Ferrari will battle it out head-to-head in GTE-Pro with two entries from each in 2021.

Neel Jani and Daniel Serra are the new names for each manufacturer respectively for the new season.

13 entries make up the GTE-Am grid for 2021, with Aston Martin, Ferrari and Porsche represented with at least three cars in the field.

Another all-female line-up will be in the Am class, as Rahel Frey, Manuela Gostner and Michelle Gatting comprise the no85 Iron Lynx entry.

AF Corse, Dempsey-Proton Racing and Aston Martin Racing all return for the 2021 season. 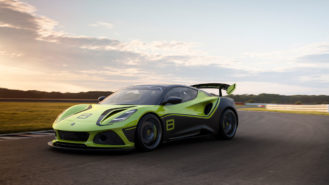 Seven decades since Colin Chapman created his first Lotus trials car, the Norfolk firm aims to reassert itself in racing with the Emira GT4 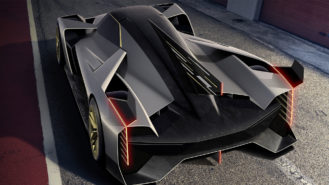 Cadillac has announced its long-expected LMDh programme, with the company stating it intends to enter Le Mans, WEC and IMSA, after a twenty year-plus absence at the top level at… 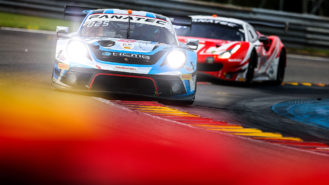 Le Mans' GT category will switch to GT3-based cars in 2024, organisers have confirmed, as they plan for a cheaper generation of machines. The current GTE cars will continue racing…