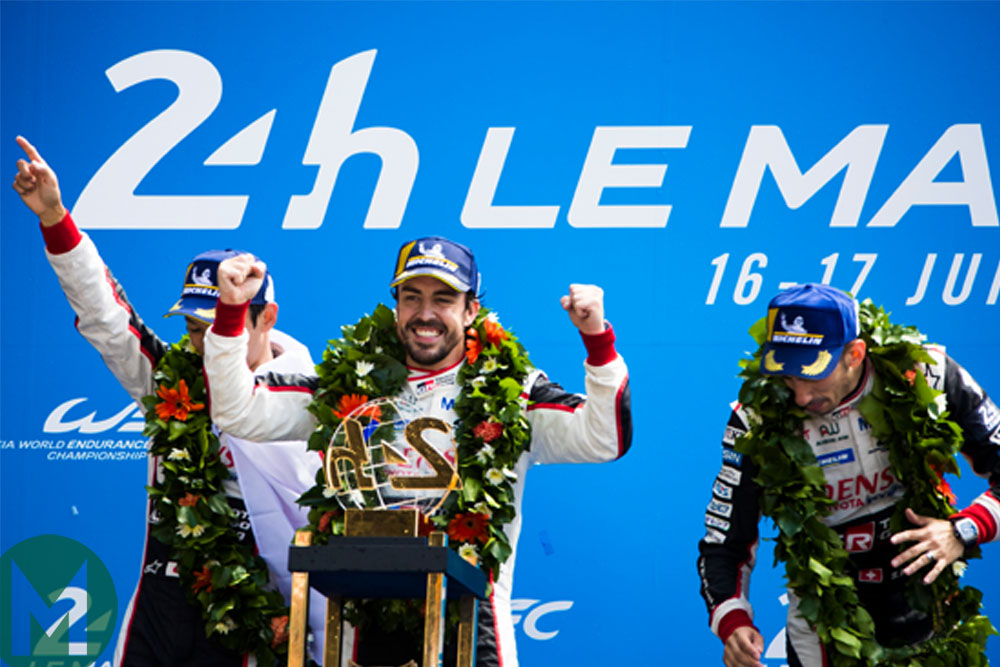 He will finish the WEC ‘superseason’ at Le Mans alongside Sébastien Buemi and Kazuki Nakajima after a trip to the Indianapolis 500 with McLaren at the end of May.

“I have enjoyed being part of Toyota in WEC but this chapter is ending,” confirmed Alonso on Wednesday.

“Winning Le Mans is one of the highlights of my career as part of my Triple Crown challenge [the Indianapolis 500, Le Mans 24 and Monaco Grand Prix] and I will always remember that victory which we achieved together as a team last year. Now is a good time to take on new challenges and there are many interesting opportunities to explore within Toyota.

“I wish Brendon all the best for next season and I would like to thank all the team members for the big effort they continue to make to achieve success in WEC.

“We still have two important races remaining as we are still in the fight to become WEC champions and I will be pushing hard to win both of them. I would love to put an end to this superseason by celebrating a new world title with all the Toyota Gazoo racing family.

“Finally, I’d like to take the opportunity to say thanks to all WEC and ACO members for such a warm welcome and experience,” he said.

In the latest issue of Motor Sport, Alonso looks back on his year with Toyota and talks about his most “intense” year yet.

Former Toro Rosso driver Hartley, who won the endurance race in 2017, will join Toyota for the 2019/20 season that begins on September 1 at Silverstone and finishes at the 2020 Le Mans 24 Hours, although it has not been confirmed who he’ll partner.

“A big thanks to Toyota Racing for giving me this opportunity,” said Hartley.

“I know how professional and motivated this team is following my years competing against them in WEC, so I am fired up and am very happy to be joining them.

“I believe I am returning to WEC an even stronger driver following my experience in Formula 1 and I look forward to getting on track and building a strong relationship with my new team. I can’t wait to get behind the wheel of the TS050 HYBRID; the first tests can’t come soon enough.”

The New Zealander’s first test of the Toyota TS050 will be on June 2 at Le Mans.