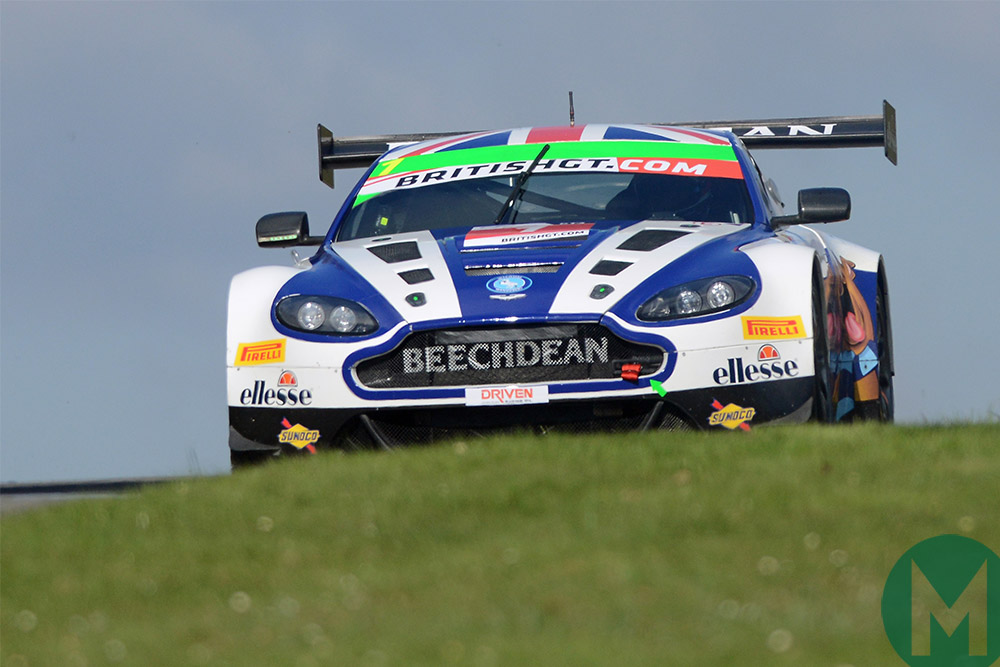 Aston Martin Racing will field four works drivers in the 2018 British GT season as three-time Le Mans 24 Hours class winner Darren Turner enters the series. Turner, who took GT class wins in 2007, 2008 and 2017 at Le Mans, will compete in his first full British GT season as the V12 Vantage GT3 enters its final season of GT racing. AMR is preparing a new Vantage GTE for WEC competition in 2018, the replacement to be powered by a twin-turbo V8 rather than the V12.

Turner will enter with Beechdean AMR, as team head Andrew Howard partners him in his return to the series.  As a result, four of AMR’s six works drivers will compete in the GT3 class of British GT in 2018, with 2016 GTE world champions Marco Sørensen and Nicki Thiim making their series debuts with TF Sport and Jonny Adam competing for Optimum. The Beechdean pair of Turner and Howard competed together at the European Le Mans Series and won the GTE title in 2016, while Adam holds the record for the most wins in British GT.

“Andrew has won the British GT Championship twice in the Vantage GT3 so he knows how strong the car is and how well it works on the British circuits,” said Turner. “I’ve always really enjoyed the time I’ve spent behind the wheel of the GT3. With a 6-litre V12 up front how can you not enjoy driving that car? I’m looking forward to sharing a car with Andrew again. It has been a lot of fun competing with Beechdean in the European Le Mans Series over the past two years and I know we have the potential to win races this year.”