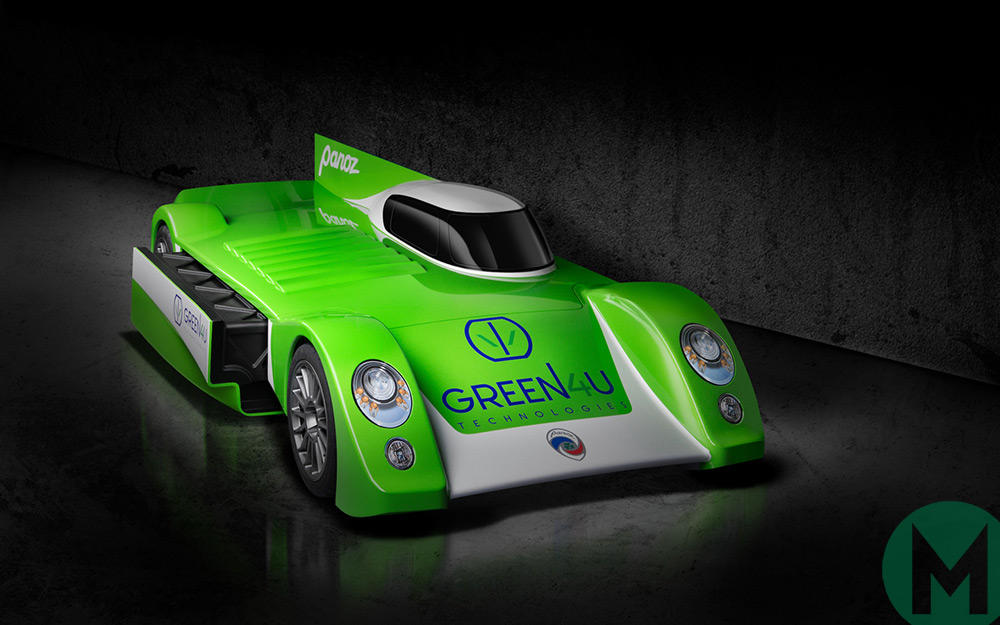 Two years ago Don Panoz had an idea to take an all-electric GT car to Le Mans. This time next year, he may be reflecting on a groundbreaking 24 hours for the American manufacturer’s GT-EV.

That he announced it at this year’s Le Mans was probably no coincidence. The FIA and World Endurance Championship announced its own electric plans: each factory LMP1 car in 2020 must run the first kilometre after every pitstop on electric technology. They must also cross the finish line at the end of the race on electric power from an as-yet undefined point.

Panoz is going further, far further. There will be no combustion engine to take over, just banks and banks of changeable batteries to cover 5,000 kilometres. The next-generation LMP1s will be plug-in, the Panoz batteries will be unplugged and plugged-in to the car at every pitstop should it secure the Garage 56 for innovation for next year’s race.

Things have moved on quickly from the Panoz ‘Nissan’ ZEOD’s one lap of La Sarthe on electric power in 2013.

Its vital statistics are still to be fully determined, but 175-180mph has been quoted, with all-wheel drive and two motors combining for between 400 and 450kW.

It’s an ambitious project, which also includes road-going models through project partner Green4U, also a Panoz company. Turnaround is tight, but Green4U CEO Jack Perkowski believes the time is right. “The whole EV [electric vehicle] industry is at an inflection point,” he says. “Over the next number of years you’re going to see EV blossom as a technology. This announcement is a logical culmination of a bigger plan and is the first step in proving the technology for the motor sport industry.”

The development curve is so steep the technology in the Panoz could be outdated by the time it turns a wheel. “That’s the gamble you take,” admits the pioneering Don. “All I know is we’re going to do all we can going forward. And, maybe someone has a better idea or concept.” 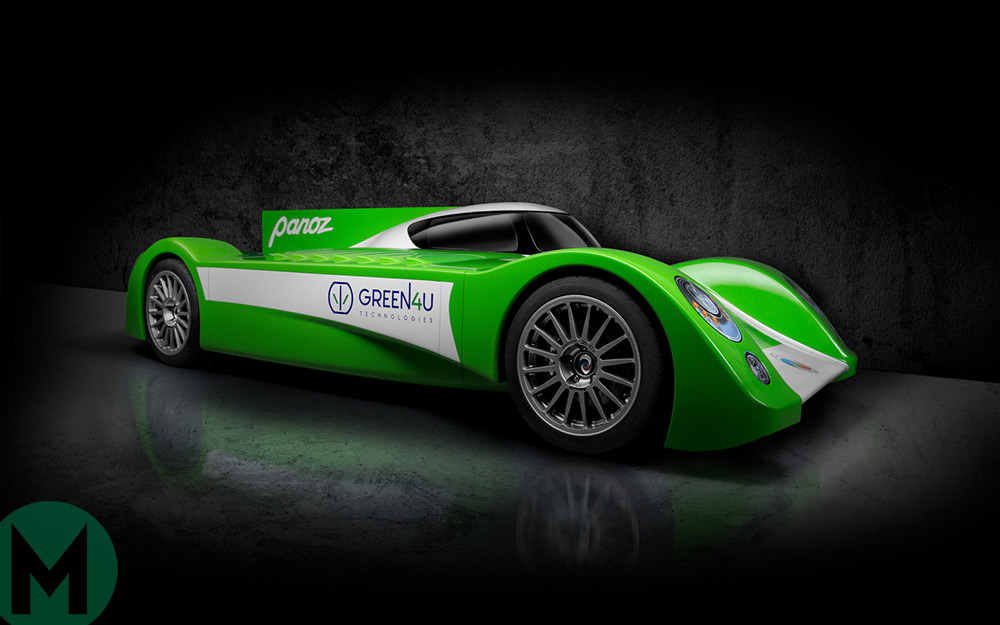 Battery technology is advancing possibly fastest of all in the motor sport and automotive industries. Formula E’s continuing and growing appeal to manufacturers is because of that very reason, if they can push a race car at full tilt for increasingly longer races then the direct benefit for road cars needs no pointing out.

Panoz will be a direct beneficiary of those advancements too. It will be taking the technology that is being developed now and then tweaking, improving and combining it with other elements, an approach Panoz has used throughout its 20 years of building race cars.

The plans currently involve a hybrid battery pack of lithium-ion and lithium-titanate. “Braking to 40mph might take three seconds,” Panoz’s explanation begins. “Lithium-ion, for example, won’t take that energy. It’s only about six per cent effective on regenerative braking. There’s another chemist that might say lithium-titanate charges in six minutes, so it can accept energy and put out energy. Lithium-titanate doesn’t have the same energy storage as ion, but it could take the energy under braking that the lithium-ion can’t.

“There’s a lot of technology out there being worked on, our job is to sift through to find the right people.”

The calculations that have been done so far have shown 48-minute stints, which Panoz points out will mean the GT-EV will stop twice more than its rivals during the 24 hours.

Those pitstops will last around a minute, so there’s little time to be made up while in the pits against the rest of the rest of the field. There are then many considerations for Panoz when it comes to switching out the batteries, not least safety. “We are looking at that now. A couple of years ago we started working on military-grade carbon fibre for armament that can stop a bullet. Maybe the battery packs need to be lined with that, or whatever.”

The connections themselves may well involve carbon fibre, which could save weight for the car. The scales may be a limiting factor for the performance of GT-EV, the number of batteries that are needed for each stint could send the needle swinging towards eye-watering weights.

“We have that technology to make the car light, which helps. The lighter we can make it the more availability we’ll have for batteries. If we stepped outside the box of the general dimensions of a GT car we probably could run for two hours, with a trailer pulling batteries!

“We’ve gone through a lot of the serious things we need to consider already, they still need to be refined and we need to listen to experts.”

Current predictions released by Panoz/Green4U have the GT-EV around the weight of the GTEs, 400kg or so heavier than the prototypes.

There are other obstacles in the way that are out of Panoz’s control – acquiring that Garage 56 slot for 2018 being a major one. If its bid is successful – and it may find out as soon as July – it will be a remarkable feat to get a project that’s first designs only appeared in January on track 18 months later.

Its distinctive appearance is the result of many factors: cooling, battery space and much else. The January sketches initially had a twin cockpit, but an off-centre single position was deemed better for drag. And when the name of the game is economy of energy, the less resistance the better.

If IMSA is amenable, the GT-EV shouldn’t be reserved purely for Le Mans; Panoz is keen to run in invitation classes across America.

“I don’t make the rules for IMSA any more, so we’ll ask just like we’re asking here [at Le Mans],” he says. “I think there’s a lot of places where people would want to see this run, even if it’s not racing for points.”

For a man now aged 82 and still in awe of Le Mans, that is the focus. “There’s nothing like it. This is the ultimate challenge.”

And that’s equally applicable to his GT-EV.