Who’s who in the LMP2 ranks? Which Toyota has black mirrors and which has white? How can you tell apart those Corvettes? Our good friends at Dunlop are once again on hand to help. 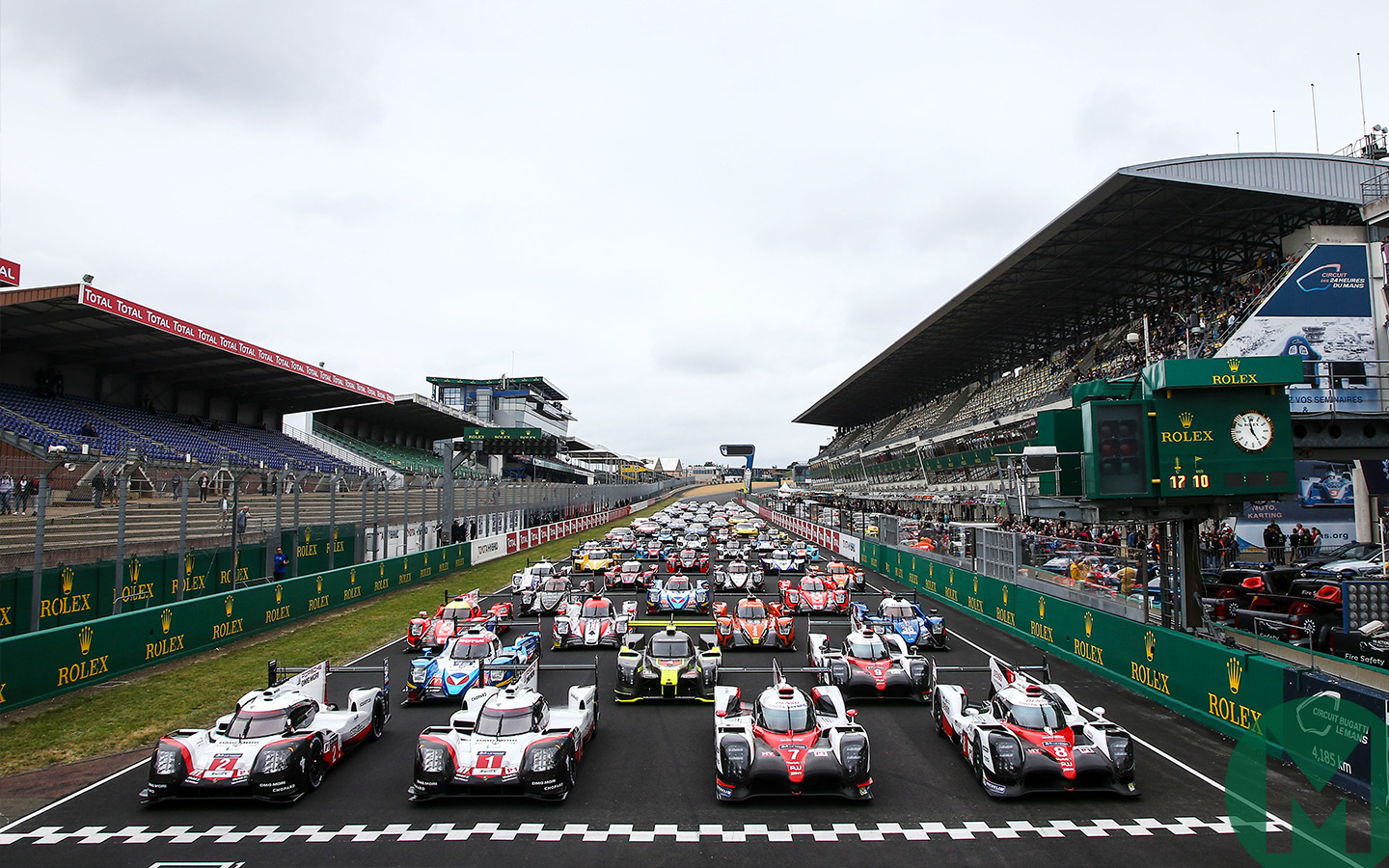 With 60 cars across four classes set to contest Le Mans this year, it’s tricky to keep on top of all the runners and riders making up this year’s grid. Thankfully our good friends at Dunlop, who has again teamed up with talented motor sport designer Andy Blackmore, are on hand to help with their annual Spotter Guide, helping you match the names to the machines with a track map and essential stats to boot. Don’t leave for France or watch TV without it.

What LMP1 lacks in quantity it certainly makes up for in the class of its drivers. With less than a second splitting Toyota and Porsche in qualifying practice, the fight for overall honours looks to be as intense as ever. Spearheading Porsche’s defence of the title is Neel Jani, the reigning Le Mans champion, this year alongside André Lotterer and Briton Nick Tandy. Sébastien Buemi, Anthony Davidson and Kazuki Nakajima will challenge in the number eight Toyota and a sole ByKolles entry led by Oliver Webb rounds off a small but intriguing LMP1 entry.

An impressive 25 cars make up the LMP2 field this year in a fight that is too close to call. TDS Racing set the pace in qualifying practice with Vaillante Rebellion hot on their heels. Last year’s winners Signatech Alpine return to the fold but with a different line-up and Manor and G-Drive are among the teams also likely to challenge. Plus with only six LMP1 entries and very rapid LMP2 machinery this year (the fastest P2 was less than half a second off the slowest P1 in qualifying practice), some P2 teams may even have their sights set on an overall podium this year.

Ferrari, Corvette, Ford, Porsche and Aston will again contest LM GTE Pro honours this year. Ford came out on top in 2016, chased home hard by Ferrari who claimed the honours in LMGTE Am. Aston Martin’s mostly Danish line-up in car #95 set the Pro class pace in qualifying practice and it was Aston who topped the time sheets in AM too.

A very hot forecast is set to make Le Mans 2017 as tough as ever for cars, drivers and tyres. Dunlop’s Spotter Guide will help you digest the weekend’s action and for all the stories behind this year’s great race, have a read of Motor Sport‘s dedicated 28-page Le Mans preview in association with Dunlop. ‘Extreme Endurance’ is available online and on the Motor Sport app.