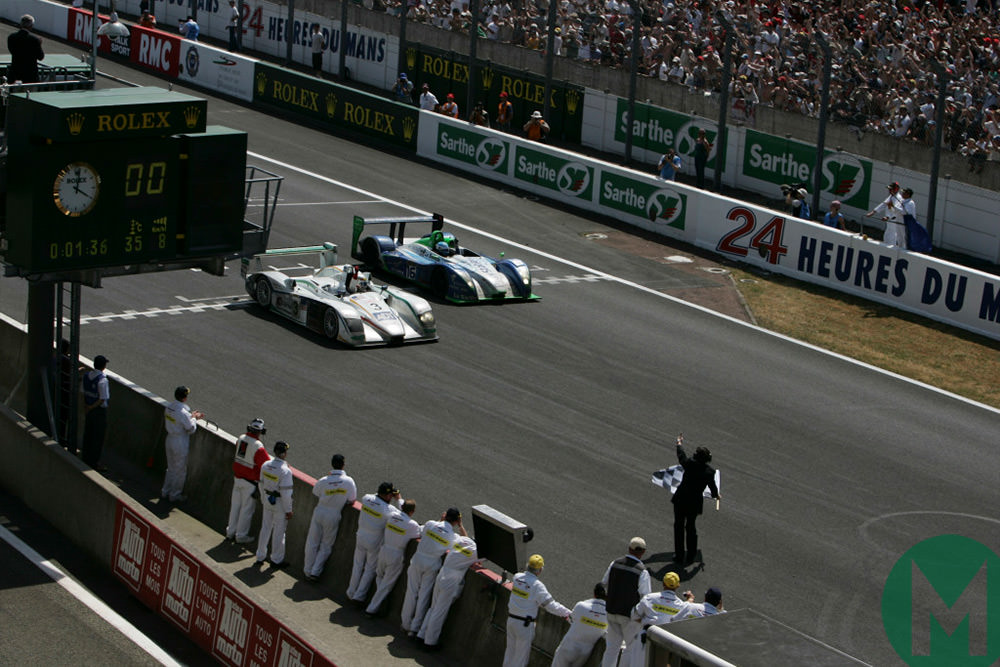 The year of the privateer! That’s how some are billing the 2018 Le Mans 24 Hours now that Toyota is the only factory left standing in LMP1. I beg to differ.

Comparisons have been drawn with the 2005 edition of the great race. That was the year that Audi triumphed with the US Champion Racing squad, but it was also the year that the best of the independent teams should by rights have won. It was a real opportunity for a true privateer — and Champion wasn’t given that it had five factory drivers on its books — to take a rare victory at Le Mans.

There is a chance for the privateers in the 86th running of the French classic this weekend, but it is a slender one. Toyota goes into the race with an advantage, or rather several advantages, enshrined in the Equivalence of Technology. That’s the grandiose title of the mechanism under which the rule makers are trying to balance the hybrid manufacturer machinery with the non-hybrid privateer LMP1s.

Balance isn’t actually the right word, despite the promise of lap-time parity made to the privateers on the relaunch of the WEC, ‘superseason’ and all, last September in the wake of Porsche’s announcement that it was quitting LMP1. The Toyota TS050 Hybrids will be quicker on track, go longer between stops and spend less time refuelling when they are in the pits.

Compare that with 2005 when Pescarolo Sport missed a golden opportunity to win. French sports car legend Henri Pescarolo’s eponymous Judd-powered racers had a significant performance advantage over the ageing Audi R8s run by Champion and the French ORECA team. In qualifying it was a whopping three seconds, and it turned out to be even more come the race.

Pole winner Emmanuel Collard raced away at the start. He was 15 seconds to the good after two laps and a minute clear after the first round of pits. It should have been plain sailing for the him and team-mates Jean-Christophe Boullion and Erik Comas in Pescarolo Sport’s lead entry.

A gearbox problem for the Pescarolo-Judd C60H cost the car 26 minutes early in the race, but such was its pace that it came back onto the lead lap. Only when it became clear that Boullion wasn’t going to catch the winning Audi shared by Tom Kristensen, JJ Lehto and Marco Werner did the gap go back out to two laps, courtesy of a concern over high engine temperatures.

The second-string Pescarolo, whose line-up included rally great Sébastien Loeb, should still have won even though it didn’t have the pace of its sister car. It would almost certainly have done so had Soheil Ayari not gone off no fewer than three times over the course of the race, his final misdemeanour sending the car into retirement.

Pescarolo wasn’t so much as distraught as angry after the race. Angry at his transmission supplier and angry at Ayari.

He knew that he had missed his window of opportunity. His lean little team would finish second again the following year, but by then it was back to being an underdog, the advantage briefly handed to it by the rule makers gone.

There is a comparison to be made between then and now. And that’s a bizarre regulatory situation that is almost incomprehensible to the fan in the grandstand at Le Mans, no matter how sober they are.

Back in 2005 new aerodynamic rules, a reaction to an increasing number of flying cars, were being phased in. Pescarolo had reworked his Courage-based C60s to the latest regulations (a true Pescarolo was still a couple of years off), while Audi chose not to for a car that was already well into its dotage.

So-called ‘grandfathered’ cars such as the Audi weren’t meant to win by regulation. They had to run 50kg heavier and smaller diameter engine air-restrictors that sapped power.

Fast forward 13 years, and it’s the privateers who are not meant to win. You can only reach that conclusion when you look at the odds stacked against them, though we shouldn’t forget they are running to their own set of rules to bring them artificially close to the hybrids.

Close but not too close.

The EoT has been calculated to give the Toyotas a half second margin each lap around the eight and a half miles of the Circuit de la Sarthe. It doesn’t sound like a lot, but multiply that by 300-plus proper racing laps unfettered by safety cars or 80km/h slow zones, and you quickly get to something north of three minutes, so around about a lap.

The four or so extra pitstops the indies will have to make adds up to about the same. As does the five seconds that the TS050s will gain in the pits when they do stop.

The Toyotas can’t be beaten in a straight race, just as the Pescarolos couldn’t all those years ago. But then Le Mans doesn’t do straight races.

But in 2005 it was the chasing car that had reliability as its strong suit. Now it’s the car in front — which is a Toyota — that has the proven endurance credentials.

The TS050 is in its third season and has undergone a heavy programme of endurance running before each one. The privateers, for the most part, are newcomers with no form over anything longer than six hours.

Incomprehensible regulations apart, the only similarity I can find between 2005 and 2018 is the rhetoric of the team bosses of the pre-event favourites.

“I told everyone that the only people who could beat us were ourselves,” lamented Pescarolo, with the clear implication that his team had done just that.

“This year we are racing Le Mans more than the opposition,” he says. “My personal feeling, looking at the past two years, is that we beat ourselves.”