So after half a day, 16 safety cars, seven leaders from six different manufacturers and enough tension to last several seasons, the Bathurst 12 Hours fell to the Maranello Motorsport Ferrari 488GTB of Toni Vilander, Jamie Whincup and Craig Lowndes. It would be hard for anyone to begrudge them their win. It was the fastest car in qualifying and fastest in the race, the car that found the balance between the downforce needed for the Mountain section and the pure speed needed on the Conrod straight. It used the least fuel of the front-running teams and was easy on its tyres. It was, in short, the best car here.

The second best car came nowhere despite leading with just 40 minutes to go. But then Whincup passed the Mercedes-AMG GT3 of Shane Van Gisbergen with two tyres on the grass at 170mph, after which the latter appeared to lose his head. First he punted a well-placed 911 into the wall and then, straight after the restart from the safety car period he had caused, he smeared the Benz down the wall, pushing too hard to catch a faster Ferrari on fresher tyres that was already gone. Team-mate Maro Engel’s on-air comment that all he’d seen was Van Gisbergen make mistakes all weekend was one of the more memorable of the weekend.

But Mercedes’ misfortune was Bentley’s benefit, Steven Kane bringing the Continental GT3 he shared with Guy Smith and Olly Jarvis onto the final podium position. This car, which had qualified a lowly 22nd, never had the pace of the fastest cars, they got where they did by being one of remarkably few teams who did not put a single foot wrong from dawn to dusk. As Guy Smith came across Frank Stippler’s Audi slewn across the road barely 10 minutes into the race and had to throw the Bentley into a gap that appeared not to be there (more on this, plus video, below), this result would scarcely have seemed less likely. A word too about the McLaren 650S that came fifth, despite appearing to be on fire at the start of the race and McLaren GT boss Andrew Kirkaldy begging Rob Bell to park a car that was already on its second engine of the weekend and apparently on the point of self-destruction. Bell elected not to hear his boss, somehow got it back to the pits and then spearheaded the most unlikely fight back of the race.

But the real winners were those who went online, tuned in their television or just turned up to Mount Panorama to watch it. Regardless of who came where, and even had this not been a race of often near-unbearable tension, the simple spectacle of watching professional racing drivers in GT3 cars in full flow around one the most beautiful-yet-treacherous circuits in the world would be worth the trip. Even if you take the most direct route you’d struggle to get from London to Bathurst in fewer than 27 hours. Someone here described it as combining the best bits of the Nürburgring and Road Atlanta with the straight from Paul Ricard thrown in for good measure and I’d not disagree. Attendance at the event has expanded almost exponentially over the last few years, and now top teams are sending their top drivers here. It’s a trend I expect to continue for years to come.

Notes from the Mountain

In just two hours of the Bathurst 12 Hours it’s as if an entire season’s worth of incidents and accidents has been thrown at the 60 cars trying to thread their way around the Mount Panorama circuit.

For the Bentley team alone it seemed as if the race could have been over even barely before they started. Starting from fifth place, Maxime Soulet had a puncture on just the fourth lap, clouted the wall and pitted for a new tyre, rejoining last. The key at Bathurst is to stay on the lead lap come what may because sooner or later, almost certainly sooner, someone still stick it in the wall, bring out the safety car and you can regain almost all the lap. Soulet fought and fought, passed more than half the field, regained the lead lap and after just two hours was up to 17th place. But unbeknownst to him the puncture had left a legacy. Having hauled the Bentley back into contention, the wheel bearing failed and, back in the pits, further suspension damage was discovered resulting in the entire corner of the car needing to be changed. Under the circumstances it’s remarkable it cost just six short laps.

For Guy Smith, starting the number 17 Bentley from 24th on the grid after a troubled qualifying session, there was a moment when he’d have dreamed of problems as minor as those affecting his sister car. That moment came in the middle of the mountain section, unbelievably narrow at the best of times, but impossibly so with Frank Stippler’s heavily damaged R8 parked at right angles in the middle of the track. It was still completely dark. You approach that part of the circuit unsighted and the Audi was parked with the driver’s side towards the Bentley as it hurtled down upon it. Guy would have had merely a fraction of a second to react and go for a gap between the Audi and the wall that was not quite the width of the Bentley. Somehow he got through, scraping his car on both sides as he did, in an exhibition of raw talent and lightning reactions I’ll not be forgetting for a while.

The incident seemed somewhat to invigorate the former Le Mans winner and while others squabbled over each other he just knuckled down, found the pace the car had lacked in qualifying and rocketed through the field. By the time he handed over to Steven Kane two hours in, implausibly, incredibly, he’d got the Bentley up to second place. Lots of people were very happy with his performance, but probably none more so than Frank Stippler.

At half distance, six hours in, and 13 seconds separates the top five cars in the race. A Mercedes AMG, Ferrari 488GTB, a Porsche 911, a Nissan GT-R and a Bentley Continental GT3 in that order, but that will have changed before I’ve finished writing this. 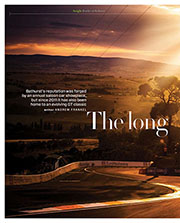 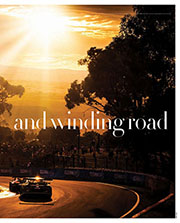 In a different era, on a different continent at a different time of day, the sight that greeted Guy Smith was eerily reminiscent of that which presented itself to another…

If there’s a disappointment it’s that BMW’s new M6 GT3 cars, so quick in qualifying, have lacked the race pace to stay with the leaders. If there’s a story of the race so far, it’s that of the number 17 Bentley and its journey from 24th on the grid to the lead. This was later relinquished thanks to a scheduled stop for discs and pads and now Olly Jarvis is at the wheel, doing in the race what he was unable to do in practice: learn the circuit. The few laps he was able to run yesterday were miles off the pace of his team-mates, now he’s circulating as quick as the local Bathurst specialists.

Points of interest. First: how differently each car performs. The Nissans and Bentleys, for instance, are preposterously fast on the straights, the Mercedes-AMG fully 10km/h slower all the way along the Conrod and Mountain straights, and yet it’s the Mercedes – that well-known downforce monster – that currently leads the race. The Ferrari looks stunning absolutely everywhere and has perhaps the best balance between grunt and grip.

Second, how fast these cars look in the quick corners: up in the quicker parts of the Mountain their apex speeds are simply extraordinary, reminding me more of purpose-built prototypes than converted street machines. Remember too that thanks to restrictors most have less-powerful engines than their road-going sires, limiting the top speed of Bentleys and Nissans to ‘just’ 170mph on the Conrod Straight. The big V8 Supercars that take part in the Bathurst 1000 do about 185mph, yet, over a lap, are still around five seconds slower than the best of the GT3 mob. 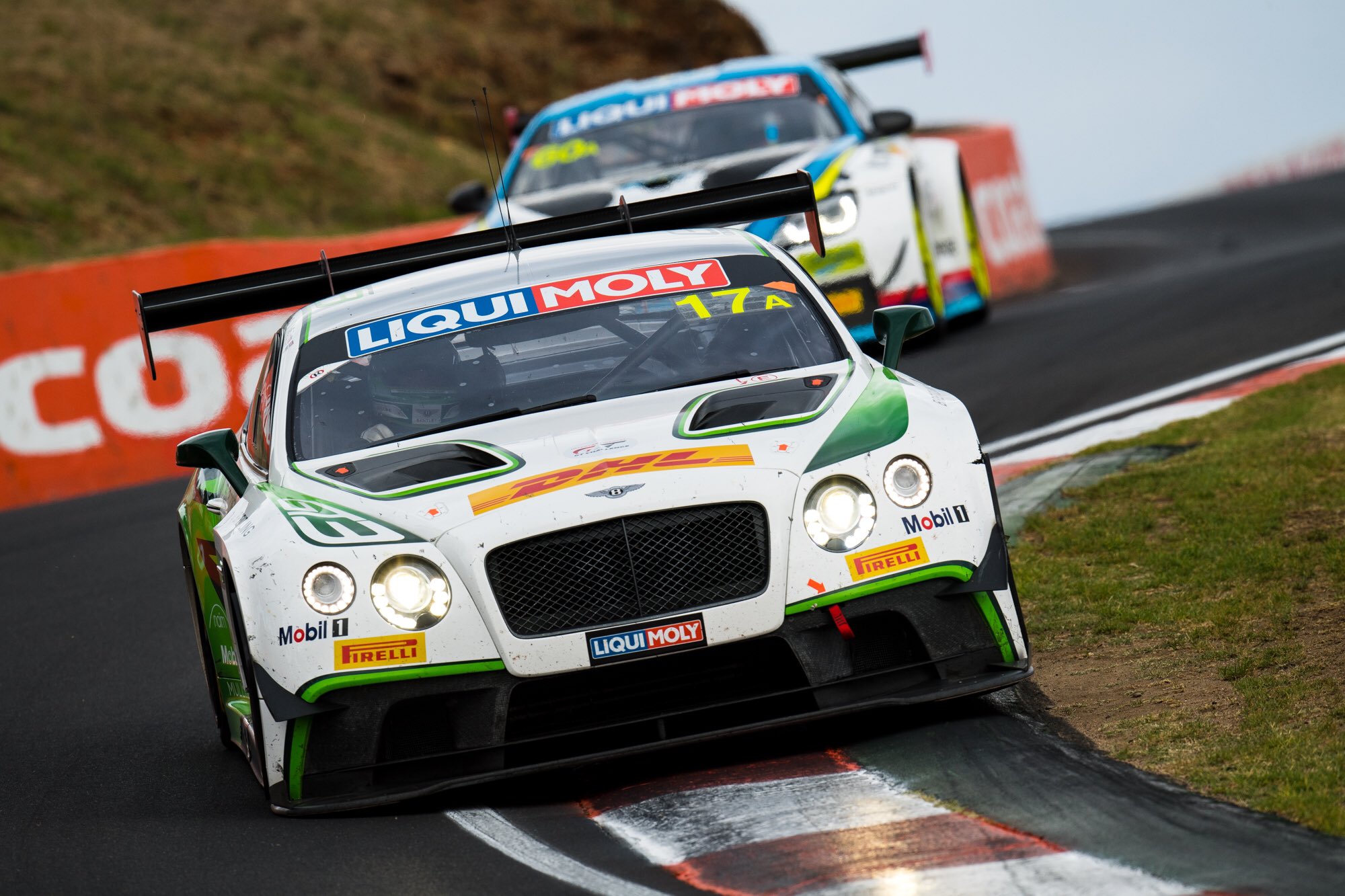 Third: I want to be the local tank tape supplier. Cars without bits hanging off them from myriad nudges and nerfs will soon be on the minority.

Fourth and abidingly, just how damn happy everyone seems to be here. Nissan hotshot Jann Mardenborough, a man who knows a thing or two about racing GT3 cars at the world’s toughest tracks said, “I can’t believe they actually race here, but I’m very glad they do.” Darren Turner, fulfilling a career-long ambition to race here leapt out of his Aston after his first sting and tweeted “Did I say how much I love this place!?”

But for all the excitement, there is an unescapable feeling that this race is still building. “Wait for the last hour,” advised Bentley Motorsport boss Brian Gush. Wise words, from someone who knows. At this rate it is going to be quite something.

And so it proved.