Separated by more than 50 years, the first Ford GT40 and the latest Ford GT were created with the same purpose: to win at Le Mans.

To find out what — if anything connects these mid-engined sports cars, Andrew Frankel borrowed road-legal versions of each and headed to the twisting tarmac of Wales. 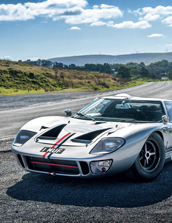 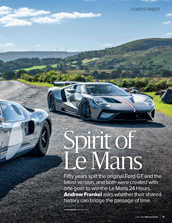 It seems strange that the latest Ford GT and the first Ford GT40 are separated by over half a century. Spool back another 50 years or so from the original…

The veteran model has genuine racing pedigree: delivered to the American Scuderia Bear team in 1966, and subsequently raced at Sebring. Repaired after a crash, it has now been modified for the road… with the addition of a number plate.

The modern GT may be further removed from the race track, but its roots lie in the 2016 Le Mans GTE-winning Ford GT, which took the chequered flag 50 years after the company’s infamous 1966 victory.

Subscribers can read the full 13-page feature in the April edition of Motor Sport Magazine, along with stunning pictures from Jayson Fong. Click the link above to view the article, or the button below to subscribe.

You can also view some of the images from Motor Sport’s Ford road trip in the gallery below. 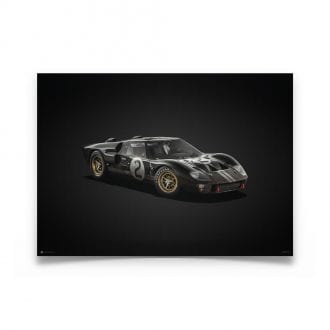