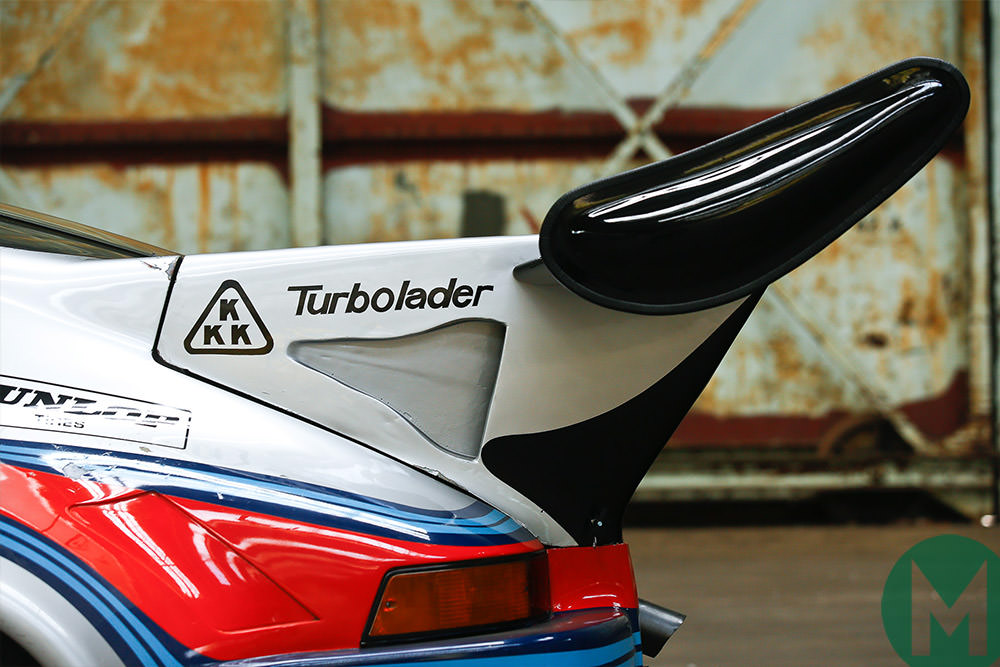 The 911 Turbo was unveiled at the 1973 Frankfurt Motor Show, its huge wheel arches, turbo badges and imposing rear wing a signal of Porsche’s racing intentions.

One month later, in November, the manufacturer announced that it would be entering a car in the 1974 World Championship for Makes, to be emblazoned in Martini colours. Its technical knowledge, gained from the success of the 917, was to be used for a Group 5 racer.

A 2.14-litre, turbocharged flat-six engine was developed to produce over 500bhp, along with a new differential and a five-speed gearbox. On a new suspension assembly, 30kg lighter than before, the Porsche sat on 917-type wheels with a centre lock.

Just four were built with chassis numbers R5, R9, R12 and R13, and they were entered in the 1974 World Championship for Makes. Herbert Müller and Gijs van Lennep took R13 to second overall at the ’74 Le Mans 24 Hours and second at the 6 Hours of Watkins Glen – beaten by a factory-entered Matra.

The car was sold by Porsche in 1974 to team owner Vasek Polak and raced until 1977 before being sold to collectors and exhibited at numerous Concours and motor shows. Its sparing use in vintage racing leaves it mostly unrestored, but in near-immaculate condition.

Chassis R5 and R9 are in private collections and R12 is in Porsche’s ownership, at Stuttgart – the cars seldom change hands.

A forerunner of the turbocharged 911 racing cars, the RSR Turbo was the first turbocharged car to run at the Le Mans 24 Hours. Every Porsche that has won the endurance event since this car’s induction has used a turbo.