One of only 31 Porsche 934s built, this one will be auctioned at Amelia Island on March 9 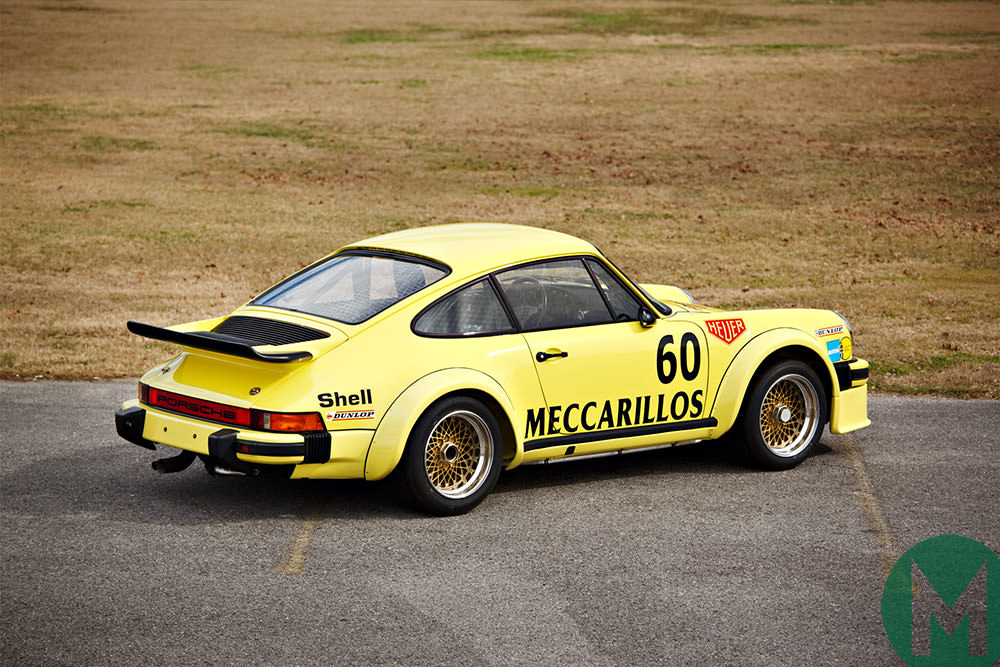 While it bears similarity to the 911, this 934 was Porsche’s Group 4 challenger, with a massive front air intake at the front, flared wheel arches, three-piece BBS wheels, 917 brakes and a full roll cage. Under the bonnet, it’s powered by a turbocharged three-litre flat-six engine, accelerating from 0-100mph in 12sec with a top speed around 190mph.

The car was sold to racer and collector Angelo Pallavicini, who had a successful debut season with the car in 1976 at the Swiss National Championship and European GT Championship, before success at a few more club events the following year. In ’78, he won the FIA Group 4 championship with co-drivers Peter Bernhard, Enzo Calderari and Marco Vanoli, the team taking top-10 finishes at Dijon, Misano, Silverstone and Vallelunga.

From the database: Angelo Pallavicini

In 1979, Pallavicini raced the 934 at the Daytona 24 Hours for a 10th place finish (fourth in GTO class), after which it was sold to racing driver and dealer Werner Frank, who campaigned it in IMSA races. The car changed livery at the time but was restored in 1990 to the ‘Light Yellow’ livery, carefully rebuilt to its ’76 spec as the parts had stayed with the car throughout its racing career. It has changed hands numerous times, each owner keeping the documentation intact and carrying out any necessary maintenance.