With the announcement of a GTR version, is McLaren inching closer to racing the new Senna? 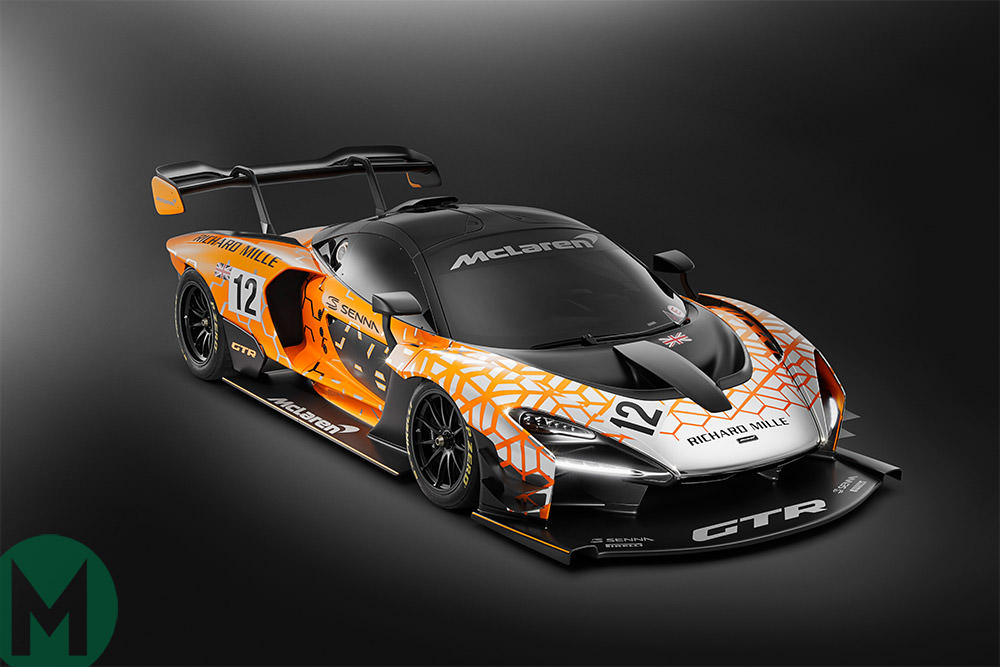 McLaren revealed its track-only Senna GTR Concept at the Geneva Motor Show on Tuesday, with a production run of only 75. Each will be priced at around £1 million, and all to be hand-assembled at Woking in 2019.

Sitting on Pirelli slicks, McLaren promises that the twin-turbo V8 will propel the Senna to a faster speed than the stock Senna, which produces 800PS of power and 800Nm of torque. Downforce is up to 1000kg, more than the Dodge Viper ACR’s figure 815kg of downforce, more than the 700kg of downforce produced by the Mercedes-AMG Project One, and more than the P1 GTR’s apparent figure of 659kg.

McLaren is keeping the weight of the Senna GTR a secret, but says that its undisclosed set of numbers will add up to the marque’s fastest circuit times outside Formula 1.

The manufacturer recently launched a single-make race series for the 570S GT4, with 10 specialist motor sport dealerships set up across the world. However, there is no word on whether the Senna GTR will race in earnest just yet.