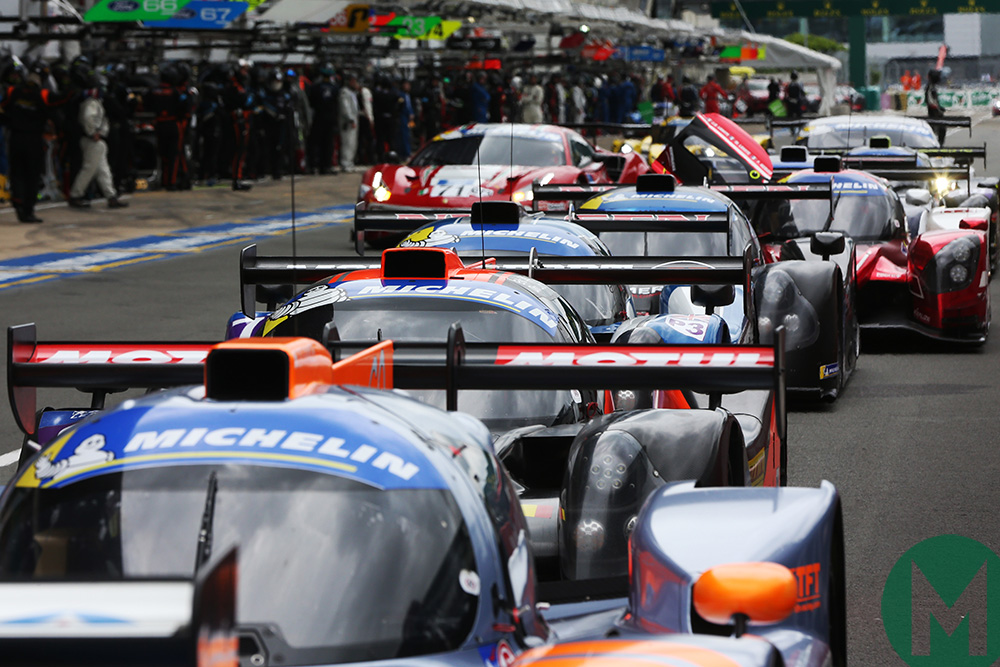 The plight of the privateer at the highest level of international sports car racing has been brought into sharp focus over the summer. Quite frankly, the LMP1 independents have been nowhere in the World Endurance Championship so far in the ‘superseason’.

But there might be hope on the horizon for those who relish a return to what many of us see as a golden era, when the plucky indie had a chance of success.

All the talk about the hypercar concept rules package, unveiled in broad terms during Le Mans 24 Hours week, has so far been about manufacturers. The world wants to know who is taking part in the discussions ahead of the finalisation of a set of rules that will replace LMP1 for the 2020/21 WEC season. But that’s only half the story: the regulations are being framed to give the privateer a genuine sporting chance.

That isn’t the case now. Witness the four-lap margin between the two Toyota TS050 Hybrids and the third-placed Rebellion in the Silverstone 6 Hours in August – though Rebellion was eventually awarded victory after the Japanese cars’ woes in the scrutineering bay. That dominance was in spite of a renewed effort by the rule makers to belatedly keep to their promise of lap-time parity for the likes of Rebellion and SMP Racing.

The Automobile Club de l’Ouest – the WEC promoter and Le Mans organiser – and the FIA are facing an almost impossible task. They are trying to balance fish with fowl, and it has been increasingly the case since the start of what I call the high-tech era of LMP1.

For me that era began not with the introduction of the first wave of factory hybrids on the rebirth of the WEC in 2012, but on the arrival of the turbodiesels in LMP1. Balancing different technologies is always going to be difficult, more so when the manufacturers employ the cutting-edge stuff and are spending millions by the hundred.

The have-nots, in terms of technology over the past 10 years ago, can now become haves

There is hope that the hypercar concept can address that disparity. For a start, it is going to be cheaper, though the seasonal budgets of €25-30 million being talked about are surely well beyond that of even the best-funded privateer. But the rules are being written so you might not have to spend that much.

Attempts to cut costs so far in P1 have been focused on limitations on hours that can be spent in the wind tunnel hours and out on the test track, along with restrictions on personnel at the racetrack. Such restrictions can only nibble away at the budgets, whereas the new rules are going to cut straight to the chase.

The intention is that these limits will be readily achievable without the massive aerodynamic programmes that Toyota, Porsche and Audi have employed over the past few years. And only one bodywork specification will be allowed, further reducing development costs.

Moveable aerodynamics will be allowed to meet the demands of the Formula 1 circuits that make up the bulk of the WEC calendar and the rather unique ones of the Circuit de la Sarthe at Le Mans. It sounds slightly off the wall, but I’m assured by engineers that it’s a clever move to haul back the costs.

And there’s more good news for the privateers. The have-nots, in terms of technology over the past 10 years ago, can now become haves. The rules will demand that anyone developing a hybrid system will have to make it available for lease to anyone else who wants it. That’s lock, stock and barrel – battery and all. 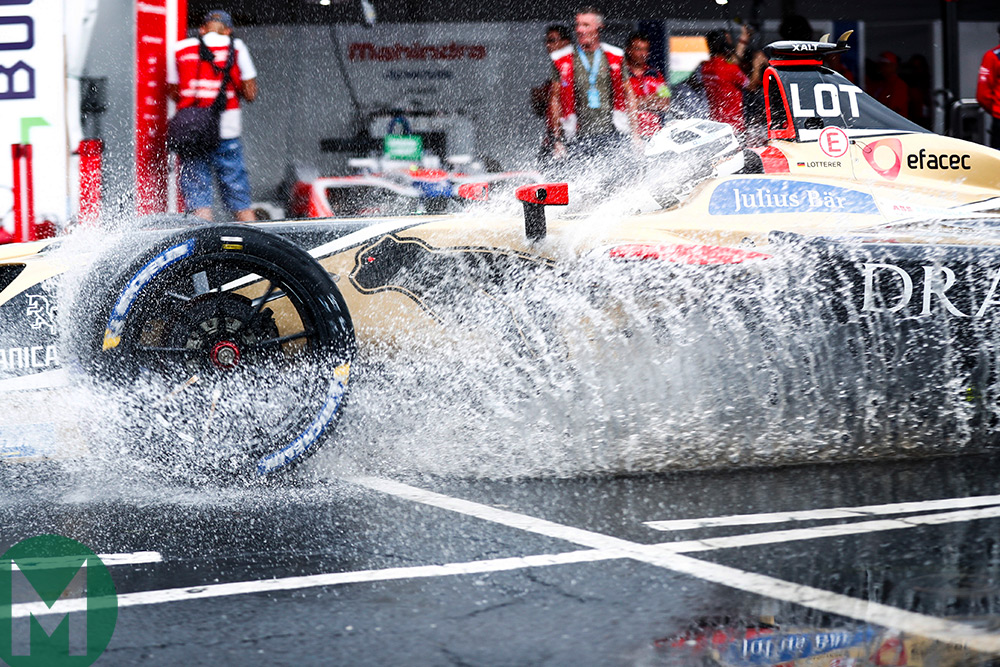 That’s a vital step, the worth of which has already been proven in Formula E. The rules in the FIA’s electric-vehicle championship go even further and dictate that the complete powertrain can be leased from a manufacturer by an independent. The drivers’ championship-winning Techeetah squad made rather good use of that regulation in the 2017/18 season.

Formula E has a spec chassis, of course, and will do for the foreseeable future. No one wants that in the world of prototype racing, a branch of motor sport that has always hung its hat on a diversity of machinery.

The limitations on development, particularly in the aero department, will actually fuel that diversity. That might sound like a contradiction in terms, but because the targets will be relatively easy to achieve the look of the cars will owe more to the stylists than the aerodynamicists. Wind tunnels can all too often result in racing cars for a particular class all looking rather much the same.

The idea is that manufacturers will be able take the look of their new prototypes from, according to Richard Mille, president of the FIA’s endurance commission, “hypercars, supercars, luxury GTs or concept cars”. The ACO and the FIA have been at pains to stress that this doesn’t rule out non-manufacturer teams.

Anyone can come up with a concept car and plonk it on a stage at the Geneva Motor Show or wherever. And besides, Dallara already has a road car in its Stradale. Onroak, builders of the Ligier chassis and a participant in the rule-making process, has a rather nice avant-garde-looking track day car.

But what we should never forget is that the natural order of the motor sport world dictates that factory teams should be on top in any discipline. Even if they can no longer buy an advantage in the wind tunnel, they are still going to have the best drivers and the best organisation. Which means they should win.

Techeetah’s drivers’ championship victory with the Renault powertrain in Formula E’s fourth season was a rare counterexample. There are others right at the top of sports car racing, too.

Most of them involve Joest Racing. It is the last privateer to win Le Mans outright, and I don’t count the Audi victories for Team Goh and Champion Racing in 2004 and 2005 respectively, because those teams were heavily backed by the factory.

Joest won Le Mans as a privateer in 1997 with the WSC95, whereas the year before it was Porsche’s rather prescient plan B. That made it a factory team of sorts. It also triumphed in the French enduro twice in the 1980s with the Porsche 956 — once when the factory was absent (1984) and once when it was there (1985) — but its victories came with off-the-peg machinery.

To find an independent team winning Le Mans with a car of its own design you have to go all the way back to 1980, and local hero Jean Rondeau’s triumph in a machine bearing his name. The ‘Son of Le Mans’ had been trying to triumph in the big race as a constructor since 1976 — with cars that initially bore the Inaltera name of a company that made wallpaper — and he achieved his goal in a year when there was no factory involvement in the top class at Le Mans, save for Joest’s back-door help from Porsche and the loan of Jacky Ickx.

More relevant, I’d say, are the podiums for the likes of Alain de Cadenet in 1976 with his eponymous Lola-based Group 6 car and Courage Competition with one of its Porsche-engined Group C Cougars in 1987, and Pescarolo Sport in 2006 (but not 2005 when the rules pegged back the Audi R8).

That’s what we should be hoping from the 2020/21 regulations: privateers, independents, garagistes, call them what you will, having a genuine sniff of victory.

More: No letting up for Toyota in WEC