A racing version of Gordon Murray’s T50 has been unveiled and will be more powerful and even lighter than the road-going supercar.

Codenamed T50s, the racing car will weigh just 890kg, shedding a full 94kg from the original weight of its road counterpart, while hundreds of other tweaks have made it race-track ready.

The Cosworth V12 engine, which will roar to 12,100rpm, has been tuned to race specification having received redeveloped camshafts and cylinder heads. A new front splitter and delta rear wing increase downforce to mind-bending levels, with the T50s producing more than 1500kg worth of downforce, 170 per cent more than its actual weight.

The adjustable diffusors, front splitter and underbody aerofoil work in tandem with the rear-mounted fan to generate the supreme downforce levels by cleaning up the air from the upper and lower surfaces and accelerating it toward the high-rake rear diffusor.

The new spec rear wing that takes further inspiration from Murray’s previous work in Formula 1, with the design taking cues from the front wing of the Brabham BT52 F1 car, designed by Murray for the 1983 season.

All of the changes combine to achieve what Murray says is a “celebration of British engineering” and “extensive motorsport experience”.

Having been working on the racing car in parallel with the road car, the reverse engineering and optimisation of hundreds of parts contribute towards a significant boost in performance both in terms of sheer power and aerodynamic capability. 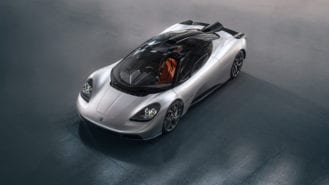 “With an unwavering focus on performance, and free from road-going legislation and maintenance considerations, the T50s will achieve astonishing performance on track, demonstrating the full extent of the car’s capabilities,” Murray says.

“We’ve thrown everything at pushing this car beyond the levels of anything that’s been done before – it’s a celebration of British engineering and our team’s extensive motorsport experience.”

It isn’t just the exterior that has received an overhaul either, as the interior has been redeveloped to give the driver as pure a racing experience as possible.

While similar in shape to a racing wheel found on a modern Formula 1 car, there is no overwhelming arrangement of buttons and switches on the wheel. Instead, the driver will find the basic controls needed to adjust the car from the driver’s seat, with traction and launch control functions present along with pit radio and neutral selection buttons.

The central driving position remains though there is space for one very brave passenger to experience the speed and cornering capabilities of the T50s from within the cockpit.

Forged magnesium wheels reduce the car’s unsprung mass and an overhaul of the braking system has been implemented to control what will be a hardly insignificant stopping process.

Six and four-piston Brembo carbon ceramic brakes are at the front and rear respectively and are aided by a redesign of the brake ducts that will help the discs withstand up to 3G of braking force. 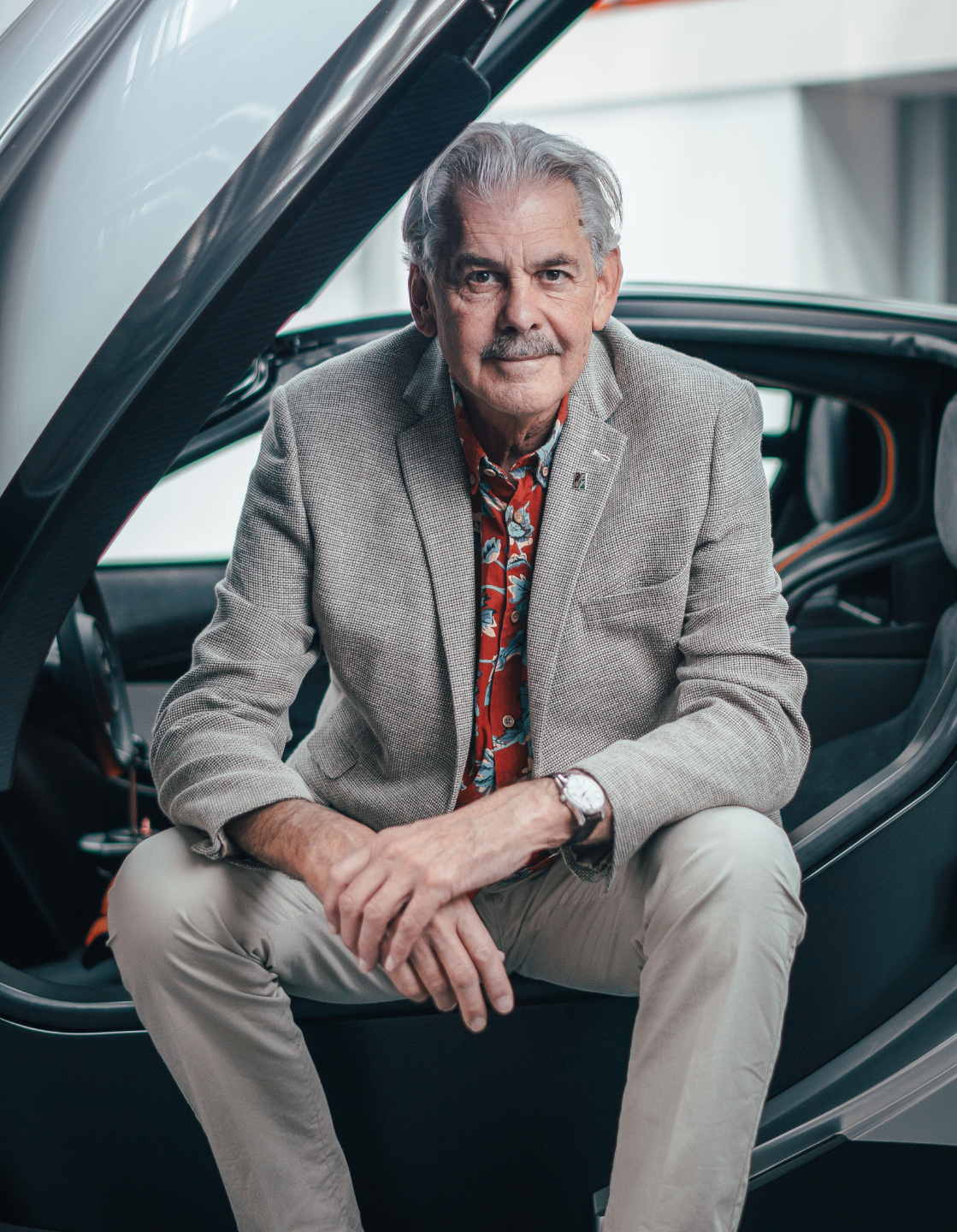 At the forefront of the racing car though is the customer experience. Murray says that owners will have the opportunity to tailor their personal T50s to cater to individual preference, whether it be aesthetically or mechanically.

“I’d like each of the 25 cars to be completely unique from set-up to paint finish. There will be nothing like the experience of driving this car,” Murray stated.

“Hearing it… well, that will be something else.”

Seat set-up, pedal arrangements, car set-up and paintwork can all be adapted to each driver’s liking to meet both style and driving requirements.

As well as developing the road and racing cars, Murray and his team have been in contact with Stéphane Ratel of SRO with the aims of creating a GT1 sports club for the owners of the T50s and run as a private racing series. A full offering of pit, garage and supporting equipment will be included as part of the sale for each car.

With the T50 road car selling over two-thirds of its 100-unit production run ahead of the reveal, the £3.1m T50s is expected to go just as quickly, with over half of the 25-car run already claimed by customers.

The global unveiling of the T50s will take place near the end of 2020 with more details expected at a later date. Production of the racing car will begin in the first quarter of 2023.