Should GT racing exist with a common ruleset? It might be close 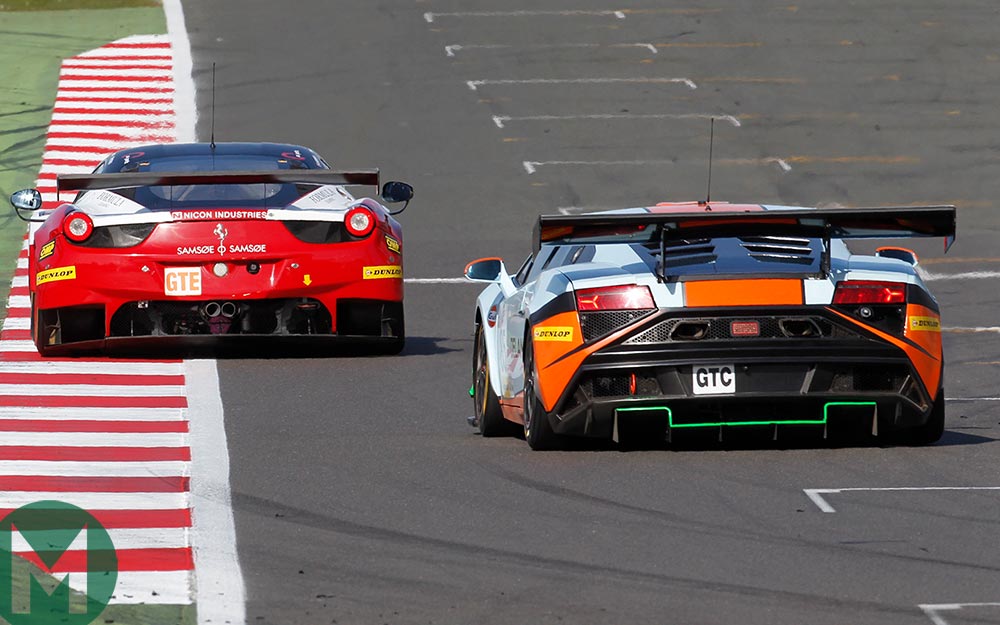 As road cars, and therefore GT3 cars, get faster and faster, the speed and lap time differential between the manufacturer-focused GTE class and the customer-focused GT3 class gets ever shorter. So every few years talks begin to try an unify the GT racing rulebook – currently split between road-car based GT3 and thoroughbred racers in GTE. These ‘convergence’ talks subsequently break down. Most recently, in 2014, it was proposed that GT racing should converge to GT and GT+.

The FIA is pro convergence because it would see the GT3 and GTE rules unified, almost but not entirely. The cars would be built from a shared chassis, so Porsche’s rear-engined 2017 GT3 and mid-engined RSR GTE would not be as wildly different as they currently are. They would be all but the same, except for allowable advancements in aerodynamics and a less-restricted powerplant. It certainly couldn’t have its engine in different places.

Three years after those talks the manufacturers are taking the mantle on themselves. Ferrari is the first to prise open the door to it, its 488 is upgradable from GT3 to GTE. It’s costly, potentially another £100,000 outlay having already paid almost half a million for the car – already more than any other GT3 car on the market. But if you have the money it’s worth it for the chance to contest Le Mans and from this season onwards the world championship.

In the meantime, GT3 has thrived with more manufacturers represented than its more powerful cousin. More than 20 manufacturers have cars homologated for GT3 competition, while the GTE options are limited to Porsche, Aston Martin, Chevrolet, Ford and Ferrari. 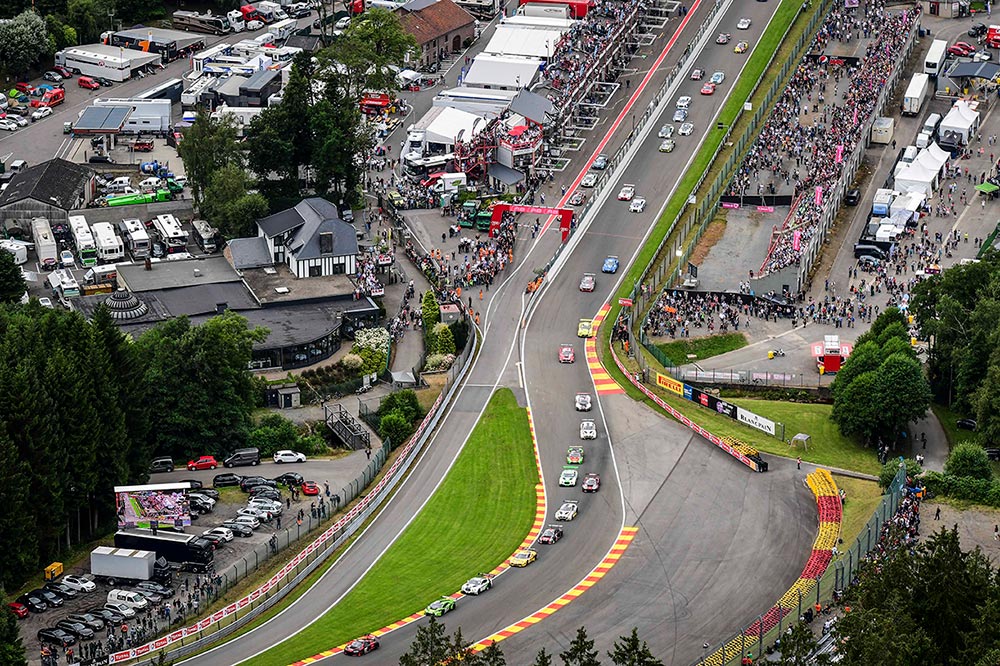 Stephane Ratel, whose eponymous organisation pioneered GT3 in the mid-2000s, has suffered knocks in the past and appears wary to rock the boat. “I have been defending the same position for years. In all the categories in motor sport, LMP1/LMP2, touring cars type 1 and 2, you have different development corresponding to different needs in the market.”

The root of the problem is money. “If you were to converge technically you also have to converge financially. A GTE car costs €800,000-plus and a GT3 is €400,000, if you converge you’re looking at €600,000. The first example of convergence, and the only example, is the Ferrari 488 and the reality is that the car is €200,000 more expensive than the others. GT3 is a customer-racing formula and it will only be successful as long as it is a customer-racing formula.”

That’s a point John Gaw of Aston Martin seems to agree with. “GT3 and GTE are different marketplaces. You’ll always have super-rich customers who want to spend £3m going GTE racing, while Bentley is not spending probably more than two or three million quid on its GT3 project.

“There are two types of GT manufacturer,” he says. “The mass-market guys, who make a hundred cars, and niche-type guys, who do 30-35 cars. Generally, the people that are factory racing in GTE are the niche guys, the factory GT3 racers are the mass-market guys. We’ve been the niche; that has been an important strategy for us and will be going forward. I’m not sure we want 150 customers. We come to work for Aston to win, which is much more important than making the commercials work.”

That said, the British marque looks set to follow Ferrari’s lead when the Vantage GT3’s homologation expires in 2019. “The GT3 should be upgradable to GTE. If and when we do the new car it will in fact be the opposite, GT4 right up to GTE. Right now the tub is the same, it’s possible to upgrade it’s just not commercially viable. It will be in the future. It was always the plan.”

The danger is the core GT3 drivers could be priced out. As manufacturers take on more importance, development is ramped up ever further, leaving the GT3 manufacturers required to use more resources to keep with the already-established GTE manufacturers because the advancements in one affects the other, despite GT3’s best Balance of Performance efforts. That cost will inevitably be passed on to the customers. And the cards then fall, like it did with GT1 and GT2. As Ratel knows.

One who may benefit from convergence is Lamborghini, ironically the company that helped Ratel blaze his GT3 trail. Ratel ran its Super Trophy, and saw that a balanced formula was conceivable.

Now Lamborghini – so too McLaren – has been making overtures for a tilt at Le Mans. Stefano Domenicali, head of Lamborghini since departing Ferrari, wants to double Lambo sales in the next two years, though, before anything happens with its GT projects. Like AMR, its current GT3 could theoretically be upgraded but it fails the number-crunching test. Lamborghini is biding its time, and is watching the ‘evolution of the rules’.

“For sure Le Mans is up for discussion,” he says. “It would be the natural solution but it would take total investment. We need to see the involvement we’re going to have, if we decide to go there we do it in the right way. Therefore we have no rush, we need to see how the championship is evolving, it is on our radar to understand the participation that we can have in the future. There are a lot of elements involved, how the regulations evolve, the Balance of Performance and the development costs connected. It is important that there is no rush to take that decision.”

To make the numbers work, the implication is that there would need to be many built. And no factory squad draining on those resources. “Our strategy is customer-focused. It’s too early to say how convergence would affect the price, our current cost is very competitive. I’m not expecting it to be huge.” 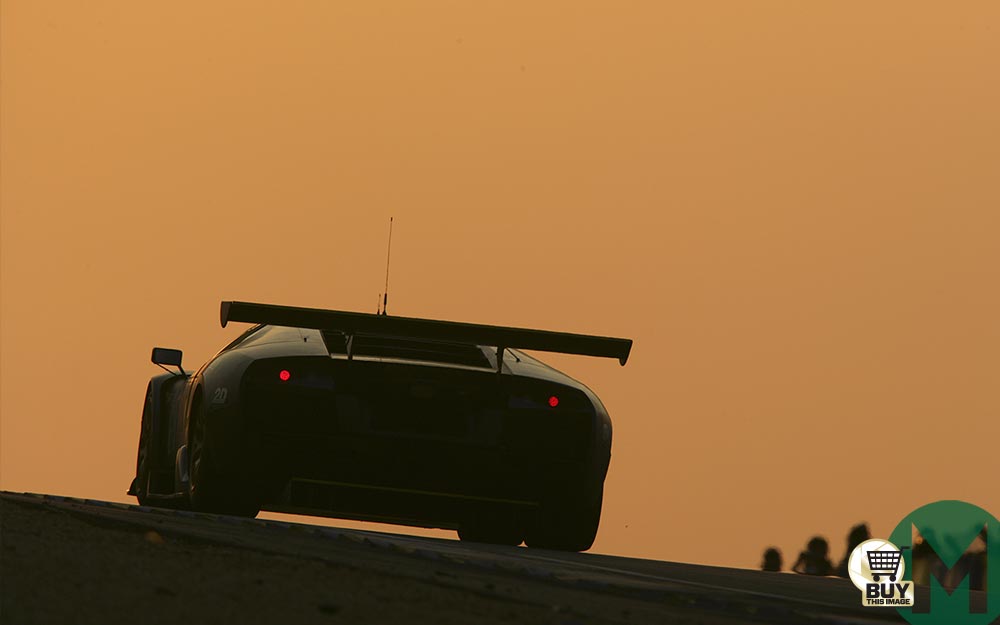 The benefits for Lamborghini are seemingly two-fold, a presence back at Le Mans and options for its current and prospective customer base. And that’s not unique to Lamborghini, should McLaren produce a convergence-ready GTE/3 then it’s an ideal scenario for a team like Strakka Racing, now contesting Blancpain with a McLaren. But privateers beating the factories risks them taking their ball home, so the tightrope is a risky one.

Then there are the drivers. Convergence would make the GT3 cars faster, and the Spa 24 Hours becomes more treacherous than it already is. Ditto the Nürburgring, though more speed could see the latter become a club race of tin-tops and GT4s. The gulf between good amateur and bad amateur, dangerously bad at times, is wide already.

Ratel believes the GT3 cars are still geared towards amateurs, though. “Sure the cars are fast, but you have ABS, traction control, which makes them OK for amateurs. You need to be good, now they are a big part of the series.”

That point is something Aston Martin spotted when it began its customer GT3 programme, according to AMR customer head Andrew Williamson. “We concentrated along those lines so the car was drivable for the am and gentleman driver so they could extract the maximum. That was where the biggest gains were to be made. The pro should be able to get in and perform within a few tenths. The am can find half a second to a second if they are comfortable.”

On the other side of that coin are the pros. GT3 is ideal for youngsters to prove they’re capable for a factory seat in GTE. The examples are numerous.

Where the debate goes from here depends on who cedes first. Both should have their place, the onus on the manufacturers to choose how they go racing to best suit their needs. Convergence is happening now, and it may be decided by the manufacturers. Regardless of what Ratel may think.