As Porsche leaves LMP1, Andrew Frankel has his say on what the future might hold – and on Formula E 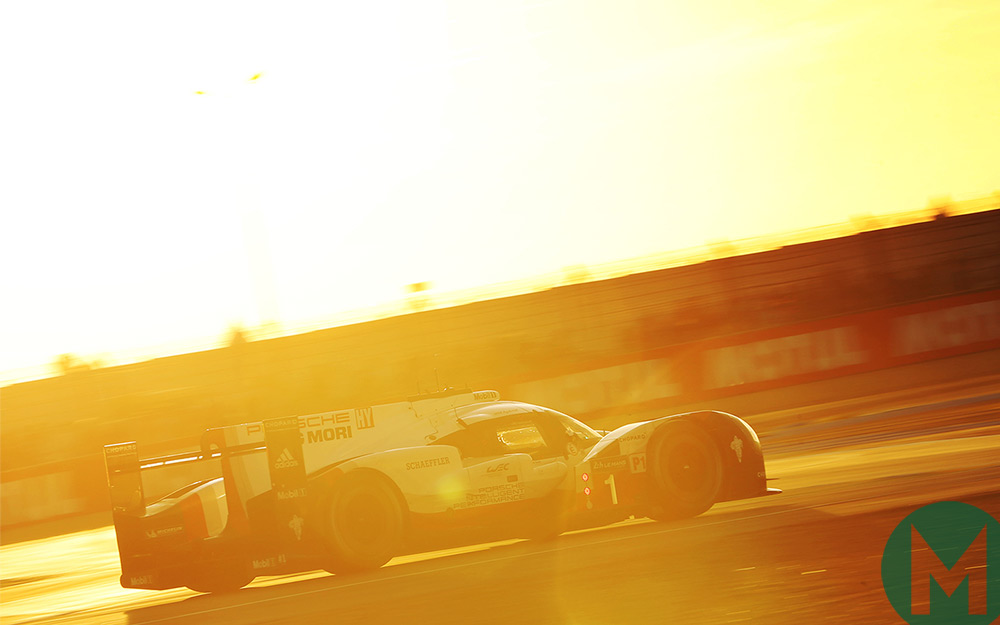 This cannot be what the ACO was intending: rules for its top LMP1 hybrid category that required cars that were so expensive that manufacturers as large as first Audi and now Porsche have run away to seek solace in the arms of a new formula for cars that are slow, silent and tedious to watch.

My jury is out on Formula E because I believe in the almost limitless creative ability of race car engineers, but I’d be interested to hear in the comments section from any genuine race car fan, someone who goes just to watch driver pitted against driver, why they love Formula E.

In the meantime I feel so sorry for Toyota, which has now been put in the most invidious of positions: withdraw and let its dream of winning the world’s greatest race die for another generation or win the most hollow victory there has been in its 95-year history against no opposition. Or, worst of all, not win: I’ll remind you that every one of the five LMP1-H cars in this year’s race hit serious trouble and only two finished, one of them nine laps off the pace.

It is hard to conclude anything other than that it is the rule makers that are to blame. We know sports car racing is cyclical in nature, endless tinkering with the regulations forever pitching the sport into boom and bust, but I cannot recall a faster fall from grace than this. Last year there were six prototypes from three manufacturers with just three seconds between fastest and slowest in qualifying around an eight mile lap, with the winner of a race lasting 24 hours decided with minutes to go. Toyota has yet to give its response, but next year I expect there will be no P1-Hs.

That said I don’t necessarily think the death of LMP1-H will be a bad thing for the fans at all. This year the new LMP2 category provided outstanding racing from cars capable of lapping as fast as the top-level factory prototypes of just six years ago. So those interested in seeing a large field of closely matched and exceptionally rapid cars wade into battle (that’s all of us, right?) will still have every reason to make the pilgrimage to France. And if that means there’s a few less tribal, drunken pillocks who never watch a moment’s racing anyhow, that’s bad news for local supermarkets and the concession stands, but not the rest of us.

How should the ACO extricate itself from this mess? I think it has to accept its plan for hybrid racing at Le Mans now lies in tatters and that LMP1 and LMP2 should be merged into a single prototype category. Then the GTE-Pro cars should, within reason, be unleashed and allowed to go as fast as they can go and that over the course of 24 hours be in a position that they can fight the prototypes for outright victory. If this sounds absurd, it’s no more than what the ACO did in the mid-1990s by limiting the size of prototype fuel tanks, which meant that by the end of the 1995 race there was just a lap in it between the winning McLaren GT car and the second place Courage prototype. It was also the best era for sports car racing I can recall. I’d be in favour of a compulsory customer programme too. Then below this lot, the ACO has finally to allow the GT3 cars in to form the GTE-Am category.

As for Formula E, I will watch its future (if not the racing until it improves) with interest. My fear for it is that it is fundamentally flawed, and not just because it is so very boring to watch. The problem is that at its very heart are not race car teams but car manufacturers. And as the ACO is finding out right now, car manufacturers are interested in racing only insofar as it supports their strategic marketing goals. A race team exists to race, a car manufacturer exists to sell cars. And if Formula E cannot find a way of becoming less of a yawn, if once the novelty wears off the television audiences melt away – if they’re even there at the moment – then the manufacturers will walk away too.

Then again, perhaps that will be in time to return to a Le Mans toting a slightly more realistic rule book? Here’s hoping.

WEC statement on the departure of Porsche

The manufacturer Porsche, which recently confirmed its participation in the FIA ​​LMP1-H World Endurance Championship up to the end of the 2018 season, and which has been actively involved in the development of the technical regulations that will come into force in 2020, has just announced the withdrawal of its LMP1 hybrids from the end of the 2017 season.

The Automobile Club de l’Ouest, promoter of the WEC and organiser of the 24 Hours of Le Mans, regrets this precipitous departure, as it does the abruptness of the decision from one of endurance racing’s most successful and lauded manufacturers.

However, the ACO and the FIA, guardians of the existence and quality of the FIA World Endurance championship, have immediately set to work to put forward to everyone involved in endurance racing the outline of the 2018 season – a season which promises to be quite exceptional thanks to the introduction of new innovations.

Clearly, the reduction of costs and stability, but also inventiveness and audacity, will be vital in making it possible to stage an increasingly spectacular and attractive championship with the sport of endurance racing at the forefront.

This unprecedented 2018 World Championship will, without doubt, excite and enthuse competitors, partners and fans of endurance racing alike.