It has the biggest build-up of them all. Pushing the hyper-machines through 24 hours of full-steam racing requires it.

As well as the cars, it tests the drivers to extreme lengths – of concentration, stamina, strength and skill. The cars aren’t easy to drive and they only get more difficult as the race goes on, things break, bits fall off and tank tape is added in reels. There are the 59 other cars on track to be aware – or wary – of this year, the joint-most in the history of the race. 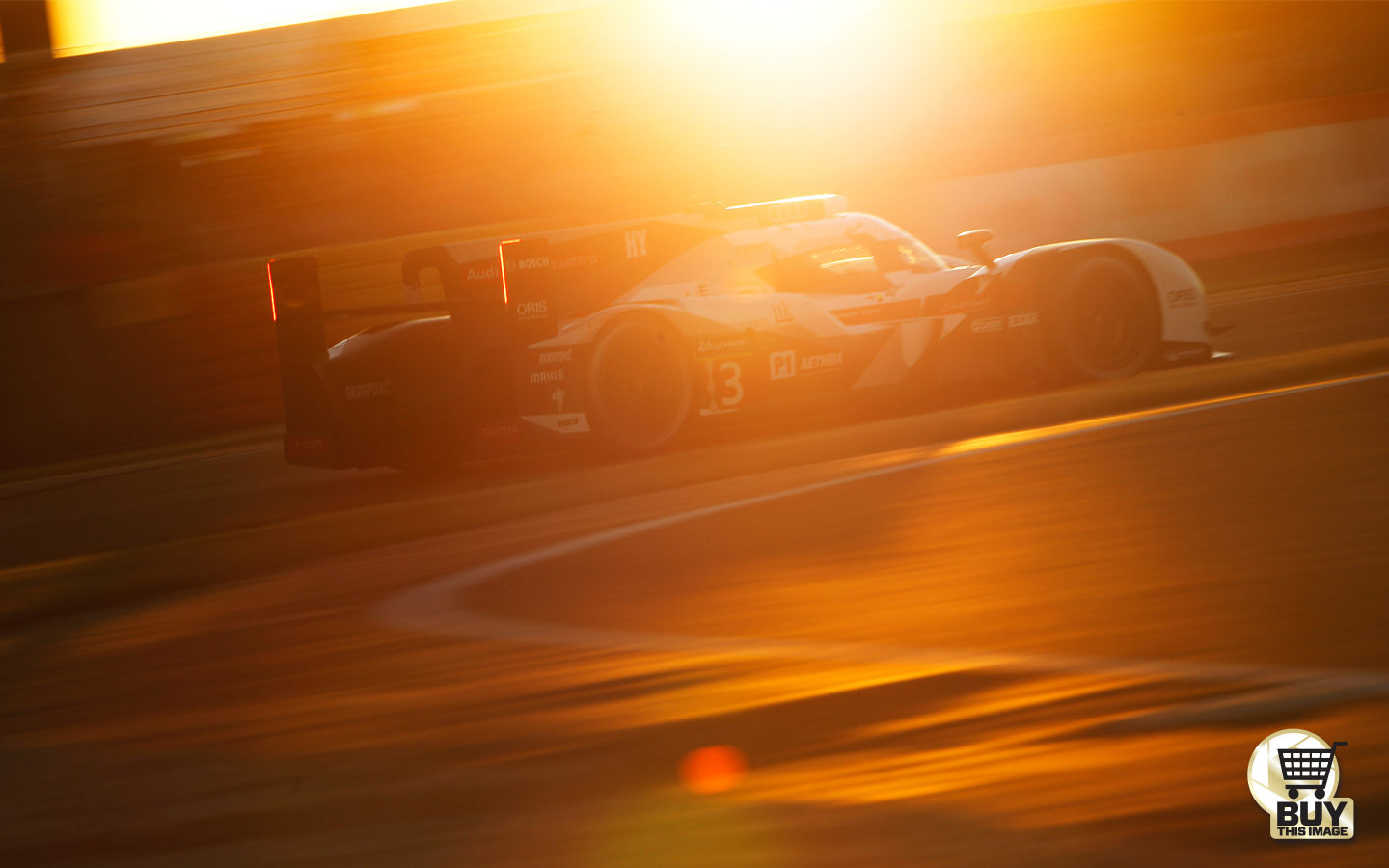 And then there’s the pressure. All season, all project, working towards one race creates a suffocating pressure.

“I’ve felt it from the first time,” said Audi’s Oliver Jarvis, who is preparing for his fifth Le Mans. “This is the race of a lifetime, and it can lead for bigger and better things, as it has for me. You’re under the microscope; any mistake or incident gets noticed.”

It can be career-defining or reviving. A standout performance can put you in the shop window and on the road to the very top. The opposite could send you onto the scrapheap and into anonymity. It isn’t lost on the people taking part, no matter how many wins are alongside their names in the history books.

“I found it really surprising my first year at Le Mans when I joined Audi to see it on the faces of Tom [Kristensen] and Allan [McNish]. They’d won it so many times, but there was still a huge amount of pressure on them.” Jarvis said.

It weighs heavy, and on tired shoulders. Each driver is sharing 24 hours of racing with two co-drivers, with long stints – single stints are rare. From the outside, those long stints leave what appears to be plenty of time away from the cockpit to relax, get some sleep and get ready to go again.

Not so. If one driver is in the car, one is ready and waiting to get in should they be needed, the other making the most of downtime.

“It’s really only a four-hour window,” according to twice podium-finisher Jarvis. “You get something to eat and rehydrate, talk to the team, and before you know it you only have an hour to get some sleep. Other 24-hour races are good to have under your belt because you learn how to behave outside of the car and how to approach the race.

“I found it difficult to switch off. When you get out of the car adrenaline is still pumping – the only way I can describe it is if you were to go outside and run 10km flat out and then someone tells you you’ve got to go to sleep. It’s impossible.” 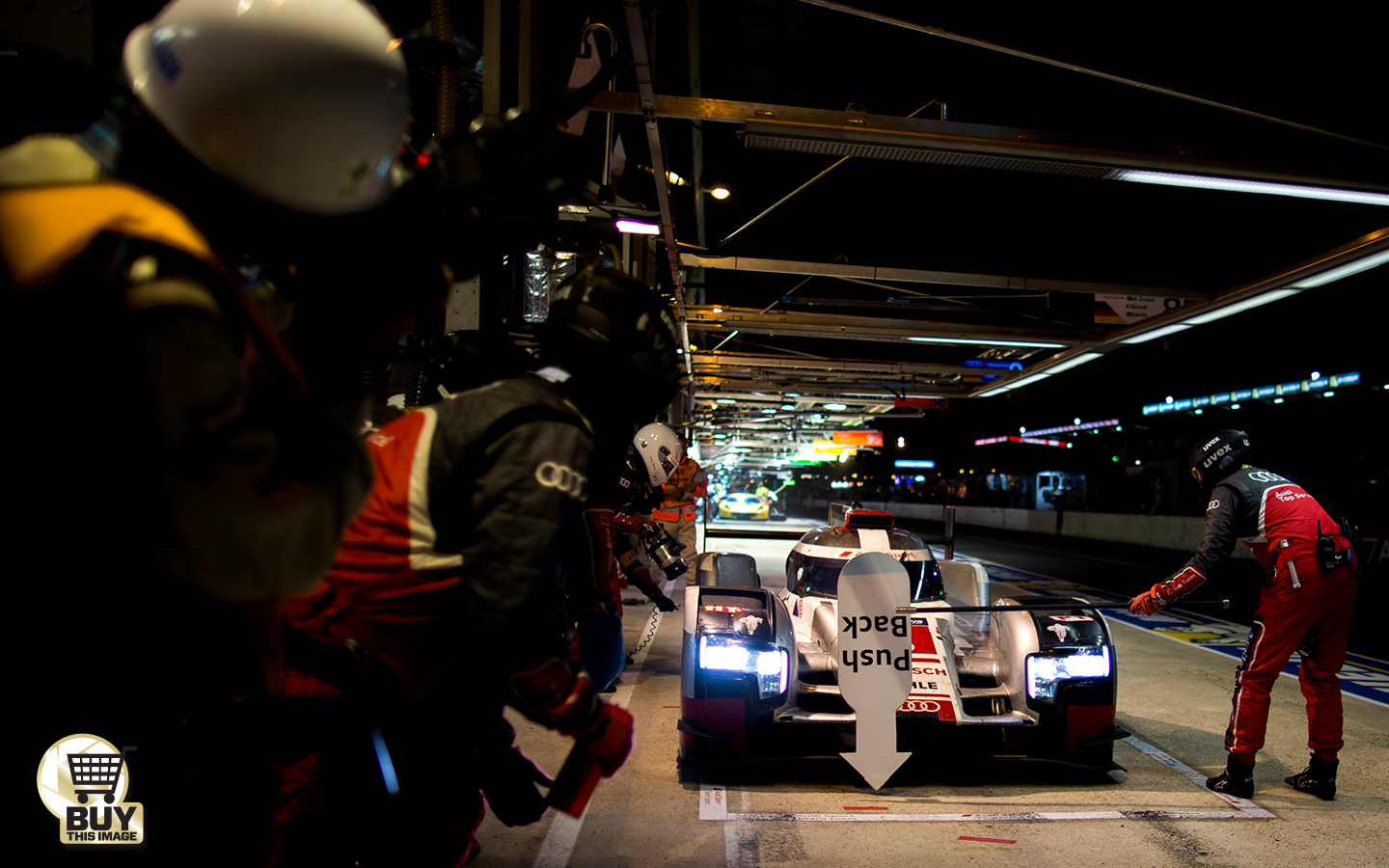 That is something he shares with Allan McNish, who with three wins knows how to get through it all, from the test weeks before to the post-race celebrations.

“I had to learn to rest,” the Scot said. “I’m not naturally relaxed so for me it was a development process to conserve my energy. It’s so easy to get dragged in to the whole race week and by the time it gets to 3pm on Saturday you’re emotionally and mentally knackered. That’s the big thing, making sure you’re not already finished by the time you get to the race.

“You also have to be able to trust your co-drivers. You can’t leave the circuit, but you can’t just sit there and watch every lap they do, either. You’ve got to get away, if not you would never be able to complete it.”

That’s easier said than done when you have the world’s best sports car racers lapping nose-to-tail into the night. Just ask Jarvis, who has to drag the fan in him away from the screens and stop watching his team-mates picking through traffic.

With 60 cars on the grid this year the margin for error is ever smaller and the chances of coming across a slower car higher than ever. A tired mistake from either party and it could be over for another year.

The LMP1s will be lapping cars at an astonishing rate, both in speed and regularity. Jarvis thinks the recent test day, at which his R18 finished with the fastest time, has given him a handle on who will need more room left than others.

“There were some GT cars and even LMPs doing some strange things. It’s much easier if they’re on the racing line and stay there as we can predict what they are doing. When they try to be too helpful and start moving across the track to get of the way you’re never sure if they’ve seen you. If it’s a GTE-Pro they will often turn in early to make sure you don’t come up the inside, which is fine because we know.

“You also can’t take anything for granted. You can have the quickest car and be unlucky and get a puncture in the 22nd hour or be taken out of the race by other drivers when trying to overtake.”

As for McNish, does he miss it?

“No,” is the short-shrift reply. “If I did I wouldn’t have retired. I don’t miss driving Le Mans at all.” 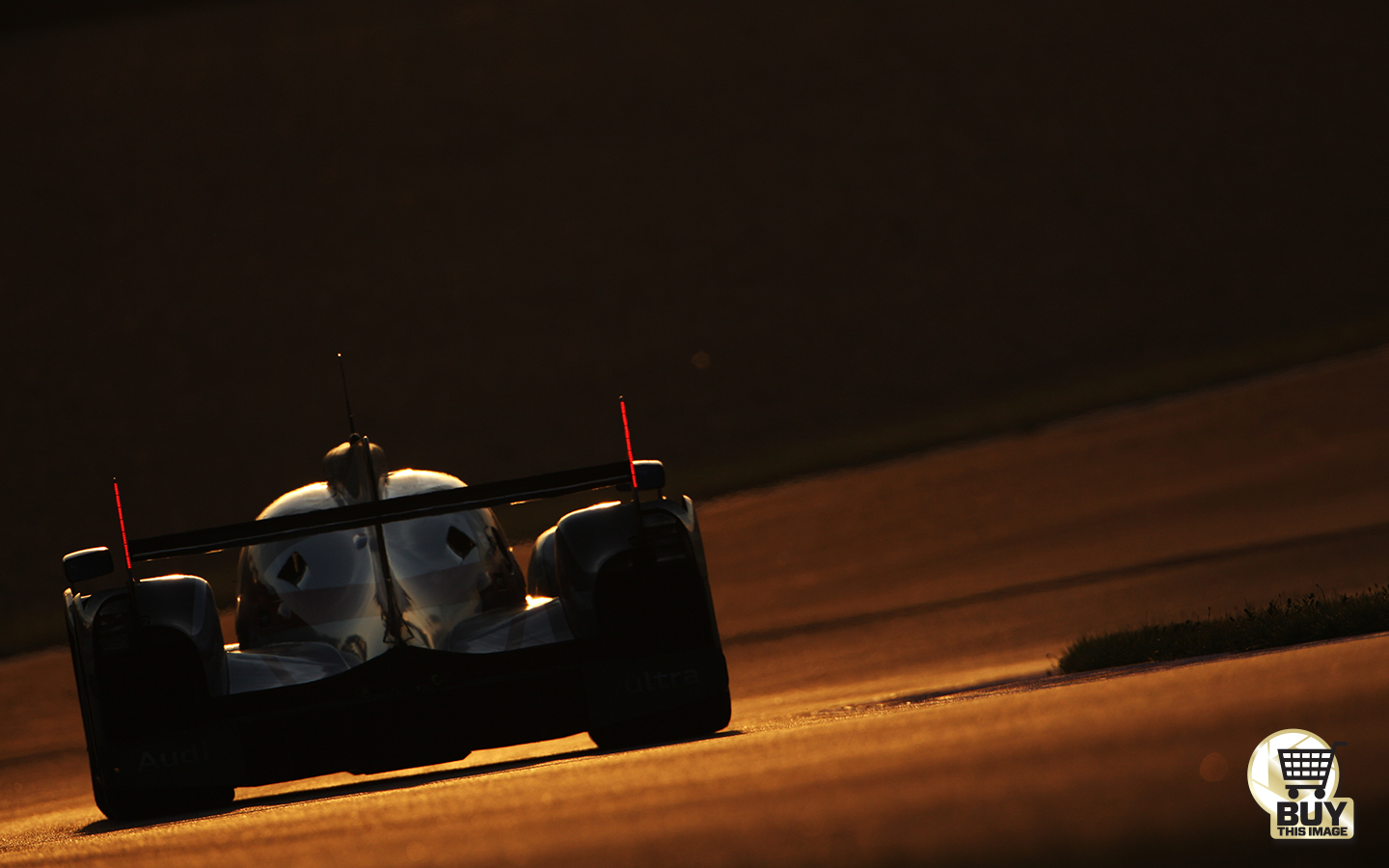 Le Mans the race, that is. The circuit is something different entirely: “I said to Alex Wurz, who is the Grand Marshal this year, you’ve got to get into the safety car and do a lap between the two qualifying sessions.

“On your own in a road car you can enjoy the circuit in a totally different way. For me in 2014 it was a beautiful sunny night, you come through Porsche Curves or down the Mulsanne without another car on the circuit and it’s stunningly beautiful.”

It’s the pressure of the biggest race of them all that tips the balance towards out rather than in love with it. A quarter of a million people are there to see who can come out on top after a full day and night of racing, after all.

No one really knows who that will be come 3pm on Sunday. Remarkably the times at the official test were very similar to those from 2015, so despite the ACO/FIA’s best efforts the 3m16s lap record may not be safe.

All credit to the engineers, says Jarvis: “The manufacturers have done a fantastic job to wipe out what should have been a time loss. How quick we go in the race will be bound to so many factors but I see no reason why we won’t be going for what we were last year.

“Porsche has the car to win the race, whether it is a car that can withstand 24 hours and be as quick is another thing. Reliability will play the biggest part for many years.”

That’s something the two definitely do agree on. “I’m not so sure the test was a perfect reflection of how things are,” believes McNish. “Coming off a victory last year and in a car that it knows, Porsche will be one to keep an eye on. But there’s a difference between winning and winning Le Mans. We know how to win Le Mans.”

That they do. Audi’s six drivers have a collective of 10 wins. Porsche? Two. Romain Dumas and Timo Bernhard were winners in 2010.  With Audi.

Porsche’s victorious 2015 drivers are next weekend in a GTE-Pro 911 and a Force India. But Porsche is the dominant world champion, having taken the crown from the previously dominant Toyota. The Japanese marque is back on the pace, and thinks it has the best reliability.

It could simply come down to whom can best handle the pressure.