Our staff photographer Lyndon McNeil is getting to fulfil his dream of going racing and charting each step along the way. With his first Radical Sportscars race weekend looming, we headed to iZone Driver Performance at Silverstone for a quick coaching session 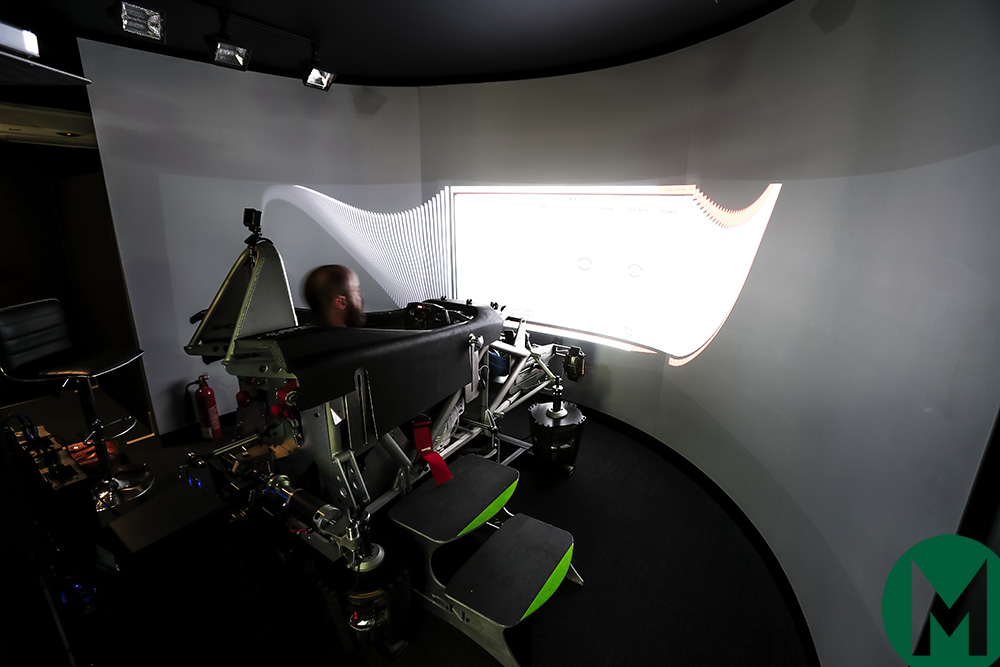 I’m quite used to being bottom of the leaderboard. Our office one, that is. We’ve got a PlayStation hooked up with a steering wheel and regularly take turns setting lap times on a series of titles. Clearly I’m never going to be a pro esports player.

So, when the topic of simulator training came up, I was more than a little sceptical.

What have I learned from hours of lapping Brands Hatch on a console? Not a lot. Basically where the track goes, and that’s it. But, what can you learn from three hours at iZone? A hell of a lot more than I ever imagined.

Arriving at iZone’s Silverstone base I don’t really know what to expect. I’ve visited other simulator companies and seen their hi-tech offerings, but I’ve never actually had a go myself.

Plus, how much could be learned in a virtual world, and then critically transferred to the real one, was up for debate.

I’m met by iZone’s commercial director Neil Riddiford, 1989 British Formula Renault champion and performance coach. He talks me through what the next three hours will entail, I slip on my race boots and gloves and get to work.

With 60 laps in the book, I feel like I’ve been properly coached and actually have a clue what lies ahead of me at Brands Hatch

With my race being in an open-topped Radical, we’re in iZone’s single-seater simulator to best get a representative feel. It’s a carbon-fibre Cranfield tub fitted with full race harness and a state-of-the-art force feedback steering wheel.

Unlike those at many other sim companies it isn’t fitted with multiple degrees of freedom, so your only feedback comes from the wheels, pedals and some clever trickery within the chassis itself that inflates during cornering to simulate pitch.

It runs the professional-grade Assetto Corsa software, customised for iZone and the Cranfield sim. I’m soon aware that this is a serious bit of kit. Sitting so low, all you can see is the full wrap-around screen and there’s a real feeling of immersion, with the speakers humming the engine note of a Radical SR3 right behind my ears.

Neil starts by letting me loose for a 10-minute warm-up session, but insists I don’t try to lap too quickly. The weighted steering, sequential gearshift and the throttle and stiff brakes take some getting used to.

More: How to go racing: The first test

All the time I’m blissfully unaware that Neil is already scrutinising my data on the live telemetry screens and assessing my racing lines.

The session is paused after my short run, t, and Neil joins me for a debrief that goes way deeper into detail than I expected.

“What’s the definition of the racing line?” he asks. After a pause I offer, “the shortest way through the corner?”

I’m half right, but Neil then goes on to explain that the key to it is finding the right angle of entry that gives you the best exit from a turn. After all, a corner is all about its exit. Slow in, fast out.

We talk through the effect of car dynamics on handling. At Druids, the hairpin at the top of the hill, I’m running too deep on the brakes because I’m braking too early and getting on the throttle is removing load from the front wheels, giving me less bite on turn-in.

With a far better understanding of things like push-understeer fresh in my mind, the session restarts and I immediately find a few seconds.

While the simulators at iZone are far from the most advanced, what the company does is focus more on driver training and preparation before using the simulator to put that training into practice.

“You can have the best, most expensive sim in the world,” Neil tells me, “but if you’re driving it badly, then it’s no better than any other.”

Neil then goes further and associates keywords with corners around the Brands Hatch Indy circuit, reminding me what to do for each. Phrases such as “Look up!” for Paddock Hill are followed by “Look round!” for Druids and “Apex!” for Graham Hill. The words help to build a driving road map in my brain and getting into a rhythm soon builds up muscle memory.

Soon I feel like I could drive the circuit blindfolded which, as it turns out, I could have been when we come to the eye-tracking assessment.

For this iZone uses a similar system used to train fighter pilots, which is correlated to your pupils and tracks where you’re looking around the lap. I’ve always been told to look as far through a corner as possible, but that’s very counter-intuitive for a novice and impossible when you’re staring at the fixed aspect of a computer game.

However, on the immersive iZone system, I can see exactly where my eyeline is going via a laser tracker, and so can Neil. My eyes are too low at Paddock Hill Bend, causing my brain to want to back out of the throttle as all it sees is road running out and leading into gravel.

How to go racing: Getting your licence

Neil then makes me drive a few laps with him shining a laser on the screen for me to stare at. It automatically draws my eyes toward where they should be around the lap, and immediately my times begin to fall further.

Your eyes ultimately control a lot of your brain and having them in the right place unlocks that extra bit of bravery and reduces the scary sensations of speed.

With 60 laps in the book, the quickest three hours of my life are done. I climb out, hot and sweaty, but feeling so much more confident ahead of my first race. I feel like I’ve been properly coached and actually have a clue what lies ahead of me at Brands Hatch.

It felt like I’ve already done a full test day at the track, but that is still to come.