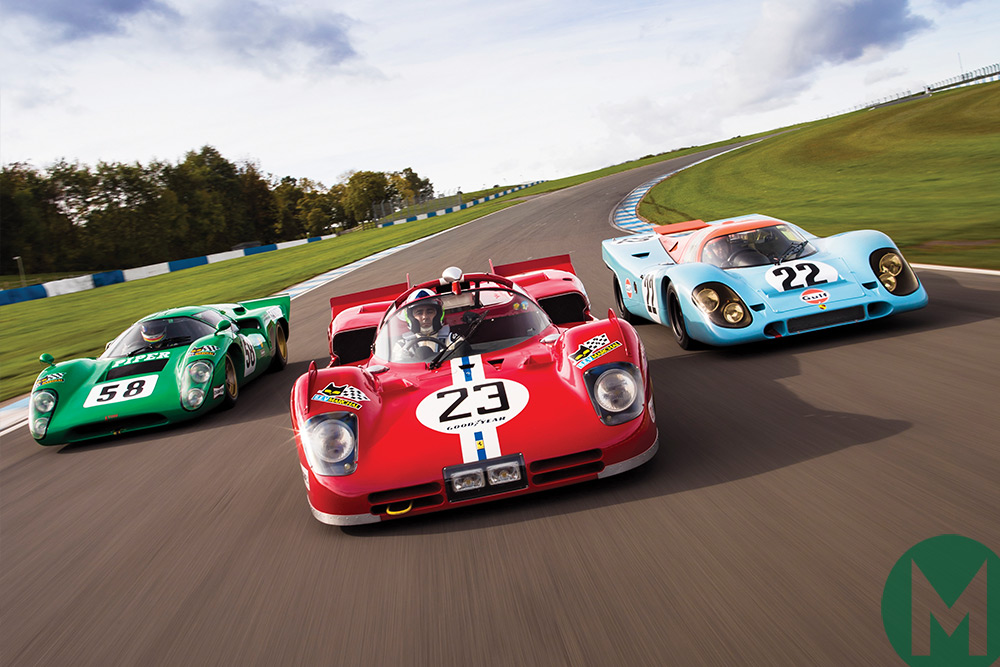 We often say in the Motor Sport offices that our sport is about the people more than the machines.

Well, some of us say that.

Others argue that actually it is all about the car. For every time someone contends that motor racing is defined by the courage, passion and romance of the drivers, someone else will scoff that if you really want to distil the glory of racing you need only stand in front of a McLaren MP4/4.

Or, in the case of our new production editor Rob, a Ford Puma Cup car.

As you can imagine, this difference of opinion will never be resolved. But if it ever was to be, then the three cars on our cover this month would be the ones to do it. They are arguably the greatest and certainly the most evocative sports cars ever to take to the track and cumulatively come as close as anything to capturing the unique essence of racing.

They are the Porsche 917, Ferrari 512S and Lola T70 and we have termed them racing’s holy trinity. You’ll forgive us the hyperbole: to see all three together is rare, to get all three on the track together is close to a miracle.

Of course, the next big question when presented with a story like this is who to ask to drive them. We felt we needed someone with the skill and clout to do the cars justice and, frankly, only one name came to mind: triple Indy 500 winner and four-time IndyCar champion Dario Franchitti.

The resulting track test is one of the best that this magazine has undertaken, with stunning photography and incredible technical drawings of all three cars. It makes for a terrific feature for all car lovers to wallow in.

But we didn’t forget the human side to the cars, either. Very few drivers managed to race all three cars in period, but Jack Phillips, our digital editor, tracked down one who did. The resulting interview with David Hobbs, who recalls his impressions of each of the three cars, is both enlightening and humbling. And if that isn’t enough for you, you can watch a video of the track test, too.

Elsewhere in the magazine this month we celebrate the 20th anniversary of the Goodwood Revival by asking star drivers – including Martin Brundle, Matt Neal and Tom Kristensen – to pick their favourite moments. And we review this summer’s Silverstone Classic. We really are blessed with top notch historic festivals in this country.

Further afield we visit the world’s hottest race track – called the Bends, it has just finished construction in the Australian Outback. It has been built as a labour of love by a racing-mad businessman and has the potential to turbo-charge racing on the continent.

Dickie Meaden profiles the Porsche 2.0L Cup, a one-make championship for historic Porsches that counts a famous face among its drivers, while Simon Arron sits down to an early ‘Lunch with…’ (let’s call it breakfast with) Scott Pruett. He is a true all-American hero who has won just about everything in his homeland.

To round things off Damien Smith, once of this parish, travels to Portugal to profile the drivers competing in WTCR – one of the most exciting series currently on offer.

All this plus your regular columnists, Doug Nye, Gordon Cruickshank, and Mark Hughes, as well as your regular update on auctions, race car restorations and the historic racing scene.

Throughout the magazine, I hope we have struck the right balance between celebrating the machines without forgetting the people who drive them – and hope you do too.