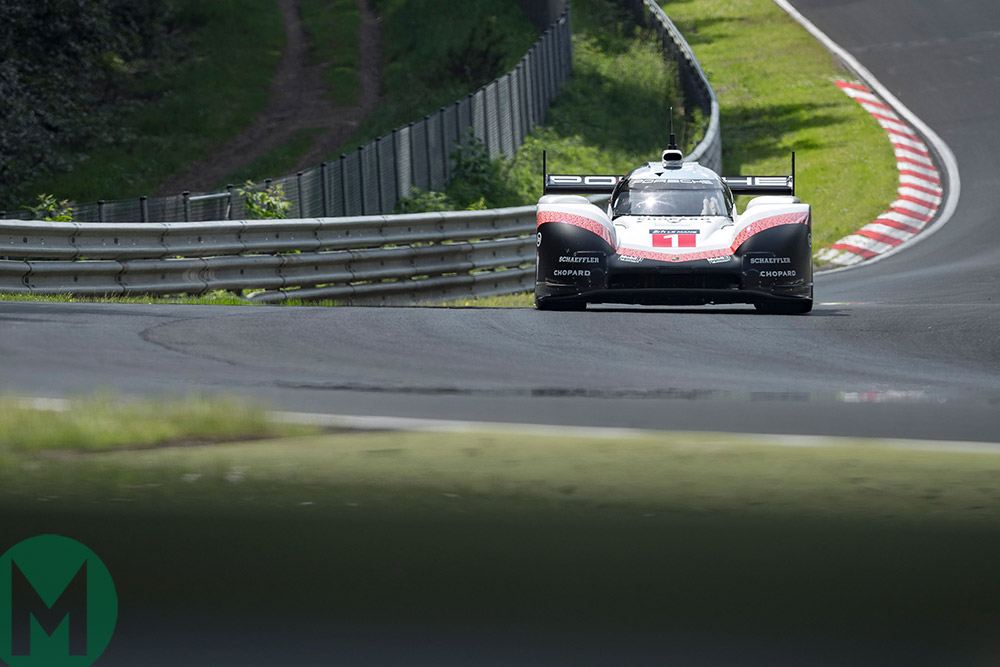 Not so long ago, our esteemed historian Doug Nye broached the subject of Brexit in his column. I seem to remember it was in the context of the 1966 Monte Carlo Rally and the run-in our Minis had with French regulators. It was typically nuanced and erudite stuff from Doug, but the response from readers was pretty swift and unambiguous: leave politics out of Motor Sport and, indeed, motor sport.

I have some sympathy with that view: motor sport and the machinations of state should not mix and I appreciate that for many readers opening our magazine is a form of escapism. We read enough about the troubles in the world and – occasional merited mentions in columns aside – do not to want to see them repeated in the pages of this magazine.

But this month I have made something of an exception with the inclusion of a piece by our young staff writer Samarth Kanal, who managed to scoop the world’s political journalists and bag an interview with the EU’s chief Brexit negotiator Guy Verhofstadt.

The interview took place not in the corridors of power but at Brands Hatch, where Verhofstadt was racing his yellow Elva 100. He spoke knowledgeably about his passion for the marque and for historic racing and, according to Samarth, Verhofstadt cut a relaxed and approachable figure at the circuit.

I don’t know about you, but I find it strangely reassuring that in these uncertain times – and regardless of where you stand on the question of Brexit – the other side’s top diplomat is a fellow motor sport enthusiast.

There is, however, nothing political about our cover story, which this month focuses on record breakers. In particular, we unearth some of the greatest records that can never be broken. Whether that is because the tracks on which they were set have long since disappeared, or the races themselves have been consigned to history, we reveal the drivers who have achieved immortality in the world of records.

Until recently, one of the most famously unobtainable records was the lap time set by Stefan Bellof at the Nürburgring in 1983. Unobtainable, that is, until Porsche decided to attempt to do just that in its 919 Evo prototype. We managed to secure a ringside seat to the action and report on history being made.

Elsewhere in the magazine, Mat Oxley reveals the complex and scandalous story behind the Agusta family – founder of the eponymous Italian motorcycle marque; Simon Arron sits down to lunch with influential F1 designer and pioneer John Barnard; and we preview the world’s most glamorous car concours – Monterey Car Week.

Meanwhile, Samarth makes a second appearance in the magazine this month with a report from Switzerland, where Audi was competing in the penultimate round of this season’s Formula E championship. The German team has since gone on to win the constructors’ title, but our piece explores the two very different worlds of endurance racing in the WEC and electric racing. Why? Because, as we discover, once Audi shut down its WEC operation, many of the engineers and mechanics moved over to the new FE series. We reveal how they have coped with the switch to the brave new world of FE.

Of course, the issue also features all of our world-renowned columnists with Mark Hughes discussing F1, Dickie Meaden on competing in the Le Mans Classic and Gordon Cruickshank paying a visit to the Flywheel festival. Simon Arron, meanwhile, journeys to bucolic Gloucestershire and the Midland Hillclimb Championship at Prescott.

All this and more awaits you in the latest issue of Motor Sport. I hope you enjoy it – politics notwithstanding.