But in the press room, the atmosphere threatened to be more subdued: when it came to overarching news stories, there was no denying that the lack of an international name such as Fernando Alonso or the inspirational Alex Zanardi limited the reach somewhat.

Kyle Busch is a big star, but he doesn’t have the same pull outside of the United States that Alonso had, and the reigning NASCAR Sprint Cup champion was competing in the lowest category rather than for overall honours.

Fortunately there was an overseas driver who partnered Alonso last year and returned this weekend to make it back-to-back victories, who is starting to make a bit more of a ripple on this side of the Atlantic.

Kamui Kobayashi was making his debut at Daytona a year ago, but it was somewhat overshadowed by the interest in Alonso, something that wasn’t lost on his other 2019 team-mates Jordan Taylor and Renger van der Zande. Alonso was damn fast, but so was Kobayashi.

Kobayashi was in the car for much of the final few hours on Sunday this year and looked as assured as any of the company around him. 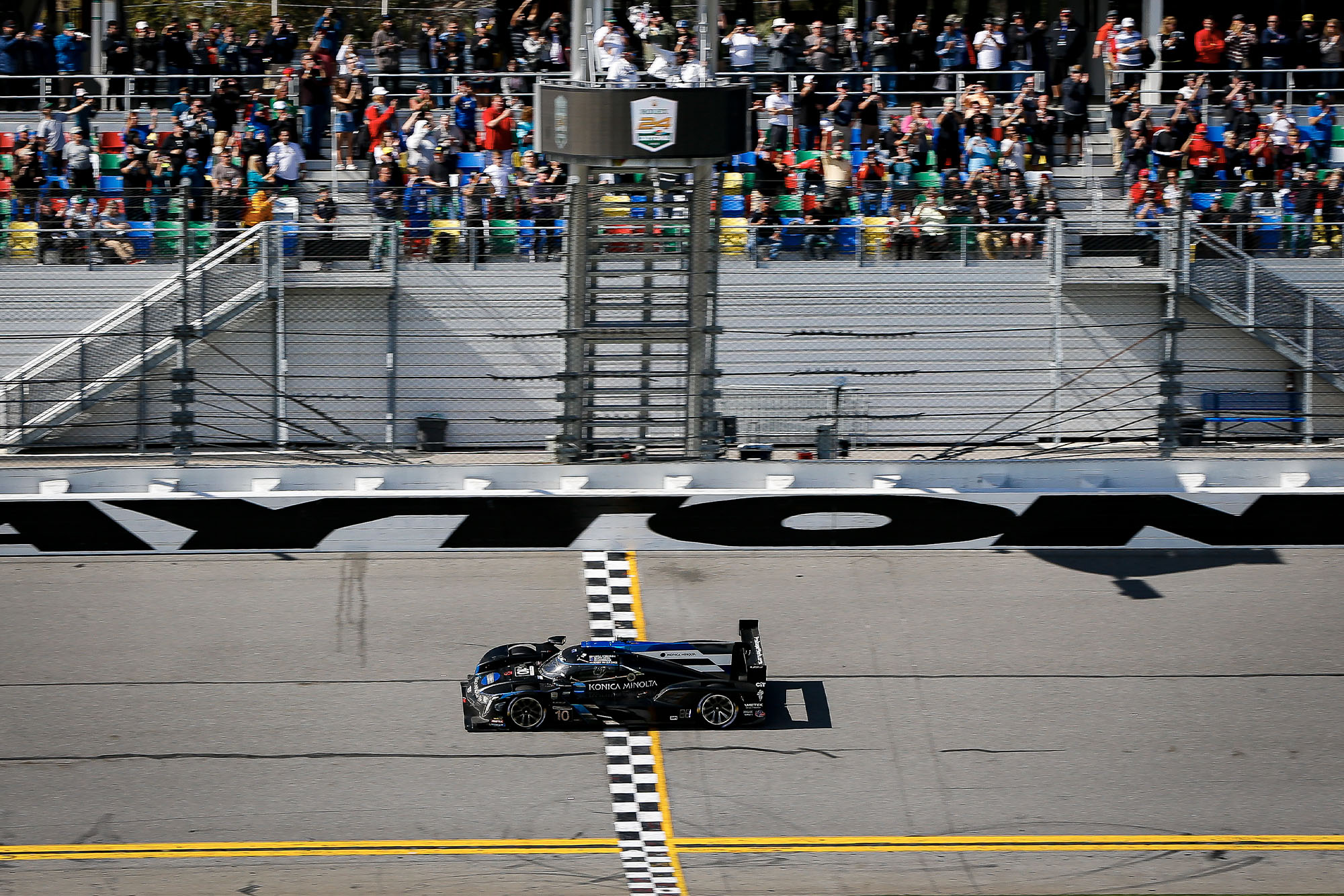 Van der Zande might be a full-time driver – the other, Ryan Briscoe, set the car’s fastest lap – and Scott Dixon perhaps has five IndyCar championships to his name, but Kobayashi added something to the line-up.

Endurance racing experience could be it, but it was a bit more than that. A little bit of what made Jenson Button exclaim “Kobayashi’s crazy, man!” when the Japanese driver made his Formula 1 debut back in 2009: Kobayashi doesn’t hesitate or doubt himself for a split second. He drives quickly, clinically, and you’re the one who will have to make a decision because he’s already made it.

That has been the perfect approach when dealing with traffic in an experienced field. Kobayashi never once looked troubled, and prompted questions from some within the press room as to why he never went further in F1. Certainly on this evidence, he’d have matured into a very strong prospect.

“I’ve done a couple of endurance races and I’m getting more how to drive this kind of car,” Kobayashi modestly told Motor Sport after victory at Daytona.

“Actually I really enjoy the racing in 24 hours. You need some luck if you want to win. Sometimes it’s the opposite, if you’re fast you don’t win, or you can win.

While it was Kobayashi who brought the car home to become the first Japanese driver to win consecutive Rolex 24 at Daytona events, it wasn’t just the 33-year-old’s driving that was catching the eye, it was his sense of humour too. One that endeared him to both the media but also the team with who he has now backed up last year’s success.

An impressive early stint saw Kobayashi called up to the press room for a media session, something Alonso had to deal with on an almost hourly basis over the past two years. He told a story about how he had come to drive for Wayne Taylor Racing that he had also relayed a year before, but he wasn’t grabbing the attention in quite the same way in 2019.

“It was like good destiny. I remember Wayne called me in the middle of the night in Japan and said ‘This is Wayne Taylor’, and I said ‘Yes, I know’, and actually I didn’t know that! This is how the story started.”

With the team backed by Konica Minolta, it was a good move commercially, but an even better one from a driving perspective: “I can’t say enough about Kamui Kobayashi,” Taylor admitted after the race, while also speaking about how well he gelled with the other drivers.

“These drivers around me … they’re just like superstars. There’s no egos, there’s no ‘I want to be faster than the other guy’. This event is all about the people and being a team event and everybody’s focused on the big picture and that’s to win it for everybody – sponsors, manufacturers and so on.” 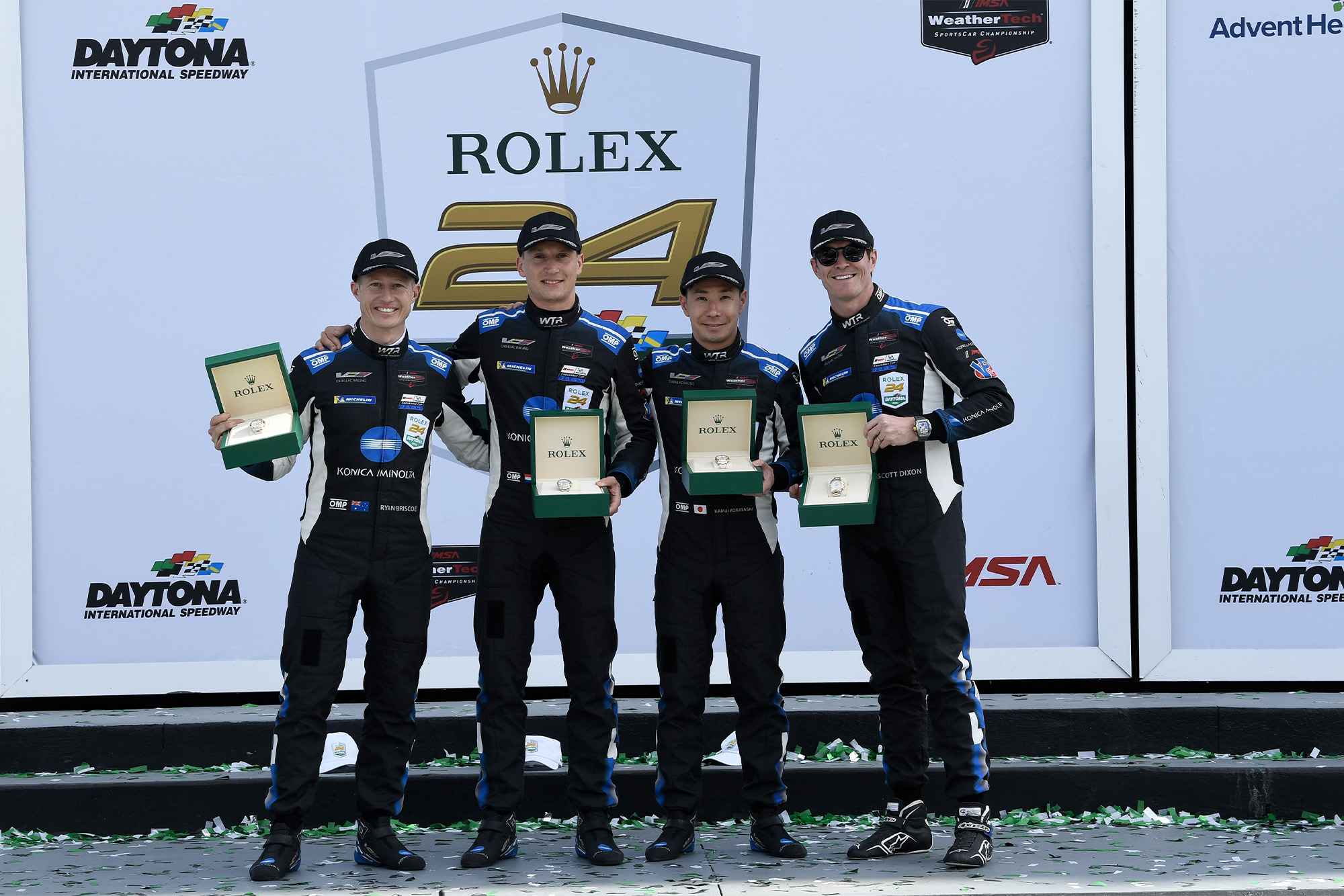 Taylor wasn’t present when Kobayashi was recalling his first phone call story, but you can bet he’ll know the other side of it already. Because for all his seriousness behind the wheel, he’s a character outside the car.

A further question about whether he would be going to the Tokyo Olympics this summer led to Kobayashi revealing he’s going to avoid the city, and offering a journalist his apartment through Airbnb to allow them to cover the Games. (They tried to get it for free, but Kamui’s not stupid, either).

Without a bigger international name alongside him in the race this year, Kobayashi emerged from Alonso’s shadow to get the attention his performance deserved. Not that it’s something that bothers him in the slightest, having suggested to his former Toyota team-mate on Twitter that he should head to Florida again this year.

“I know Fernando can share my seat, because last year he was using my seat! I just joke with him, he’s welcome here, always.”

Keep performing like that, Kamui, and plenty more teams will say the same about you, too…