Shed a tear this weekend for the GTLM class, which will cease to exist – lamentably – after Petit Le Mans, the WeatherTech SportsCar Championship’s year-end 10-hour enduro at Road Atlanta.

Featuring factory-built production-based sports cars, GTLM showcased some of the most glorious racing and exotic machinery in modern road-racing history. Mere mention of the category conjures up indelible images of yellow Corvettes, scarlet Ferraris and Ford GTs decked out in all-American colors.

But don’t sleep on the other American car that most people have forgotten – the Viper GTS-R. In my mind’s eye, I can see a pair of pugnacious, bright-red Dodge Vipers with white racing stripes thundering up the hill at Road America at 180 miles per hour even though their massive 8.0-liter V-10 engines were loafing along at less than 5000 rpm.

“It was the most raw yet capable race car I’ve ever driven,” says Kuno Wittmer. “In natural form, it was a brutal animal. The race car was a beast, an absolute beast, that was tamed with engineering.”

Spiritually, GTLM’s roots date back to the GT2 class of the mid-1990s. One of the early stars of the category were second-generation Vipers campaigned by Oreca, which scored class wins at Le Mans in 1998, 1999 and 2000.

But Dodge had been out of big-time road racing for several years when car builder Bill Riley – who’d been involved in the original GT2 program – cold-called the company executives in 2011 to see if he could interest them in developing the about-to-be-released fifth-gen Viper for the class that would eventually be renamed GTLM. 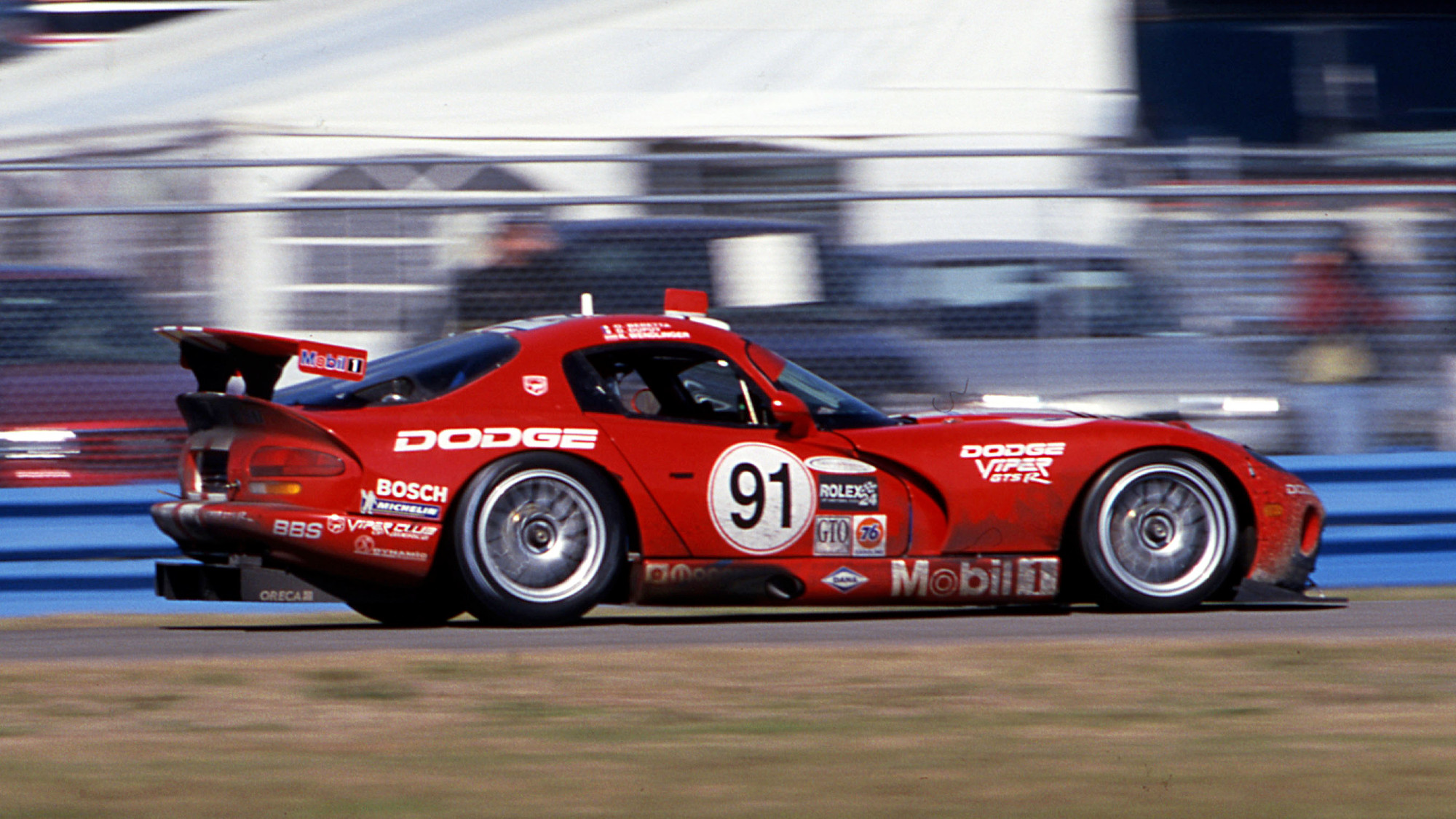 Riley arranged a face-to-face meeting. One of the Dodge execs was Ralph Gilles, who was a principal designer of the new Viper, not to mention a hardcore race fan. “I didn’t know Ralph at the time,” Riley says. “But when I left the meeting and looked at his business card and saw he was the president of Dodge, I’m like, ‘Okay, this is going to happen.’”

Sure enough, a program to build a Viper race car got the green light. The chassis was created jointly by Riley Technologies and Street and Racing Technology (SRT) at Fiat Chrysler Automobiles. The engine, meanwhile, was upgraded at Roush Industries, which, though better known for its NASCAR exploits, had a long history with sports cars and endurance racing.

After a mere seven months of development, the GTS-R debuted late in the 2012 American Le Mans Series season. The next year, hamstrung by its performance on tight circuits, the Vipers finished third in the manufacturer’s championship, behind the Corvette C6.R and the BMW Z4 GTE. Along the way, though, Marc Goossens and Dominik Farnbacher scored the car’s first victory, at Road America, where the Viper’s grunt reigned supreme.

The team went into the 2014 season – the first after the merger between IMSA and ALMS – targeting a championship. Porsche, BMW and Ferrari looked stout, but Riley knew that Job One was outrunning the Corvettes.

“Until I got involved with the program, I didn’t realize how much Viper people disliked Corvette people and how much Corvette people disliked Viper people,” he says. “At one of the early races, there were so many Viper fans in the paddock that I said to myself, ‘We better start running up front or they’re going to come after me with torches and pitchforks.’ Viper fans are really passionate about beating yellow cars.”

Porsches won at Daytona and Sebring to start the season. Then, Corvettes swept the next three races. At Mosport. Wittmer put the Viper he was sharing with Jonathan Bomarito on pole and banged doors with Jan Magnussen’s C7.R for much of their stint. But Bomarito’s late-race charge came up short, and the Corvette won again. 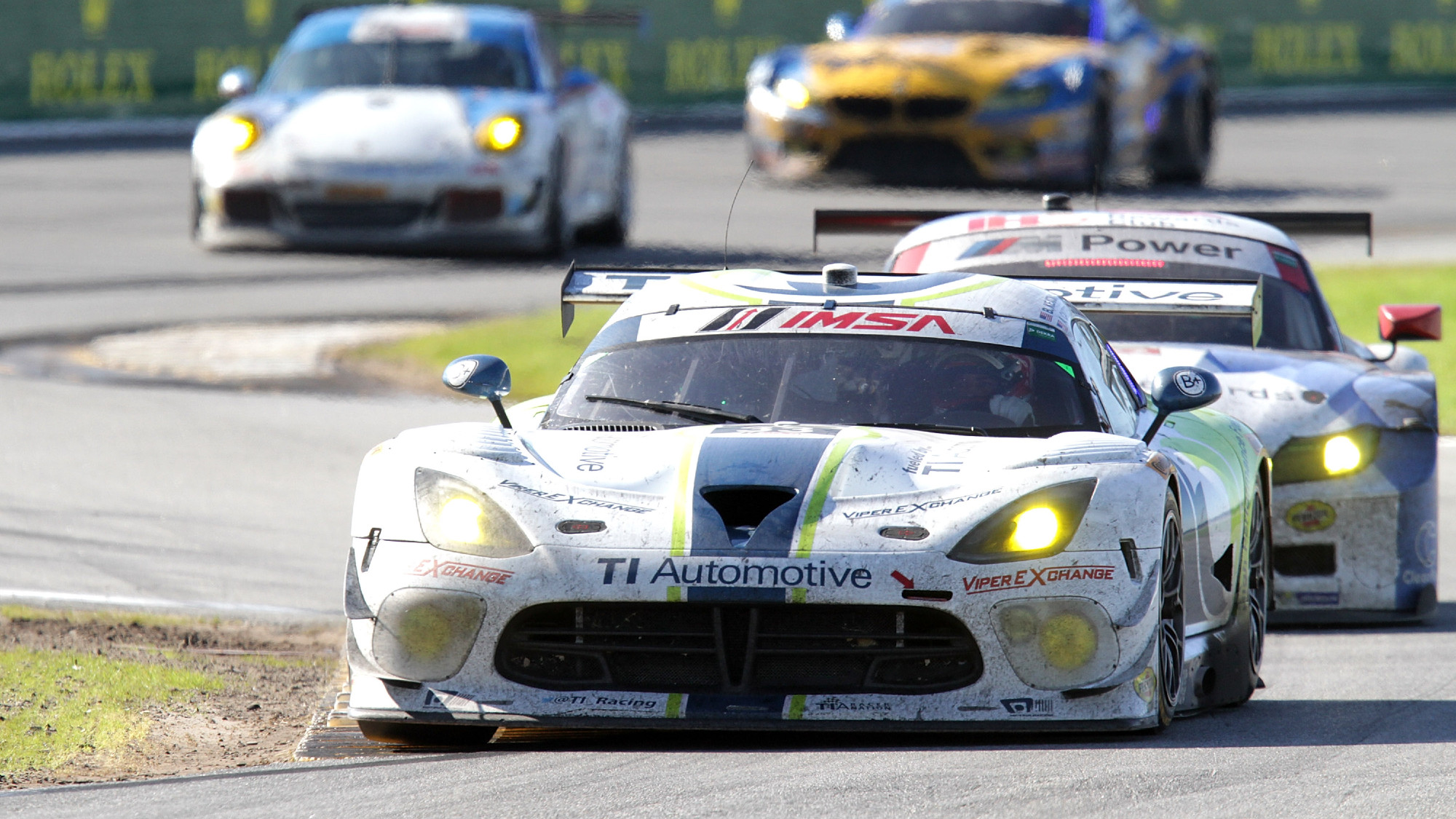 It wouldn’t win another race for the rest of the season.

Wittmer and Bomarito kissed the bricks after coming home first on the road course at Indy, and they scored a second victory at Circuit of the Americas in Austin. Going into the season-ender at Petit Le Mans, the Viper merely had to finish ahead of the Corvette to clinch the team championship. Riley also chose to split up Bomarito and Wittmer in different cars to maximize their chances of winning the driver’s title.

As it happened, Bomarito’s car was slowed by gearbox trouble. But Wittmer soldiered home to finish third, securing the driver’s and team championships. (Bomarito finished second by five points.) “It felt amazing,” Wittmer says. “I had to stay two extra days because of all the celebrating we did after the race.”

Alas, this story doesn’t have a happy ending. On the Monday morning after taking the checkered flag, Wittmer got a phone call informing him that the GTLM program had been axed. “It was absolutely heartbreaking,” he says. “I broke down in tears. Not wondering, ‘What am I going to do next year?’ No, these are my friends. How are we going to stay together?”

Riley had already started developing a new-and-improved Viper for the coming year. “There were a lot of things we were going to correct or improve upon,” he says. “Some of them were lap time-based. Some were maintenance-based. Some were cost-based. But we didn’t get that opportunity.”

That said, Riley knew there was no formal commitment past the end of 2014, so he wasn’t blindsided by the news that the program was being terminated. “I didn’t feel betrayed,” he says. “I didn’t feel like those guys had screwed us. I didn’t feel bad at all. I just felt very sad because this was one of the best groups of people I’d ever worked with.”

Wittmer still had one race left on his contract. At the start of 2015, he was part of a team – led by Riley – that scored a GTD class win in the Rolex 24 at Daytona in a less sophisticated version of the Viper he’d driven the previous year. “That was a massive cherry on top of the whole program,” he says.

The Viper GTS-R never raced again. And after this weekend, regrettably, neither will any other GTLM car. 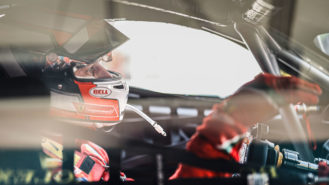 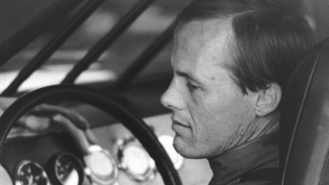 'Al Holbert did it all. The whole bloody lot'

Dynamically quick, adaptable and with an impressive mind for the business of racing, Al Holbert was a formidable though not fully appreciated talent says Paul Fearnley 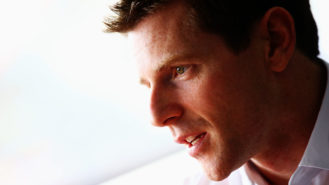 Anthony Davidson on his racing rollercoaster: ‘I wasn’t nasty enough for F1’

From years on the F1 sidelines, to WEC glory and the most painful Le Mans heartbreak, there's not much Anthony Davidson hasn't seen in motor sport, as he recalled to James Elson