The second part of our guide to planning your trip to Le Mans, Richard Webb of Travel Destinations looks at the travel options 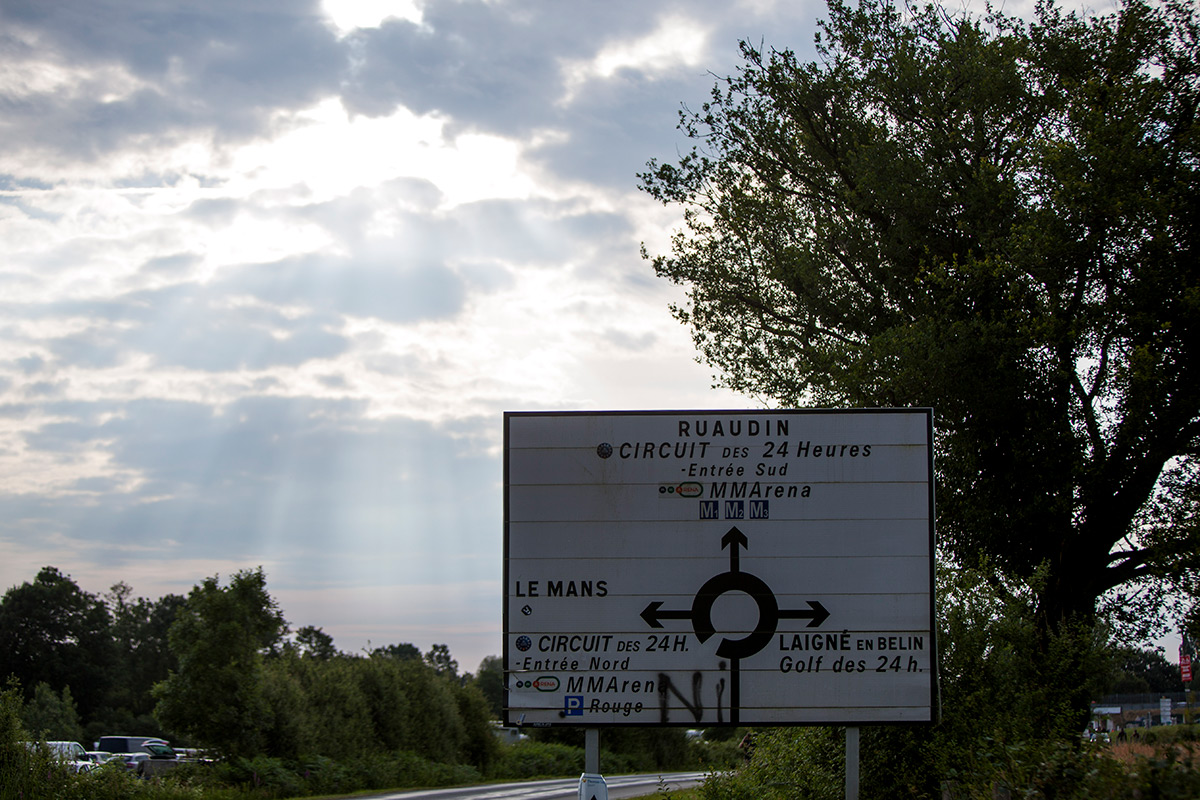 Le Mans lies approximately 125 miles to the west of Paris and about 100 miles south of the Normandy coast, which makes it a very easy destination to visit for international race fans. Around a quarter of Le Mans visitors come from the UK, and the vast majority of those will travel by car.

Travelling by car has three major benefits: it’s social, economic and practical. If you are coming in your own vehicle you can fill it with your friends and they contribute to the cost of travel. Everyone wins. If you are camping at Le Mans, you want to be as self-sufficient as possible, and it is amazing what you can fit in a car when you need to.

From the UK there is a choice of routes for travelling to Le Mans. There is no right or wrong way to do this and much will depend on your priorities, such as cost, time and driving distance.

The shortest and quickest way across the Channel is to head to Calais. You can choose either the ferry from Dover or the Eurotunnel from Folkestone. The ferry takes 80 minutes and you get the chance to wander the ship, eat and drink or go shopping. The Eurotunnel takes 35 minutes but you stay in your car the whole time. Both are priced similarly and they both get you to Calais.

Driving from Calais is easy and can be done completely on dual carriageways. These are tolled, though, and will cost just around €30.00. If your Sat Nav suggests going via Paris, ignore it and look at a map. The simplest route is going to be via Rouen. Expect the driving time from Calais to be around four and a half hours plus any stops that you make.

You can directly compare this with the longer sea crossings out of Portsmouth. You can choose routes to Caen, Le Havre, Cherbourg and St. Malo, but all are operated by Brittany Ferries. In our experience the service is generally good on these ships, which is a good thing as you are generally looking at more than six hours on board. You can choose overnight sailings on some of the routes which are popular but remember that any cabins you book will increase your costs. Price is usually the deciding factor when comparing these routes to Calais as they are generally at least four times the price of the Calais routes. So why would you choose them? Well if you live near the south coast, then Portsmouth could be your nearest port anyway, but most people will look at the drive times on the French side as the deciding factor. From Caen to Le Mans the drive time is going to be in the region of two and a half hours to Le Mans, depending on which route you choose and the tolls will be half the price if you choose to use the tolled motorways. 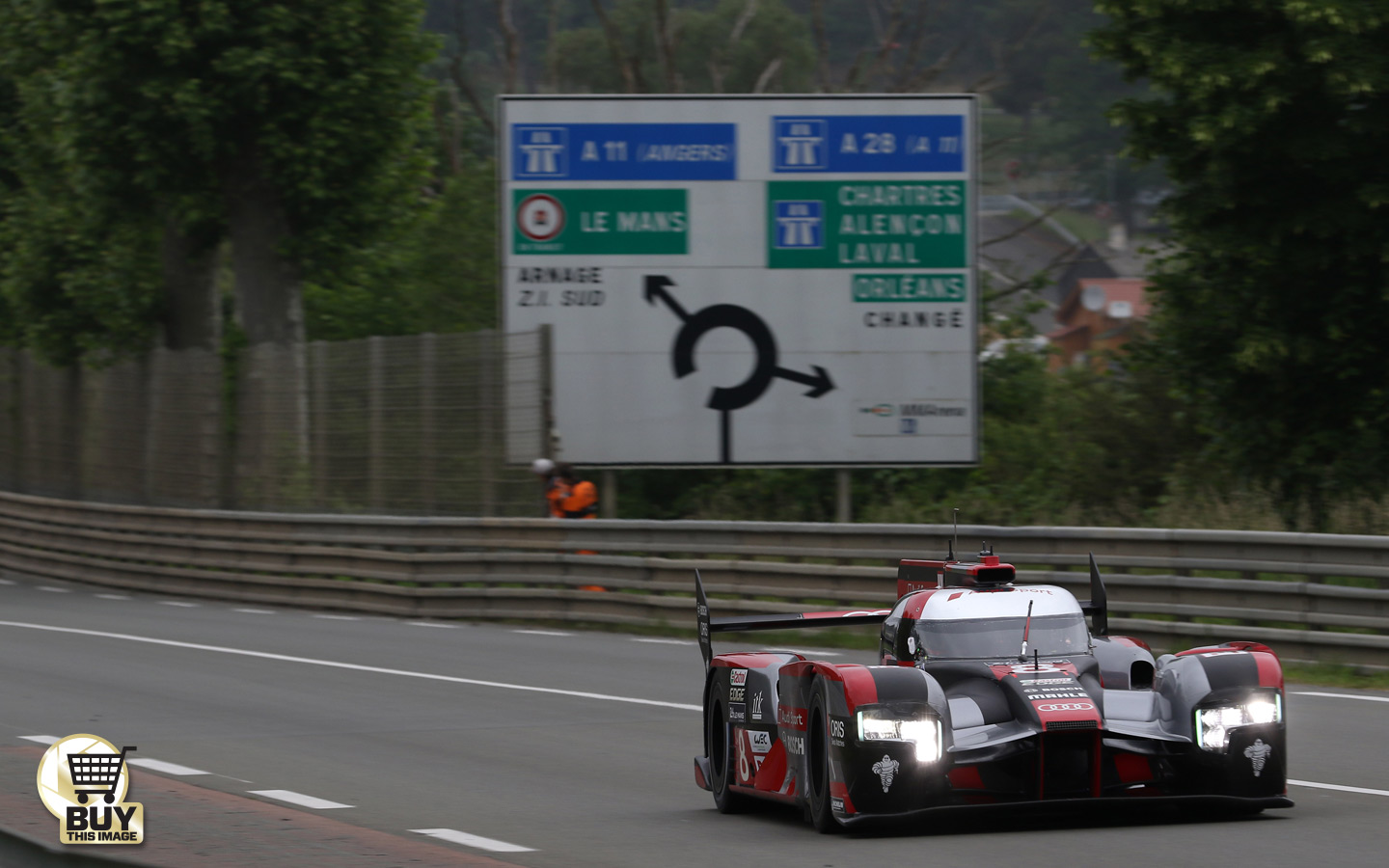 For those living in the North of England or beyond, a good option to look at is the route from Hull to Zeebrugge. This is an overnight ferry run by P&O Ferries. Initially this may look like an odd choice for Le Mans, but on closer inspection it often saves time and money. Zeebrugge is just over the border into Belgium but remains within an hour’s drive of Calais. So not much driving difference from the Calais routes. The big bonus is that by sailing down you have avoided some of the more notorious British roads and driving on the continent is a lot easier with less traffic than the M6, M1 and M25 or M23. As it is an overnight ferry, this may not work for everyone, and cabins will need to be booked, but if you live within a two hour drive of Hull, then I would be taking this route quite seriously.

Traffic around the the Circuit de la Sarthe can also be tricky at times, so we are aware of a number of people recently who have decided to leave their cars at home. For many this may sound odd and I can understand the attraction of driving your car to Le Mans (it is a motor sport event after all) but hear me out as this is still an option. Travel Destinations also looks after large numbers of people flying in to France from around the world, so letting the train take the strain can be a good option. From the UK the Eurostar train service (not Eurotunnel, they are separate things) starts at London St. Pancras and finishes in Paris. If you are heading to Le Mans, then consider changing at Lille as you can then catch the train straight to Le Mans from there (and it is easier than traversing Paris). If you are arriving at Charles de Gaulle airport you can also catch this train direct to Le Mans. Alternatively, if you are combining a visit to Le Mans with a visit to Paris, then the fast train (TGV) goes direct to Le Mans from Montparnasse station. Once at Le Mans station, the tram to the circuit is right outside the door with the end of the line at Antares in the centre of the circuit. It couldn’t be simpler.

Peugeot has unveiled its new 9X8 Le Mans Hypercar, ten years after it turned its back on elite-level endurance racing, with a radical design which features no rear wing – but is unsure if it will be ready for Le Mans 2022

This August should have witnessed Aston Martin and Toyota locking horns at Le Mans, with a new generation of hypercars battling for the win. But Aston’s troubled finances saw it…