As Audi calls time on its LMP1 project, we look back on its remarkable 18 years at Le Mans. 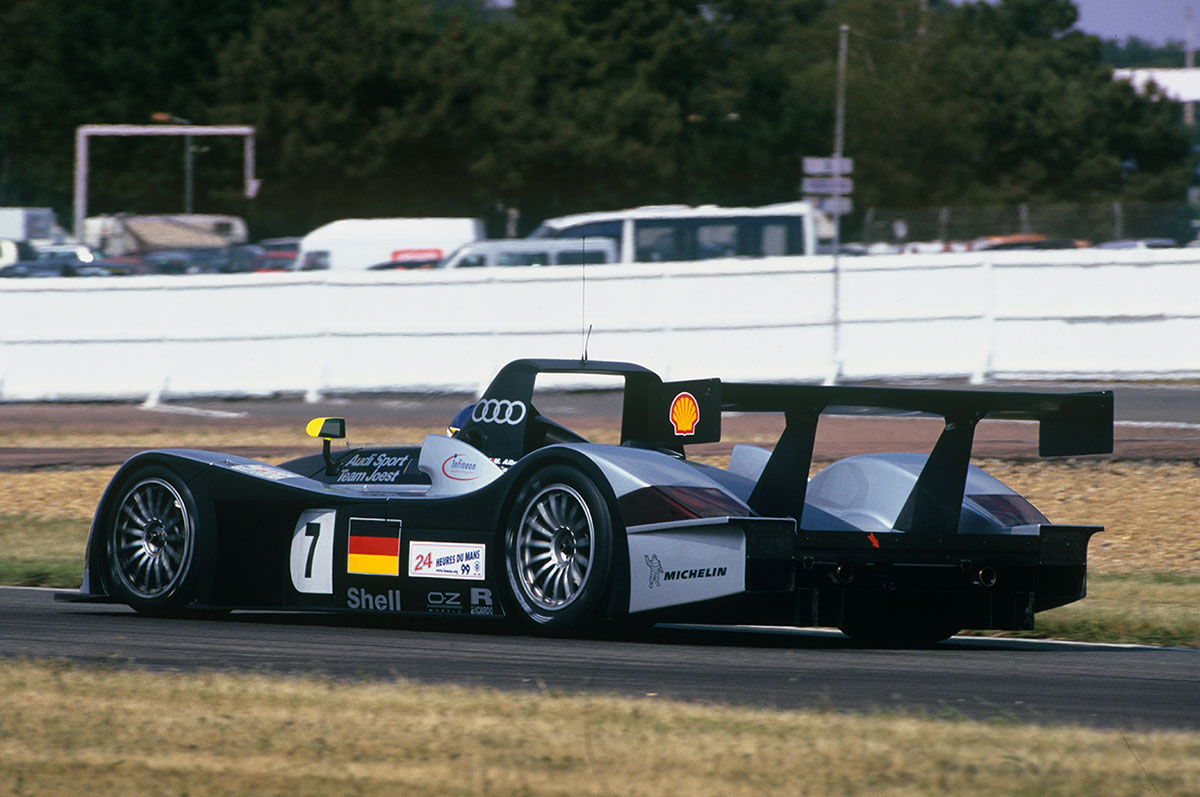 Audi makes its mark – Third and fourth place for the new Joest Racing-run Audi R8R on its debut. 1999 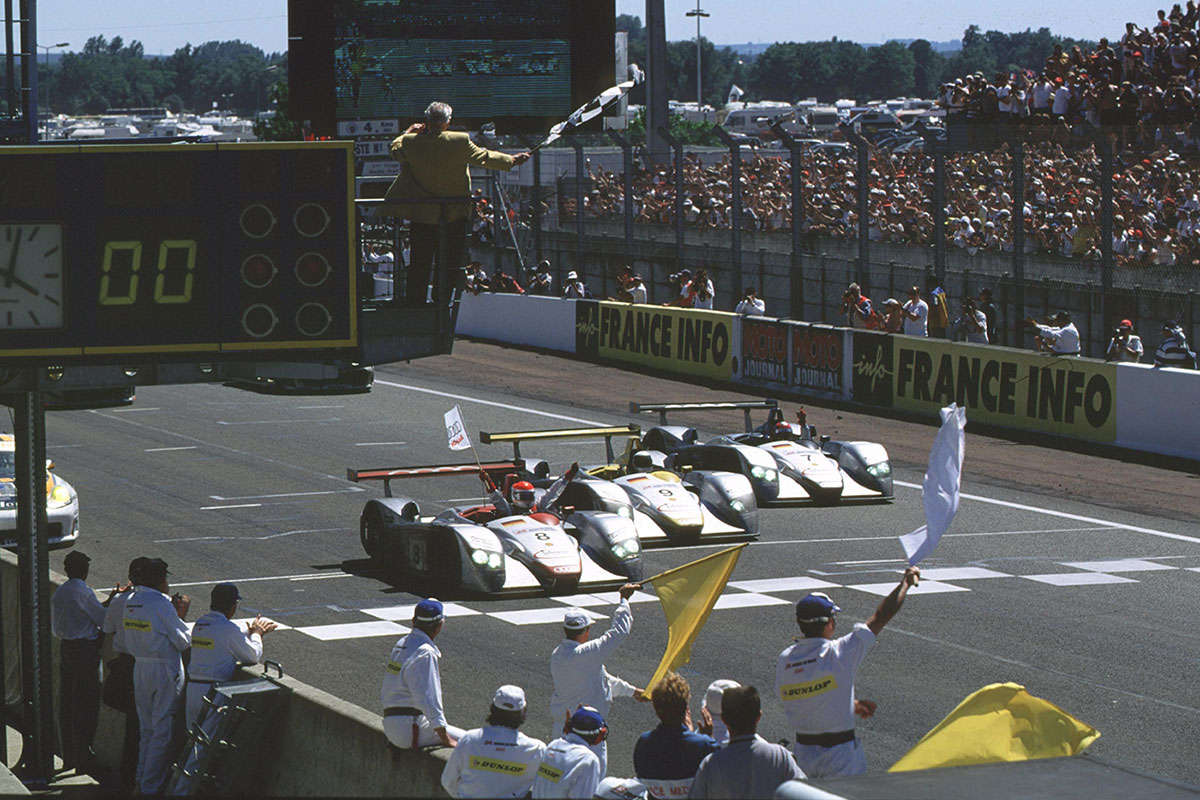 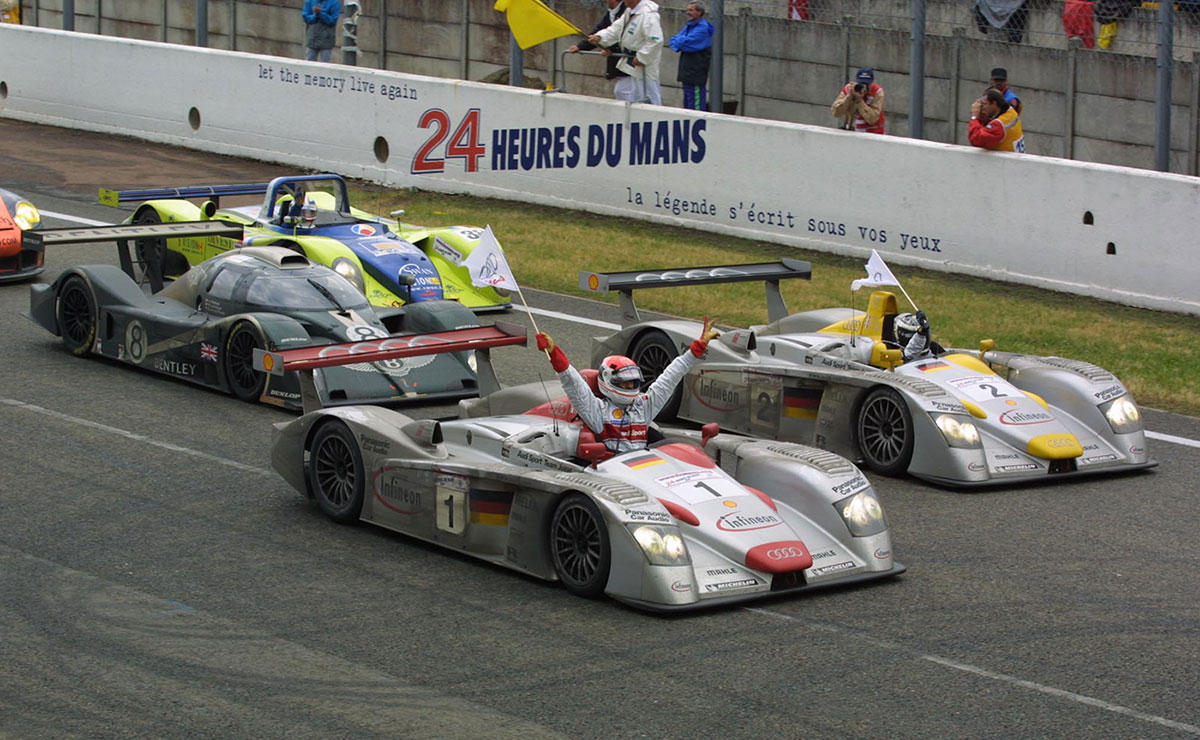 Audi beats Bentley – Beating a sister brand is nothing new… 2001 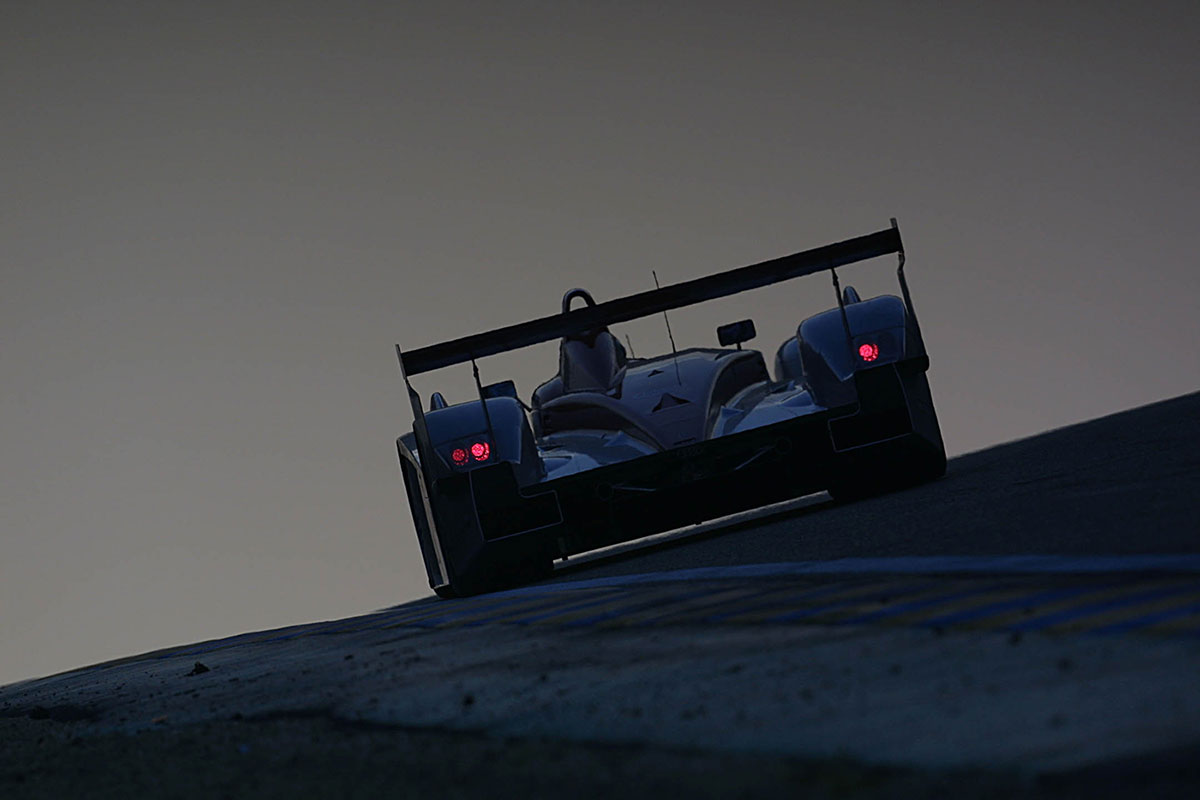 Déjà vu – Another 1-2-3 and another win for Emanuele Pirro, Tom Kristensen and Frank Biela, their third in a row. 2002 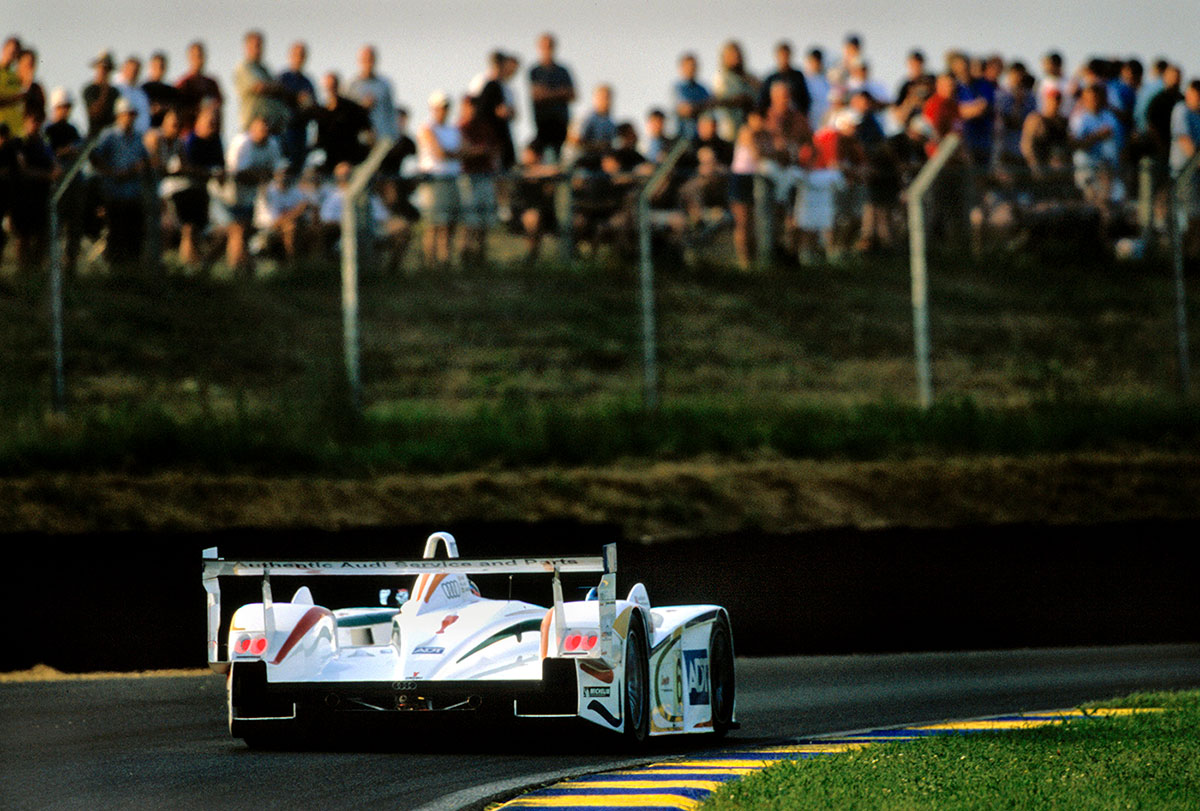 Beaten by Bentley – Audi manages only third as the works Bentleys, featuring Kristensen and Capello, claim a 1-2. 2003 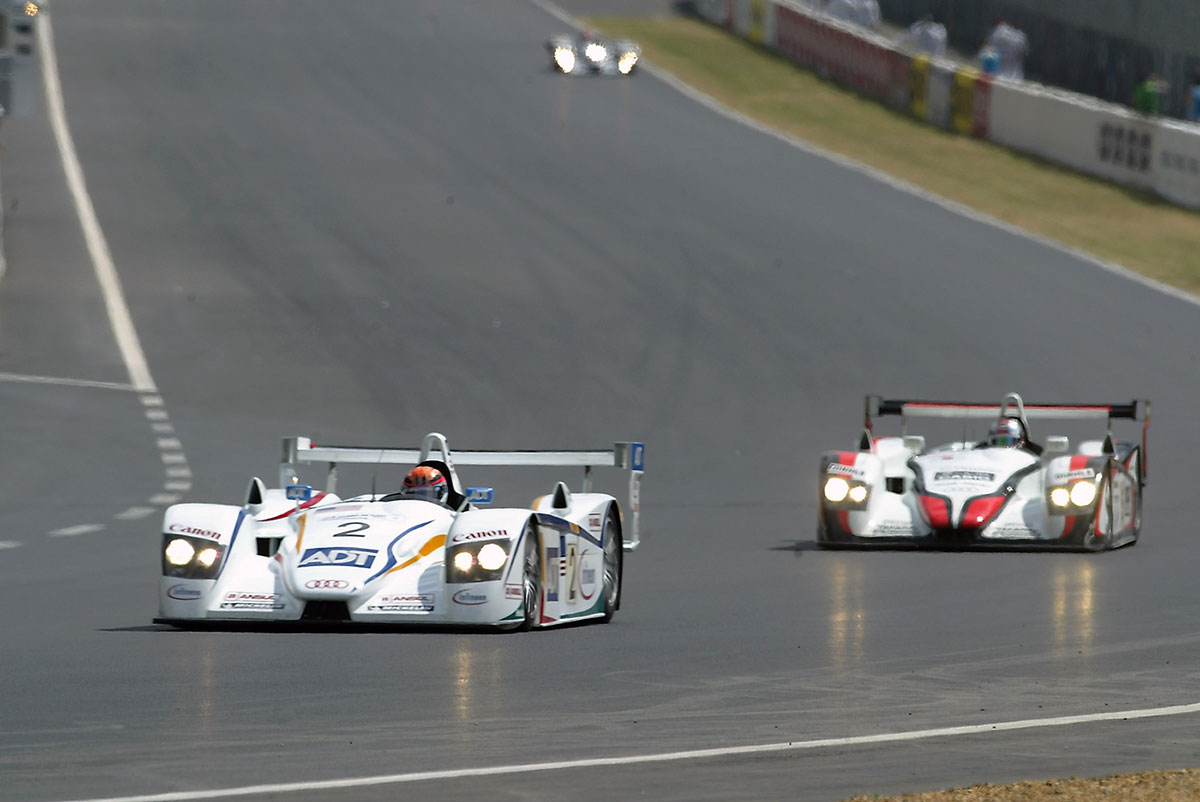 Back on top – Audi secures four of the first five placings with some star-studded trios. 2004 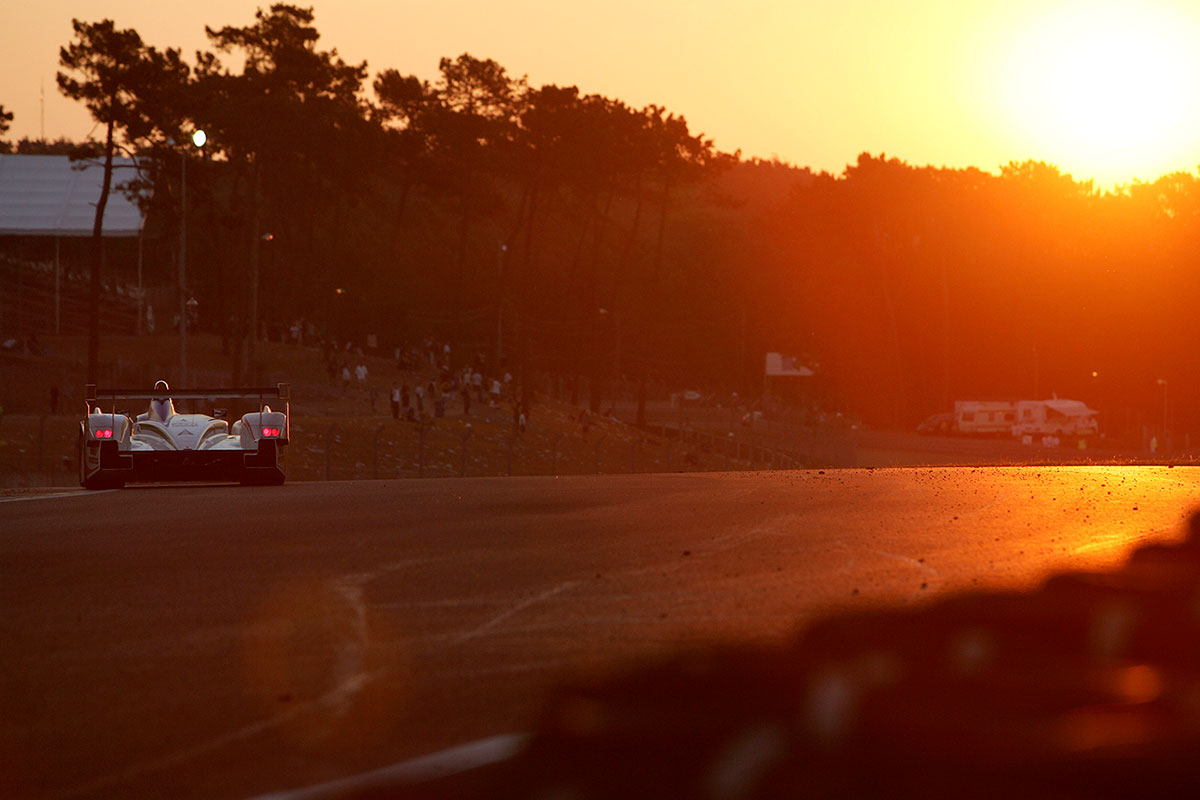 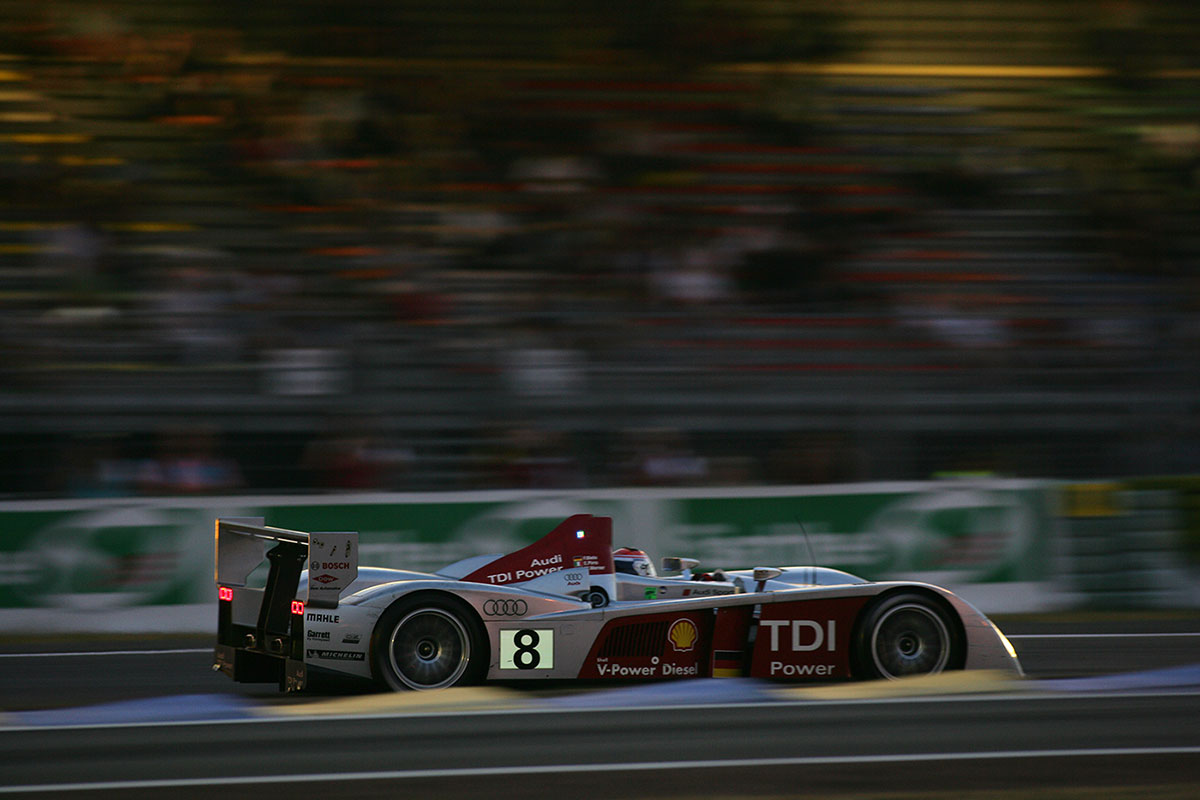 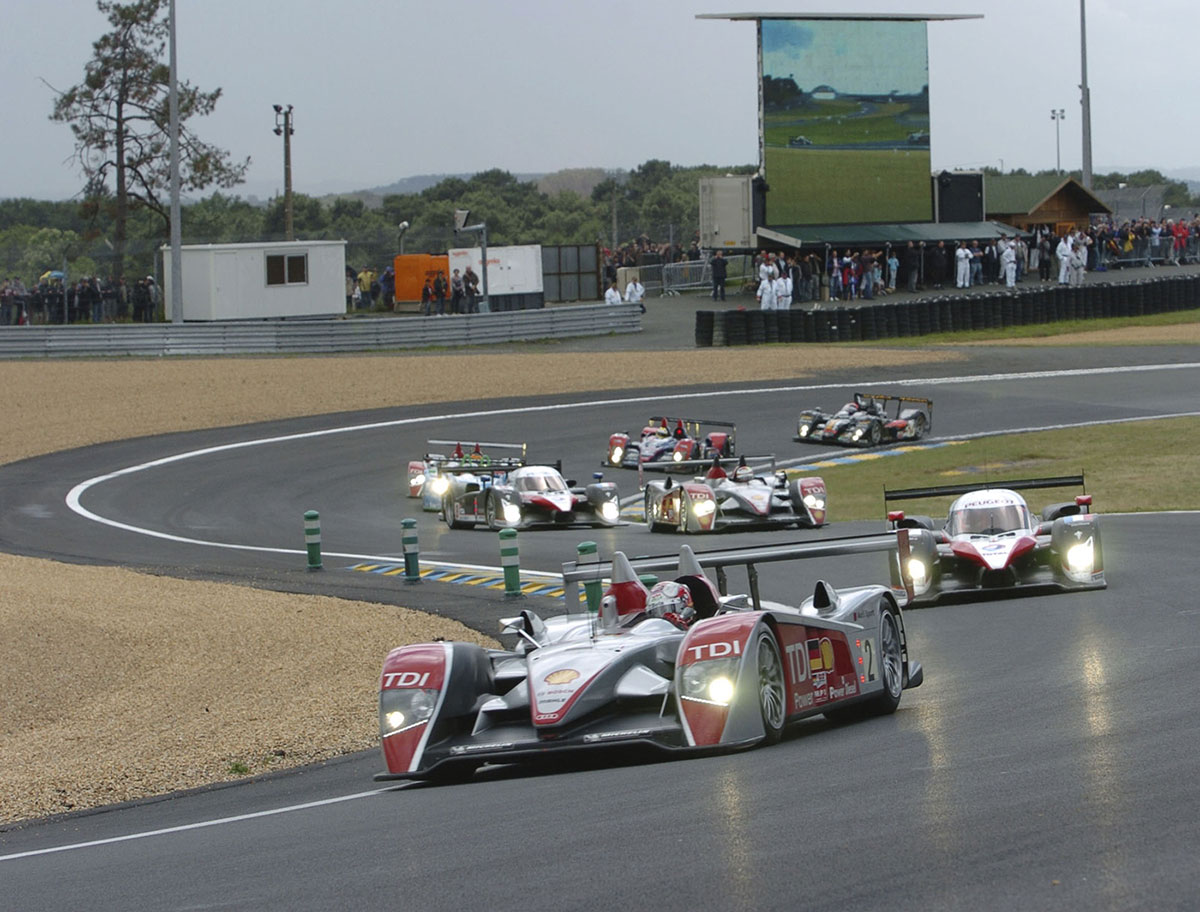 Back to back – Pirro, Biela and Werner win again to move Audi level with Jaguar on seven wins. Only one R10 finished… 2007 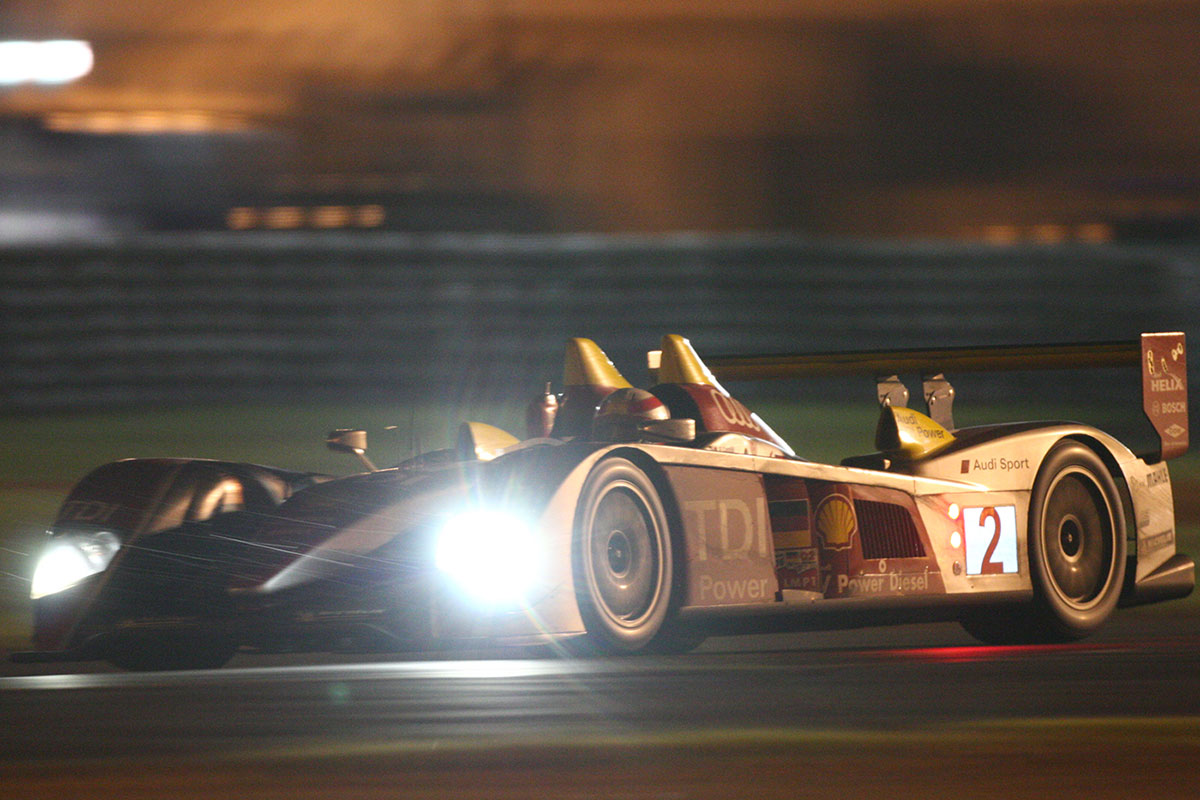 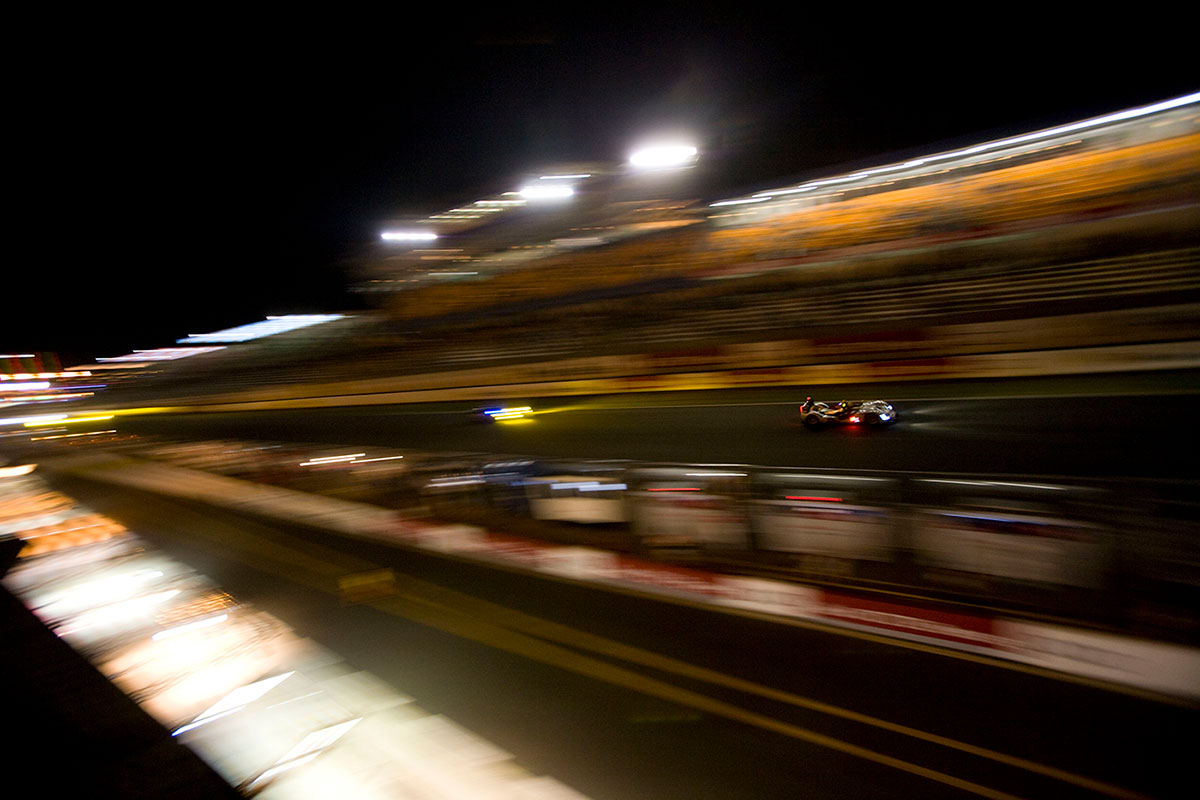 Defeat on R15 debut – Peugeot makes no mistake and the new R15 has no answer to the French pace. 2009 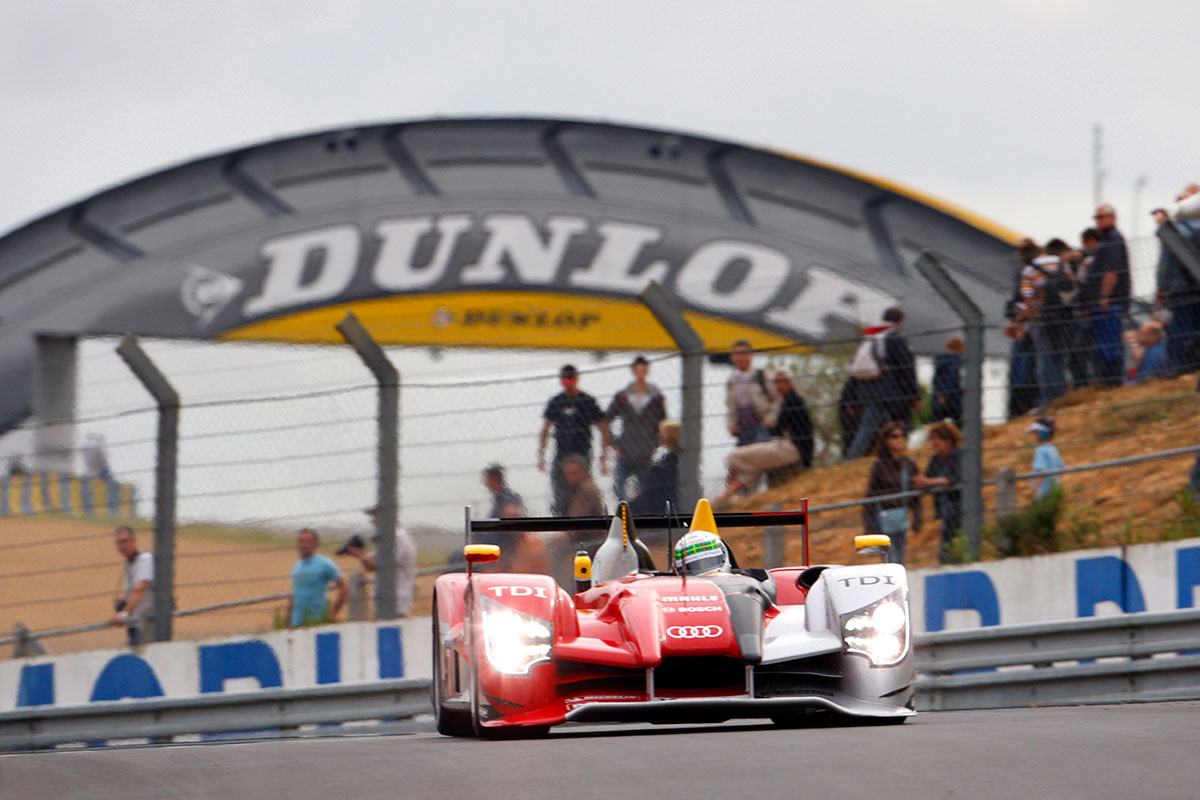 The toughest win – An unlikely 1-2-3 as the Peugeots hit strife, having had the pace to lock out the front two rows in qualifying. 2010 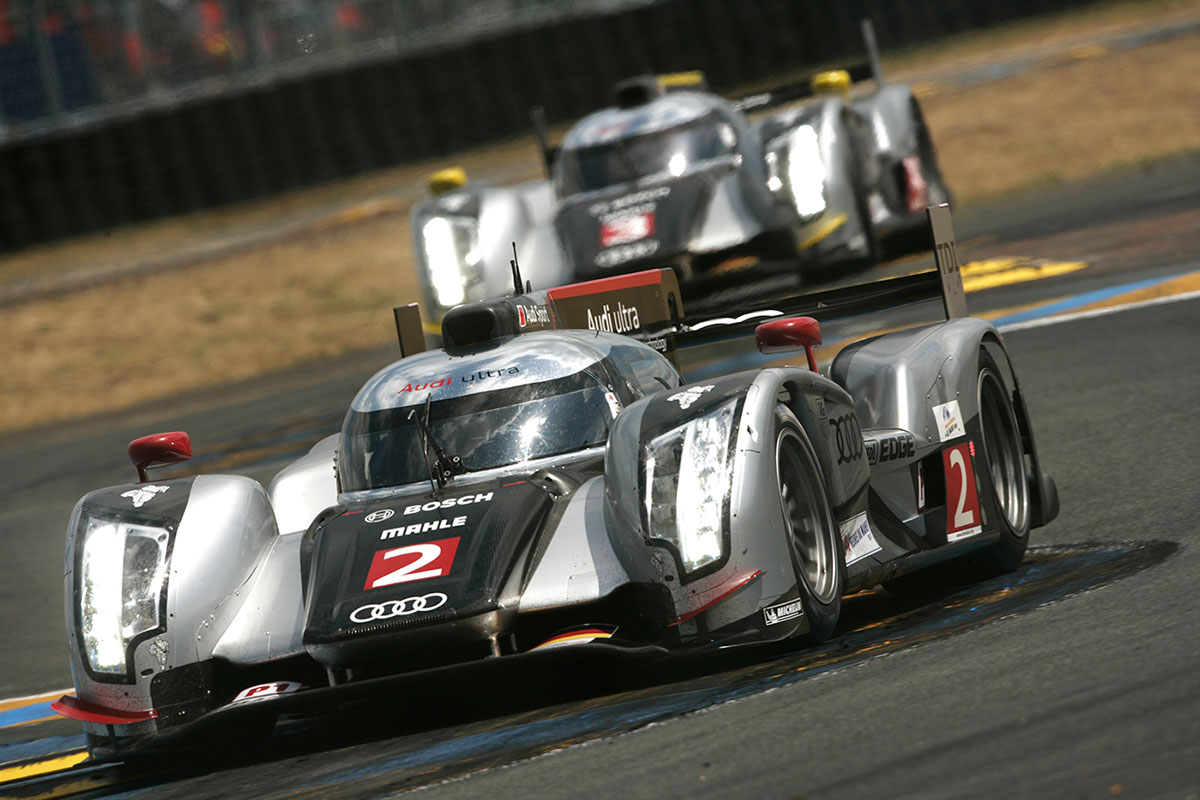 Just 14s – That was the gap between the victorious new Audi R18 of Andre Lotterer, Marcel Fässler and Benoît Tréluyer and the pursuing Peugeots at the flag. 2011 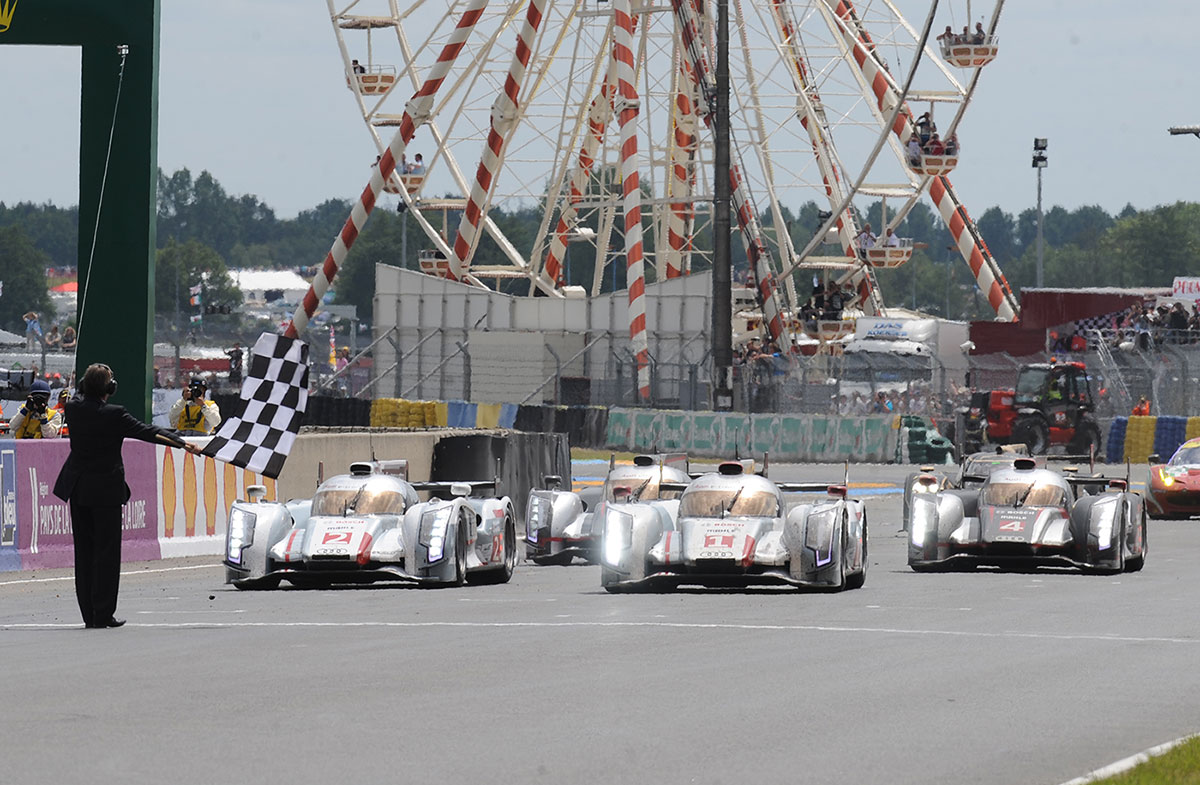 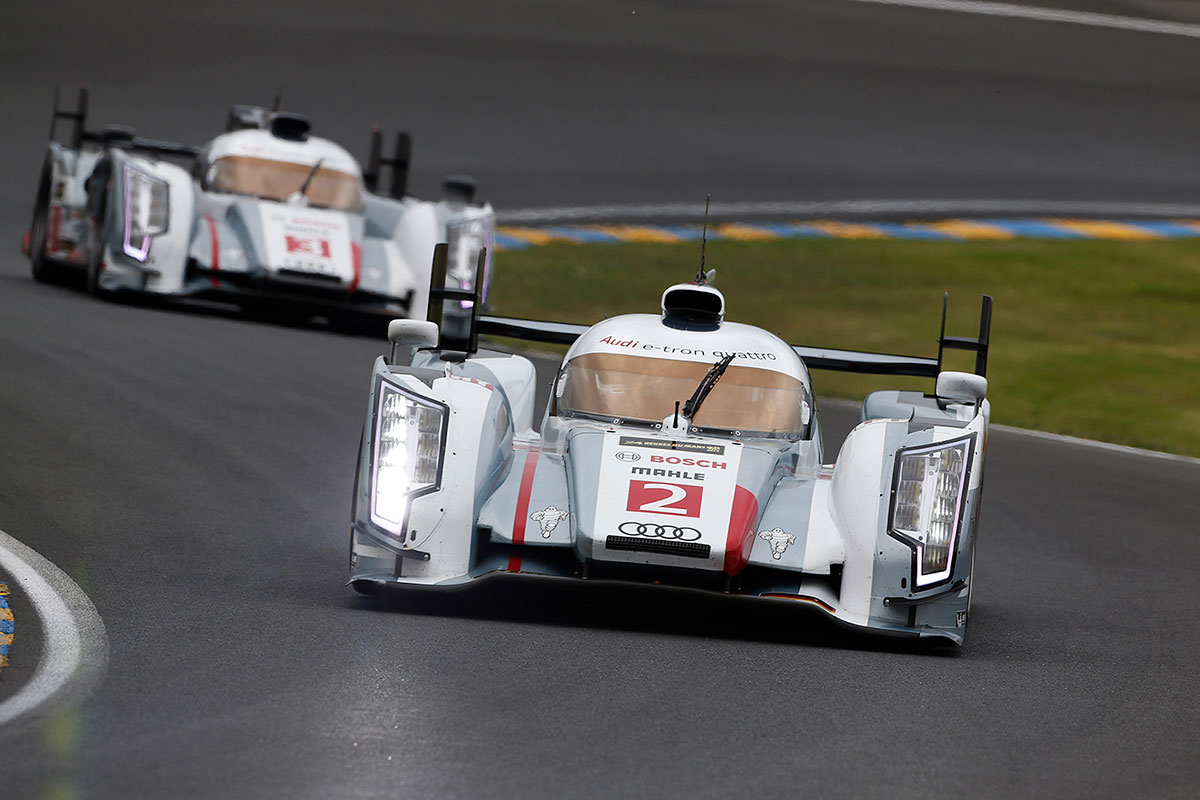 Nine for Mr Le Mans – Not even a late puncture could stop the faultless Kristensen, McNish and Loîc Duval. 2013 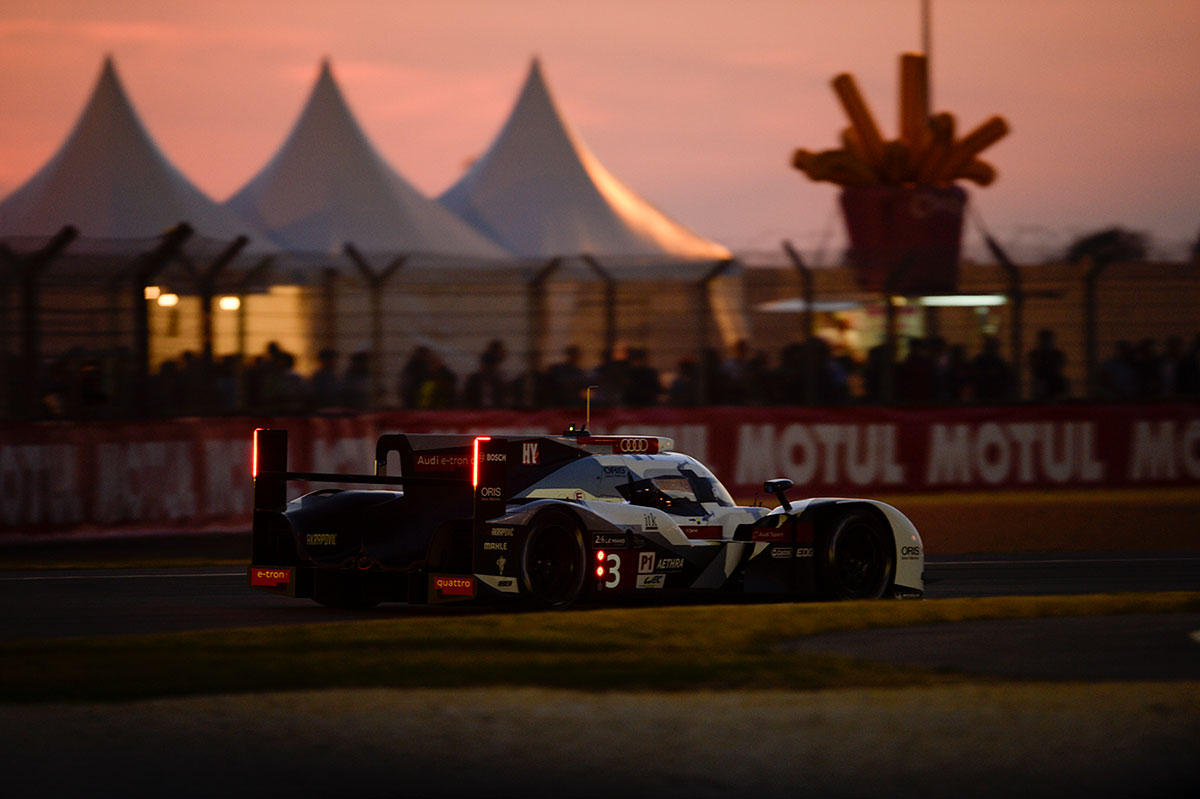 Trouble all round – An attritional affair, but Audi beats Toyota and new rivals Porsche. 2014 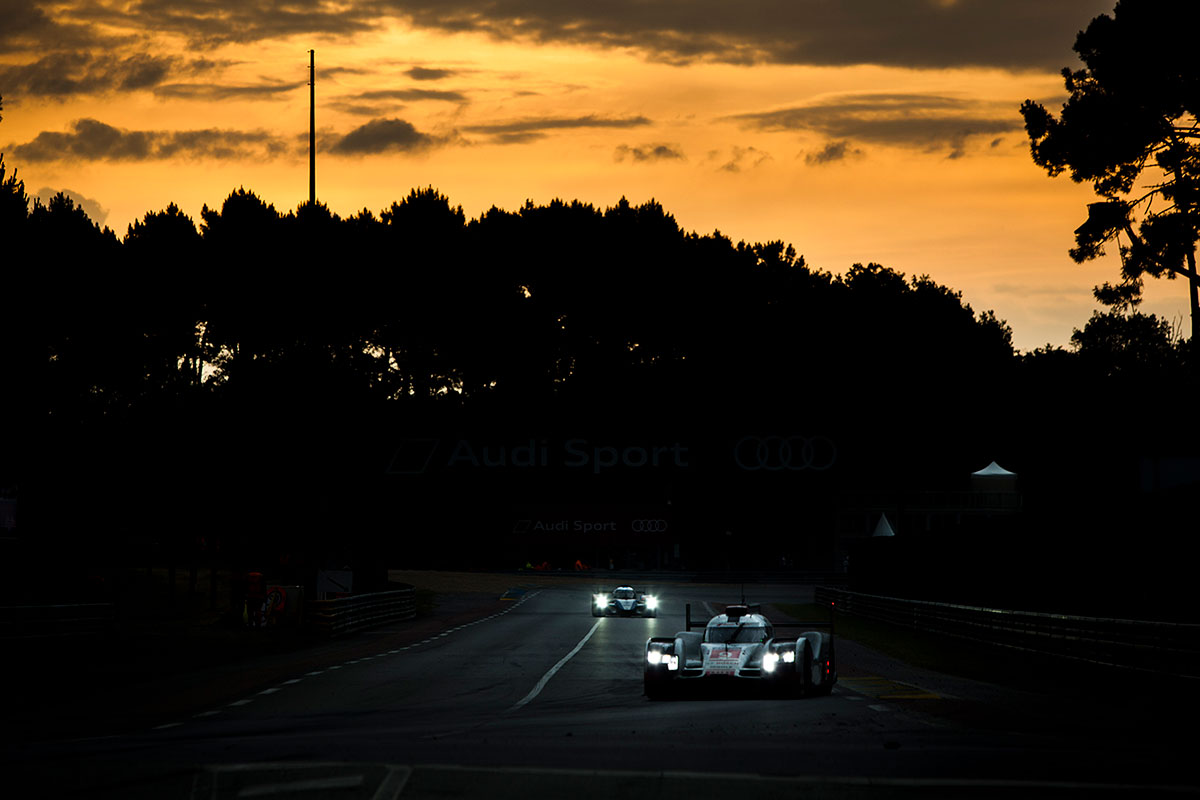 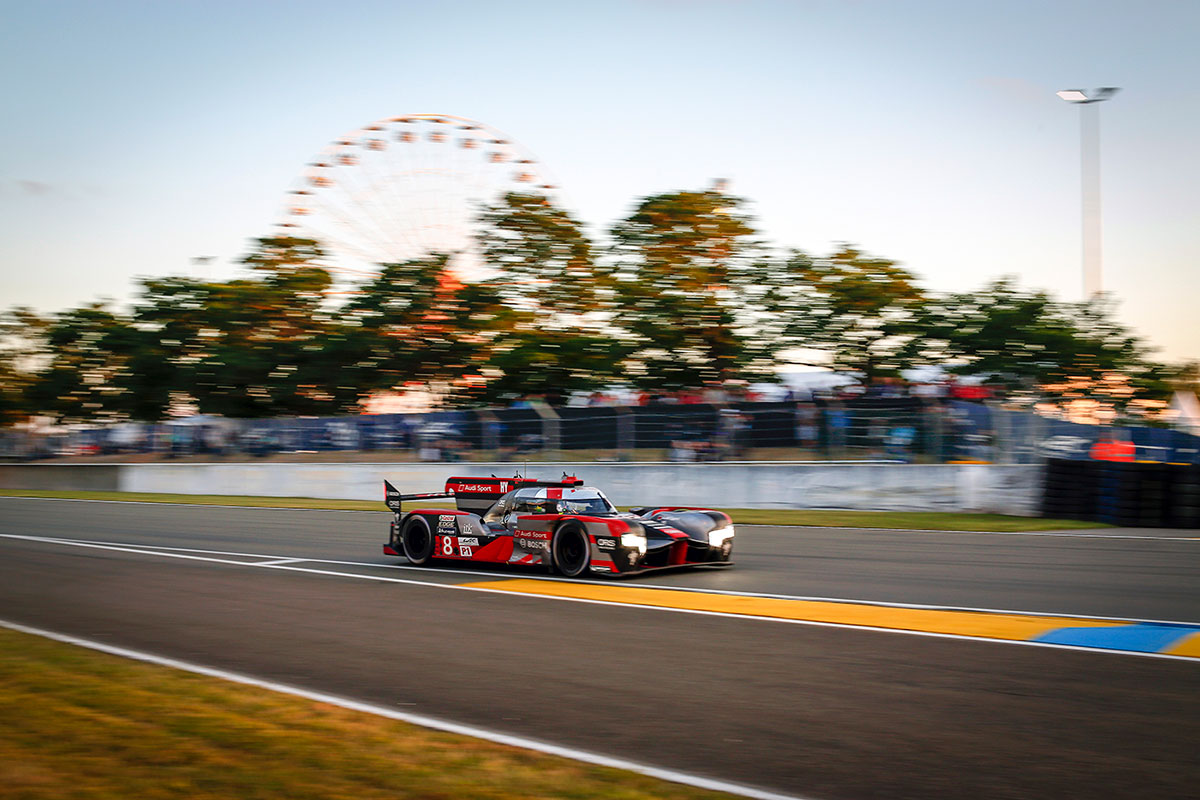 The last – Third best again, and on the podium only after Toyota broke down eight miles from the flag. 2016

You can buy any of these photos on the Photo Store.