Jenson Button has declared there will be “something wrong” if he isn’t in the Le Mans field in 2023, laying out his clear ambition to compete in the enduro classic in the future.

Since retiring from F1 in 2017, the ’09 World Champion has taken on an eclectic itinerary. He’s competed in the Super GT championship in Japan, claiming the 2018 GT500 title for Team Kunimitsu with team-mate Naoki Yamamoto and has since raced for his own Extreme E team, JBXE racing, as well as forming a British GT squad.

Speaking to Motor Sport during our digital live event ‘A Private Audience with Jenson Button‘, the 15-time grand prix winner believes that with the incoming proliferation of Hypercar class entrants – and therefore more available seats – he sees no reason in not taking on the ‘Mount Everest’ of endurance events once more.

After competing part-time in the World Endurance Championship for the Russian SMP squad in 2018, Button also spoke about the unique challenge presented by driving LMP1 cars on some of the world’s most challenging circuits.

“I raced at Le Mans in the BR1 Dallara chassis – that was cool!” he enthused.

“The car had flipped four weeks prior to that at Spa-Francorchamps through Eau Rouge at almost 200mph, so I was a little scared but the team promised me that they’d made it right and we wouldn’t flip.

“Unfortunately, we couldn’t get within two car lengths of a car in front, because they were worried about it taking off. Which is interesting at 200mph down the Mulsanne Straight! 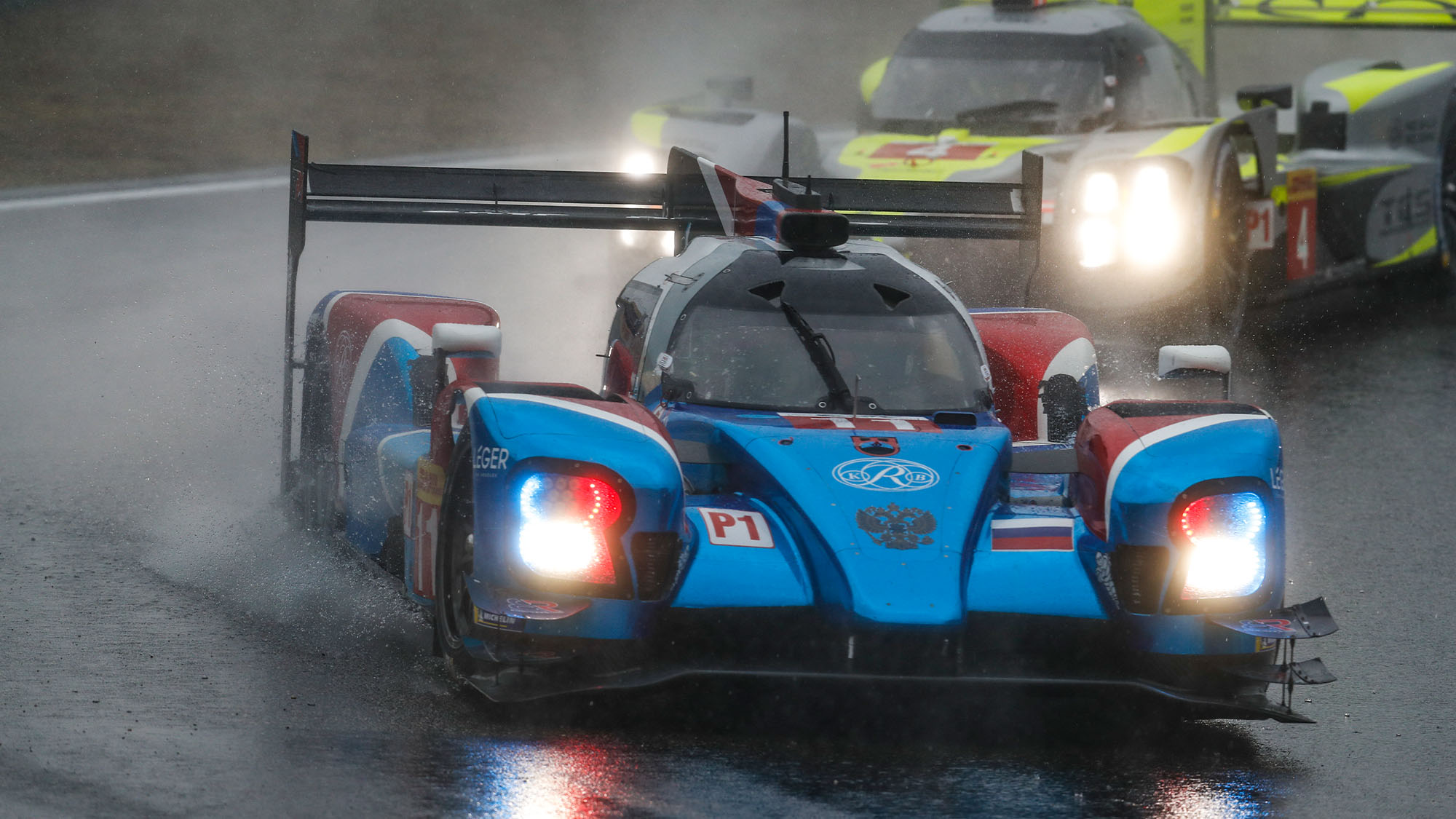 Button seen here en route to his one podium in WEC with SMP, at a soaking Shanghai

“But what a feeling, driving at midnight down the Mulsanne at 230mph, in a car where the windscreen is here (motions closely around himself) in the smallest cockpit ever.”

“Such an experience and we blew up with 45 minutes to go, which was the most painful thing ever.”

As well as having his own racing ambitions to fulfill, Button also wants his son Hendrix to witness what his father has become world-renowned for doing.

“I really want my son to see me race, and he’ll be four [by Le Mans 2023]. He probably won’t remember later in life, but I want him to see Daddy race in a race car.”