Jenson Button is targeting a return to the Le Mans 24 Hours in 2023 and admits he is already talking to manufacturers for the race’s historic 100th anniversary, when Ferrari, Audi and Porsche will take on Toyota, Peugeot, Glickenhaus and possibly more as the new Le Mans Hypercar era really kicks on apace. At 41, the 2009 Formula 1 World Champion insists he is far from done with life as a racing driver and is relishing the prospect of extending his illustrious career well into this decade.

It was good to see him at the recent Extreme E opener in Saudi Arabia. A late deal to become an owner/driver in the electric off-road series left Jenson and team-mate Mikaela Åhlin-Kottulinsky up against it in the desert, his JBXE team only getting its hands on the Odyssey 21 buggy for the first time on the Tuesday before the race weekend. No wonder it was all a bit of a struggle for the pair, but they will be much better prepared for round two in Senegal at the end of May. Naturally, throughout a tricky weekend for the 15-time grand prix winner, he remained his usual cheerful, relaxed and composed self. After all, at this stage of his life Button has nothing left to prove.

But Le Mans, only for the second time – and at the age of 43? That would really test him.

“I need to do something else as well as Extreme E,” he said when we chatted on the St Helena ‘roving paddock’ before the Saudi weekend. “I need to do some circuit racing as well. My dream is to race at Le Mans in 2023. The race is the best it’s ever been, probably. I remember talking about Le Mans 10 years ago actually, and how special it was. We had three manufacturers racing in LMP1, and then it massively declined very quickly. But it’s on the up again. It’s unbelievable: there’s going to be seven or eight manufacturers in LMH/LMDh. That’s the only thing [having two classes racing in parallel]. There’s slight confusion in categories.” 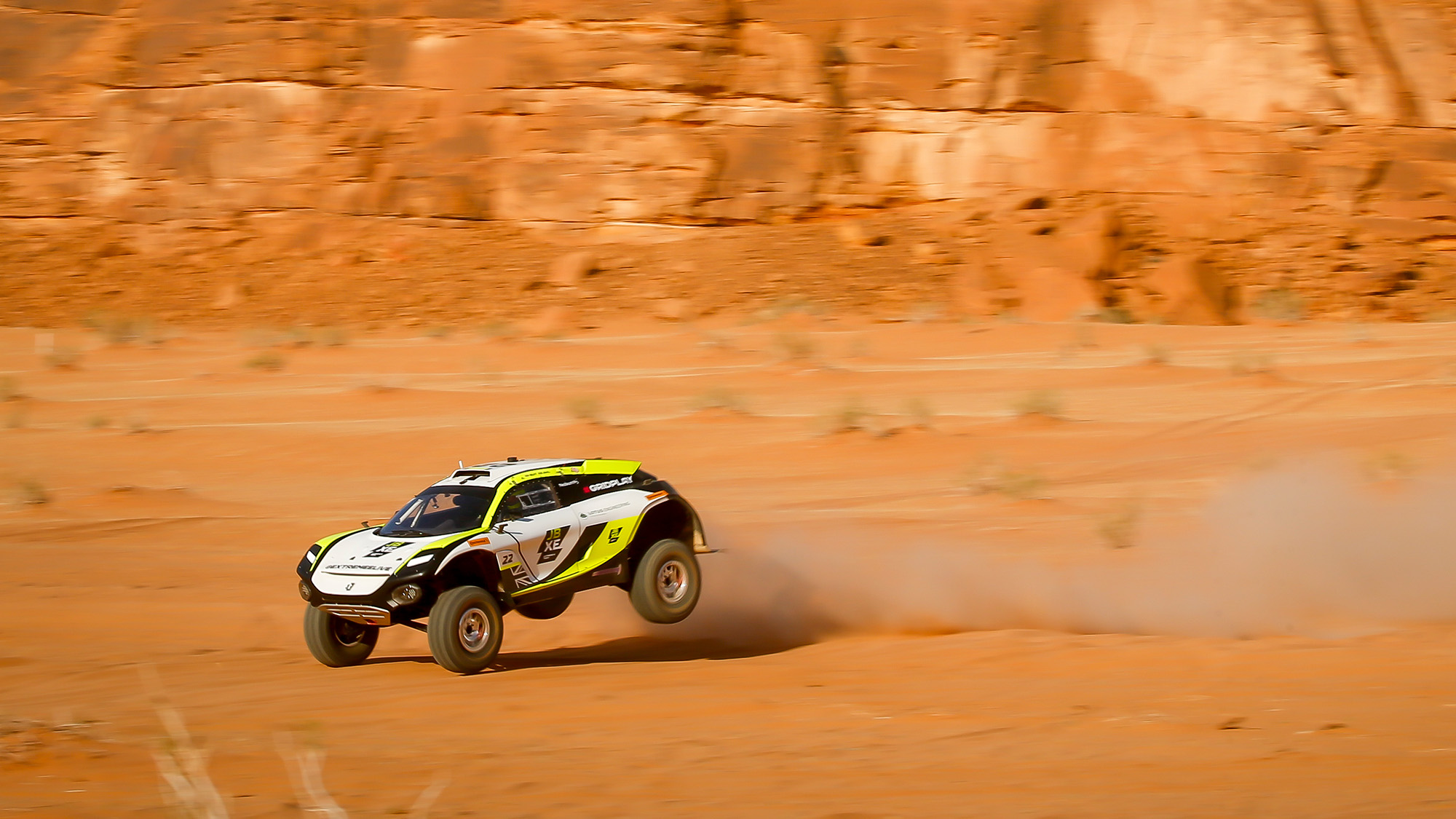 Environmental focus for Extreme E series that Button is racing in

So are you talking to people now, I asked? “Yes. For me it’s important not to just get in a car. I did Le Mans in 2018 [a BR Engineering LMP1] for the experience and I loved it, but still it wasn’t my car. I want to develop a car and that’s my strength.”

We can take from those words that he’s not taking this ambition lightly. Having experienced Le Mans with a relatively small team, Button won’t underestimate the challenge – but refuses to see his age as a barrier. He is, after all, still in fantastic shape and remains a committed fitness fanatic.

“I’ve spoken to a couple of people and they think it’s the perfect age,” he says. “Mid to late-30s, mid to late-40s is the best time for an endurance driver because you’re not there to prove anything. You’re there to develop the car. You’re going to be quick but also you’ve had the experience. A lot of guys that get into it that are young have something to prove for their future.”

Button would be an asset to any manufacturer, but can the age factor be dismissed so easily, even if he has the body of a driver half his age? Le Mans has moved on a step or eight since the 1990s when the likes of Bob Wollek could still command works drives deep into his 50s. Endurance racing has a sprint mentality today, even over 24 hours, and high levels of downforce take their toll on bodies, at whatever age. 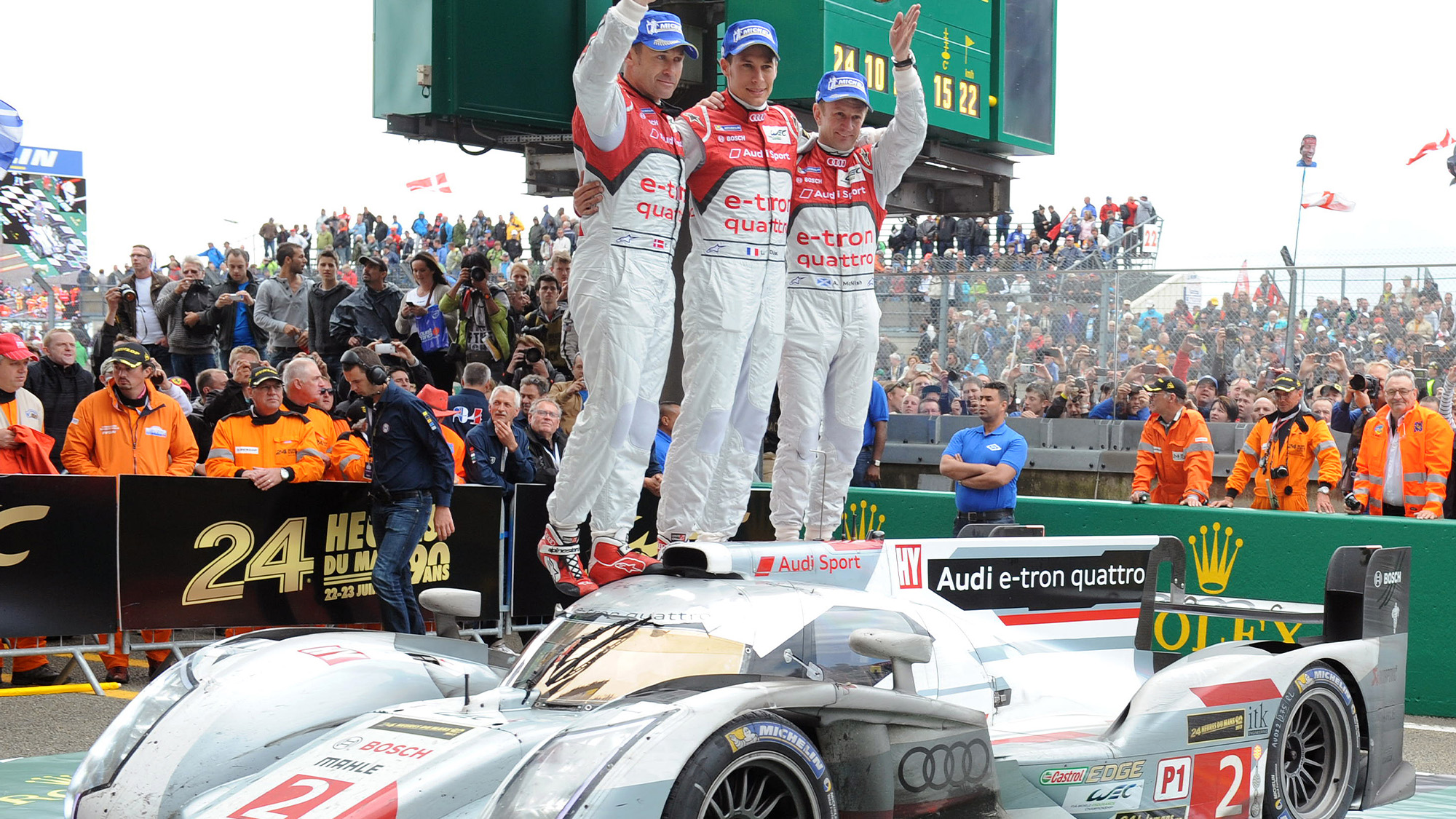 Tom Kristensen and Allan McNish – the last Le Mans winners in their 40s, flank Loïc Duval after their 2013 victory

The last drivers to win Le Mans in their 40s were Tom Kristensen and Allan McNish, who were 44 and 43 respectively when they shared the winning Audi R18 with Loïc Duval eight years ago, in 2013. A lot of water has passed under the sports car racing bridges since then and the long game today is attracting more drivers at early stages of their careers.

Kristensen, McNish and Duval also won the World Endurance Championship that season, so the vets could clearly still hold their own. But McNish wisely chose that landmark success as the moment to stop, with Kristensen following him into retirement a year later. Both paid heed to signs that the time was right. 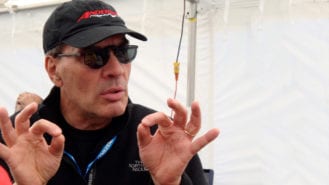 Dominique Bastien will become the oldest driver to race in the Le Mans 24 Hours this weekend. The 74-year-old tells James Elson that he's not there to make up the numbers

About six weeks before he announced enough was enough, I recall asking McNish what it’s like racing into your 40s, the day after he’d won the Austin 6 Hours. “There are two things that are the limiting factor in a driver’s career,” he replied. “One of them is the physical side – are you fit enough? Are your eyes good enough? And the other one is do you have the passion to be able to do it, to be able to keep up with the guys coming through?”

Eyesight is a big one for drivers at this age. It’s not so much about becoming short- or long-sighted, more a question of losing an edge on definition, especially in the dark. No amount of fitness can account for the natural process of ageing.

McNish surprised me by lifting his shirt and showing me his back, which had plastic strips taped up one side to soothe the after-effects of high downforce – “standard stuff”, as he put it. He then surprised me further by opening his mouth wide and showing me his teeth. “Because of the g force we experience, our jaws twist,” he told me. “You clench your teeth naturally when you’re going through a fast corner and you hold your breath. You brace yourself into it, and your lungs and stomach are getting squashed into the side of your ribcage. If you’ve got a slight difference in your molars and they’re offset top and bottom, and you’re clenching… I’ve had mine reset a few times.” 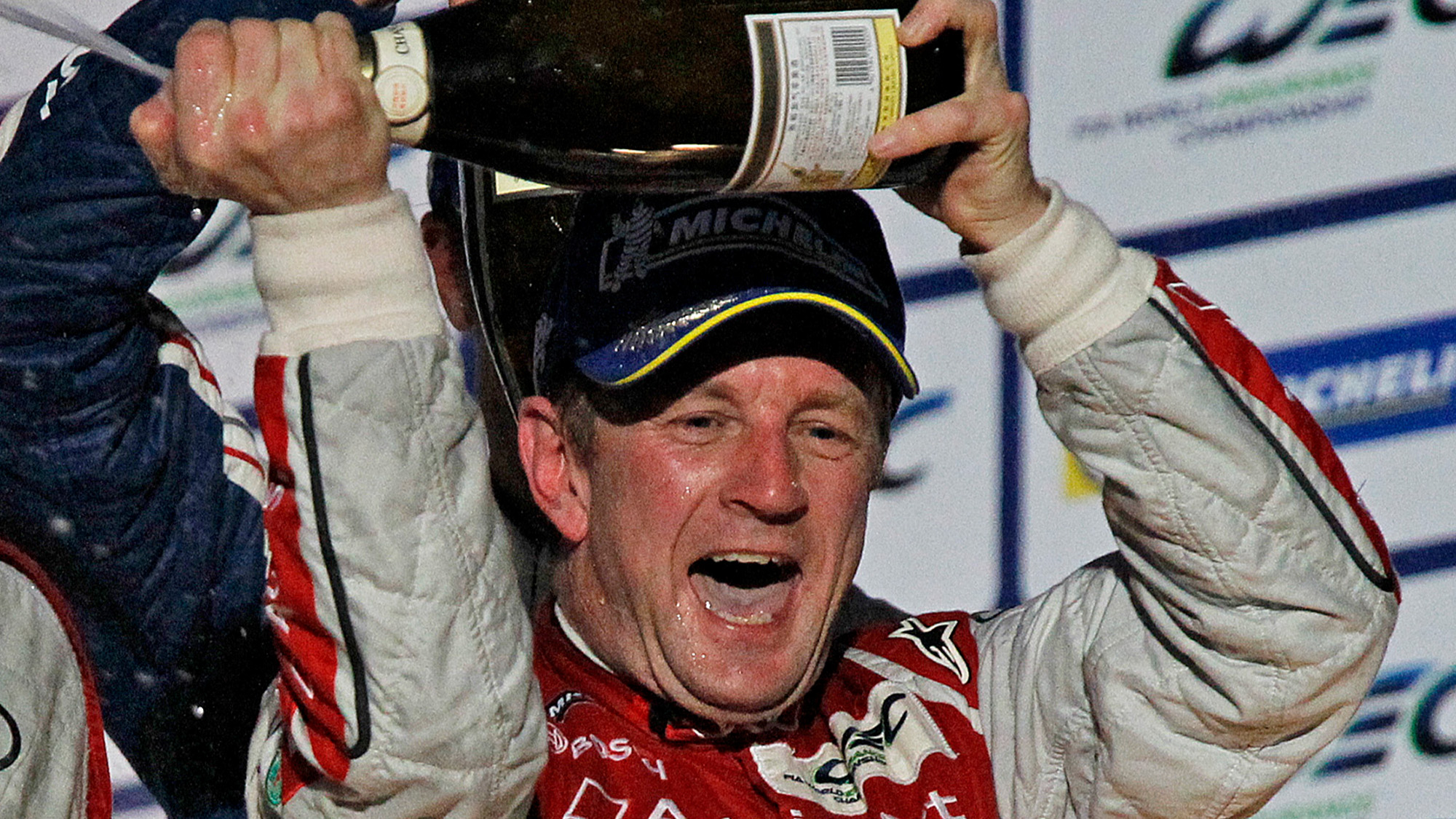 Champagne is bad for your teeth: blistering pace set by McNish led to regular dentist visits 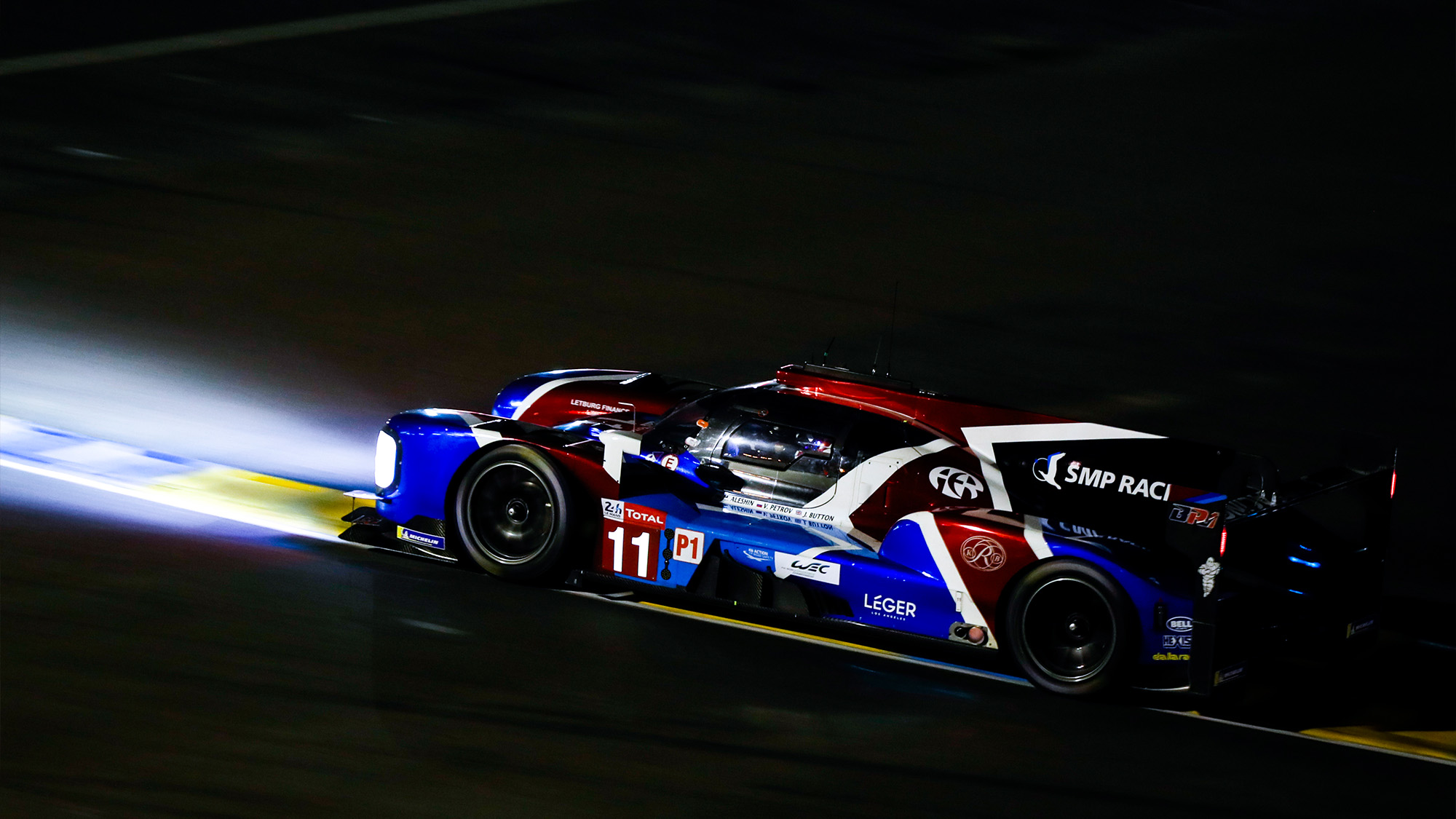 Racing at a premier level has all sorts of consequences that are not always obvious to us ‘civilians’. Button won’t be able to avoid aching a little more than he did 10 years ago, if he does get his bum into one of the new LMH cars. But he’s not alone in pushing on through his 40s. Sebastien Bourdais recently clinched his second Sebring 12 Hours victory at the age of 42 and looks all set to give AJ Foyt’s Indycar team a new lease of life this season. If the Frenchman can win the Indianapolis 500 in May, admittedly a longshot against the stars at Penske, Chip Ganassi Racing and so on, he would become the oldest driver to do so since 1987, when Al Unser Sr set the highest mark at The Brickyard – at 47.

Then there’s Button’s old F1 rival Juan Pablo Montoya, who took his Williams drive way back in 2001. The Colombian, IMSA champion in 2019, is running a full WEC campaign this year with DragonSpeed in LMP2 and is bidding for a third Indy 500 win with Arrow McLaren SP – all at the age of 45. He also seems to have one eye on an overall Le Mans win, which would undercut Fernando Alonso and win him motor racing’s unofficial triple crown of victories at Monaco, Indy and Le Mans. Age, apparently, really is no longer a barrier. 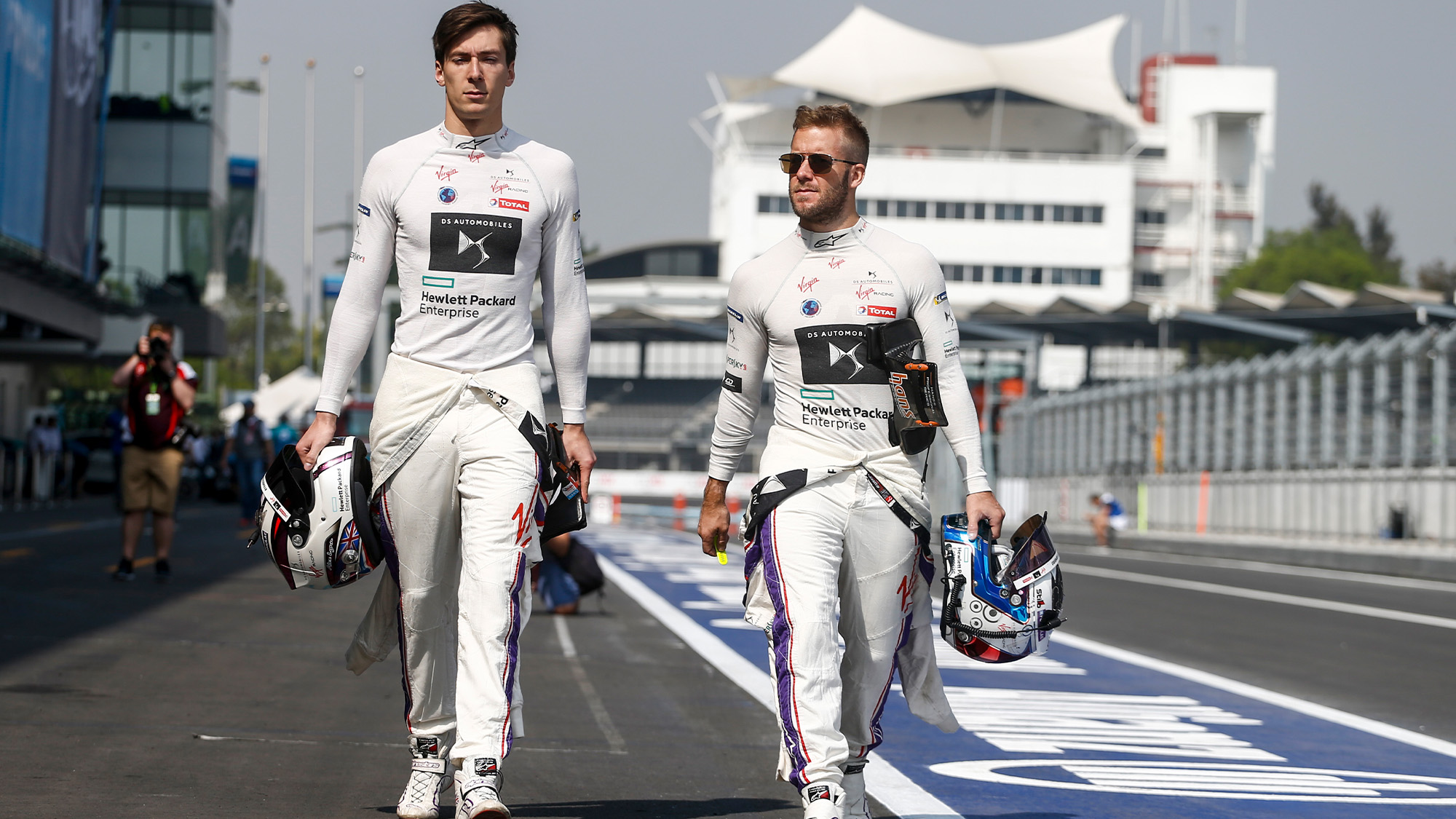 But if you were the director of a Le Mans programme, who would you sign: an ageing ex-F1 hero with bags of experience and a clear passion still burning bright – or a driver in his early 30s who also knows their way around endurance racing, perhaps also races in Formula E, and is smack bang in their prime? I’m thinking Alex Lynn, Sam Bird, Oliver Rowland, Alexander Sims, then also Harry Tincknell, Oliver Jarvis, Nick Tandy, Phil Hanson… and these are just members of the talented British contingent. There’s not an easy answer. 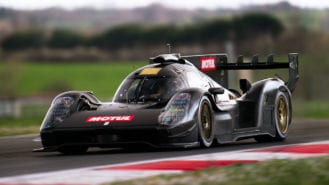 “Le Mans is unbelievably exciting, for motor sport as a whole,” added Button on the St Helena. “There are also a couple of hydrogen cars that could be running, which is good, out of the experimental Garage 56.”

Mentioning such projects left me wondering whether that is what he has most in mind, giving his new interest, through Extreme E, in sustainability. But if he really wants a plum drive in LMH/LMDh, he and his fellow vets will have their work cut out just to win a seat.

Of course, it would be great to see class acts such as Button and Montoya back at Le Mans in 2023. But maintaining the passion, drive and even a high level of fitness will only carry you so far, no matter who you are. Time catches up with us all.