Ford recently announced a new ‘Heritage’ edition of its GT supercar, painted black and white in honour of the original 1964 GT40. And you might think it an odd car to celebrate given that at Le Mans that year its brand new car failed so badly in its sworn mission to beat Ferrari at its own game that two of its three entries were out before sundown, while the third barely made it past half distance.

Of course these were early cars and Le Mans was always likely to provide a steep learning curve, but even so, it’s not as if it was developed without considerable financial backing or that it was itself an exactly brand new design. In fact it was inspired, influenced by and, to a very great extent, based upon a car that had raced at Le Mans the year before. And this was a car built on a shoestring, driven to the circuit which still lasted until the early hours of Sunday morning. It was fast too and according to one of its drivers, it could and, indeed should have gone the distance.

I refer to the silent hero of the GT40 story, Eric Broadley’s Lola Mk6 GT. At the time Lola was a tiny company but Broadley was a genius engineer and highly competitive driver himself, just like his rival Colin Chapman. And the GT was something of a miracle machine. Really. It wasn’t the first mid-engined sports racing car as some have claimed – Porsche had been making those for a decade – but it was the first at least of which I am aware – that combined the inherently lightweight and compact dimensions of a mid-engined racing car with the power of a bloody great V8 motor, beating even Chapman’s brutal Lotus 30.

Eric drove it to the track – it broke down twice. He got there so late, scrutineering was over

What’s more it had a monocoque chassis where its rivals remained wedded to ageing spaceframe technology, and it carried its engine as a fully stressed member, three years before the technique came to Formula 1. After one steel prototype, for the two production cars that followed that monocoque would be made from aluminium too.

With independent suspension at each corner, a Ford Fairlane-derived 260 cu in V8 motor and a proprietary four speed Colotti dog box, the car was first shown at the London Racing Car Show in January of 1963. To Broadley it could scarcely have been more important: having been successful in Formula Junior racing but far less so in Formula 1, this was his chance to break into the big business world of sports car racing.

The car was to make its debut at Le Mans and was to be driven by two of Broadley’s protégés, David Hobbs and Richard Attwood. Hobbs, a year older than the 23 year old Attwood, had first raced at Le Mans the year before, winning his class with Frank Gardner in a Lotus Elite; but for Richard, it was his first visit to La Sarthe.

‘It was such an important race for Eric,’ he says today. ‘He bet everything on it but the race car was so late David and I were finishing it off in Bob Rushbrook’s garage when it was meant to be at Le Mans. In the end Eric told us to go without it so that at least we’d be ready when it turned up. Eric then drove it himself to the track – it broke down twice on the way – but when he got there he was so late scrutineering was over. But they were so impressed by this tiny little car with its big engine they agreed to let us race.’ 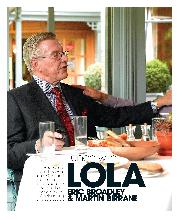 There are easier ways to make money than by building racing cars for sale. In fact, the major makers since the 1950s – the likes of Cooper, Lotus, Elva, Brabham,…

But without time to test and barely any spares, the car was never going to give a full account of itself. ‘It turns out we had completely the wrong gear ratios,’ Richard remembers with some estimates suggesting it was 30mph down on top speed as a result. ‘We had no different springs to try, no roll bars, nothing. We literally raced the car Eric drove into the circuit.’

Which, with a brand new, unproven design, with a big engine behind the driver and no time to set it up sounded like a recipe for a nightmare followed by a disaster; but that was not the case. ‘I don’t remember having any problems with it at all,’ says Richard. ‘It was quick, had excellent handling and I think with the right gearing we could have gone really well.’ Hobbs himself recalls doing the second fastest lap of the entire race in the middle of the night. But then at 5.00am the already troublesome Colotti box played up again and stuck David in the wall at the Esses and its race was run.

Richard: ‘The gears were changed by three cables, and they got muck in them and it started to become very difficult to change gear, so you had to be incredibly careful. But David missed a downshift going into the Esses and that was that.’

He remains rueful on the point to this day, not because it denied him a finish at his first Le Mans but ‘because at the time it seemed the future of the company rested on that car. Eric didn’t have any money and I felt responsible for bringing it home. A finish would have been amazing for Lola.’

As we know, happily it all turned out fine. Having seen it perform at Le Mans Ford was not blind to the potential of the little Lola. Additionally its own plans to build a Ferrari-beater were going nowhere fast. With no hope of its stated aim of being on the grid at Le Mans in 1964 being realised without finding a way of bridging the gap from where they were to where they needed to be the Lola’s appearance in France could not have been more timely. Ford bought both cars and employed Broadley to work with Roy Lunn who was already on the Dearborn payroll to use the technology – the monocoque, the V8, the Colotti box and so on and turn it into the GT40. Even the GT40’s most famous feature, doors cut deep into the roofline were a design not of Ford, but Lola.

Which is how a tiny English sports car built on microscopic budget sowed the seed from which the GT40 was grown and which would, in time change the course of sports car history. 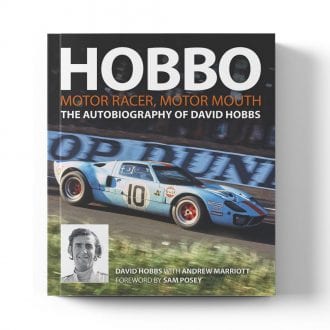