It’s 50 years since Ford celebrated its maiden Le Mans victory. As the factory prepares to return to the race for the first time since 1969, we look back at that ’66 victory and the men involved.

In the early 1960s Ford received word that Enzo Ferrari wanted to sell his eponymous car manufacturer. Ford and Ferrari started negotiations – with the former spending millions of dollars on audits – only for the latter to cut off proceedings at the 11th hour. It didn’t go down well. Henry Ford decided the best form of revenge was to beat Ferrari where it would hurt the most: in endurance racing.

After looking at Cooper and Lotus, Ford settled for Lola as a partner in its new venture. The Lola Mk6/GT was used as a base and the formation of Ford Advanced Vehicles Ltd followed in order to run the new project.

After a fruitless 1964 season due to a myriad of reliability problems the project was handed from John Wyer to Carroll Shelby. The result at Le Mans that year? Ferrari first, second and third. A victory in the 1965 Daytona 2000 in February was not a sign of things to come sadly – that year was another tough season and the result at Le Mans that year was yet another Ferrari one, two and three… It wasn’t until the 1966 Mk 2 that the project turned the corner with a clean sweep of the podium at the Daytona 24 Hours. Things look promising for that year’s Le Mans.

Ford came to Le Mans “in a much more organised manner” with eight seven-litre Mk2s. Henry Ford himself dropped the starting flag and Graham Hill and Dan Gurney led the pack in the opening stages. By midnight the order was Gurney/Grant, Miles/Hulme and Rodriguez/Ginther (Ford, Ford, Ferrari). Come 8am, however, the sole-surviving P3 Ferrari of Bandini and Guichet had a water leak in its engine and a slipping clutch. It finally came to a halt as the GT40 of Gurney and Grant was also struggling. It too retired leaving three GT40s in the first three places – McLaren/Amon, Miles/Hulme and then Bucknum/Hutcherson.

After losing the lead during the final pitstops McLaren was allowed by Miles to catch up for the photo finish. This he did and the cars crossed the line as close as possible, their headlights ablaze. The celebrations for Miles/Hulme were curtailed when the timekeepers announced that the Amon/McLaren car had actually won by virtue of starting further back on the grid and therefore travelling a larger distance. 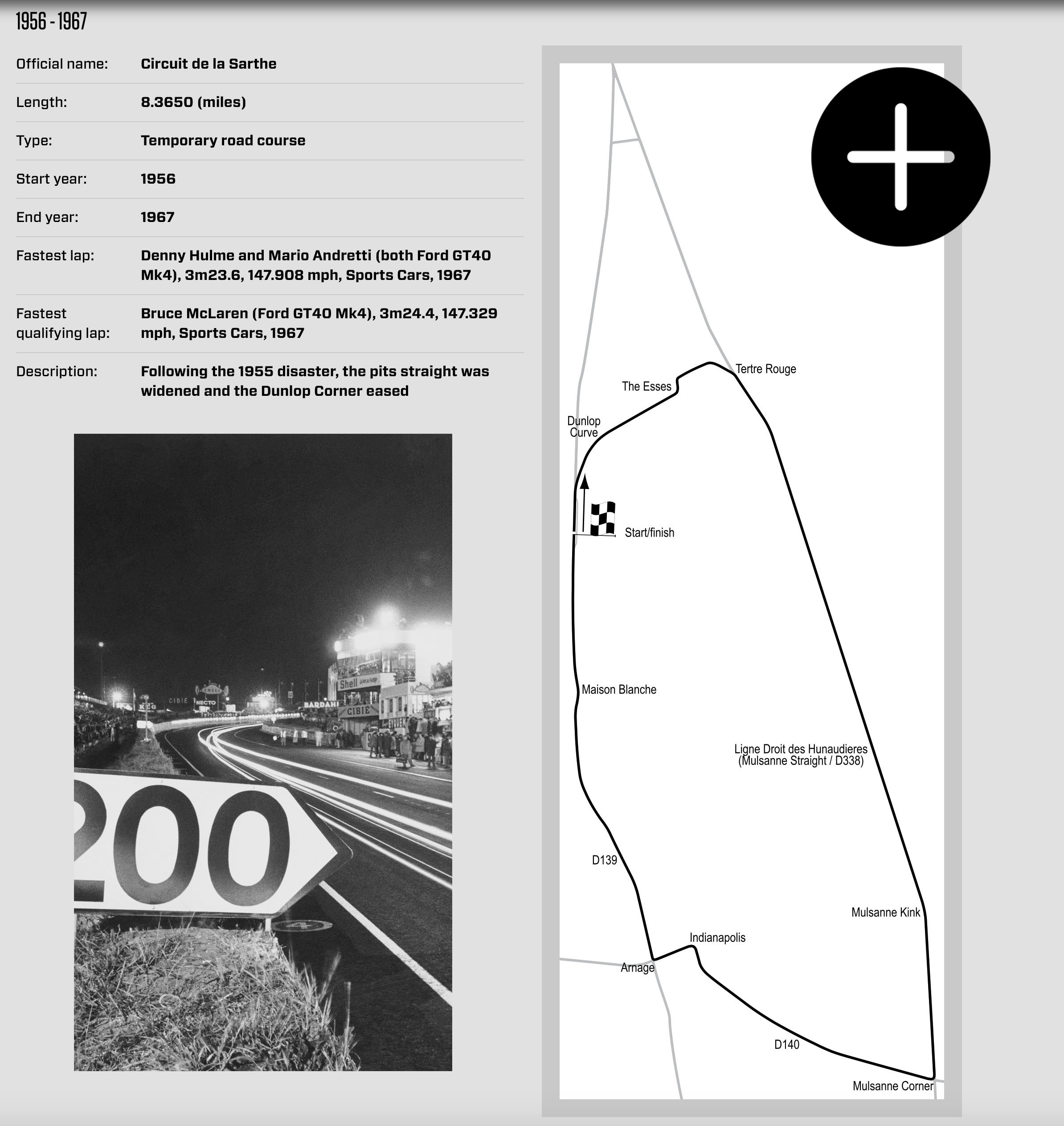 To buy any of the images above click here. 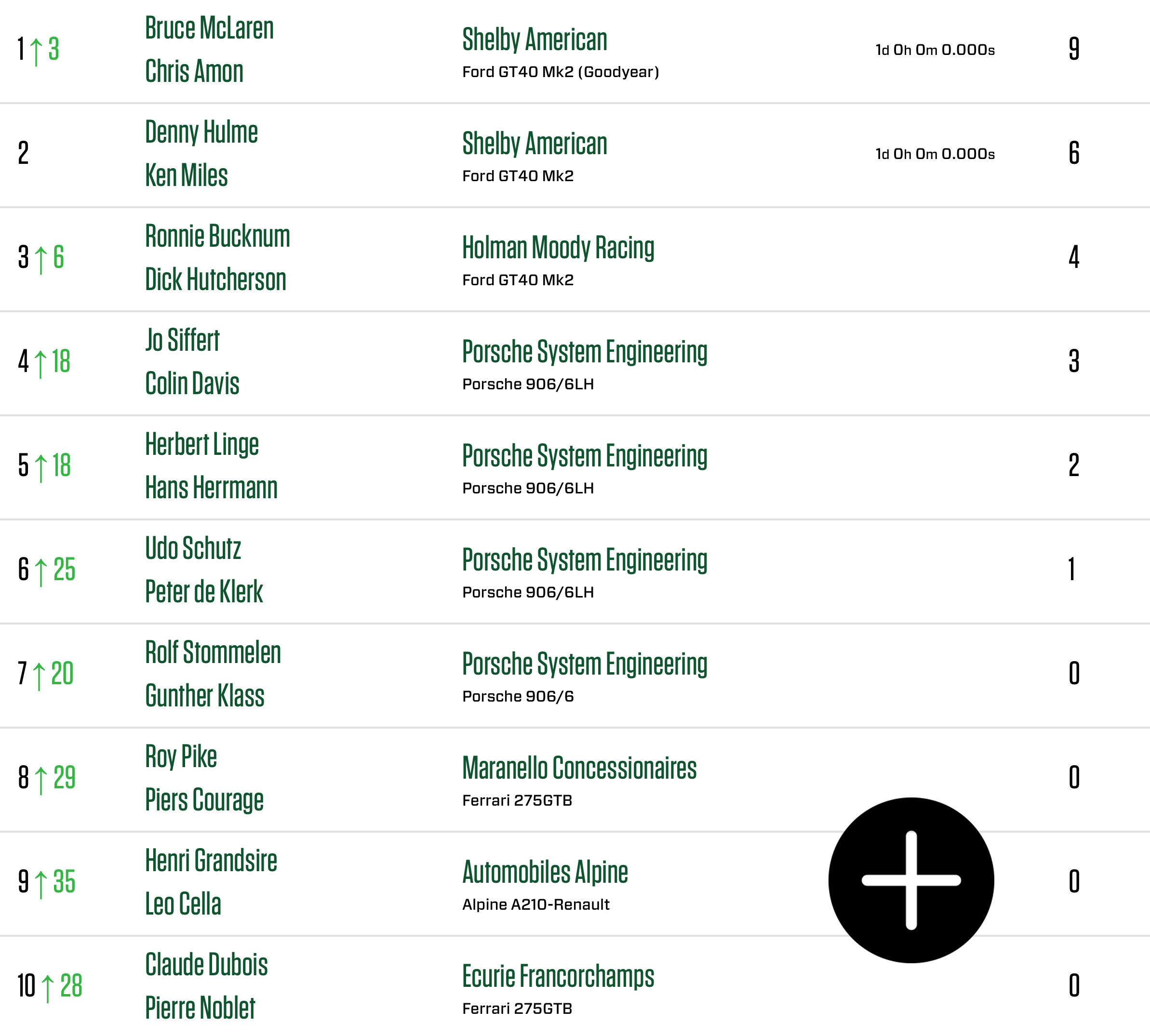 Want to know more? Then buy the latest edition of Motor Sport here.