“I love this place,” he grins as we look out over the pits towards the huge grandstand. “I’ve been coming here since 1970 and it’s still such an exhilarating place to be.” 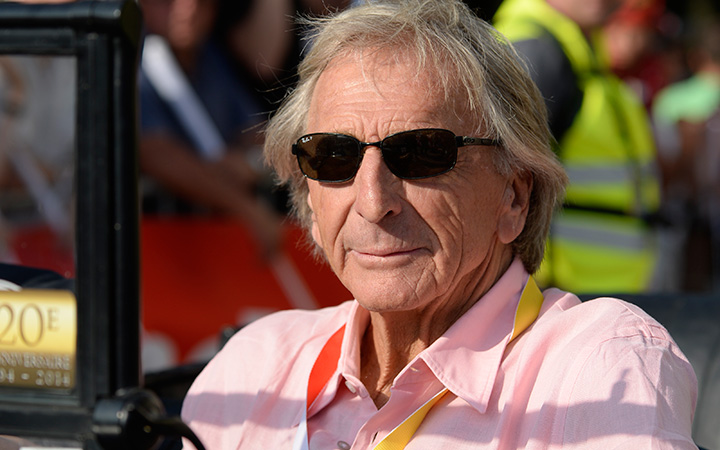 Derek Bell, five times a winner at Le Mans, keeps coming back, this time as a Bentley ambassador at the Le Mans Classic. DB was closely involved in Bentley’s Speed 8 development programme, leading to that famous victory in the summer of 2003. Back home in Florida he has a Bentley dealership and the previous weekend he’d driven a Continental GT at the Festival of Speed to celebrate 50 years in motor racing.

He wanted to visit the Le Mans museum, never had time before, and there he bumped into one of his old Porsche mechanics. Wherever he goes, he’s stopped in his tracks by fans, wellwishers and old friends. Derek will forever be associated with the 24 Hours, and rightly so. Bell and Ickx at La Sarthe is the stuff of legend, their partnership proving to be the perfect pairing; both fast, both consistent and both ready to attack when needed. 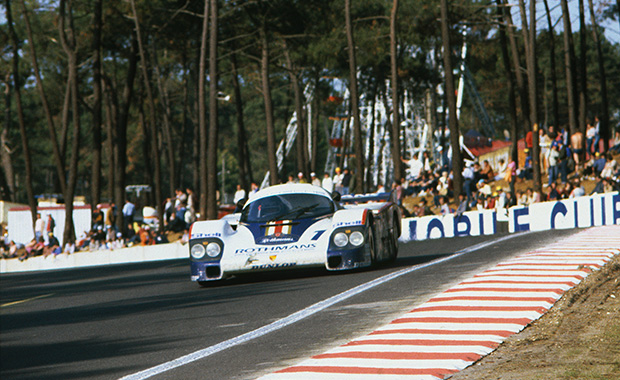 “Yeah, I know, we did work well together. We always felt we could win, but winning a 24-hour race is never easy. So much can go wrong despite all the planning and preparation. I never slept when I raced here. I took a rest and a massage, but I could never sleep.”

With Porsche at Le Mans

As guest of honour at a Bentley dinner, he’s never short of a tale or two, his enthusiasm and energy as full-on today as it was all those decades ago. Bell just loves the sport, the technique of race driving, and he still has that glint in his eye when he looks back at his exploits.

“Back in the day it was just so quick down the Mulsanne, I mean 240mph plus in the 917, no chicanes of course, and the cars were nothing like as safe as they are today. It required enormous concentration, especially in the rain, or at night when you come up to the slower cars. Sometimes you have to guess what they’re going to do, it’s a split second decision. One year it was so wet, you couldn’t really see where the track was going, so you’d glance up at the trees on each side, make sure you weren’t getting too close to the edge of the track.

“The big thing, of course, was to look after the car. I think I was good at that, and so was Jacky, and we had absolute trust in each other to bring the car home. We were different heights and builds, so at the stops we’d swap over the seat padding. That was a bit of a nuisance.” 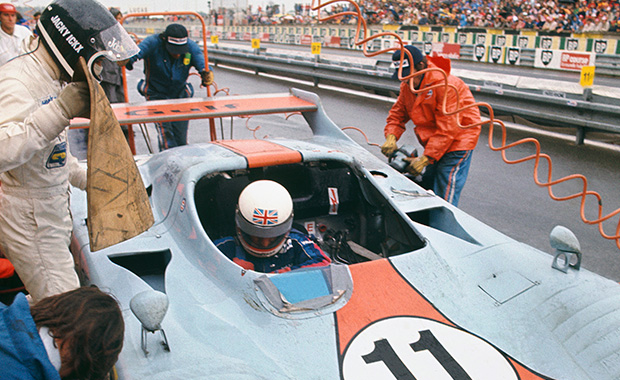 So why does he keep coming back? Does he still feel drawn to the place after all those years of pounding round in Ferraris, Porsches, Renaults, Mirages and McLarens?

“Well, I kept my house in Sussex when I moved to Florida, and I come back for Goodwood and Le Mans, and I enjoy the connections with Bentley, especially as they’re back racing again with the GT3 Continental. So, yes, I love coming back, I know so many people. But my one regret is that we didn’t win in the Harrods McLaren F1 GTR in 1995. We could have done it, we came so close, and it would just have been so fantastic to have won sharing with my son Justin and Andy Wallace. I did it again in ’96 in the McLaren but the previous year, with Justin, was what I’d always wanted to do, and I think it was time to call it a day after 26 years.”

Derek may have called it a day on the track but he remains as fit and bright-eyed as ever, globe-hopping around for the various sponsors who value his presence as one of the sports car greats. As recently as 2012 he raced a Porsche 962 at the Le Mans Classic and still competes at the Goodwood Revival. In the little town of Le Mans, meanwhile, he is a local hero.