“I came out if the esses and I must have hit a puddle I couldn’t see – it wasn’t the same the lap before and the car went virtually sideways,” says Richard Attwood.

“Somehow I managed to get it back, or it came back, I don’t really know.

“There were quite a few like that. You don’t dwell on that because you have to keep the car straight and get on with it. The mental stress was unbelievably heavy.”

Very little comes easy at Le Mans, but no race has seen as high a rate of attrition as the 1970 event, where just seven of the 51 starters were classified.

“I told my wife, we have absolutely no chance of winning this race”

Surviving the treacherous rain and dodging pile-ups, Richard Attwood and Hans Herrmann recorded the first overall victory at Le Mans for Porsche; the start of a winning sequence that has made the Stuttgart manufacturer the most successful in the race’s history.

A win for a Porsche 917 was no surprise. One of the cars had taken pole and the start of the race saw Vic Elford and Jo Siffert stream away from the rival Ferrari 512s, powered by Porsche’s 5-litre engine and with the longtail bodywork designed to maximise speed on the 3.7-mile Mulsanne Straight.

That wasn’t the car that Herrmann and Attwood were driving. Their short-tail factory 917K with the previous year’s 4.5-litre engine looked out of the running before the race began, qualifying just 15th and 23sec off the pole time.

“I told my wife, we have absolutely no chance of winning this race,” says Attwood.

His choice of car looked disastrous, but it was a logical move after the previous year’s race, the 917’s debut at La Sarthe. The serious aerodynamic flaws of the long-tail car left drivers fighting for control as it weaved left and right at speeds of more than 200mph.

“At maximum speed the car was all over the road,” says Attwood. “It was a life-threatening machine but we had to race it like that so we did.

“There’s a kink at the Mulsanne Straight that normally you’d take flat out in any car. But this was the only car I drove – previously or since – that you’d have to slow for it.”

That year Digby Martland was due to race the privately-run John Woolfe 917 but spun in practice on the Mulsanne Straight. He returned to the pits, got out and went straight home. Porsche factory driver Herbert Linge replaced him but Woolfe insisted on starting the race, says Attwood.

“He did half a lap and he died. Those instances give you some idea of what that car was like.” 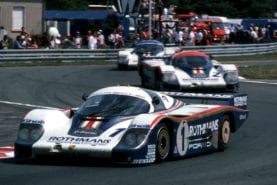 Despite the ever-present risk of a catastrophic crash, Attwood found himself leading the 1969 race, thanks to the pace of the car until, in the 21st hour, a gearbox failure ended his race. He says that he wasn’t disappointed for a second.

“I was quite happy when it broke. We were only three hours away from the win but I wasn’t concerned about that. I was concerned about me. I couldn’t have cared less about the race.”

So, the following year saw Attwood in the 917K, opting against the power upgrade used by other Porsche entries, in the hope of avoiding a repeat gearbox failure.

“The car was a lot slower than anyone else’s 917 and the Ferrari,” he says. “Mulsanne corner and Arnage – two really short corners – we must have been losing 2-3 sec out of just those each, and then we were losing time all round the rest of the lap as well.”

Expectations dampened, Attwood watched Herrmann start the race in their No23 car. “Just before the race the whole place goes completely quiet. That doesn’t happen any more because of the rolling start, but to have all those cars lined up – before the flag drops, the silence was just deafening. It was an incredible atmosphere.”

It was the first year that drivers did not start in the traditional manner of running to their cars, and Denis Jenkinson was unimpressed, describing the dropping of the flag as the moment that the race fell over and died.

Attwood recalls the first laps somewhat differently. “The start of the race was like a grand prix,” he says. It was just ridiculous – everybody else was quite stupid.

“They were all trying to get round on the first lap in the lead – and the second and the third laps. All these guys realised they could win it with the cars they got but they had to last the race as well.

“The pace was just stupid and the race came to us, as Le Mans does. It either comes to you or it doesn’t.”

After 30 minutes the rain began, and car No23 began moving up the field.

“Four Ferraris went off in one accident,” says Attwood. “One of the Porsche factory drivers [Siffert] missed a gear and over-revved it. The other driver [Porsche’s Mike Hailwood] didn’t come in when it was raining. He had dry tyres on and crashed.”

By the early hours of the morning, Attwood’s Porsche was leading. “We had done nothing for that to happen,” he says. Everybody had made way for us to be the leader.

“The others might think they had bad luck, but you make your luck and a lot of them made mistakes – silly really.” 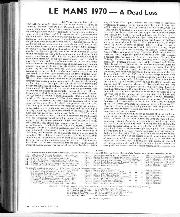 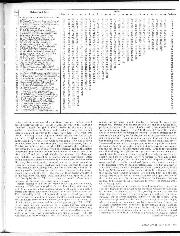 As the rain lashed down, Attwood was busy ensuring that his luck didn’t run out. “It was so wet that you might hit a puddle that wasn’t there the lap before and you’re out of that race.

“You couldn’t lack a fraction of a second of concentration because the car was ready to break away. There were so many times when I thought, ‘Am I going to get the car straight in time?’

“I remember those [‘69 and ‘70] races so vividly because they were massively dangerous.”

Attwood was also suffering from mumps, but didn’t know it at the time. Unable to eat, he just drank milk to keep him going during the race.

The end of the race would bring victory, but as with the previous year, Attwood was just relieved that it was over.

“If we had a big one in those cars you needn’t bother going to look for the driver because he wouldn’t be there.”

“There was no euphoria, I was absolutely drained,” he says. “My wife and I drove to a Porsche party for 7.30pm and I just couldn’t stay awake.

“I stayed there for 20 minutes and I went. It was just ridiculous, I thought, ‘I’m a real wimp’. The combination of my illness and fatigue with what I’d done, I was completely gone and I missed it, so I went home. There was nothing left in the tank.”

Victory was momentous, but Attwood maintains that it didn’t mean as much as it does today. “There have been another 50 races [since then] and the euphoria is bigger and the ballyhoo and bullshit is bigger than it was,” he says. “Those 50 extra years of history has made more of an impact on the race itself.”

He does remain proud of his achievements in an era where drivers had to balance speed with the need to nurse their car to the finish, and where a single missed gearchange or error could end the race – and their lives – instantly

“Today the cars are totally stable,” he says. “They have downforce and massive weight to hold the car to the ground. They can’t miss a gear, they can’t over-rev the engine. 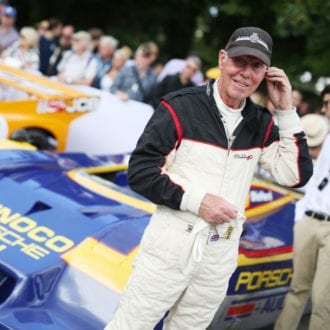 “The cars are completely sanitised today. If they have a 120mph, 130mph crash they very well might survive.

“If we had a big one in those cars you needn’t bother going to look for the driver because he wouldn’t be there.

“There’s nowhere near the same danger and it’s not the same excitement for the driver. That’s why a lot of the current drivers go to Goodwood revival because they just want to give the cars a good old thrash and go sliding. That sort of thing hasn’t happened for years now.”

This weekend, Attwood should have been at Le Mans, celebrating the 50th anniversary of his famous win, and basking in the glory of the crowd.

Instead, he says, he’ll be at home but probably not watching the virtual race that’s taking place,

“It’s just not the same,” he says. “People crash and they can get going again. I do know there will be a skill there that will bring the best guy out on top but I don’t get it.”

For the man who conquered the treacherous 1970 race, that doesn’t come as a surprise. 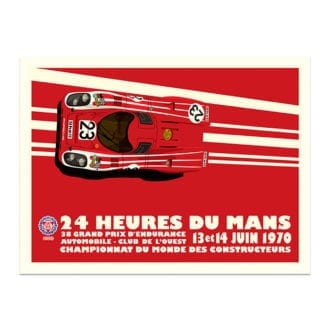